Not that Cellini dominated my space optically or acoustically. I'd already hosted the telephone booth-sized €20'000 Usher D1 and Audiodata's 2m+ €39'000/pr Scupture. Acapella now exuded rather more elegance and flair. Fit'n'finish were of a very high level to suggest luxury furniture. A particular touch are the massive high-gloss bronze horns in whose deep throats shimmer the bluish specters of honest-to-God plasma tweeters. 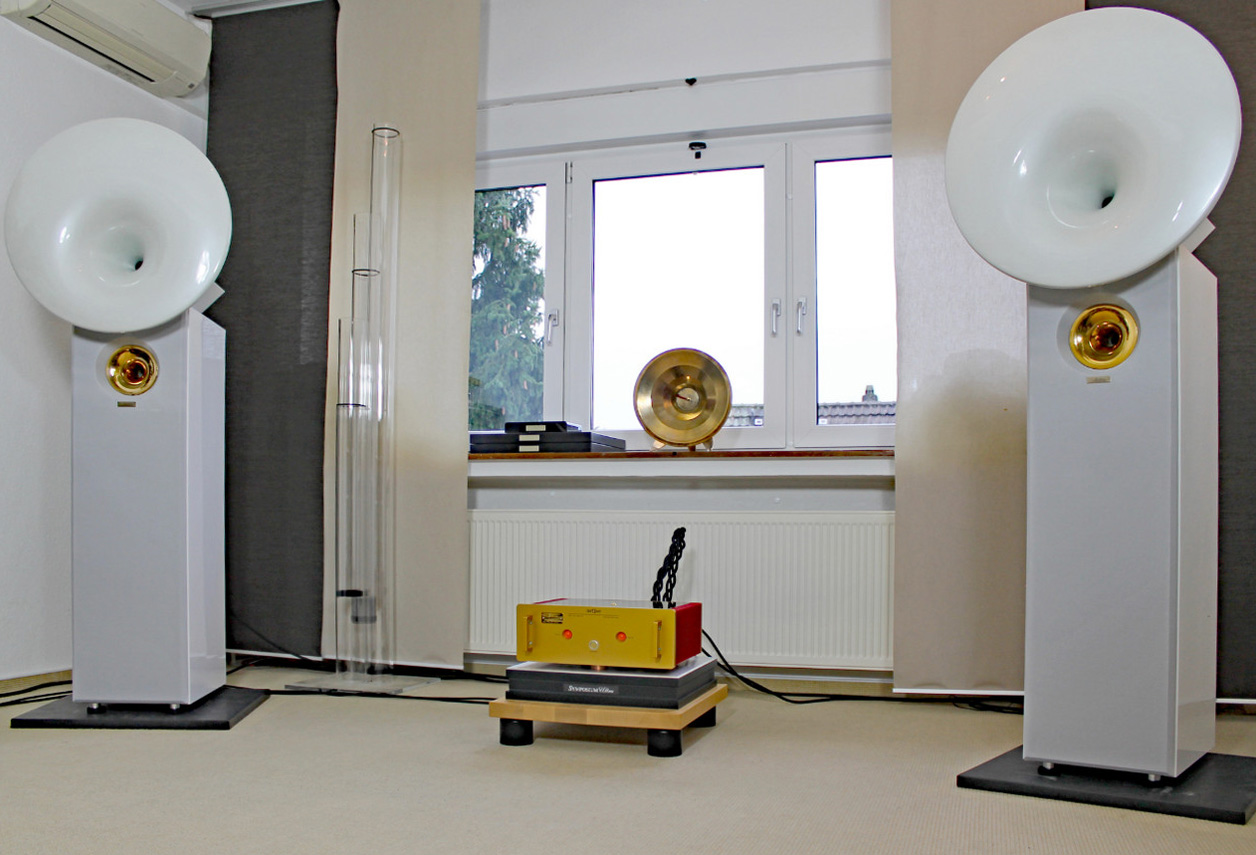 Above the upper mids, this model exploits horns to amplify and control the sound. The lower registers rely on conventional woofers customized for Acapella by Norwegian supplier Seas. These dual 10-inchers will do an astonishing 5'000Hz if allowed but Cellini blends them out at 800Hz with a shallow slope. This covers the lower midrange/mids without ever approaching acoustic/mechanical stress. Despite excellence in the vocal range, one shouldn't dismiss their bass competence in this sealed alignment. Over the standard Cellini, the 'High' version adds a second invisible woofer behind the grill-covered outer woofer. This operates in an isobaric-style compound system as Richard Rudolph referred to it. It expands reach to an impressive 20Hz and eclipses the single-woofer Cellini also on clarity and impulse control.

The High Cellini accommodates the bass/room equation in three stages. In the 'off' position, the internal woofer acts as a pure passive radiator. In the 'cut' setting it gets electronically damped to prioritize control and dryness. At 'on', both woofers are fully driven to win 3dB of efficiency over 'off'. These differences aren't homeopathic but easily heard. With many rooms quasi allergic to too much bass, the passive option can be a lifesaver. My room enjoys a bit extra so I used both woofers fully active. In the vocal range and treble, the firm's signature hyper-spherical horn takes over whose asymmetrical function is good for up to six octaves but in the Cellini only covers 800-7'000Hz – roughly four octaves. The actual tweeter behind the horn is a 15mm Seas soft dome. 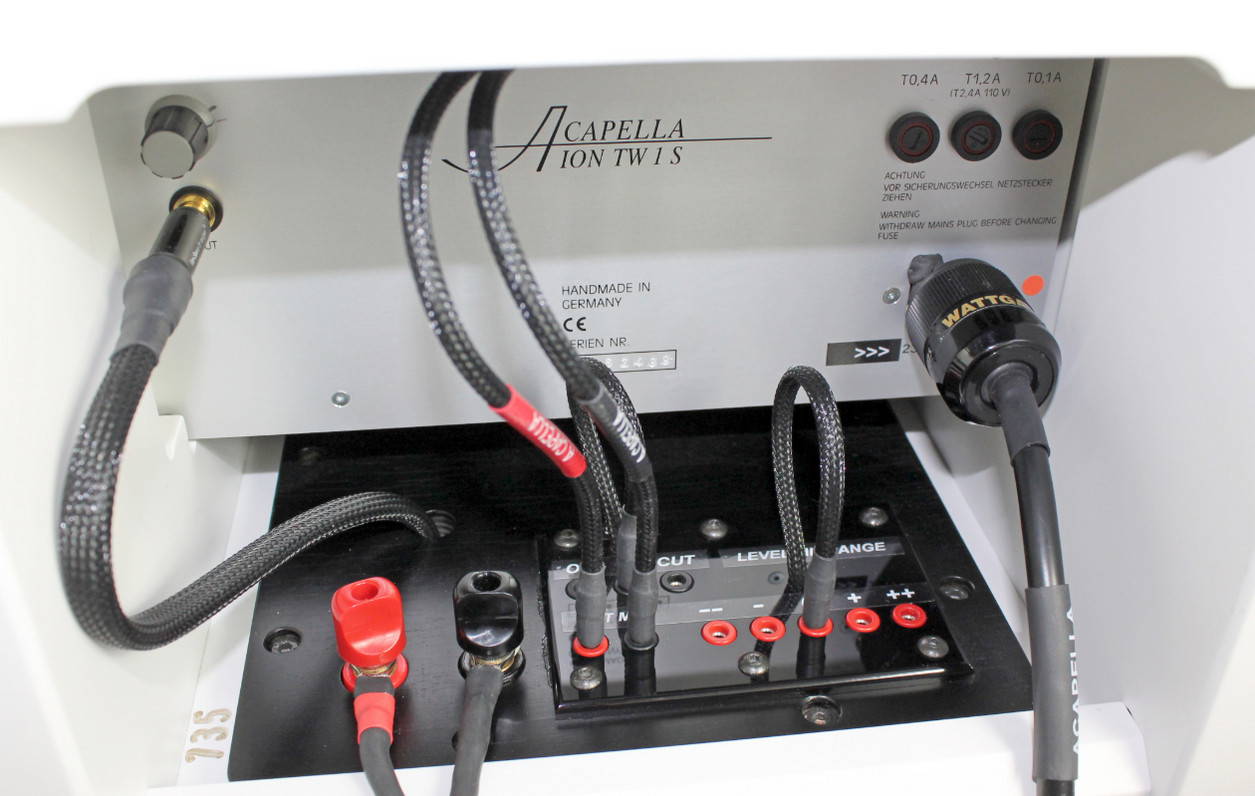 Behind the bronze horns sit the firm's legendary Ion TW-1S tweeters. Finding a faster more impulse-correct HF transducer should be impossible. This covers 7'000-40'000Hz to behave like a virtual super tweeter. The operational principle of a plasma tweeter requires AC power so suitably long power cords are included. And there are more adjustments. The mid/high range offers five levels which are set with these jumpers. Their offsets don't split hairs either to be real-world useful. After trying them all, I ended up in the golden middle as shown but different rooms respond differently. Finally there's a pot for the ion tweeter but beware: adjusting the plasma flame doesn't just affect the highs but (really) the bass and soundstaging as well.