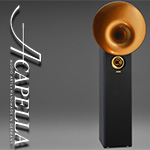 This review first appeared in May 2020 on fairaudio.de. By request of the manufacturer and permission of the author, it is hereby translated and syndicated to reach a broader audience. All images contained in this piece are the property of fairaudio or Acapella – Ed. 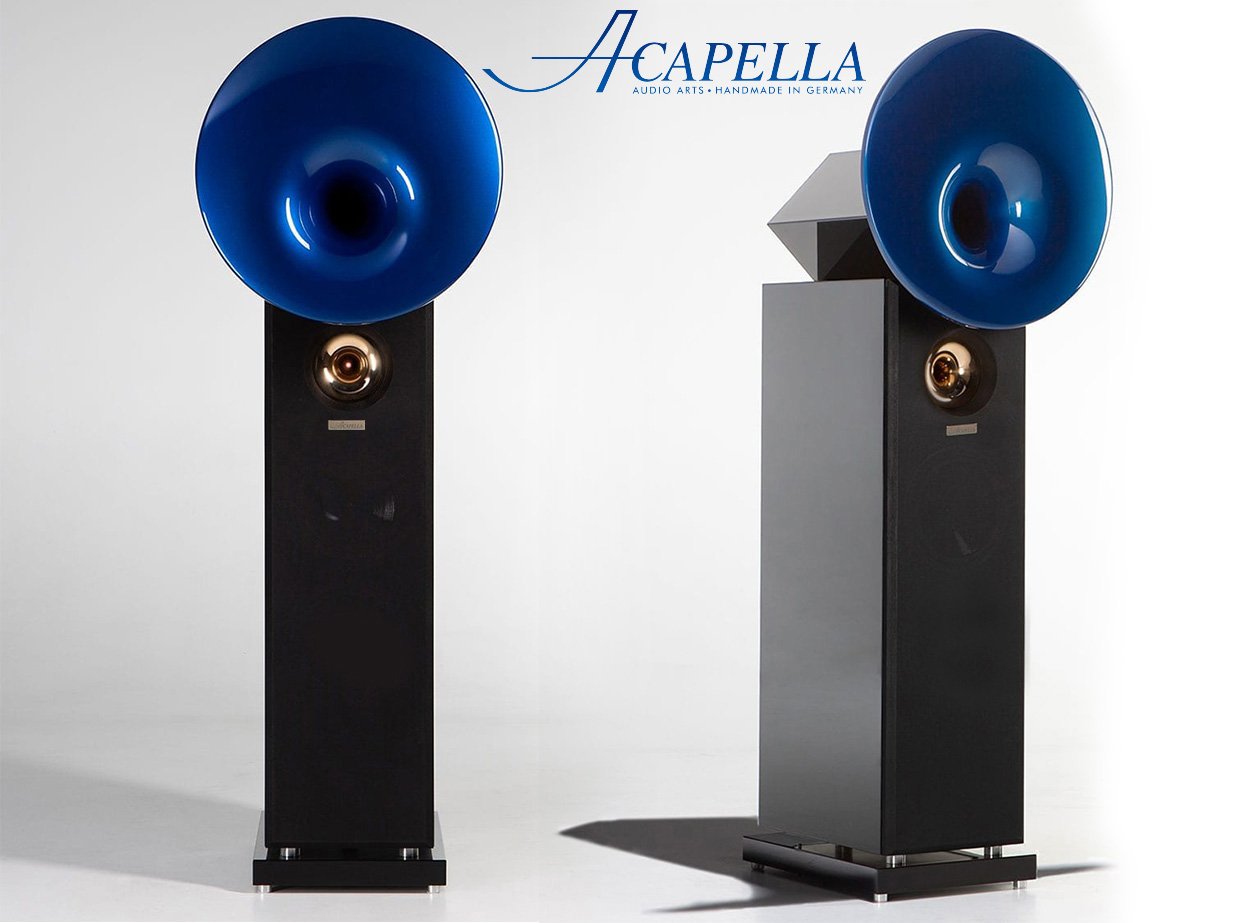 Manufaktur. The word conjures up visions of artisanal handiwork and very high quality, even customization to please individual clients. In short, the opposite of modern mass fabrication. The shadow side of such virtues is the typically lower turnover hence higher build cost. But so increases pride of ownership. That adds intangible value. I'll never forget a friend's happiness who rewarded himself with a pair of shoes from legendary London workshop John Lobb. In embarrassment, I looked down at my own rather more mundane Deichmann footware. Doubtlessly his Brit kit's life expectancy will far exceed mine so he figured that his higher price would soon amortize. I calculated his break-even to come home in roughly… er, 250 years. But that I kept to myself. Some things are simply priceless. 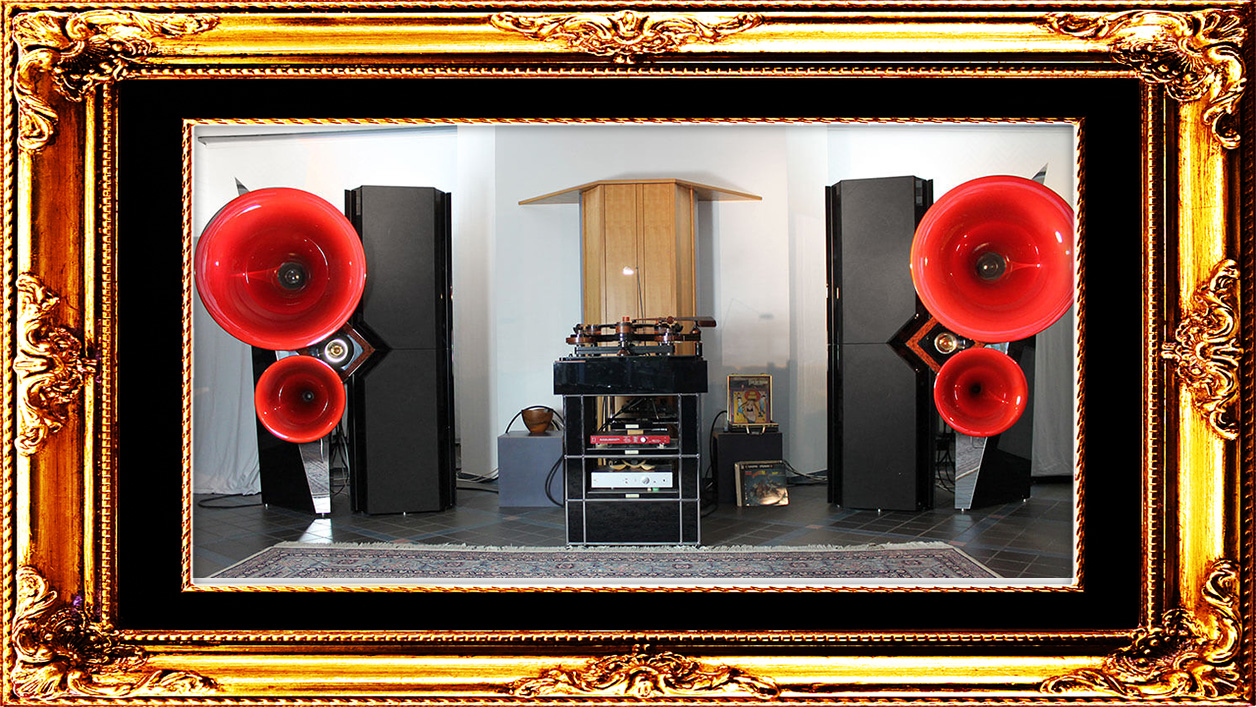 All this crossed my mind across from Acapella Audio Arts designer Richard Rudolph discussing this review of their High Cellini. Rudolph did confirm that at heart they really work like that to focus not on maximal volumes but maximal sound quality. Of course purveyors of mass-produced miniature speakers often claim likewise. Here in Duisburg things simply are just a bit different. Last year I had opportunity to attend a presentation of their big €500'000 Sphäron Excalibur reference horn speakers. There I gained serious respect for the approach and standards of this speaker house. It warned me upfront to not mistake any of the tall 31-year old's words as harmless fluff.

€37'000/pr will get you a pair of 'standard' Cellini. Today we're spending €49'000/pr on the 'High' version. For the stiff surcharge, one gets not just tighter-spec'd parts including super-matched drivers and a pure silver internal wiring harness. One also buys higher-performance bass. More on that anon. With professional reviews, it's become good practice to state personal bias or potential conflicts of interest upfront. In said spirit of transparency, I'll say that I've owned €20'000/pr Acapella La Campanella for going on six years. Those served me so reliably and well that no serious thought of upgrading them occurred to me since. Now they'd make temporary room for the High Cellini which in this catalogue marks entry into the world of ion tweeters. And entry (cough) here meant getting about 240kg of speaker into my first floor. Given Acapella's experienced muscle, this came off surprisingly swift in one afternoon. 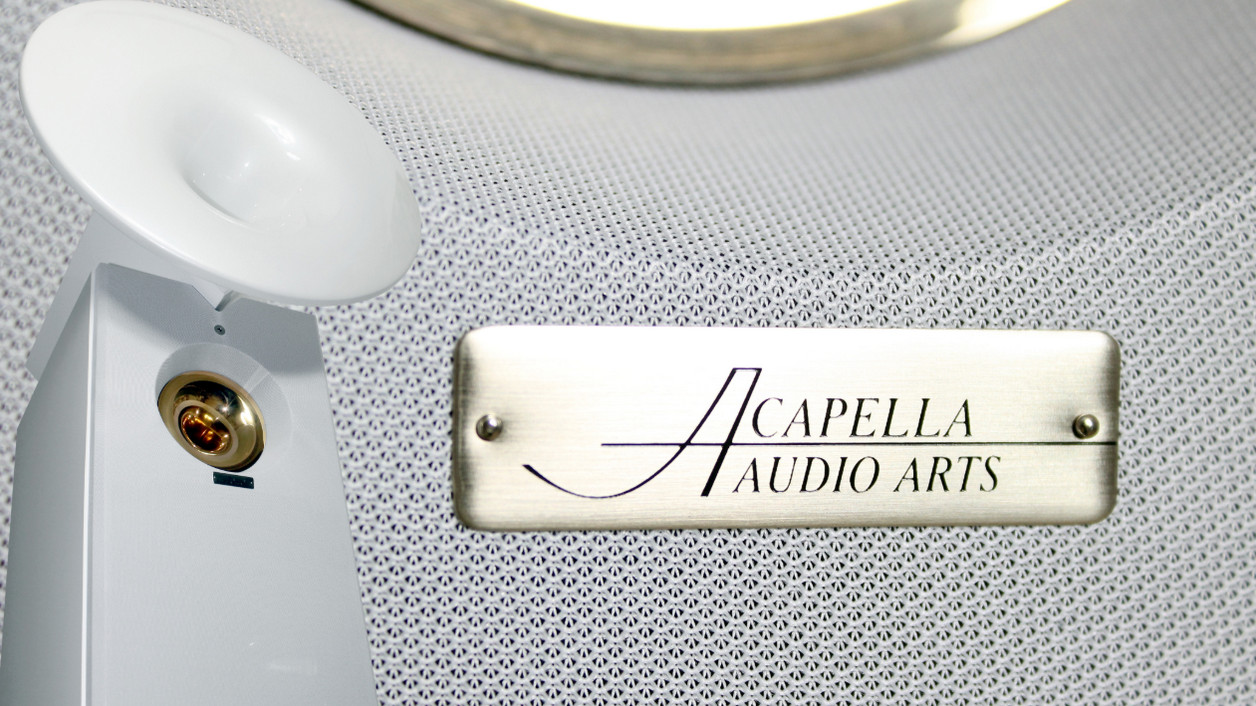 Acapella speakers aren't just acoustic transformers. They're fine furniture, artistic sculptures and at times even monuments. At least that was my reaction when a pair of black/red La Campanella first took up pride of place. Naturally the bigger Cellini compounded the effect despite having seemed more demure in Acapella's capacious demonstration facility surrounded by enormity à la Campanile, Apollon and flagship Sphäron Excalibur. In my room though, 168cm of pearl-white lacquer crowned by radiant white horns with the substantial diameter of 62cm were a quite different number. They demanded immediate respect.