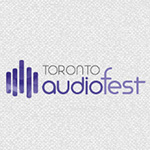 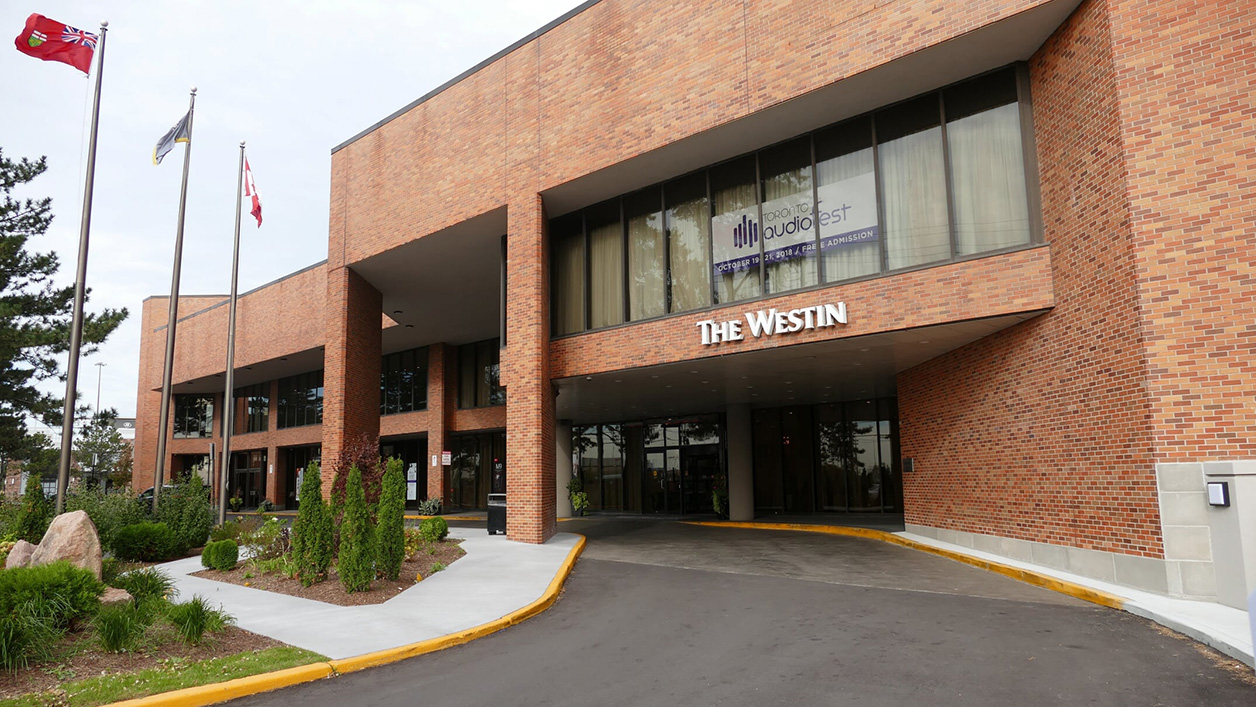 Friday's opening of the Toronto Audio Fest marked an auspicious beginning for a re-emergence of a dedicated audio show in the GTA. Though quite successful in its own right, the move to a broader show CES style had drawn mixed reactions from the hardcore audiophile contingent over the past few years who would have preferred an exclusive audio venue. Organizers of the Montreal Audio Fest Michel Plante, Sarah Tremblay and Benjamin Scarcelli heard that murmur of discontent and decided to bring their style show to the Toronto area. And so on October 19th, the Toronto Audio Fest opened its first exhibition at the Westin Toronto Airport Hotel. 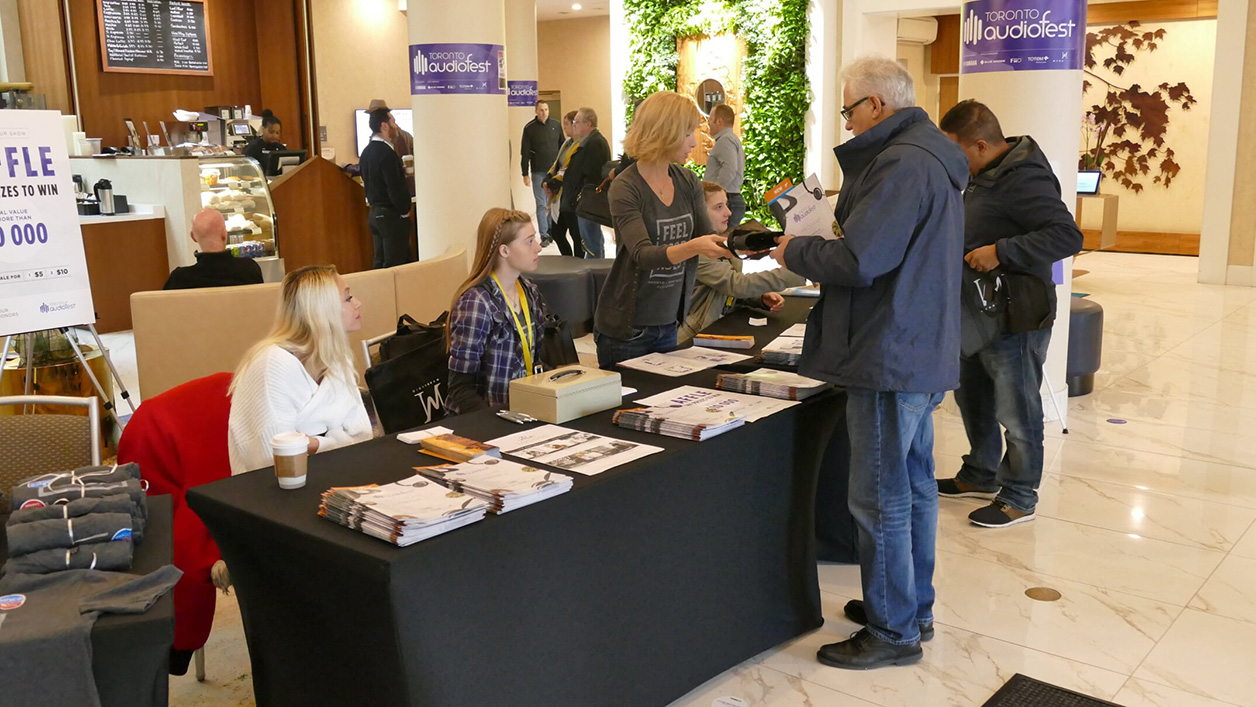 The affair spanned over four floors and offered a generous amount of content. Sufficient price spread represented the gamut from the affordable up to the impossible dream categories. Performance in all cases seemed quite high, showing that good care had been taken to wring the most from the accommodations provided. Intimate demonstrations were held in standard hotel rooms complete with the traditional headboard décor. Bigger pricier fare was situated in ballrooms. Traditional floor and hall displays with their gauntlet of tables factored too. Live music was available thanks to the efforts of a large roster of talented performers including show staples Anne Bisson and cellist Vincent Belanger. There were seminars, allowing the public to listen and chat one on one with industry professionals. The focus here was very much 2-channel audio. JVC were the sole bastion of uncompromised video holding down the fort with their exceptional DLA projectors. Otherwise it was all a feast for the ears. 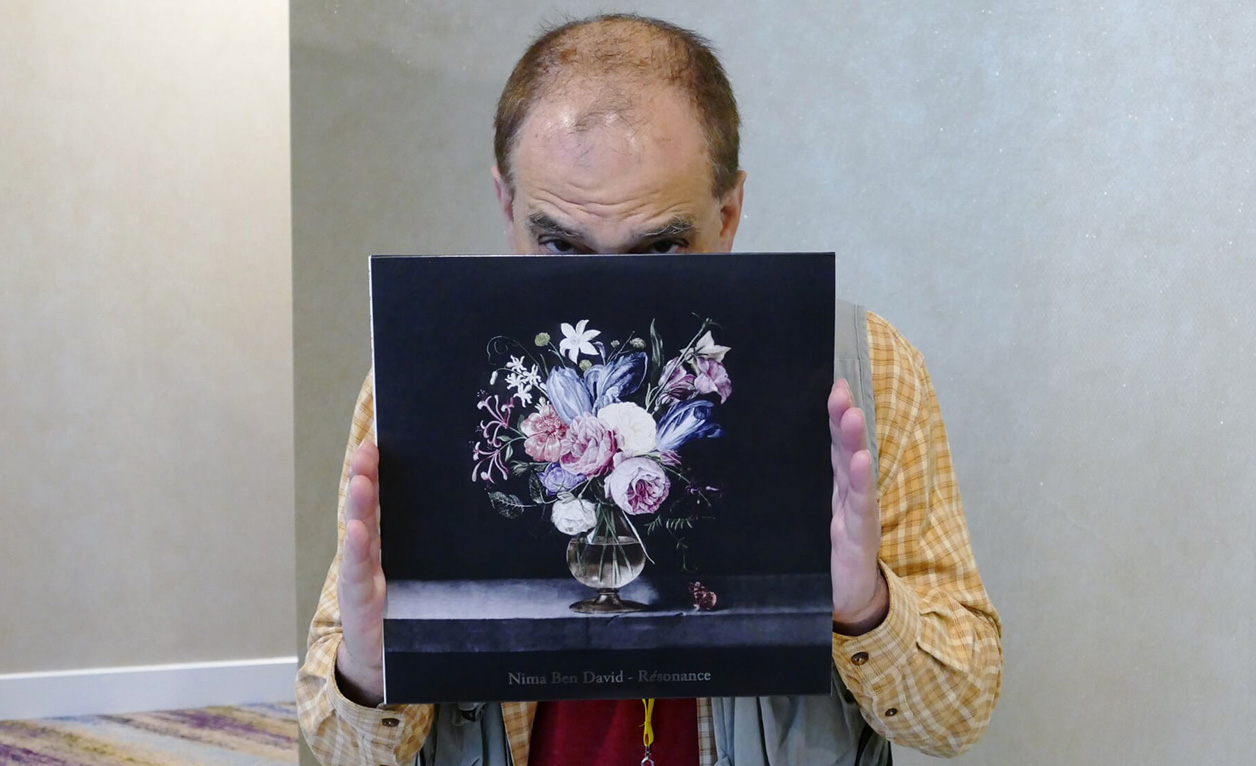 Records and CDs were available at various locations. The albums were very much hot sellers and even exhibitors scooped up demonstration material. Engineering wizard and source of good humour Todd Garfinkle of MA Recordings was himself on display along with his recordings. 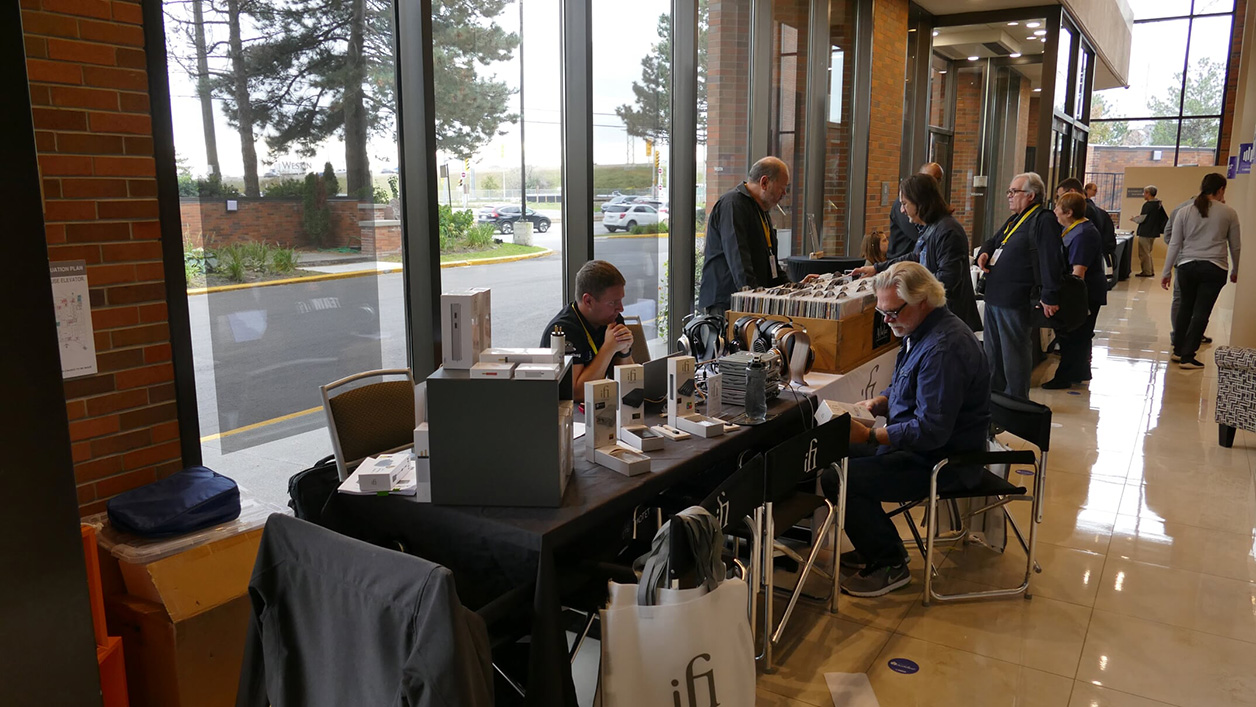 Record cleaning was available from Kirmuss Audio who handled a steady workload from the public and exhibitors. 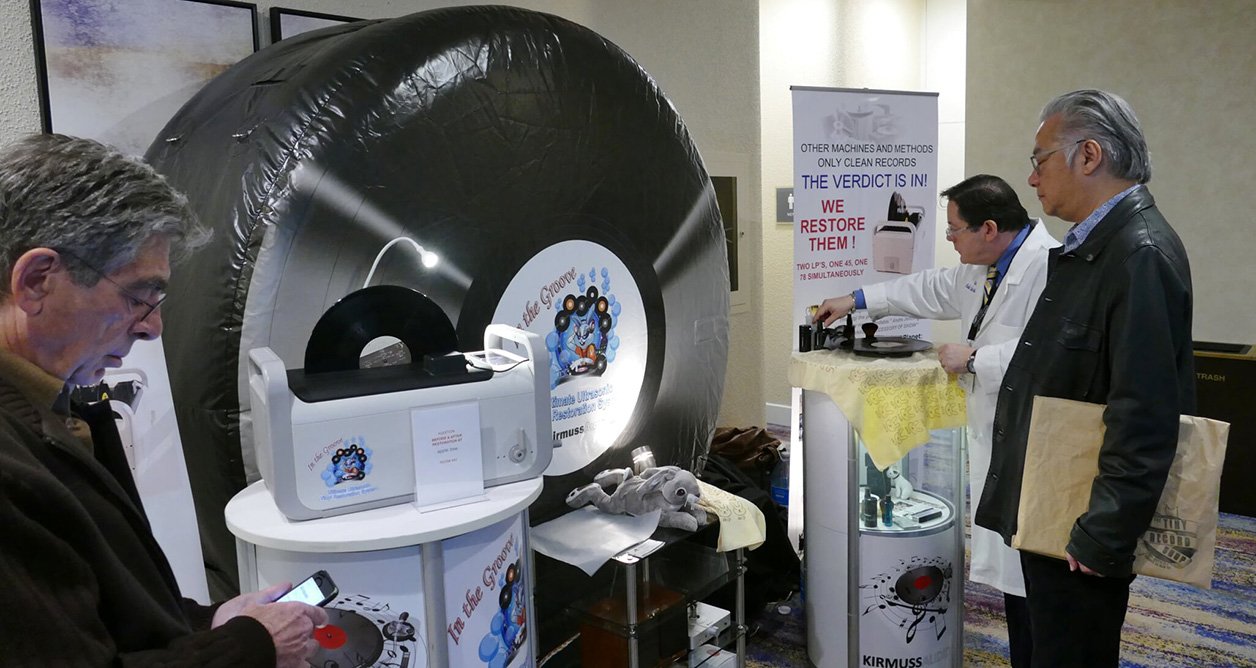 There was a wealth of display tables along the corridors, featuring accessories, tweaks, headfi, even hearing tests. 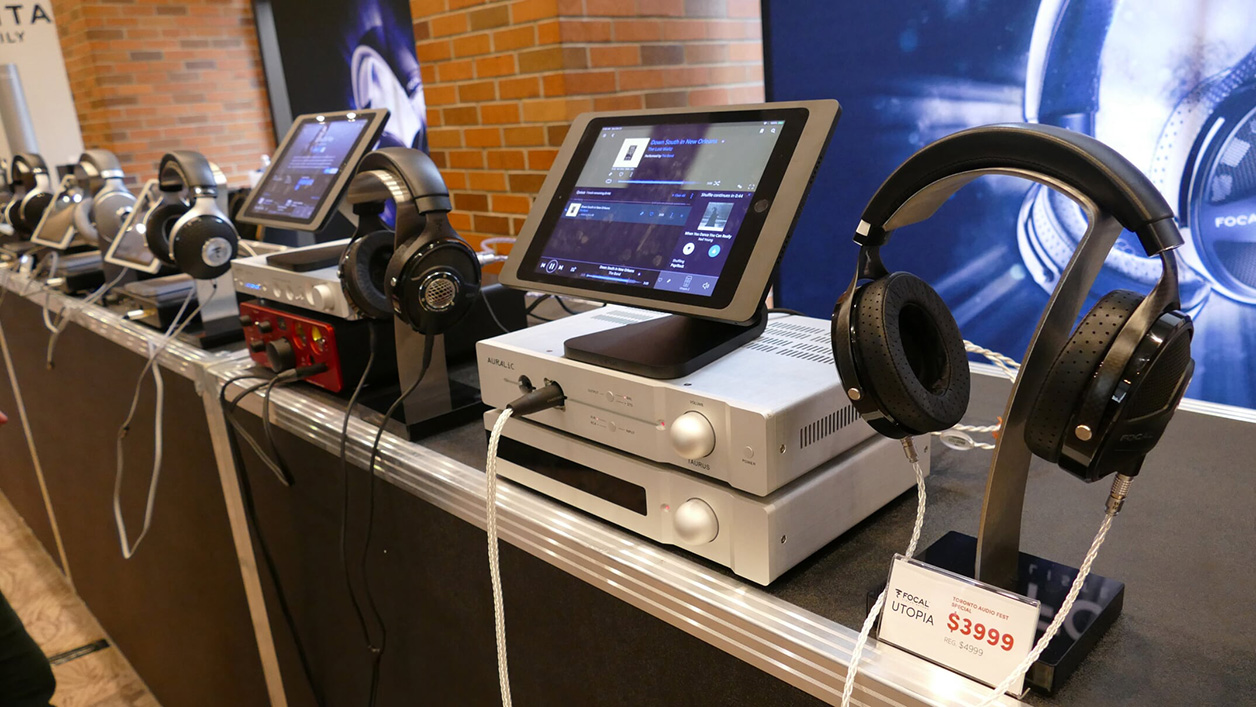 Audio Sensibility did brisk business at their display table and Steven Huang showed off his beautifully finished Signature rectangular OCC speaker cables. His products have always brought a good taste of extreme performance at real world pricing and these looked like winners once again. 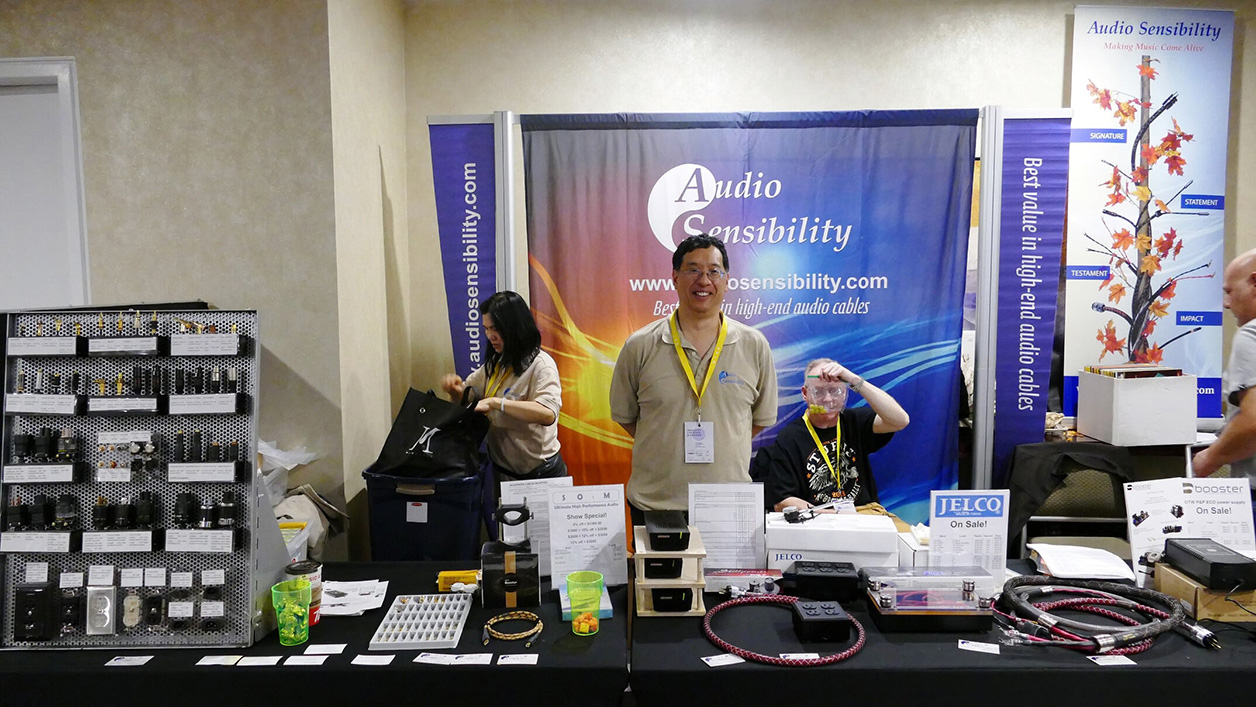 Mike Tang of Mike Tang Audio was on the floor tables minus his superb Feastrex widebander. His focus this time were turntable products ranging from unique platter and plinth designs to tonearms in a variety of different materials including glass and a magnetic arm pivot. 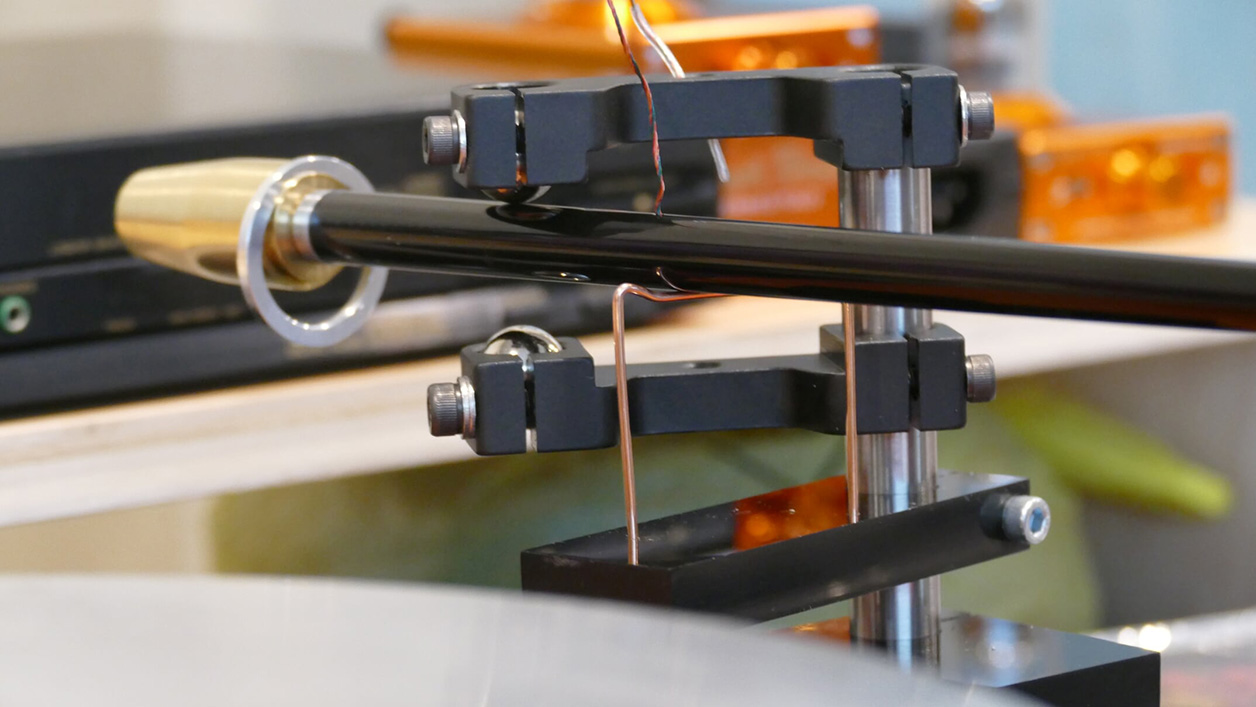 One worthwhile tweak stop was Isoacoustics. Every few months I find that Mr. Morrison's allotted demo area has expanded to match his growing assortment of isolation hardware. Anyone dropping by to experience the demonstration of their effectiveness walked away shaken and impressed. The product works and the difference isn't subtle. 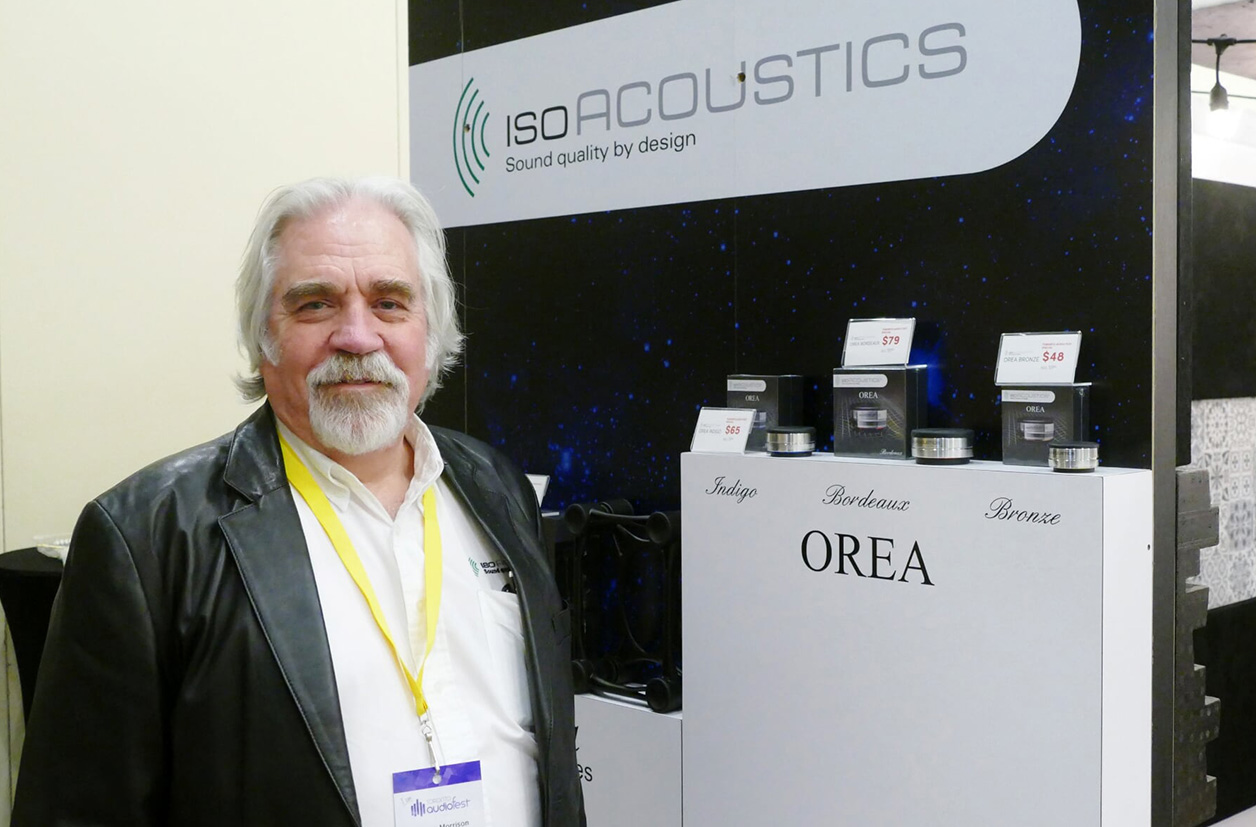 Moving to the headphone world, that contingent was well represented in the hallways as well as dedicated listening rooms courtesy of FiiO and The Headphone Shop which made a good start for my hardware tour. 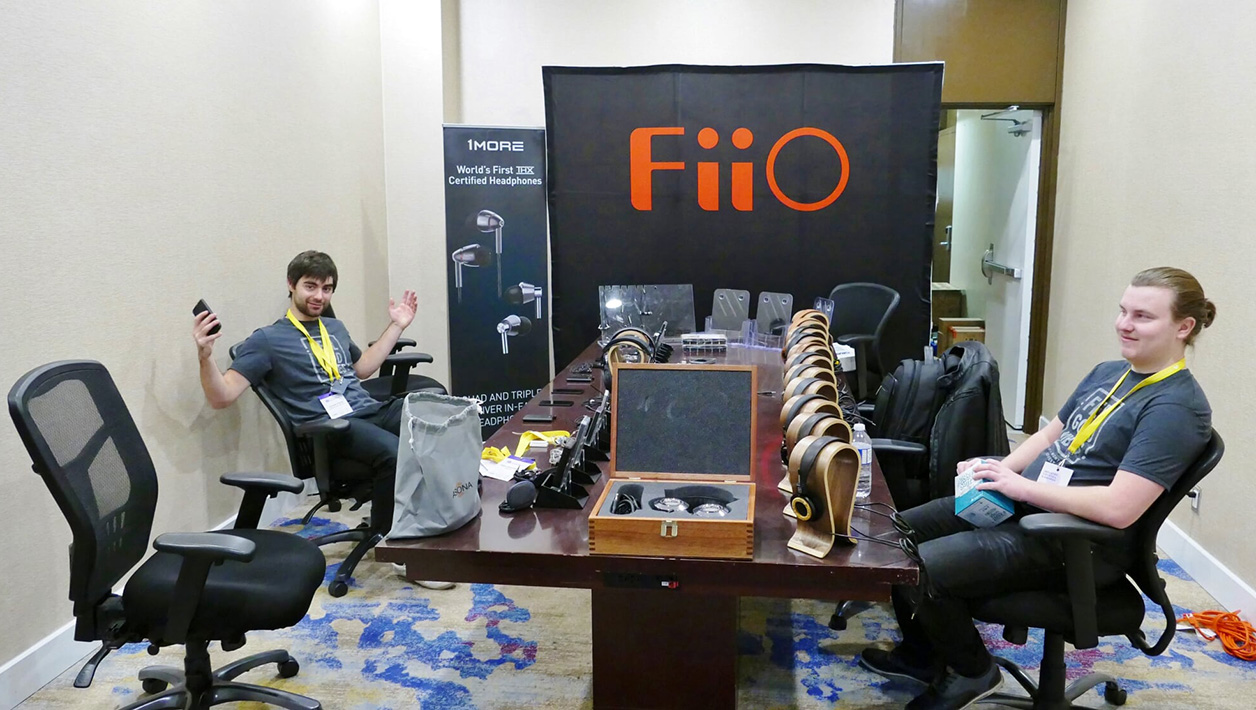 Here I came across a solidly built HA-300 statement tube headphone amp from Cayin replete with outboard tube power supply. At about the $5'000 mark, it performed like a flagship and paired with various headphones I tried was, in a word, exquisite. If you're looking at the top tier, you might want to have a listen to this aggressively priced beauty. 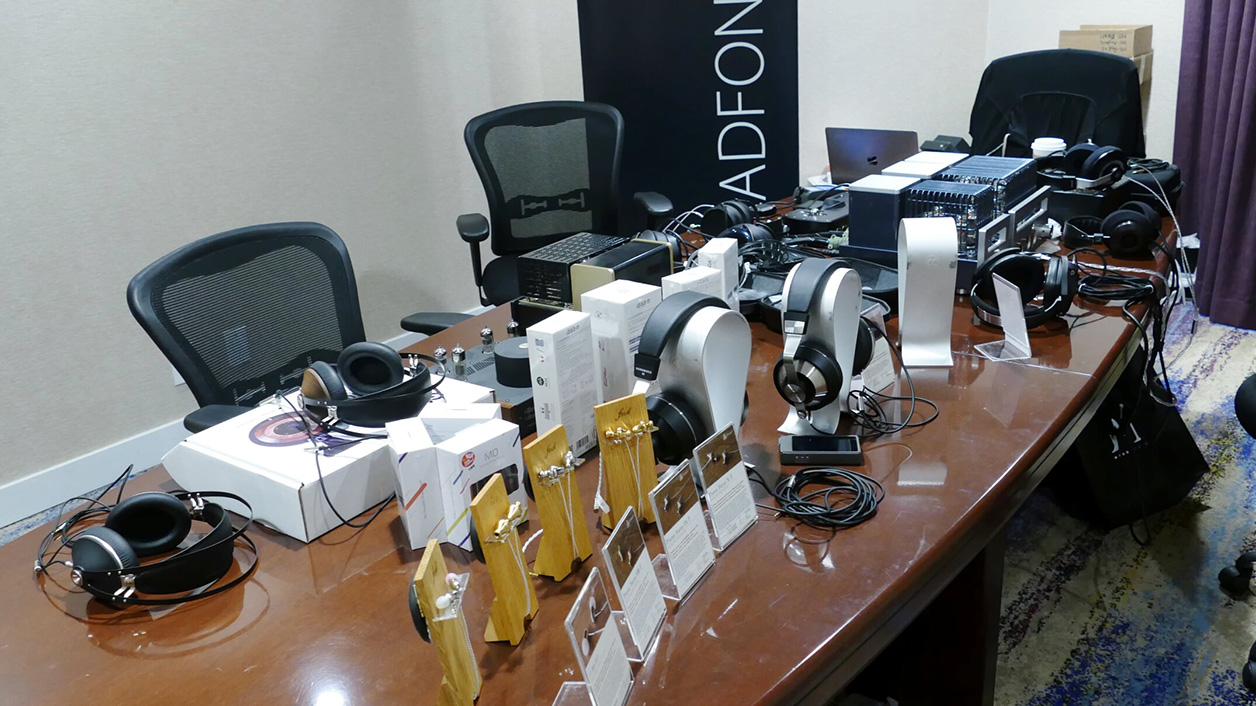