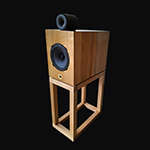 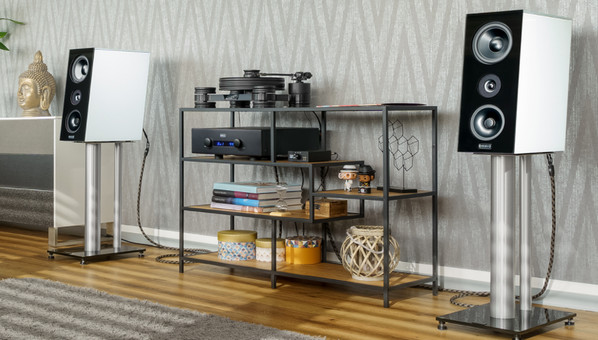 We know of topless beaches. Today is about the bottomless sort. In your own home no less. Perfectly pervy, that. Best get out the shaver.

Actually, it's an excuse to shine up the notion illustrated by this new Audio Physic Spark. For all intents and purposes, it's a bottomless Codex. Someone took a bandsaw to the floorstander's belt line and removed everything below it.

Alain Pratali had the same idea for his Aurai Audio portfolio. Three unusually deep monitors with dipole mid/woofers loaded into a short horizontal quarter-wave line remove the 4th-order band-pass woofers of the equivalent floorstanders. See below.

While the German monitors don't need a sub, the Frenchies aren't tuned for maximized bass extension. They do expect one.

Having spent much of 2021 canvassing stereo 2.1 solutions, I've arrived at Dynaudio's 18S, a force-cancelling 2 x 9.5" active compact from their Pro division, for the upstairs system. Downstairs ended up with a 2 x 15" passive Ripol version compliments of the resourceful Martin Gateley of sound|kaos. Wherein lies a tale already spun in its review and origin story. Seeing that it's late December so a season for a few good deeds, I'll reiterate the short-form gist. It starts by acknowledging that the most expensive bit in loudspeakers is their passive bass power and reach. Boxes get ever bigger, heavier and pricier just to eke out a few more cycles and SPL. So the smart money reaches for the bandsaw. It goes 2.1 (or 2.2). To maximize dynamic range and minimize distortion, one filters out the low bass from the speakers which the subwoofer handles instead and far better, too. The necessary high-pass filter might embed in the digital bass management of a Bel Canto DAC, Bluesound integrated or Lyngdorf network receiver. It could execute in an outboard digital crossover à la German Physiks. It could be an analog version from the likes of Aavik, JL Audio, Magico, Passive Preamplifier, spl, Sublime or Wilson.

While this bolts on bottomless bass down to possibly the felt-not-heard infrasonic range depending on how big and capable a subwoofer you get, it doesn't yet address room gain. That's free SPL from 360° reflections caused by long bass waves behaving omnidirectional. Unlike an anechoic chamber which absorbs all reflections, normal living rooms doubling as listening dens don't absorb bass. So we hear line-of-sight direct bass followed by a lot more ricochet so late bass. Unless we listen to true omni speakers from Avantages, Bayz, Duevel, German Physiks, mbl or Veddan, this omni behavior doesn't cover the whole audible bandwidth. It's a partial hence nonlinear effect. With rising frequencies, sound behaves ever more directional. The flood light of the omnipresent bass becomes a narrow flash light in the treble. The result is an obvious discontinuity of textures and timing. Bass is looser, ringier and more reverberant than the more damped focused rest. That's the status quo for 99.9% of all home playback.

On top of that, our room's boundaries—front to back wall, side to side wall, floor to ceiling plus corner diagonals—and their precise distance relationships cause so-called standing waves with concomitant peaks and dips in the response. Those are most severe and obvious in the bass. Into this area steps so-called room correction software to linearize the response. What it really can't do is add damping aka absorption in time. Our bass still plays the whole room with all its reflective surfaces to be heard multiple times. It might be more linear in the frequency domain but in the time domain is still a blurry mess. Enter speakers/subs with more directional bass. These are our dipoles so open baffles and panels. Their radiation pattern creates big suck-outs at the edges where in-phase frontal and out-of-phase rearward energies meet. There they die by cancellation. If reflections dominate normal box bass by a factor of 6:1 vs. its direct output (four walls plus floor and ceiling = 6 amplifying surfaces), dipoles reduce that imbalance by at least the sidewalls though some cancellation remains in place upward and downward so attenuates ceiling and floor gain. 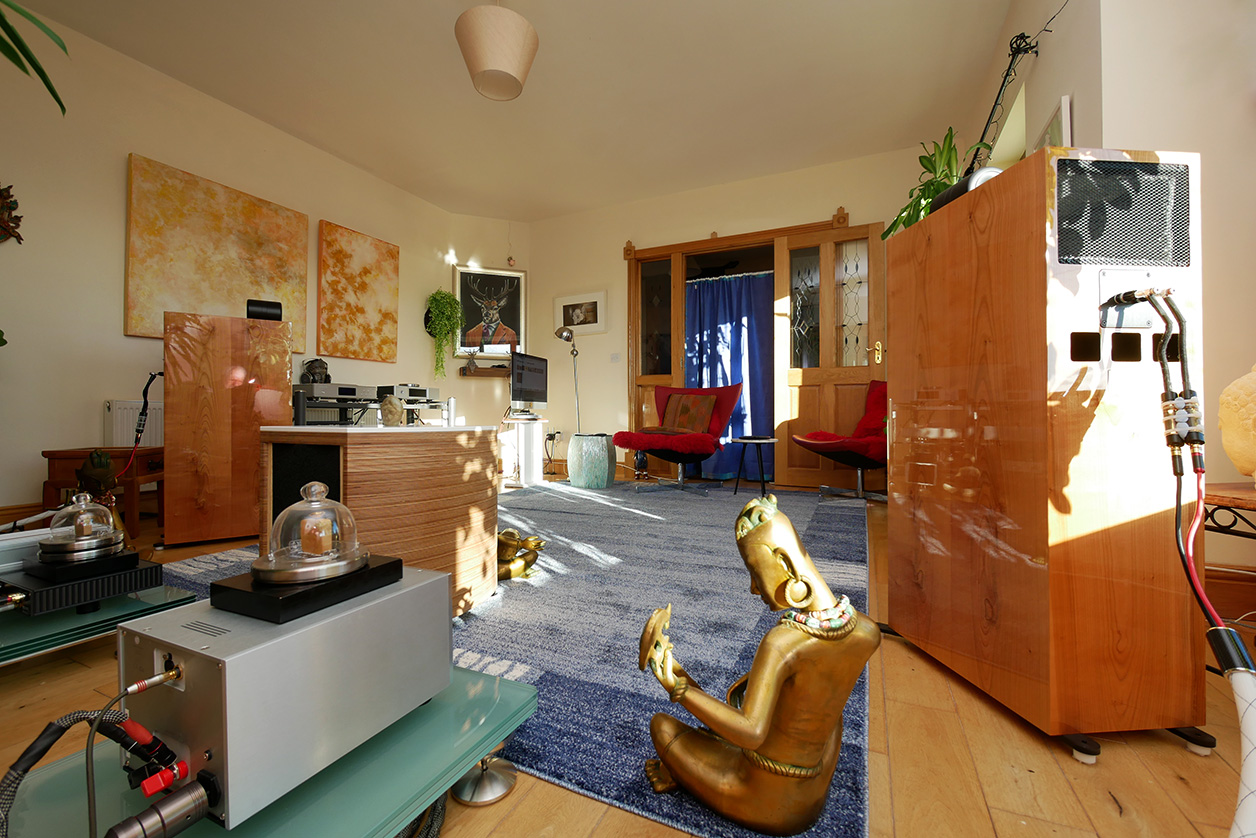 Cardioid speakers like the Kii 3 eliminate most front-wall reflections and much reduce sidewall bounce for a similar improvement in bass timing and intelligibility. Lastly come Ripol bass systems based on an expired patent by Alex Ridthaler. They show up integrated in speakers by Bastanis/Zugspitz, Ecobox and Voxativ; and as standalone subs by ModalAkustik and sound|kaos. They add atop the dipole 'figure 8' advantage more reduced output against the front wall for inherently very directional bass. Without any passive or active bass traps, they remove a lot of the ubiquitous room blur and time delay in the LF. They ditch free room gain to be far less efficient on that score. With it, they ditch room gain's problematic impact on room-mode excitation and textural blur whereby bass won't stop on time; and play Cancel Culture on bass migrating into adjacent rooms.

Ripol bass is my discovery of bottomless bass. It works splendidly but behaves/sounds rather different than boomy box bass. It's denuded of echo so the Full Monty. The closest thing you might have heard would be dipole so open-baffle bass. In so many words, that's my personal top discovery of 2021. It's what I want to share in this season's spirit. And yes, I'd no longer need the above full-size Lieutenant cabs. I could replace them with their halved monitor versions. I'd see open box stands instead of solid boxes. At the time, these Aurai monitors didn't exist yet and the DSUB 15 was still just an idea so it didn't occur to me to go bottomless. But if you plan it right, you might go bottomless to save money, reduce cosmetic impact and achieve superior sound across a still wider bandwidth and with much improved time-domain performance in the low frequencies. Cheers.