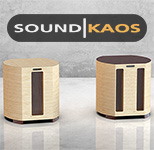 Sublime? On average, a standard woofer is asked to move up to 80 x per second, a tweeter x 35'000. It's easy to see why woofers are thought slow. Whilst with the nekkid eye we'll never see a tweeter move, we might watch a woofer shudder or try to jump its hoop. Big excursions move sufficient air for desired loudness. That a woofer's action can be visible but never a tweeter's probably pools into the 'slow bass' notion. There's more. Imagine sound like three-dimensional snooker. When the strike ball hits, its target fractures. It doesn't just pursue a linear path bouncing off table rails until energy exhausts. It pursues simultaneous paths. It hits all of our walls, floor, ceiling and room objects. That's because sound propagates in all directions. It would across their bandwidth also with speakers were those perfect theoretical point sources so infinitesimally small to radiate spherically. But most speakers are boxes. Their drivers aim only forward. For sound to wrap around and go omni, wavelengths must exceed baffle width. In box speakers, treble and midrange don't. They behave directional. They radiate into so-called half space so forward and in increasingly attenuated fashion sideways. The long bass waves wrap around the box to behave as full-space radiators aka omnidirectional. 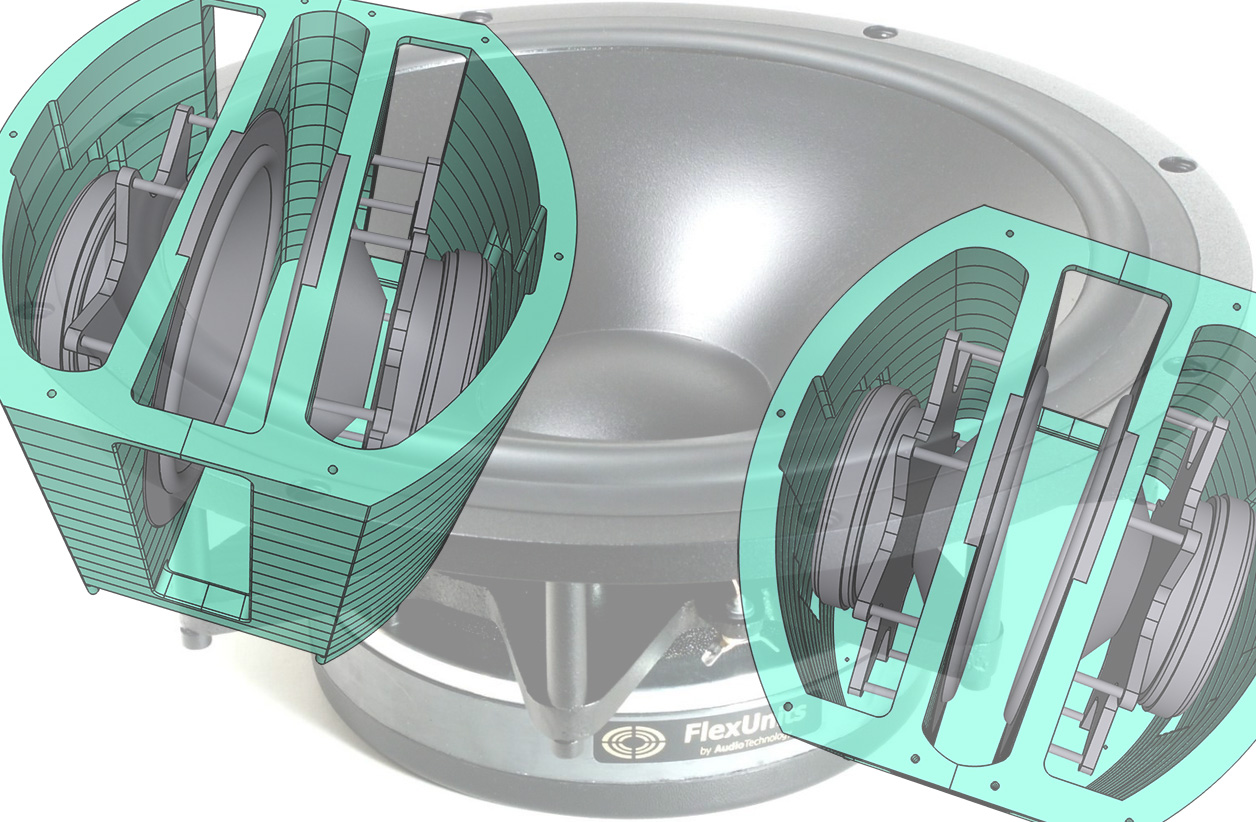 So we hear the same bass multiple times. First we hear the direct sound aimed straight at us. A bit later we hear what went the other direction, reflected off the front wall, then came back. In-between we hear what reflected off other boundaries for a delay that slots between direct and latest arrival. Anything that arrives late is slow by definition. There's no two ways about it. The larger our room, the greater the lengths to which rear-firing ricochet sounds go before they arrive at our ear. Though our brain attempts to sum direct and reflected sound into a singular event, it doesn't take genius to see that 'attempt' needn't equal total success never mind zero effort. It's perhaps easiest to say that the bigger the delay, the more imprecise and bloated our bass. Its outlines are fat, their edges fuzzy and the smallest details blurry or wiped out in bloom.

Phase shift too is a delay albeit by contrast very small. If bass arrives at our ear not only late but out of phase with midrange/treble sounds and its own higher harmonics, attacks smear and soften. Critical listeners won't call such bass snappy or precise but warm and bloomy. It's why Wilson's top speakers pursue adjustable physical time alignment despite not practicing 1st-order filters. Even sound delayed by one or more full cycles will register its attack more sharply when its excursion overlaps parallel excursions elsewhere in the bandwidth rather than becomes a rarefaction. It's all push at the same time, not partial push and pull for conflicted messaging in time. So there is something to slow rumbling bass.

An obvious if impractical antidote is the infinite baffle. A subwoofer mounts inside the front wall. Its flush emanations have nowhere to wrap. The entire wall acts as front baffle. Of course coupling a low-bass generator to a wall cavity transfers sound to the other side of the wall for neighborly miff. It also kills time alignment with the mains unless those too are in-walls or digitally delayed. Here Bruno Putzeys' Kii III active monitor proposed another way. The orientation of its multiple woofers plus heavy DSP creates strategic out-of-phase cancellation for cardioid dispersion. That means full output to the front, much reduced output to the rear. Having reviewed it, I can vouch for its efficacy. You can stand behind that speaker and barely hear bass. An even more obscure solution is Alex Ridthaler's Ripol whose patent expired. It's a specific dipole variant which creates destructive interference aka out-of-phase cancellation at the sides—so no sidewall engagement—plus reduced output at the rear plus lowers its woofers' resonance frequency plus works as a velocity converter not pressure generator. For details, read my origin story. 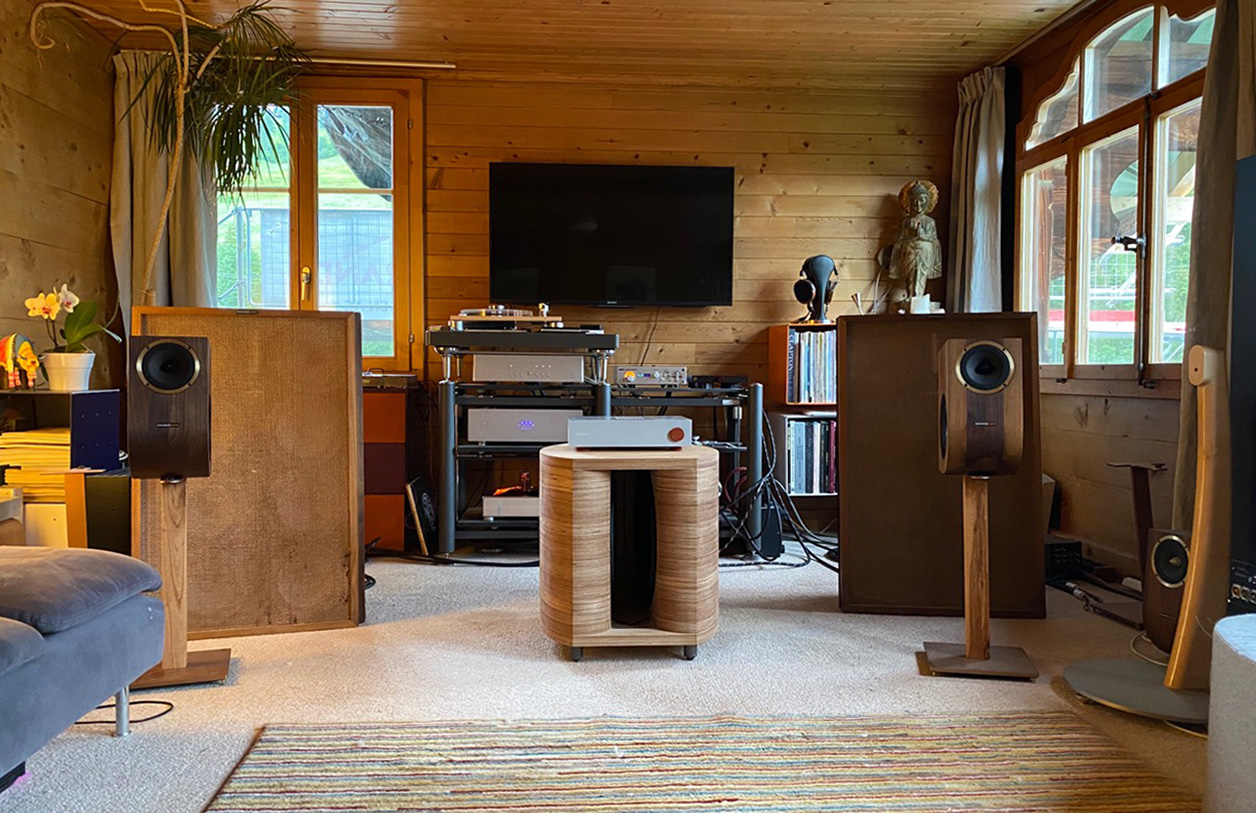 Here it suffices to say that the DSUB 15 from sound|kaos auteur Martin Gateley goes beyond just adding low bass. It transforms a sub's usual omni-directional bandwidth to behave directional. That eliminates typical room snookers, pressurization issues and box talk. It does so without DSP or latency. That's what makes it fundamentally different from not just box subs but even standard dipoles. As with the latter, the price to pay is scaled-up surface area to compensate for lack of room gain. Here that's dual 15" woofers so the 353.5 inch² cone surface of a single 21" woofer. Raw air movement is generous. That Ripol loading works as advertised I knew from Voxativ's Pi bass, EcoBox's Daydream and Modal Akustik's MusikBass. Due to its smaller 10" woofers shown on the next page, the latter white sub began its acoustic roll-off at 35Hz to be 6dB down at 18Hz. The bigger sound|kaos is designed to go lower.