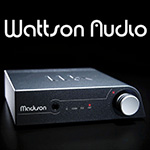 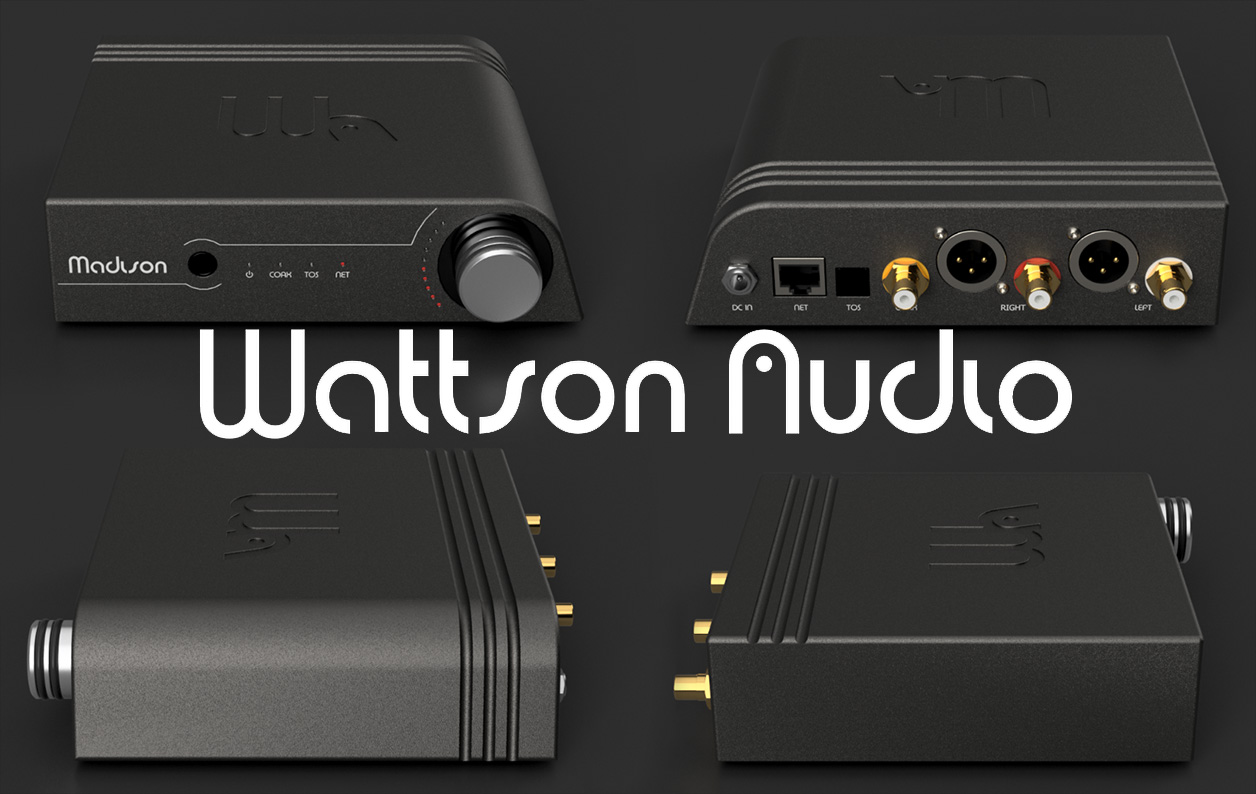 From ABC to Engineered. It's how a Swiss firm in Canton de Vaud's Yverdon-les-Bains rebranded. As ABC PCB they built circuit boards for French firms Anagram and Audio Aero and most their domestic high-end scene. As now Engineered, particularly their 8-layer network card is in high demand so shared by many competing brands which they can't name due to the usual non-disclosure docs. Like image consultants and ghost writers, OEMs get paid for quiet contributions, not to share in accolades. From a review by French contributor Joël Chevassus for his own magazine, we simply know that Anagram/Audioaero reborn as Vermeer Audio once again rely on Engineered expertise for their Swiss-red boards below. 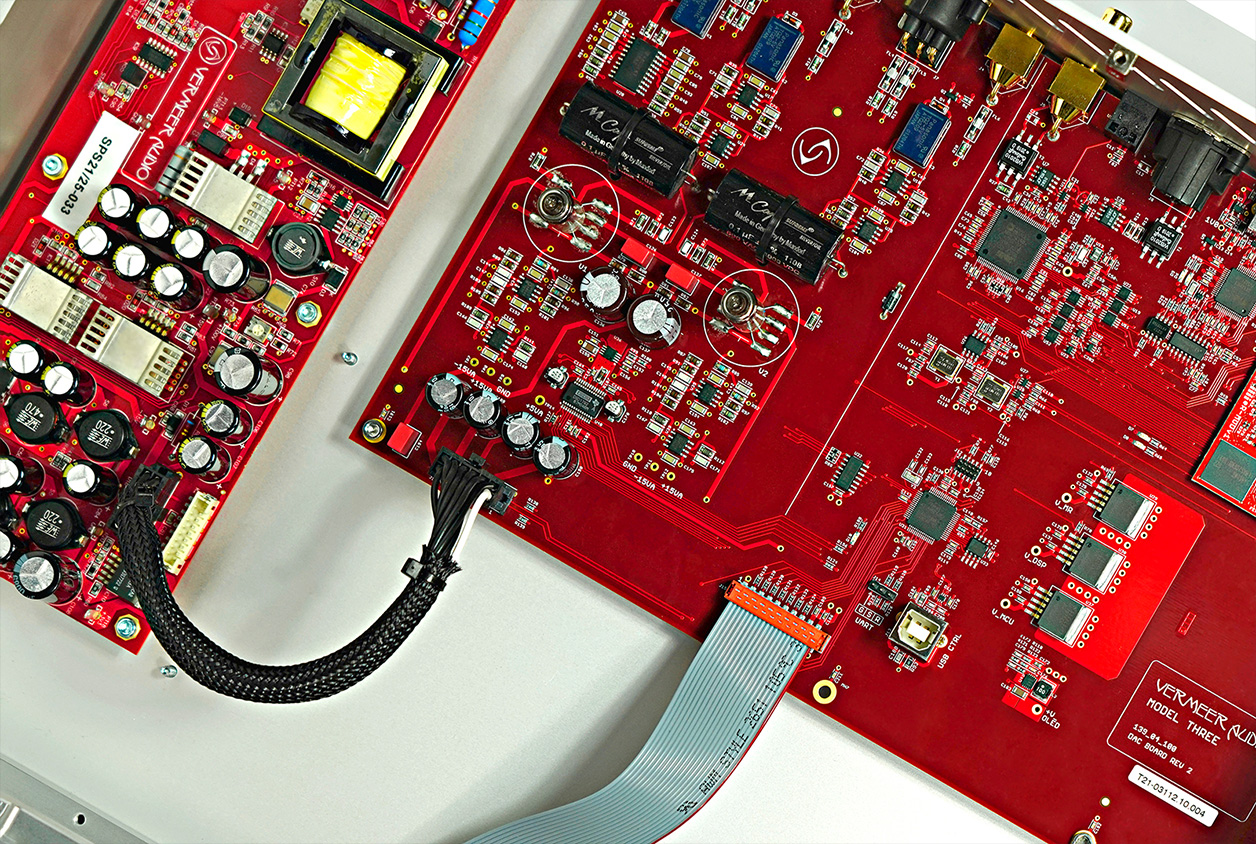 To break out of self-enforced anonymity, Engineered's own brand Wattson Audio demonstrates their chops with open credit for who engineers and builds it. As to what goes on inside CH Precision, darTZeel, Goldmund, Illusonic, Nagra, ReQuest or Soulution gear is for their owners to confirm. Pop bonnet, loupe innards. If a brand opted for their own name on the board, it'll take more sleuthing to identify origins. Suffice to say that in CH and to industry insiders, Engineered S.A. under chief designer and main shareholder Alexandre Lavanchy are very well known for their OEM expertise. By January 19th, Wattson sales manager Guy Cheval who a week prior asked me to translate/syndicate fairaudio's Emerson Digital review wrote that "we should launch a new streaming DAC in the coming weeks that'll be more ambitious than our Emerson Analog at left." I put my name in this particular hat and that's how we arrived here.

Sherlock to Wattson: the game's afoot.

Time to set the morphine aside and see red. That's the famous flag of the Confoederatio Helvetica aka CH with the central white cross. Its arms are equilateral, their ratio of length to width is 7:6. The size of the cross relative to the red field was set to 5:8 in 2017. Hey, Swiss precision. "The Swiss flag is one of only two square sovereign-state flags, the other being the flag of Vatican City. The emblem of the Red Cross is the Swiss flag with switched colors." Is that why some view the ultra-conservative Swiss as being just a bit square? The Canton du Vaud where Ivette and I lived for eight years injects French laissez-faire for a terrific combination of Teutonic functionality and Gallic gusto. Circle the square, Leo.

Avenue des Sports 28, not 221b Baker Street. Famous for its thermal springs, Yverdon-les-Bains on Lake Neuchâtel is home also to PSI Audio, makers of unique active bass traps, studio monitors and builders of Rowen gear. The town has offices for Nestlé, Philip Morris Int., Honeywell, Cisco Systems and bio-tech firms like GlaxoSmithKline, Medtronics and Merck. Engineered SA was founded in 2004. In this older Vimeo video, CEO Alexandre Lavanchy talks us through his work with the Illusonic processor when his company was still known as ABC PCB.

Now we have some color commentary for Wattson's parent company. Time to get familiar with their latest product. 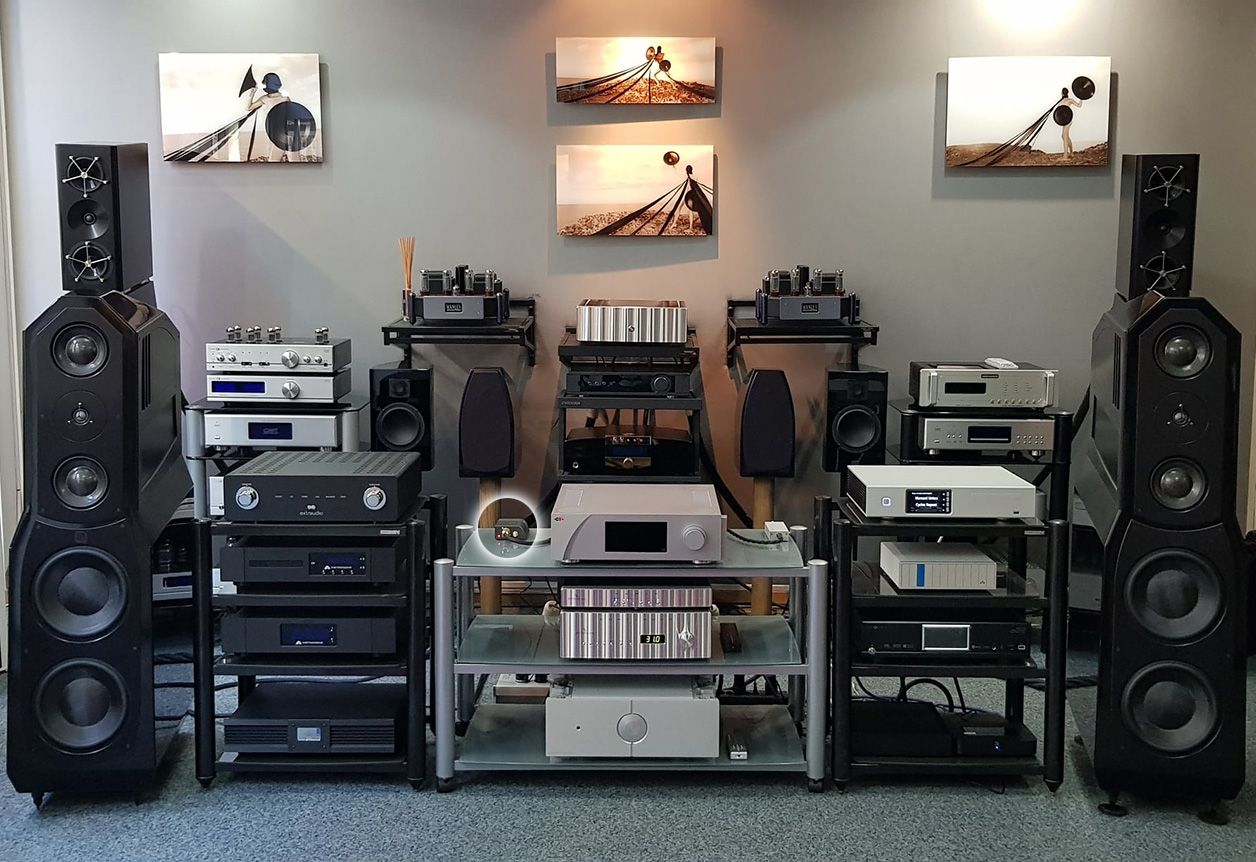 A drop of Emerson in a sea of he-man hifi.

Already for Emerson, the company had dropped an update a week past our review. They'd incorporated Leedh Processing as do 3D Lab, Kalista, Lumin, Métronome, Soulution and Vermeer. A simple firmware update adds the feature to older Wattson units. Didn't it stand to reason that their bigger new machine would come with it, too? I'd just experienced it with Lumin's P1. In our system tuned to work best with a passive magnetic linestage, I found Leedh's code to be even more lucid without any loss of body, in fact more; at ±30dB of signal cut. In the right context, this new digital attenuation with lower quantization noise can eliminate a premium analog preamplifier for superior sound. That's even if one listens low to need a lot of signal decimation. Of course use isn't mandatory. If one prefers an analog preamp, set volume to max and bypass the algorithm. Having options is good.

Due to ultra-compact form factors, Wattson's Emerson in pure digital and analog form uses an external switching wall wart. Did the new model go bigger just to incorporate a superior switching or linear PSU inside its case?