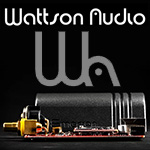 This review first appeared in January 2022 on fairaudio.de. By request of the manufacturer and permission of the author, it is hereby syndicated from the German original to reach a broader English audience. Ed.

Watts up? Watts on? That would be small, black and pure: hello Wattson Emerson by Engineered SA. Before we get to our German colleague's translated copy, here's the note which accompanied this syndication order. "Dear Mr. Ebaen. I hope you are doing well and that 2022 started you off good. You may not remember but we met some time ago in Munich at the Illusonic booth. At the time Wattson Audio didn't exist yet but I was there to help Christof Faller welcome people and give demos of the IAP system." I did remember Guy Cheval and their advanced multi-channel demo. A few years later he now held shares in a brand based out of Switzerland's Yverdon-les-Bains. That's home also to PSI Audio who aside from their own products build for Rowen. I even knew of a maker of elite analog electronics who was considering working with Wattson's parent company on their first digital circuit. Small world; and it keeps on turning and churning. Ed 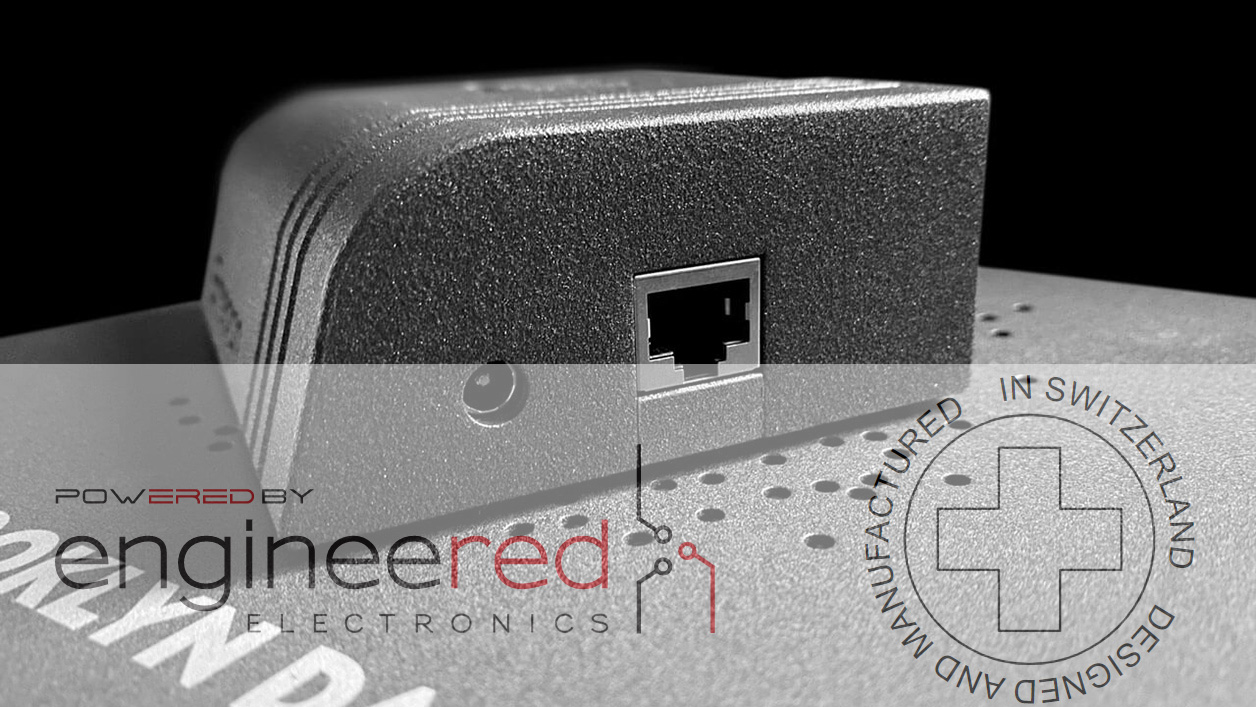 If the name didn't ring your bell, ditto. Wattson were news to me, too. But remember them now. Undiscovered pearls which surprise with uncommon ideas do exist. Certainly a streaming bridge like today's—trimmed back to compact essentials to pursue best sound with uncompromised purity—isn't the norm. There's also the equally minimalist Emerson Analog counterpart whereby our Swiss team in the canton of Vaud integrate a DAC. We'll be looking here at the Digital version with AES/EBU and coax outputs instead. Say sayonara to Bluetooth, display or physical controls. Their absence spells out a maximally tweaked signal path. Only two small red LED on the bottom of the front signal operational status. On the other side sit a port for the external 5V power adapter and a 100Mbit/s RJ45 Ethernet socket for LAN/router connection. As to the PSU, I believe that even seemingly excessive investments in upgraded power supplies can make sense to encourage experiments. My colleague Jörg Dames reported on benefits with his SOtM-sMS-200ultra here. 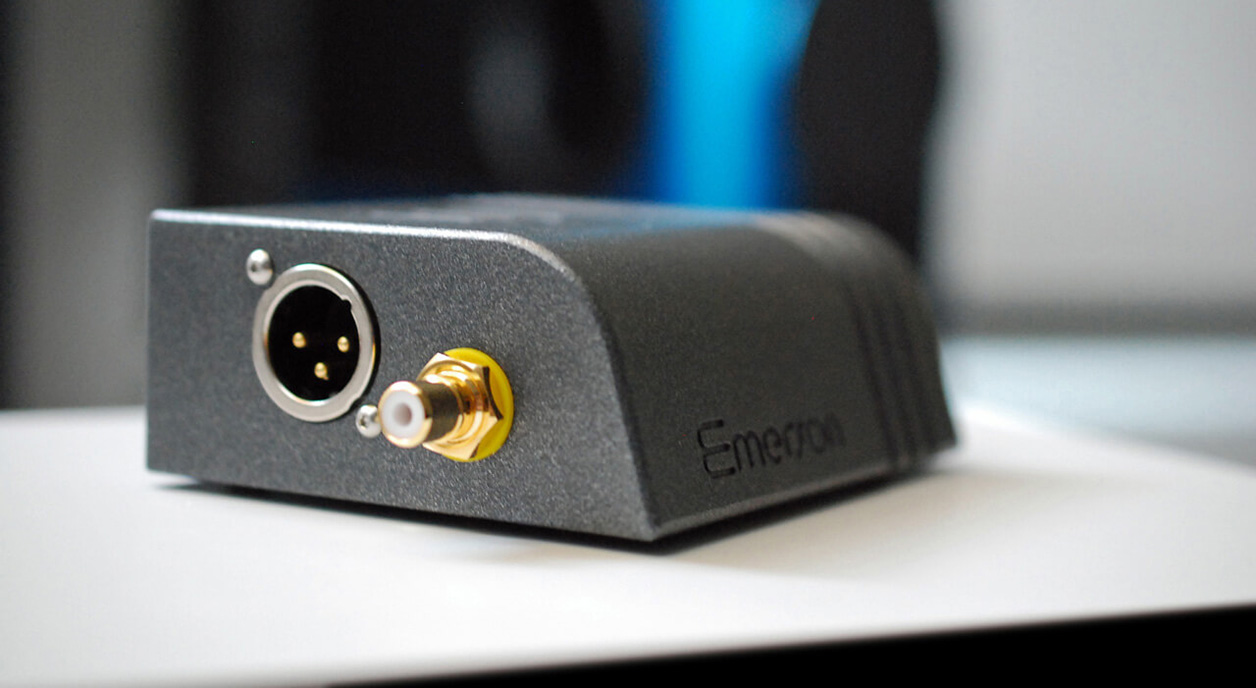 Wattson supply a 'medical grade' switcher. Power draw is a respectably low 2.5W in use but for green EU legislature, the 1.5V idle figure is too high. Here it'd be clearly desirable if we could turn the device off entirely inside its app. Efficiency the Wattson Emerson Digital—WED from now on—also practices with its pert 10x9cm footprint. In no need of an extra shelf, this deck looks high quality and will shake hands with DACs or the digital inputs of active speakers, preamps or integrateds. I had no criticisms with the fit'n'finish of the carved-from-solid aluminium chassis under its thick powder coat. Au contraire. 'Swiss made' also meant robust connectors where even repeat on/off swaps of a massive Boaacoustic EvolutionBlack AES/EBU cable never suggested having to be careful. 'twas very practical ruggedness for any reviewer's carefree A/Bs.

Setup, usage and control over the free iOS Wattson Music App were child's play, no nerdy computer know-how required. Android users have BubbleUPnP or mConnect Player. There's no browser control but one can rename or update the machine over the Internet. Once connected via CAT5 or better Ethernet cable, the app recognizes WED and via UPnP accesses music folders on your computer or NAS. iPhone content gets tapped via Airplay. Those finding Apple's transmission protocol sonically sub par but otherwise are married to their iPad/iPhone can insert mConnect instead. Via Mac/PC and the audiophile software player Audirvana, WAD communicates with your LAN as well. This includes the German highresaudio.com platform. Lovely. 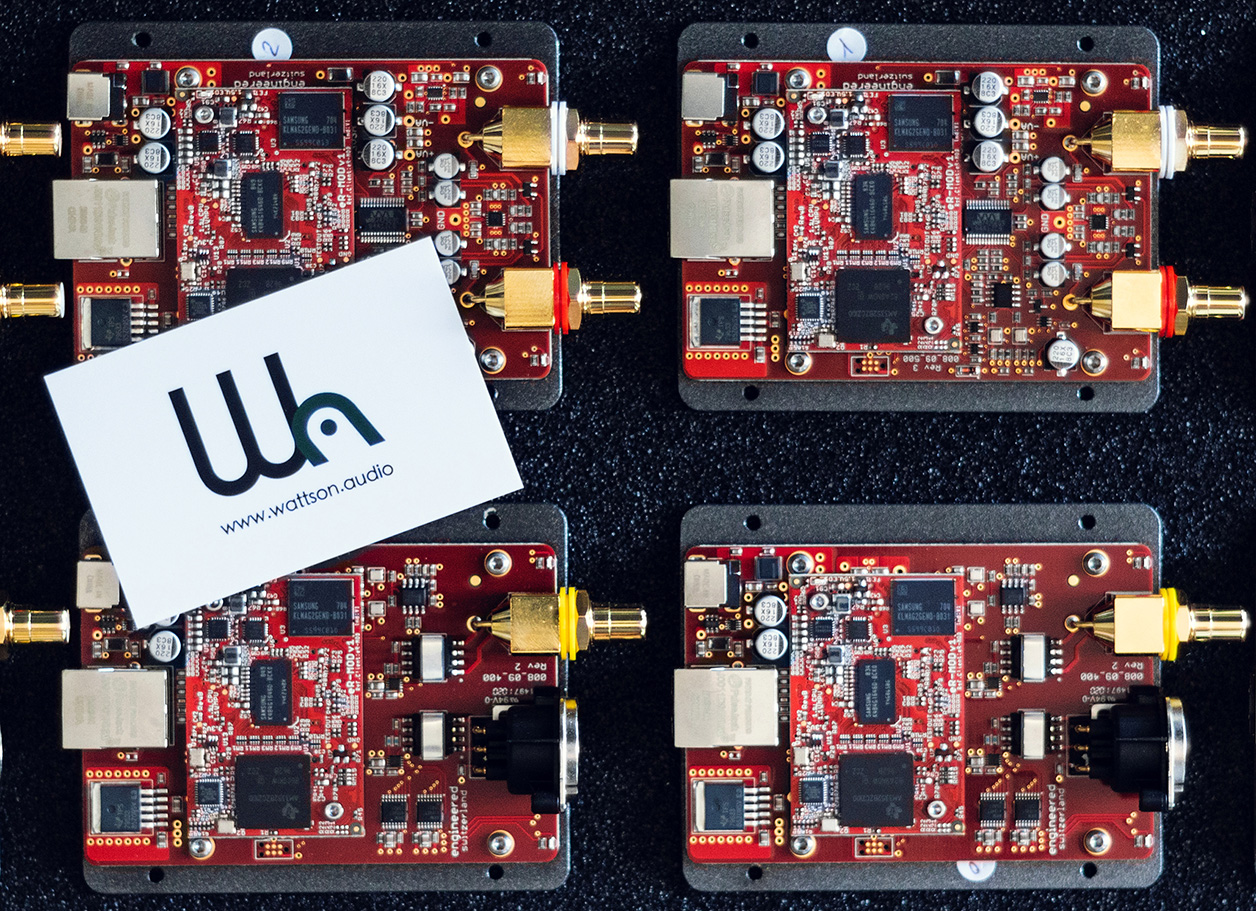 WED speaks gapless and PCM up to 24/192. Single S/PDIF doesn't support higher rates. DSD is presently out but developer Alexandre Lavanchy revealed considering whether DoP (DSD over PCM) could be a viable update option. More important in my mind is access to the cloud services Tidal and Qobuz. Clients like Apple Music, Spotify and Amazon HD are on the road map. Internet radio is here already and as usual can be configured according to broadcast origin, quality, genre or other parameters. Roon-Ready certification is ticked off too so all associated functionality including DSD modalities are at hand.