The KR T-100 were physically enormous particularly next to the demure VT52. But unlike the fatter WE 300B, their columnar straight walls cleared the mesh chimney diameters whilst the bald glass heads with inverted nipples still protruded. Where size matters, these would win by default and without any contest. Sonically and just like Dawid had found versus his Living Voice 300B samples, these giants played it coarser and drier than my preceding quartet. On bass, grip, slam and dynamic swells meanwhile, they were equivalent to their raw size advantage. Though it's adolescent thinking, "bigger tubes = bigger burlier sound" actually would fit. If your primary music diet is heavy on protein and fat—think big drums, infrasonic chicanery, massive attacks, widescreen vistas—these Czechs will act as somewhat of a T-Rex in a bottle. 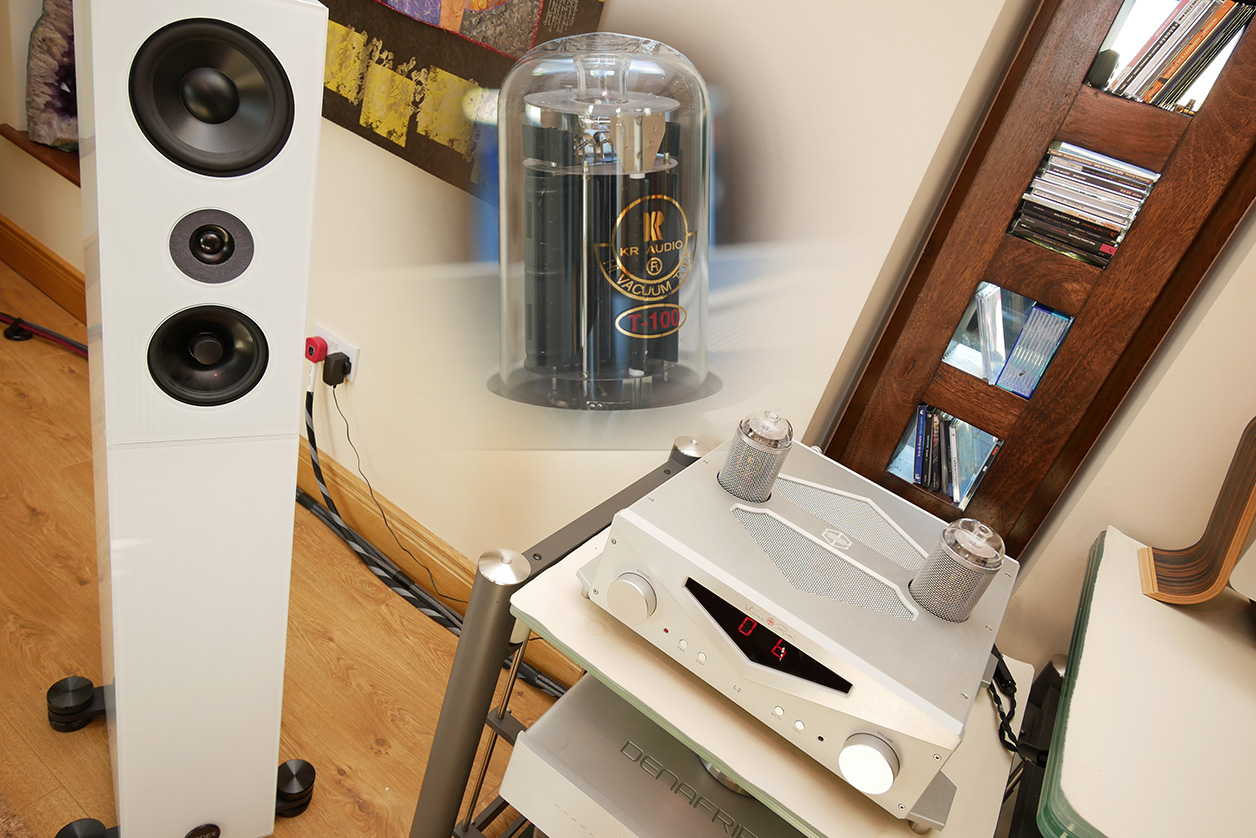 Highlighting specific strengths doesn't imply that any of these valves somehow specialized in one type of music. It's all inanimate hardware without bias or preference. Pinning musical styles to particular bottles just makes for easier communications on audible flavors. So juxtaposing a dreamy Chopin piano prélude to a Bavarian oompah band, a reverb-laden moody Nordic Jan Garbarek meditation on the ECM label to a hard-hitting ultra-layered Yello pastiche that was polished to perfection on the recording console… it automatically conjures up certain key attributes. On textural sophistication and the fine harmonic shifts of tone modulations, the T-100 wasn't as strong. It thus wouldn't be my first choice for string quartets. Its primary forté was a chunky warm-ish perspective from the bottom up, thus quite like our XA-30.8 class A Pass amp. Rather than the peculiarly 'fragile' feel of the VT52 where fragile doesn't mean weak but ultra emotive, the T-100 was very robust and muscular – just a bit more push/pull than single-ended if you will. It'd be quite ideal for big Rock operas and electronica. 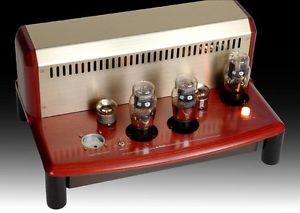 During my SET period, a personal favorite was Yamamoto's valve-rectified A-08s whose 45 power triodes were driven by C3m pentodes strapped to triode. The amp's puny 2 watts obviously made its a very Special Ops deal to have me eventually paint myself out of that corner. With the L2, I now could revisit those bygone 45 vistas with Dan's ER50 and WE VT52 and not worry about power or nonlinear behavior even into more brutish loads. To my ears, both of these tubes express the more lit-up airy quicksilvery aspects of my 45 memories to be faster and energetically more forward than their 300B brethren. On the majority of music I spin, I most fancy the modern ER50 during the day for stouter SPL and more massive boisterous fare; and the vintage VT52 after sundown when music choices veer into more down-tempo dreamier numbers and lower playback levels dominate.

In the same vein, the by contrast mellower darker slower 300B remain back-up alternates when I indulge guilty pleasures. Those are tracks which I love for their compositions and/or performances but wish were much better recorded. Those sound better—less exposed for their shortcomings with a more civil don't-ask don't-tell approach—when one takes a few steps back. Here I prefer the slightly more romantic 300B. Like with the 45/50 types, the modern Elrog is my sunlight choice, the vintage Western Electric the moonshine option. And no, that's not home-brew stipple which doubles as kerosene for the boiler.

The stock tubes aren't in the same league and neither were the KR T-100. When I asked Dan what he does for Rock and electronica on his Cube Audio Nenuphar widebanders, "I turn on the Voxativ sub and swap in the Japanese Takatsuki 300B, then make sure I'm home alone so I can sing along." So modern valves for modern music with its synths and e-bass? Vintage valves for purely acoustic productions? It'd be an overly simplistic view but certainly has relevance and contains valid pointers.