Wikipedia explains it as follows: "The DMM copper master disc for direct metal mastering can be plated to produce the required number of stampers using the one-step plating process. Rather than having to electroform a master (or "father"), mother and then stampers (the traditional three-step process), the DMM copper disc serves as the 'mother'. Bypassing the silvering process and two electroforming stages reduces the risk of introducing noise that can be generated in the electroforming (galvanic) process. In cases where hundreds of stampers may be required, the DMM disc is often used as a mandrel to electroform a master and mother, from which many stampers are then made." 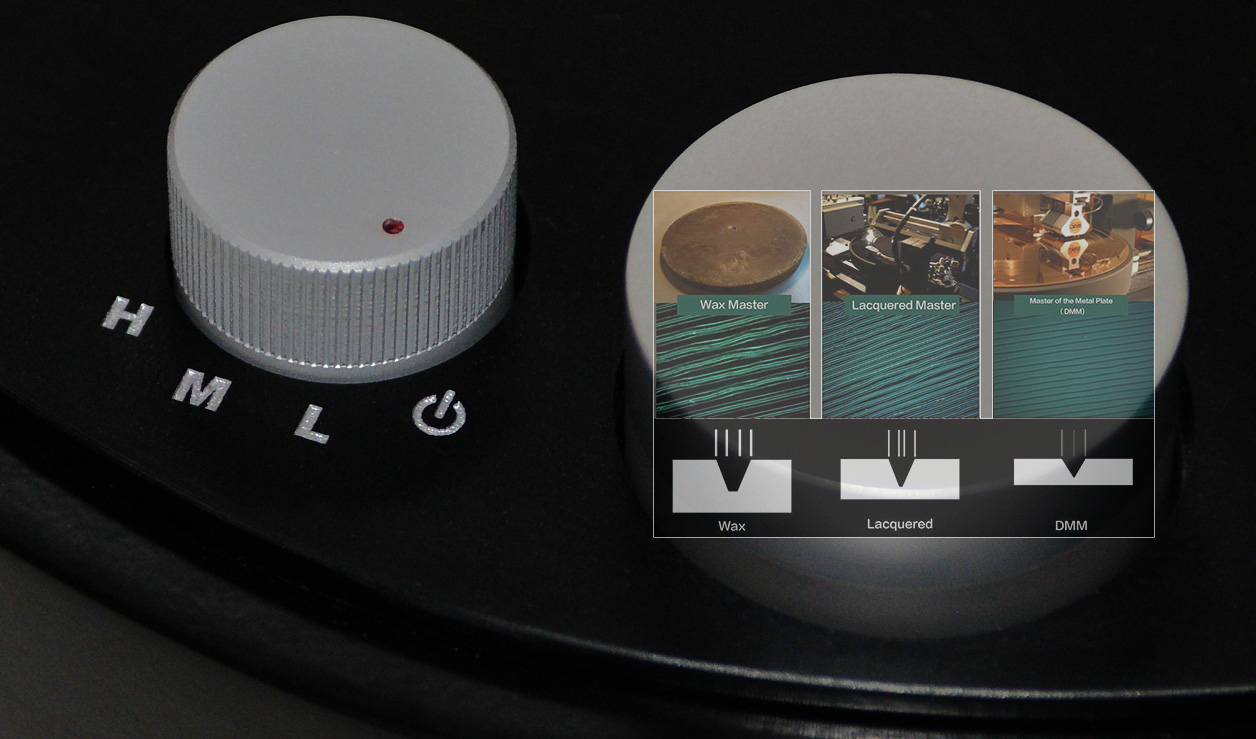 Each stamper creation method affects groove depth. In the insert we see various groove geometries. In Mr. Tien's view, these differences call for adaptive motor torque. Depending on the groove's geometry, the needle sees more or less friction. When the motor torque is too big for the groove friction, the needle can't fully follow the groove pattern. This causes damping or drag which results in the inability to extract all the information which is actually present in the groove. Likewise for when the motor torque is too low relative to groove friction. Again damping hampers full data retrieval.

To correct for these findings, the TT5 was equipped with a 3-step selector which adjusts the combined torque of all three motors. One may select low, medium or high torque depending on the record type or disc mastering process in use. In general, a side with more than 20 minutes of music recommends low or middle torque. This is because the longer a side plays, the smaller its groove proportions which lowers friction which calls for lower torque. DMM-cut records too will do fine with low or middle torque. Audiophile pressings however tend to be shorter than 20 minutes per side. They spread out over more sides than their non-audiophile versions. Such pressings offer more friction to the needle, thus benefit from higher motor torque. "The TT5's high torque value is just 1/3rd of typical tables. As torque increases, the mid band boosts but highs and lows decline. As torque decreases, bass and treble details increase." 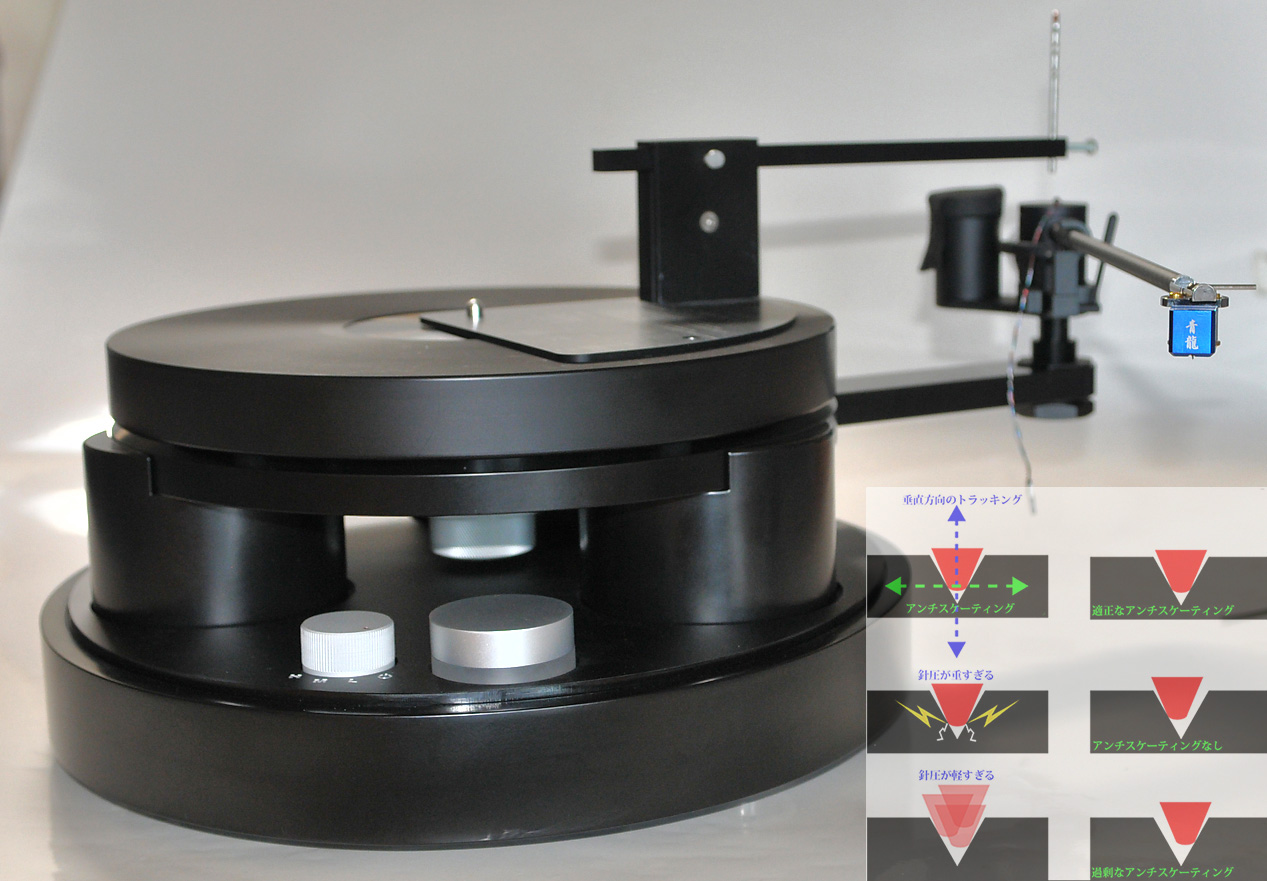 From Taiwan, the TT5 shipped in three boxes as though all things Tien came in three. One box contained the turntable with arm and cartridge, a second box the intelligent base of the player and a third box arrived a few days later to replace the original 110V Keces P3-2 power supply which had been shipped by mistake (we needed 230V). After unpacking, we took all parts upstairs to assemble the TT5. The base officially known as TT5 Tri-Torque Stabilizer was a slightly oval thick slap of aluminum weighing 12kg. Its top had three round indentations with screw holes in each middle to receive the matching footer cylinders of the TT3 upper. Right next to the torque selector doubling as on-off switch was a multi-purpose knob. Once the power was on, one press on the knob started the turntable at 33.3 rpm at the selected torque L, M or H. A blue LED light indicated speed. Turning the knob clockwise or counterclockwise changed the speed and light color. Orange is for 45 rpm, purple for 78 rpm. At the bottom of the base, Tien had mounted four (not three!) Stillpoints Ultra footers for vibration control. At the back of the base we found a 15V DC input, a USB port and fine-tuning speed options for 33.3 rpm and 45 rpm in combination with the L, M and H torque settings. There were no adjustments for 78 rpm. All of these setting are controlled by micro processor which uses pulse-width modulation or PWM to control the DC motors at 0.015% of rotational speed precision.