At this point the headphone part was sorted. I was all set now to find out how much of this machine's very expressive character would translate to the main speakers. Since the EX-P7 Kinki Studio preamp was still on hand, the DFP had to battle it. I already knew the Kinki and the Pass XP-12 story sheds more light on the subject. The DFP's spatial closeness and directness manifested in my room quite different yet still recognizable. Unlike cans, speakers aren't capable of creating images in our heads. However, they can still project intimacy by painting very big panoramic spectacles whilst focusing attention on events materializing right in front of the listener. That was the DFP. All of it made for a finely assembled, organic, exceptionally coherent, movable and elastic wall of sound rather than pinpoint accurate, perfectly chiseled standalone shapes with lots of intermediate air. 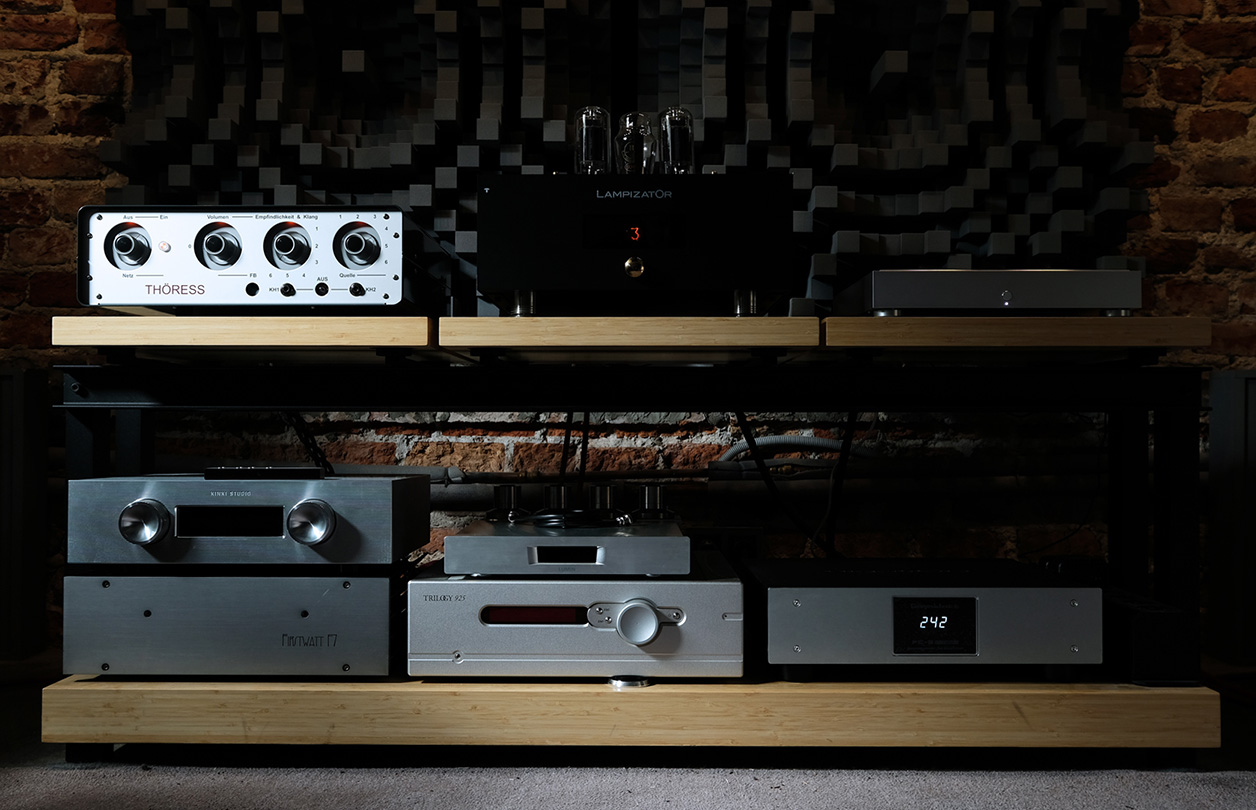 Again it was all about delivering tunes in a very exciting, material and dense fashion at the cost of ultimate resolution and clarity. But my ears didn't hanker for more detail or rendering instruments more explicit than they already were. Every bit of musical content was casually present like a side dish. The core of the show was far too flowing, fresh and pleasantly moist to fix my perception on any garnish yet that was there too when I wanted it. Perhaps it's just me but when the music is on, it's on. If I'm captivated instead of thinking about this or that being amiss, I call the job well done and the DFP did just that. As a specimen voiced to be engaging and dense, it never pretend at something it wasn't so clearly had its priorities sorted. 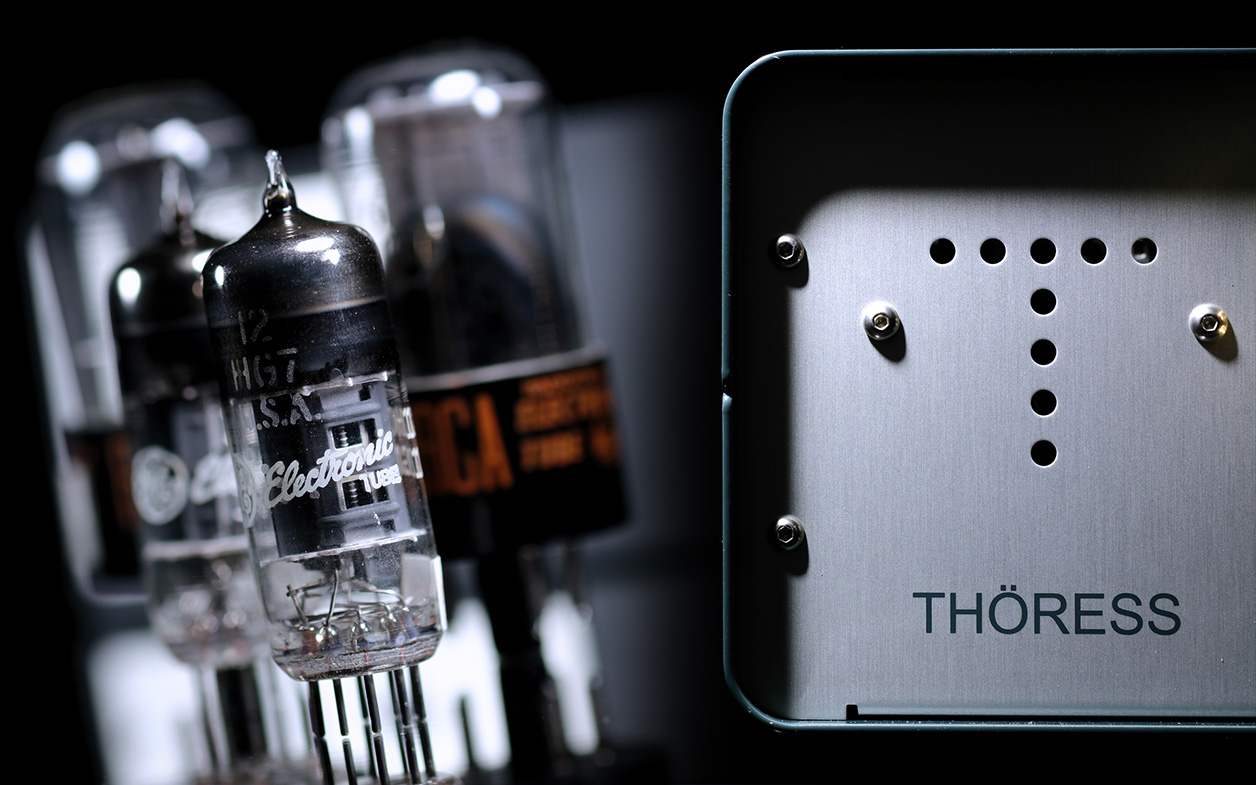 A tonal temperature audibly higher than the EX-P7 didn't prevent the German from singing orderly. Even though it didn't put information and insight on the pedestal, fuzzy, bloated or excessively warm cards weren't its hand either. Here its snappy attitude kicked in again. This boosted inherently moist big images artfully together to end up with superbly engaging, powerful and lively results. Valve charm driven this tightly I really found both unique and clever. Three quality headphones had given me a good taste of Reinhard's priorities but with speakers capable of portraying gargantuan space like the two Swiss models I had, the sensation was even more intense. The combination of attractive, euphonic and tangible speed left all my detail cravings at the door.

I'm far from claiming that the DFP is the hardest-hitting linestage there is. It clearly favors saturation and textural complexity above finely outlined sketches. It's a domesticated, smooth and polite charmer to its very core but energetic fare throws quicker more brutal jabs than its topology would imply. That's the key twist. Reinhard said at some point that valve aroma on steroids was his goal. He knew well that textural generosity, complexity, spatial grandeur and dynamic contrasts must be served at once, otherwise the engaging lively bit is lost. I can only agree. So the Kinki Studio EX-P7 sounded very different. Space was deeper though of similar width and height, the main offset being in how it populated. The Chinese sketched instruments and vocals more clearly to be less generous with pigment. It dissected them and served all perfectly visible for greater insight yet felt less coherent and surely not as tuneful. Kinki Studio's linestage behaved less energetic, present and here and more stale, distant and there. It's fabulous for its coin but on sophistication and refinement, the DFP was more advanced. Reinhard's machine handled real instruments and voices in a way its competitor couldn't. 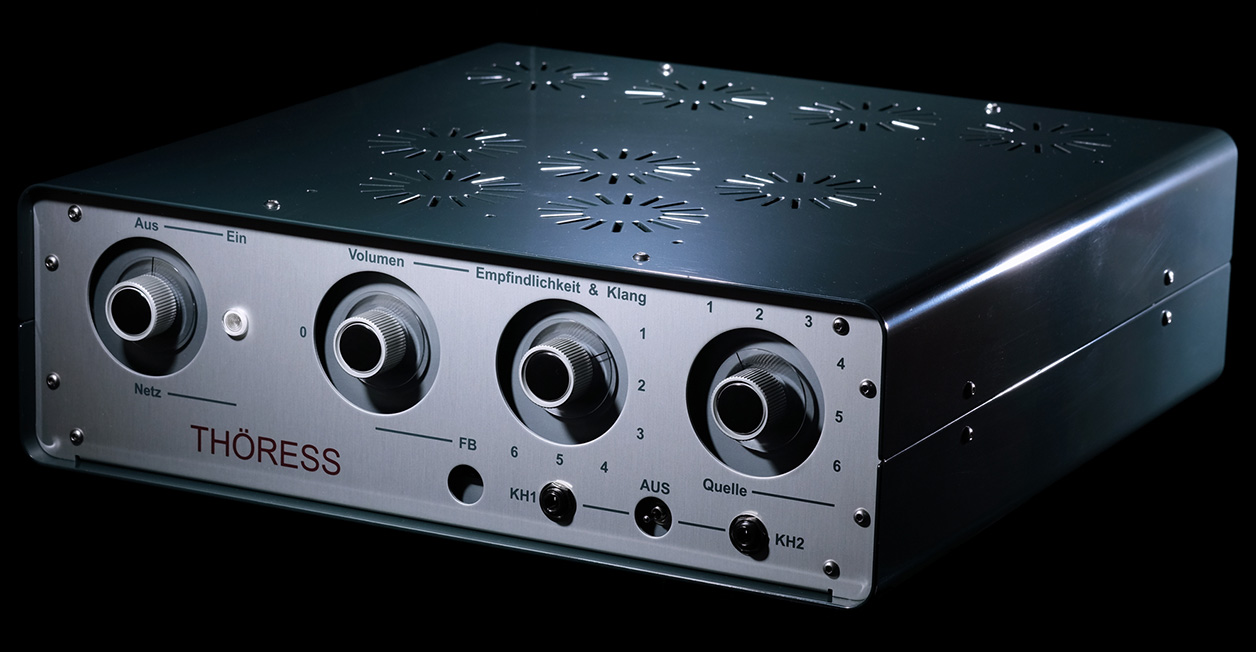 Products which score equally high as line and headphone drivers are rare. My own track record thus far had only the Pass Labs HPA-1 which truly excelled on both. Today's hero fits the same profile. It did as well as the Pass had two years ago. Just as any other Reinhard product, the visually peculiar Dual-Function Preamplifier can't be mistaken for any other. This fine example of so-called German engineering was clearly made to take us several decades back. That shows. I can't say whether the retro styling will rock your boat but it surely did mine. I wouldn't change a thing. I find in gorgeous as is. The Thöress Dual-Function Preamplifier is brilliantly built, loaded with everything necessary for its twin functions and stable as a rock. Reinhard views it as no-frills supremely practical audio machinery but I also see a labor of love. Only a devoted passionate engineer freed from corporate pressures and industry fads could come up with such a distinctive product. Reinhard's latest is voiced to show music from its most attractive, sensual, emotionally engaging and euphonic side. It is a true valve act but the inherently dynamic attitude revealed itself as the true clincher. This specific virtue boosted all pleasure-related qualities to remain a very lively, open-throttle and fabulously agile spectacle. Highly dosed pleasure in such an intense, expressive and exciting fashion isn't just impressive. It's a very rare achievement all by itself.  Not bad for an audio apparatus that's only meant to do what it's supposed to. Isn't it? 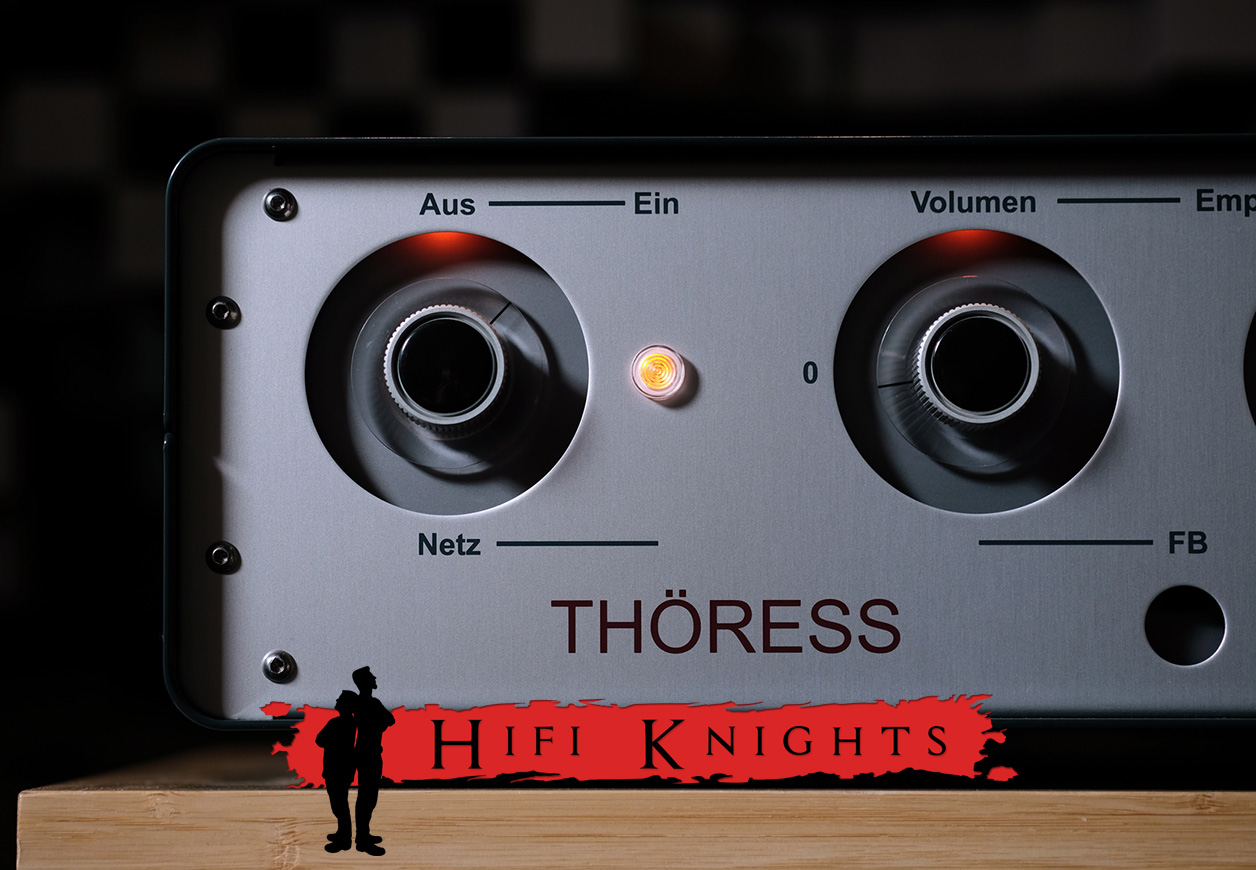