Climate change isn't real. Some still insist. And, they'd have a point observing how sonics transitioned surprisingly intact from Nenuphar to Codex. Whilst those speakers certainly injected their own tauter personality, the core tube aroma persisted. On achievable SPL, 11:00 on the throttle made room-filling SPL, amp sensitivity at its highest, Nagra at 12dB voltage gain. With 0dB preamp gain and recordings of high dynamic range, the Swiss volume could creep to 16:00 but still not max out. Compared to the Liszt, the Thöress were more billowy, mellower on the leading edge, more generous on the trailing edge, tonally more saturated, not as slamming in the low bass and less explicit in the mid treble. The hybrids had richer half shadows. The pure transistors limned crisper image outlines. On ultimate separation, drive and definition, the Liszt had it. On fluidity, poise, relaxation and waft 'n' wane like the tide, the Thöress did. 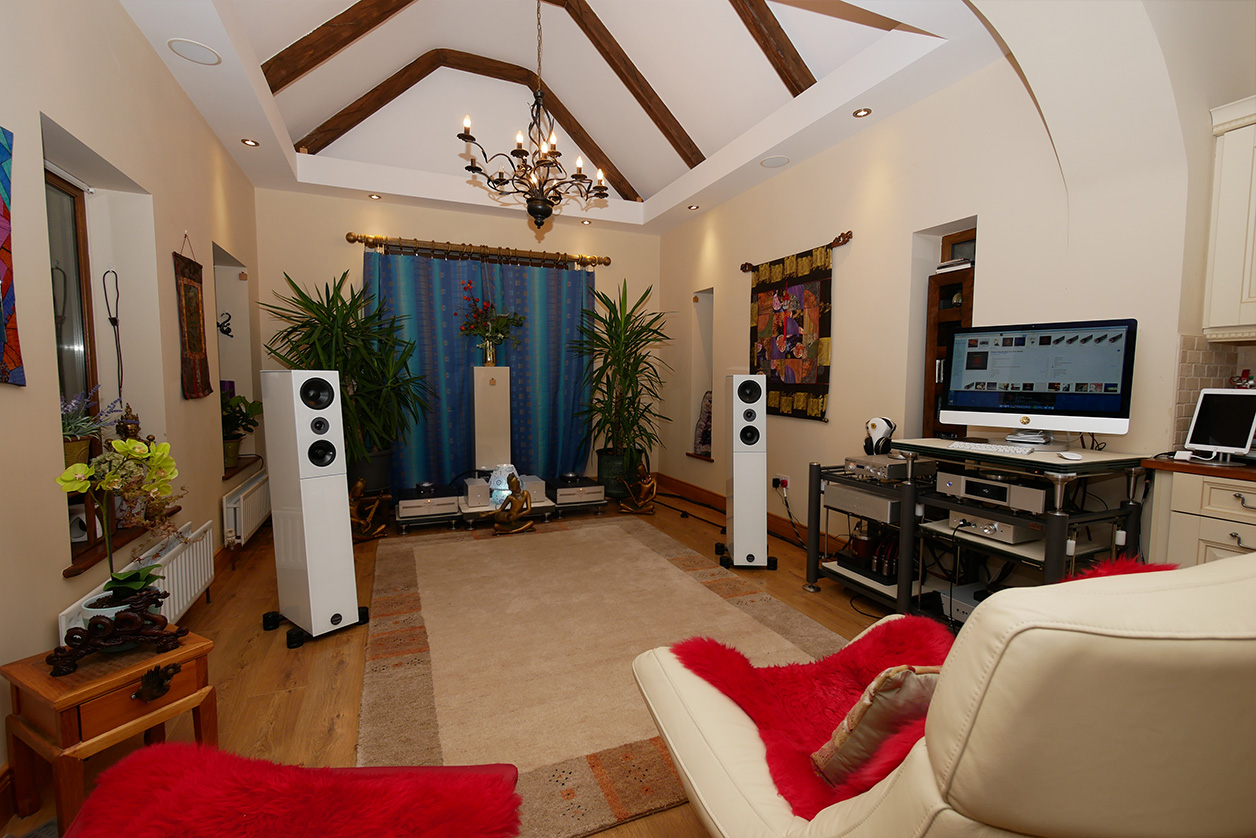 This juxtaposition confirmed how in the amplitude domain on which most graph-centric magazines focus, the tubes in the hybrids walked the same straight line whilst coupling through their own Mosfets. No inebriated wiggles, no driving under the influence. In the harmonic domain, Liszt's true differential makeup canceled 2nd-order harmonics. This shifted to cooler more incisive 3rd-order conditions. Reinhard's purist no-feedback concept did the opposite. It gently enhanced low even-order harmonics. Relative to control as sonically expressed through damping or grip, the high-power LinnenberG with their low output impedance exerted more. If we think on how music moves through time—if it did so with a recognizable gait—the Liszt walked more rigidly and stiff. To overdraw, think soldier on parade: chest out, chin jutting, arse clenched, metronomic precision. It conveys purpose and control. The Thöress aesthetic had more in common with a playful kitten: fluffy, loose and instantly relaxed when picked up to melt in your arms, belly exposed. This segues back at vulnerable. It's not just an interior feeling place in the listener. It's also an external behaviour to be observed even if the interior response doesn't follow. A kitten remains a kitten regardless of whether it tweaks your heart.

Sequential sequitur. Having run plenty of earlier swaps between Wyred4Sound STP SE-II and Nagra Classic, I could now state without hesitation that small triodes in a preamp do not have the same effect as Reinhard's equivalents had in the amplifier position of his hybrids. This was true even though they use a Mosfet not valve to deal with the speaker inputs. But it would be decidedly untrue to believe, expect or hope that cross coupling—preceding the Thöress with our transistor preamp, the LinnenberG with the 12AU7/AX7 deck—could net similar sonics. That linestage juncture makes for a far narrower difference. It causes mild increase of depth layering, a slight softening of transients. It does not alter the walk-through-time posture or tilt at the strength/fragility axis. To manipulate either with a preamp takes a rare spud circuit like Vinnie Rossi's LIO DHT. Now a big direct-heated triode like a 45, PX4 or 300B coupling directly to a transistor amp without dilution of preceding small tubes also injects the same obviousness of no-feedback big triode flavour. Could Allnic's L-10000 preamp with its paralleled 300B fronted by 6AN8 and 12AU7 repeat that trick? With a Dutch dealer sample already inbound, that answer was just around the bend. 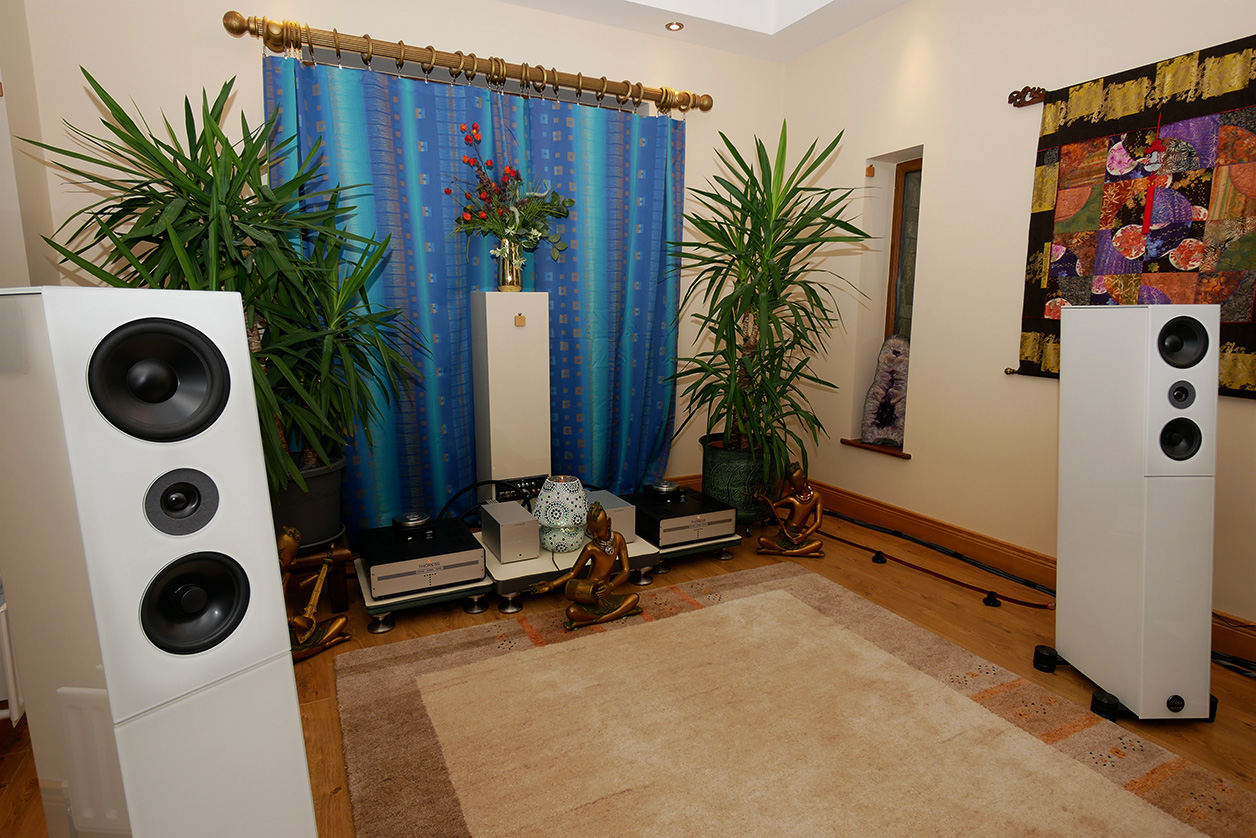 But first, direct-heated Riccardo Kron Special Edition PX4 for 6wpc transformer-coupled speaker drive versus the Mosfet-coupled small-signal triodes of the Thöress. With my Tektron sample the very unit Cube Audio had used at the just concluded Warsaw show, I followed their reco about fitting the Sicilian integrated with a pair of PX4 over the 45, 2A3 and 300B duets and quads I also had on hand. 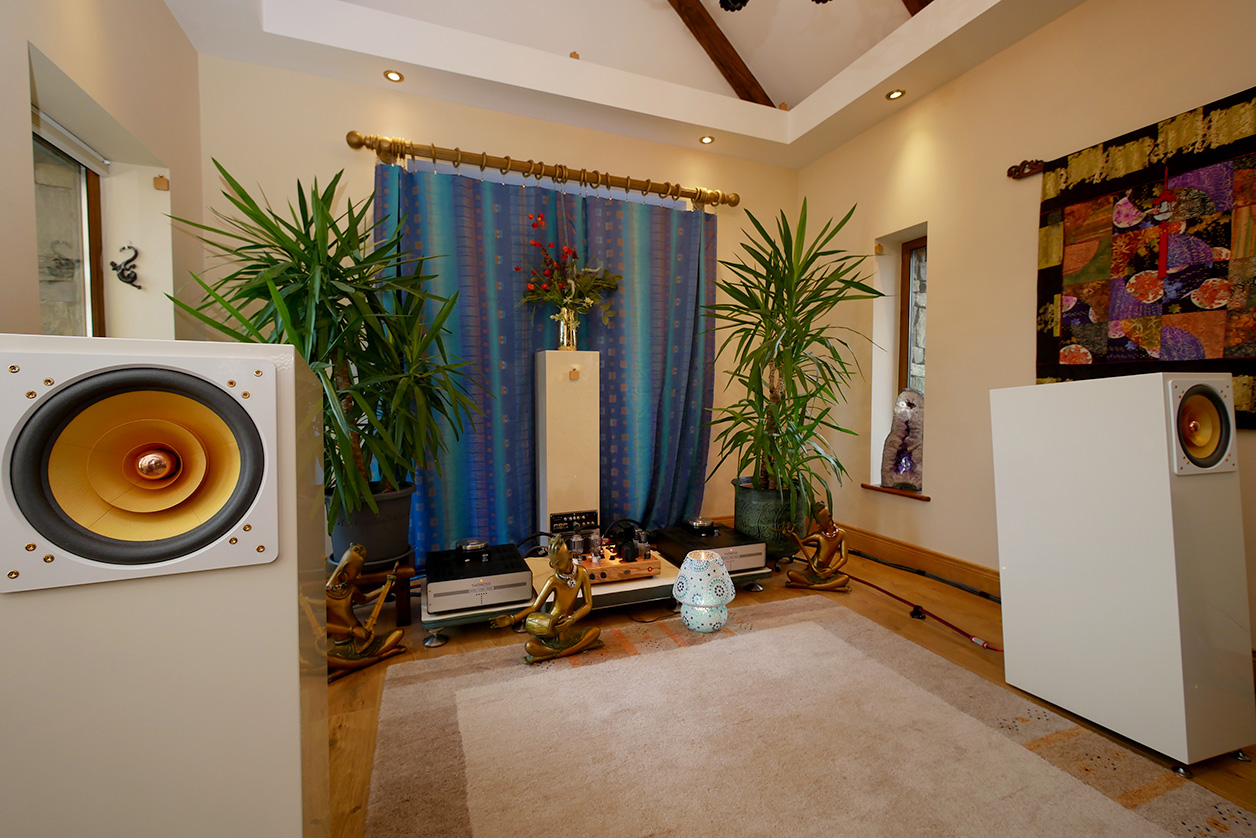 Recabling back and forth—the Tektron straight off the Denafrips Terminator, the Thöress via the Nagra Classic at 0dB voltage gain—maintained shockingly similar gestalt. Still, the PX4 showed even more pliability, elasticity and with it, a more tacit sense of that peculiar float which professional waltz dancers communicate amidst all their movement. In payment, the direct-heated bottles also extracted a midrange emphasis which clearly communicated the less developed extremes particularly in the bass. Whilst that super-billowy generosity of mellow looseness played magically on minimalist ballads and elegiac instrumentals, once hard-hitting beats and more rigorous time keeping entered, it felt somewhat out of place. 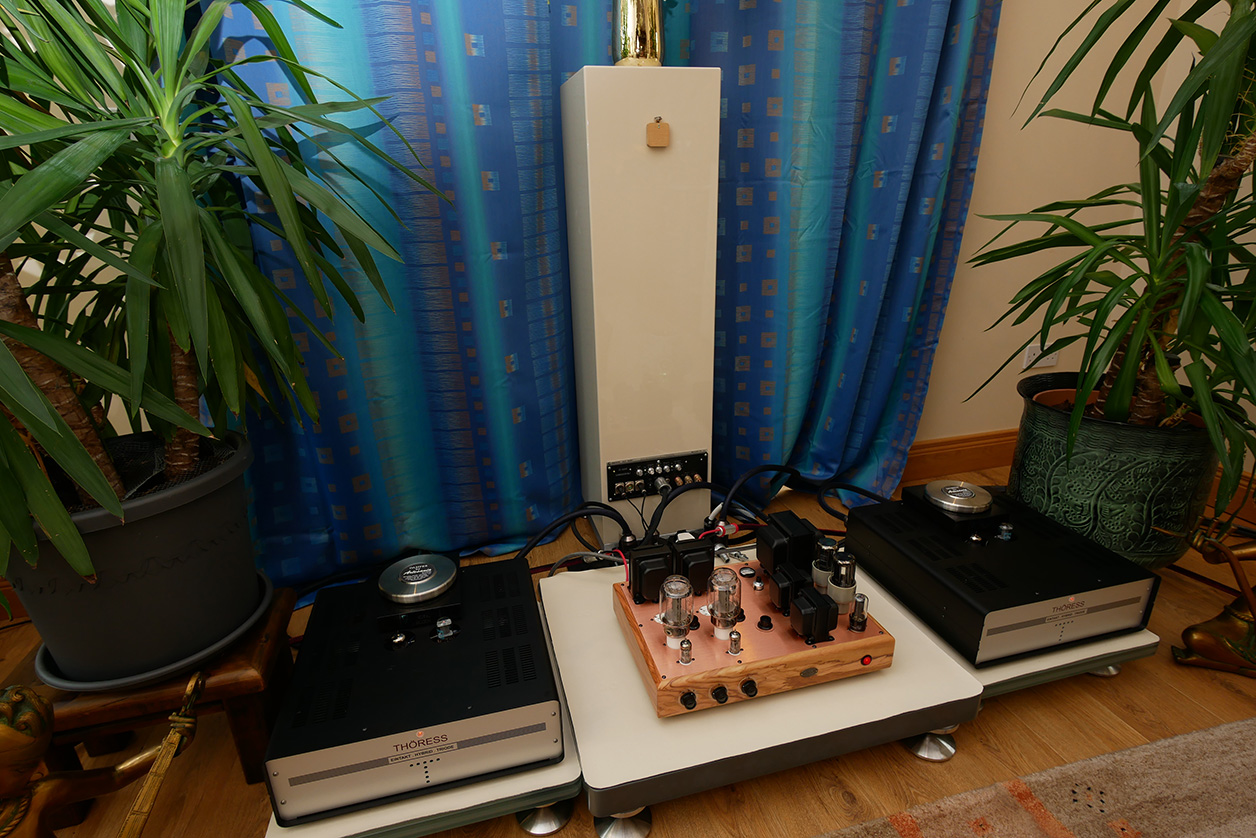 By sacrificing just a bit of that ultra-honeyed mellifluousness, the EHT secured the more even temper and bandwidth to be equally adept at cracking bass-heavy modern fare which relies on greater inner tension to come off. Considering means versus results aka small signal valves versus an additional three rectifiers plus two or four exotic big and costly triodes (depending on desired output power), my sensibilities were decisively with the Germans. Truth told, I was astonished by how closely they mimicked full-on big triode sound. Meanwhile their modern concessions suited my tastes to a 't'. Add the lesser maintenance and absentee versus minimal noise. To this listener, the Thöress monos revealed themselves to be the ideal DHT clones. For fanciers of single-driver widebanders who instead of high power require zero noise with a more forgiving tonally richly textured amplifier of maximal resolution to harvest their speakers' full potential… Reinhard's Eintakt Hybrid Trioden could be the ultimate end-of-life choice. With that finding in the can, I had a DHT preamp experiment to conduct before wrapping up by rolling Reinhard's second set of bottles.