The shroud of Thöress. You'll start believing when the thin skin of flawlessly stamped then bent sheet metal comes off. 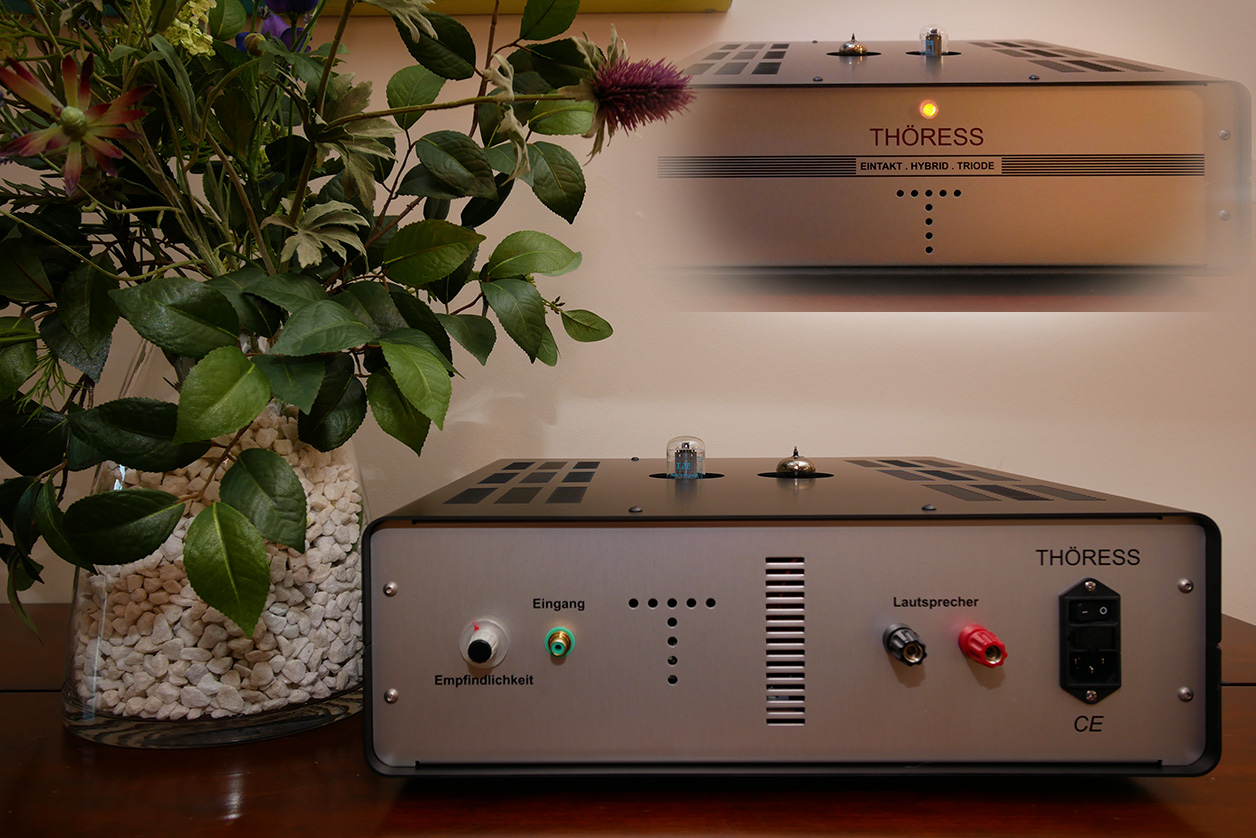 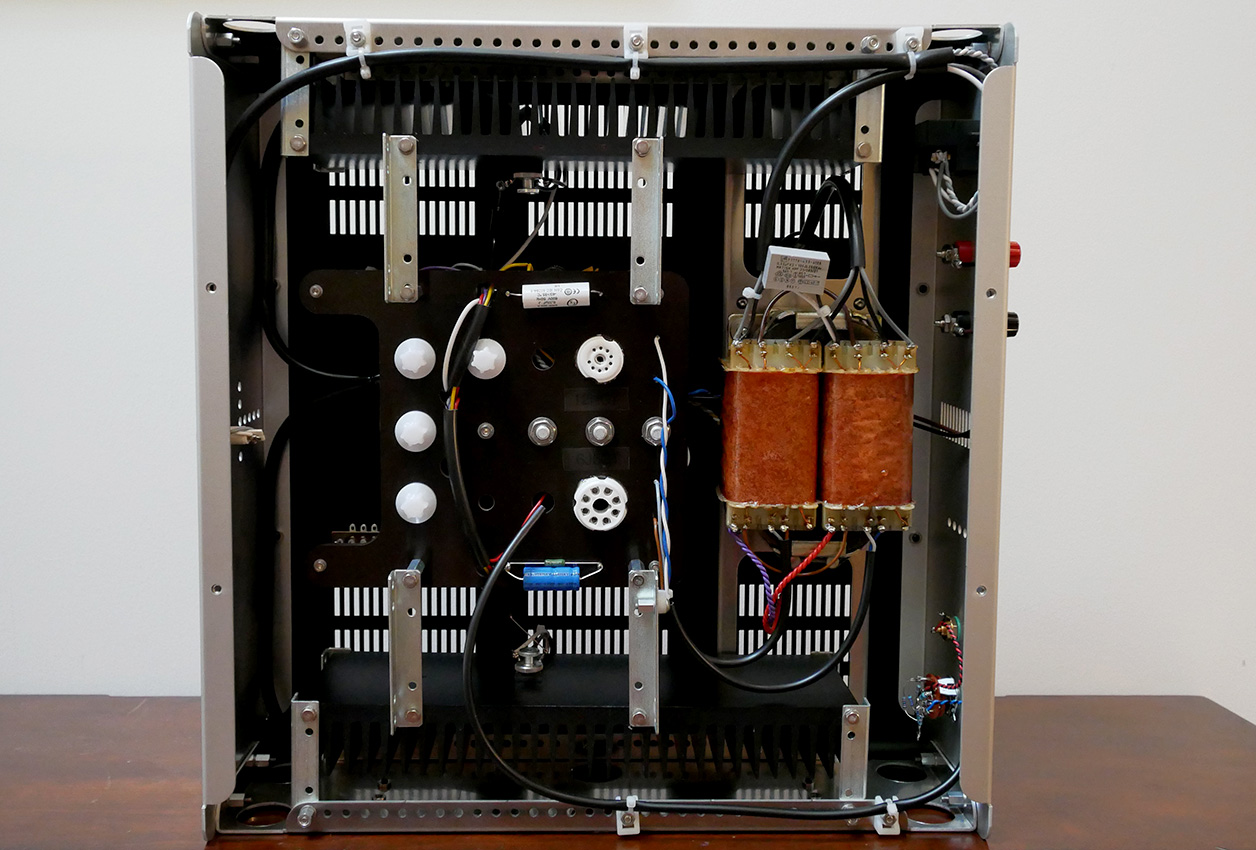 It's not the type construction one usually sees. In fact, most peeling back this factual show might initially lose their saintly cool to fret, "where's my stuff?" Relative to circuity, very little is visible. 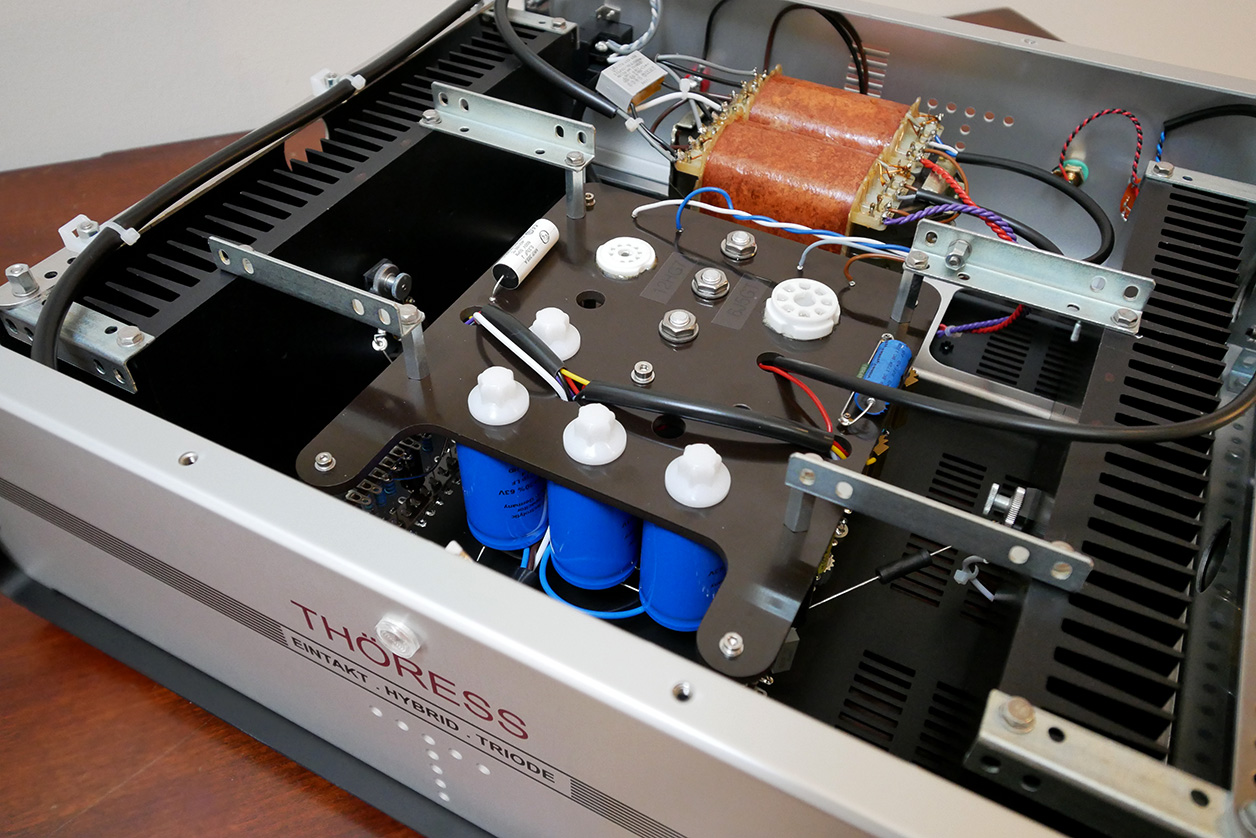 To see the little there is to see requires just the right angle like it does here to spot those three big blue capacitors. 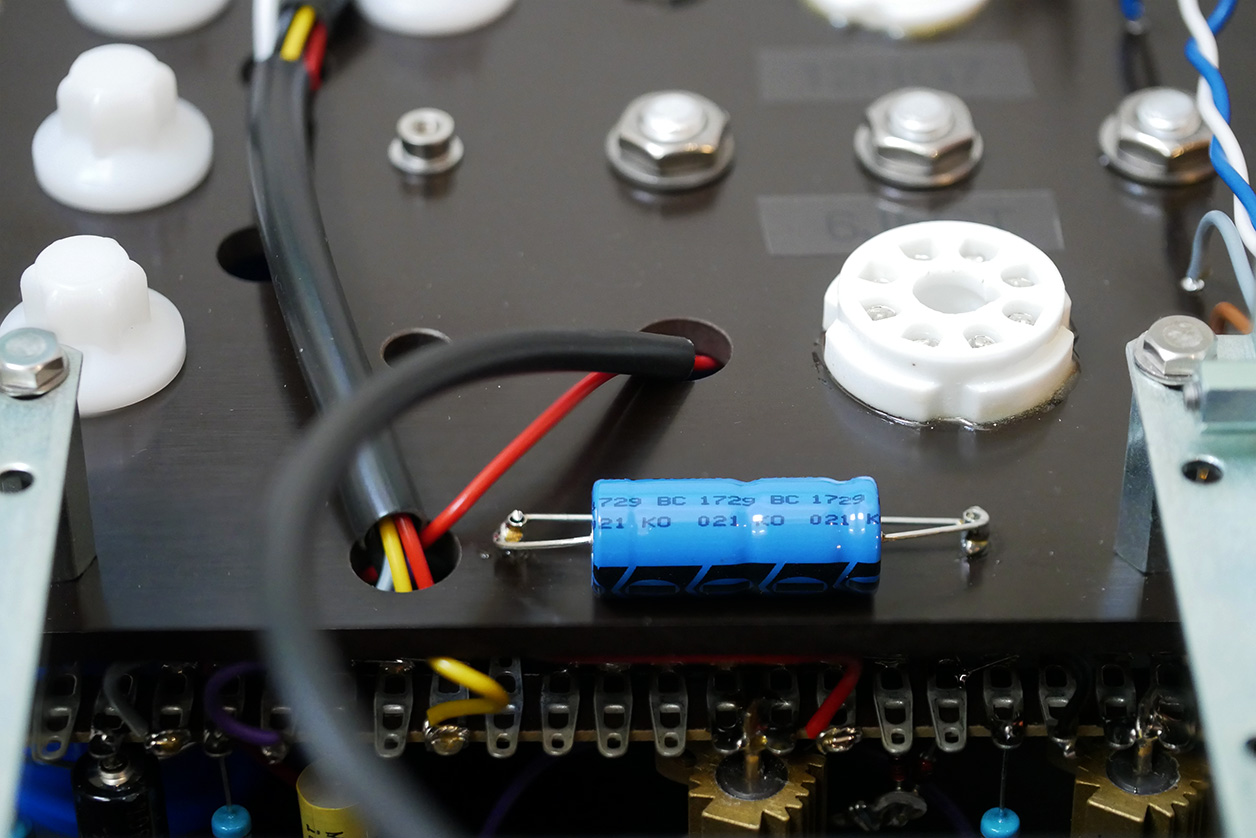 Turn things around and there's slotty evidence of more vertically mounted capacitors and load resistors beneath the tube deck.

Here we look back into the same slot but also ogle the substantial power transformer and, bottom right, the three-step input sensitivity pot on the business end. 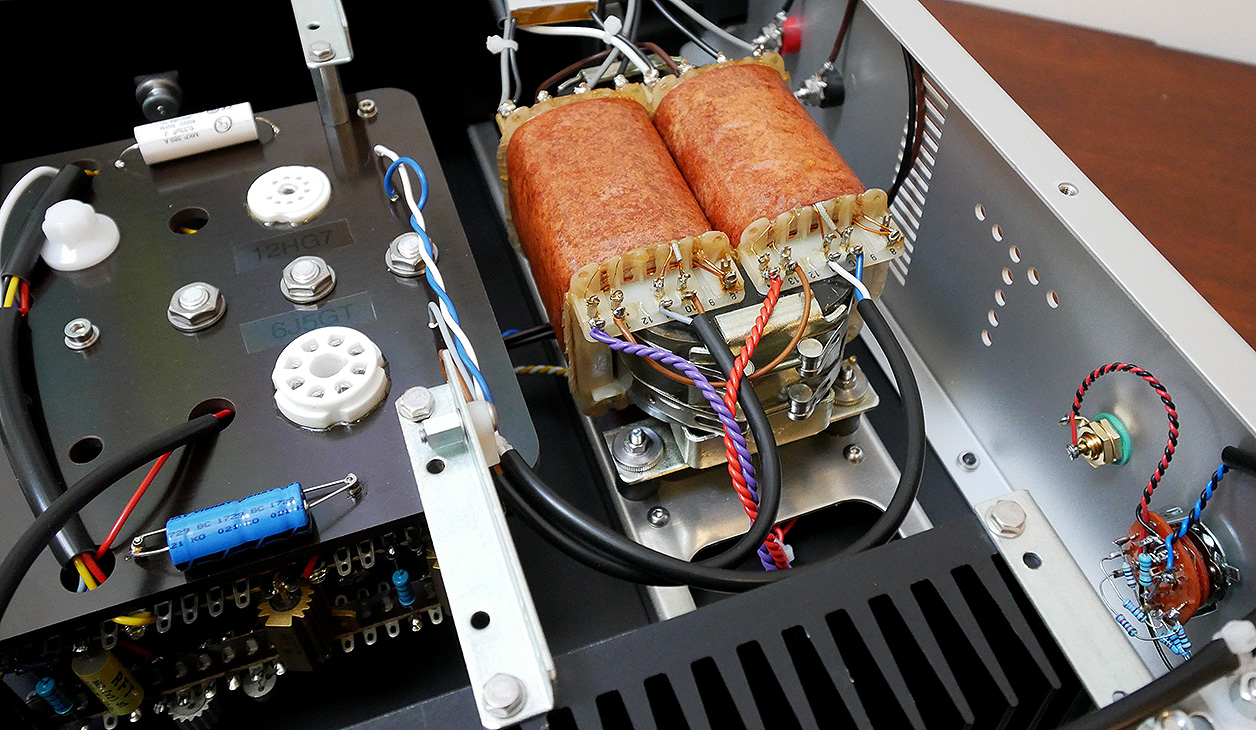 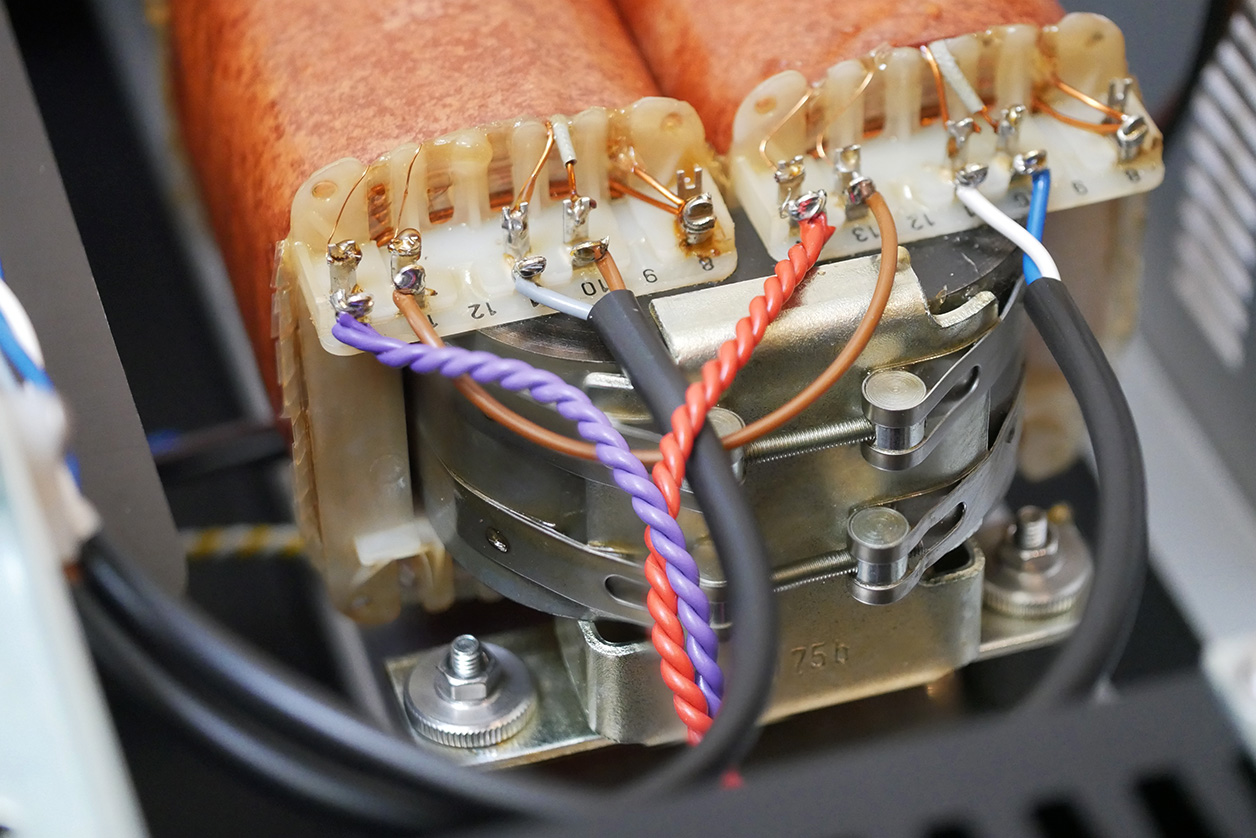 To put fuel into this tank means two bottles. Reinhard had included two different sets. The first was this combo of US-made pencil-style 12HG7 and matching RCA 6J5. 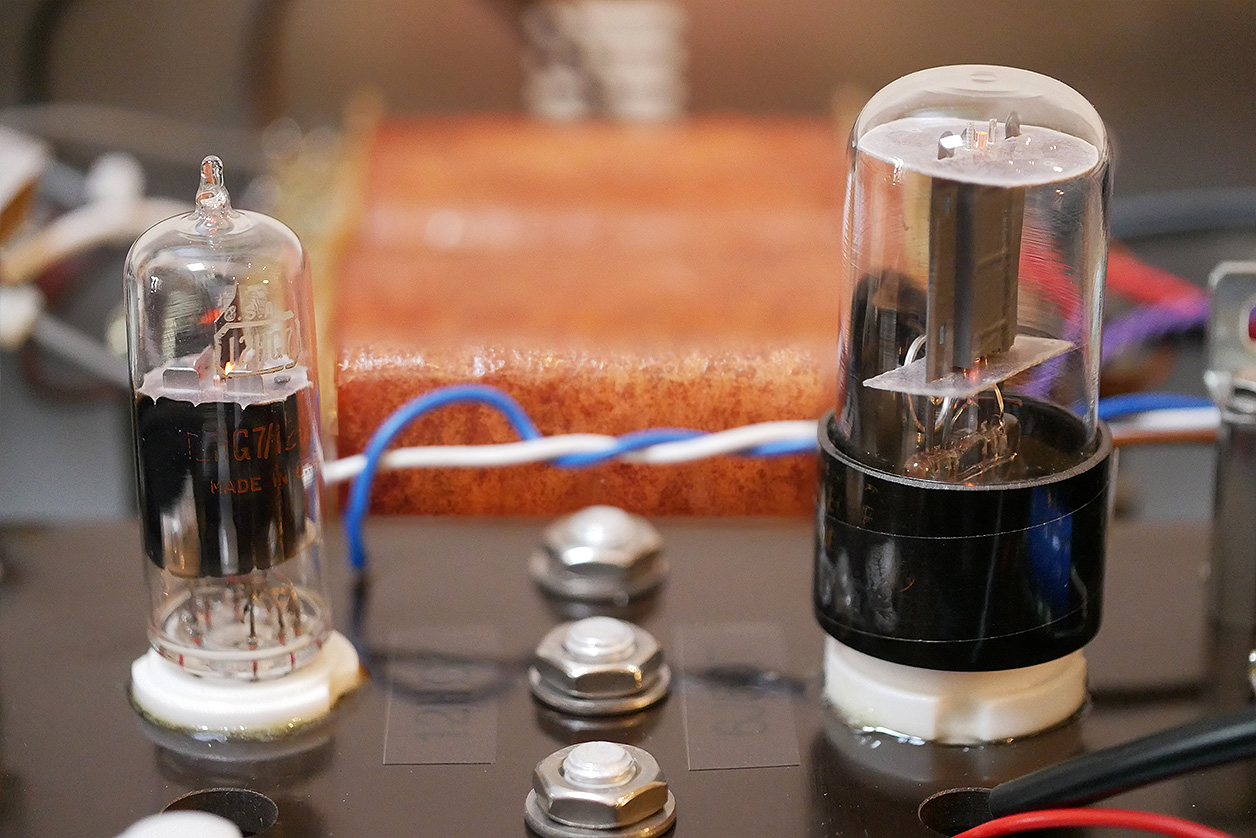 The second set had a rather fatter RCA 12HG7 and this British ITT CV1934. Identifying them didn't make me an expert; just someone who can read. I'd not come across any of this lot before. 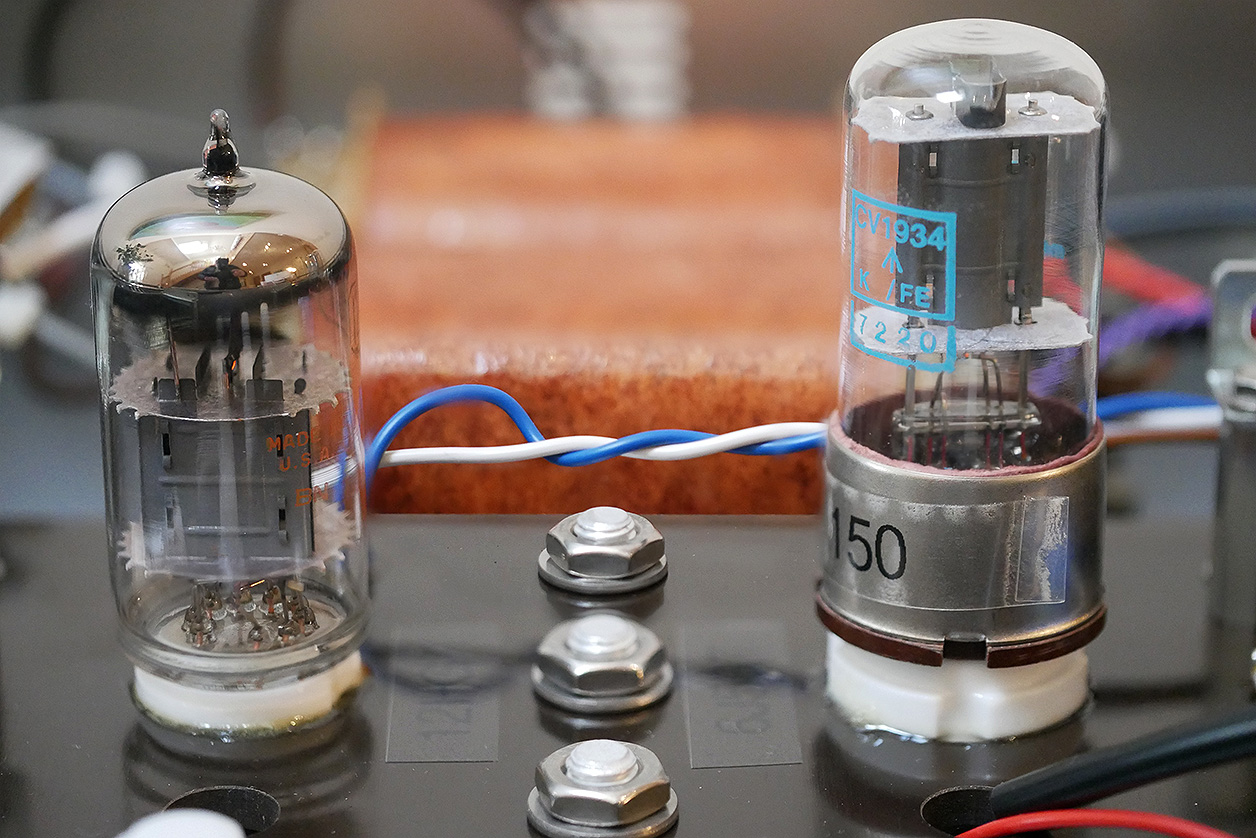 By now you'll wonder how the other—silicon-based—half beds in. Here we look at one of the two unusually mounted transistors. And that's it for our single-ended power stage. We already knew that these EHT monos play it purist minimalist. Being more internal scaffolding than audio bits 'n' bobs merely followed suit. Why pile on parts if nothing else is needed? 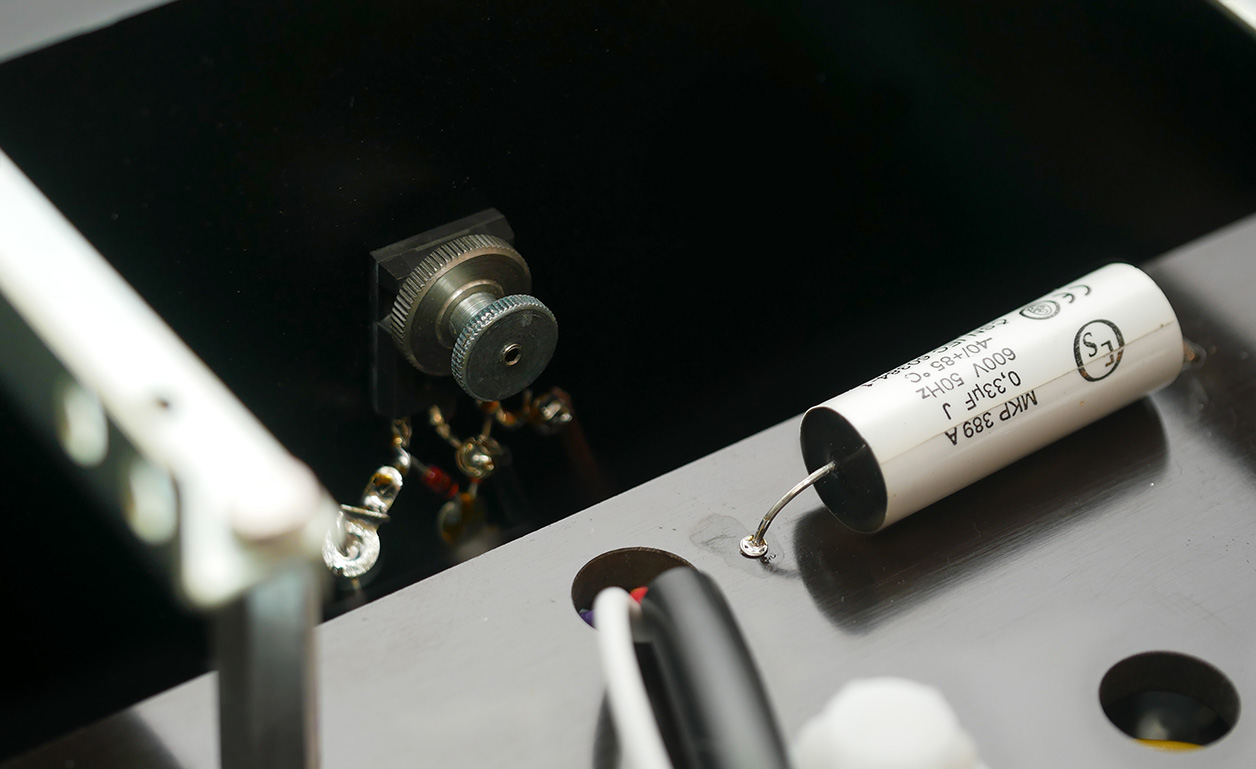 Hitting the power mains turned on the orange pilot light in the front but otherwise didn't so much as produce a teasing glass tinkle. Mechanically, the mono behind my lens was as quiet as the rocks we step on in our driveway. Set'n'forget was the motto just as we never give those poor rocks a second thought. Once installed in lieu of the SIT1, I had an initial rush of noise in each speaker which quickly subdued to blessed nothing. Electrically too, these Germans kept perfectly mum. With performance hifi, nothing speaks louder than mum. After all, noise is the enemy.