Robin is significantly smaller than and not as heavy as Pirol but in general quite similar. On the front baffle there is an AMT tweeter in a small horn and a midrange in now traditional tweeter-on-top layout. An ambient rear ribbon improves the spatial aspects and adds more air. The two now 10-inch woofers down from the Pirol's 12" versions occupy a side each driven by built-in class D. Like the other SoundSpace Systems speakers, Robin uses DSP for fantastic coherence as one of the most prominent features of the lineup. There is one quite significant difference to the bigger siblings. This time one only needs speaker cables. Pirol required a long interconnect, pre-out plus speaker cables. Robin should make life easier. One still needs two power cords of course. This very first pair had a simple knob for high or low bass levels. Michael still considers replacing it with a potentiometer for more than two levels but hasn't decided yet. Based on my experience I suggest to stick with the present solution. I used the low setting nearly exclusively. I assume that in some cases high will be preferred so does one really need more than two settings? I don't think so. 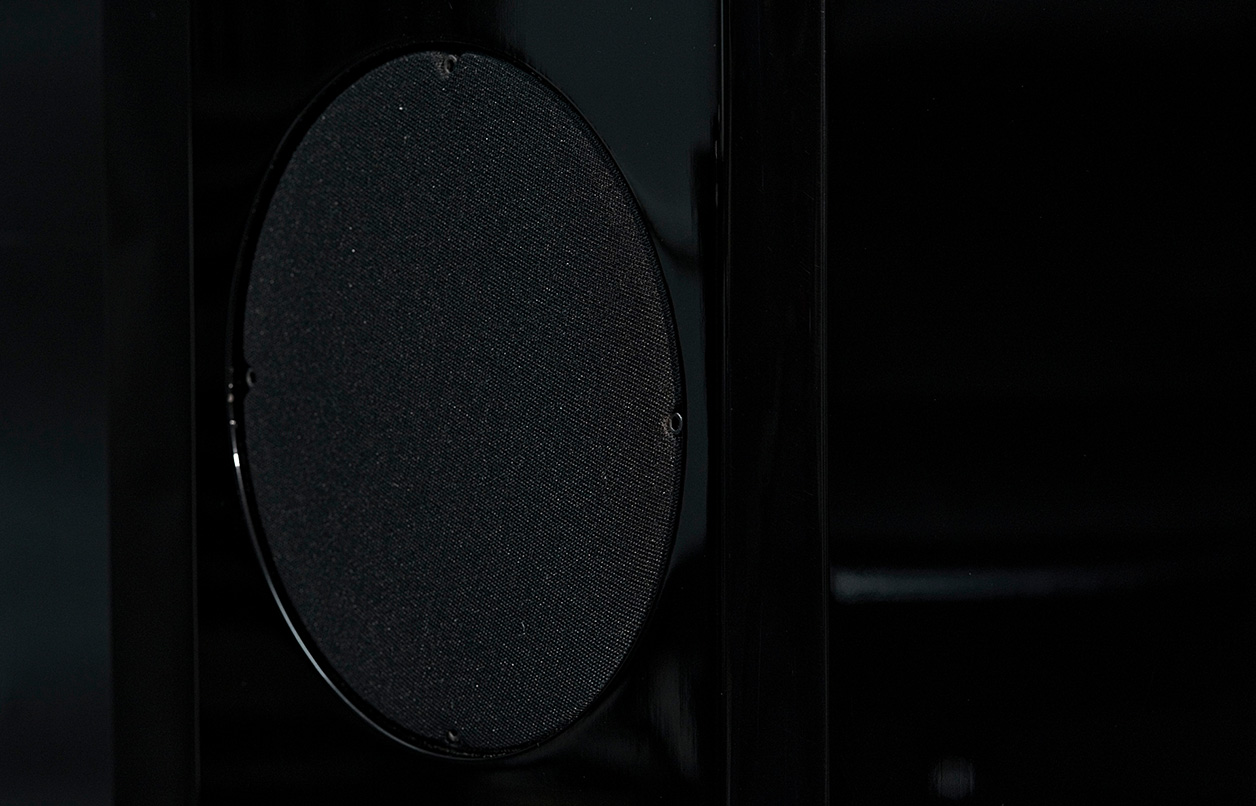 The SoundSpace Systems Robin is a 3-way measuring 114x27x43cm HxWxD at 42kg/ea. The review pair featured the costlier bamboo not MDF cabinets finished in high-gloss black like Pirol which used ribbon not AMT main tweeters. The rectangular tweeter horns in my loaners were rosewood, the basic version uses MDF. The rear tweeter hides beneath a grill cloth. Michael emphasizes the ability of his tweeters to do high SPL at very low distortion and I can confirm this. Below the horn sits a 7-inch midrange based on Michael's house design of an exponential diaphragm of finest cellulose fibers with silk suspension. This operates in a folded open baffle so dipole venting through the rear grill. The minimum electrical crossovers don't exceed first order. The force-cancelling woofers operate in a sealed cabinet with impulse compensation. "Along with our other loudspeakers, we compensate for efficiency differences against the tweeter and midrange  with active bass and DSP." The simple back panel sports a pair of high-quality speaker terminals, IEC power inlet, on/off switch and a small rotary for bass intensity. One key feature of Robin is high 96dB efficiency with a nominal 8Ω impedance not falling below 6.4 Ω; and bass to below 30Hz. These parameters promised that tube amplifiers even low-power SETs might make good partners.

More than a year separated my sessions with Pirol then Robin. That's a lot of time when in the interim I reviewed 50 or more components including several speakers. Yet from the go, I felt like being back with an old friend. A year later he'd obviously changed to a point as had I but he still was the same old familiar. Whilst Aidoni, Pirol and Robin differ on size, weight and scale of their presentations, they share coherence, musicality and immersiveness that make them very familiar once you get to know at least one. There's no doubt of a house DNA which includes high sensitivity and a firmly developed personal view on how good speakers should sound. As a result, switching from one to another doesn't mean choosing a different sound philosophy but rather, your proximity to nirvana. 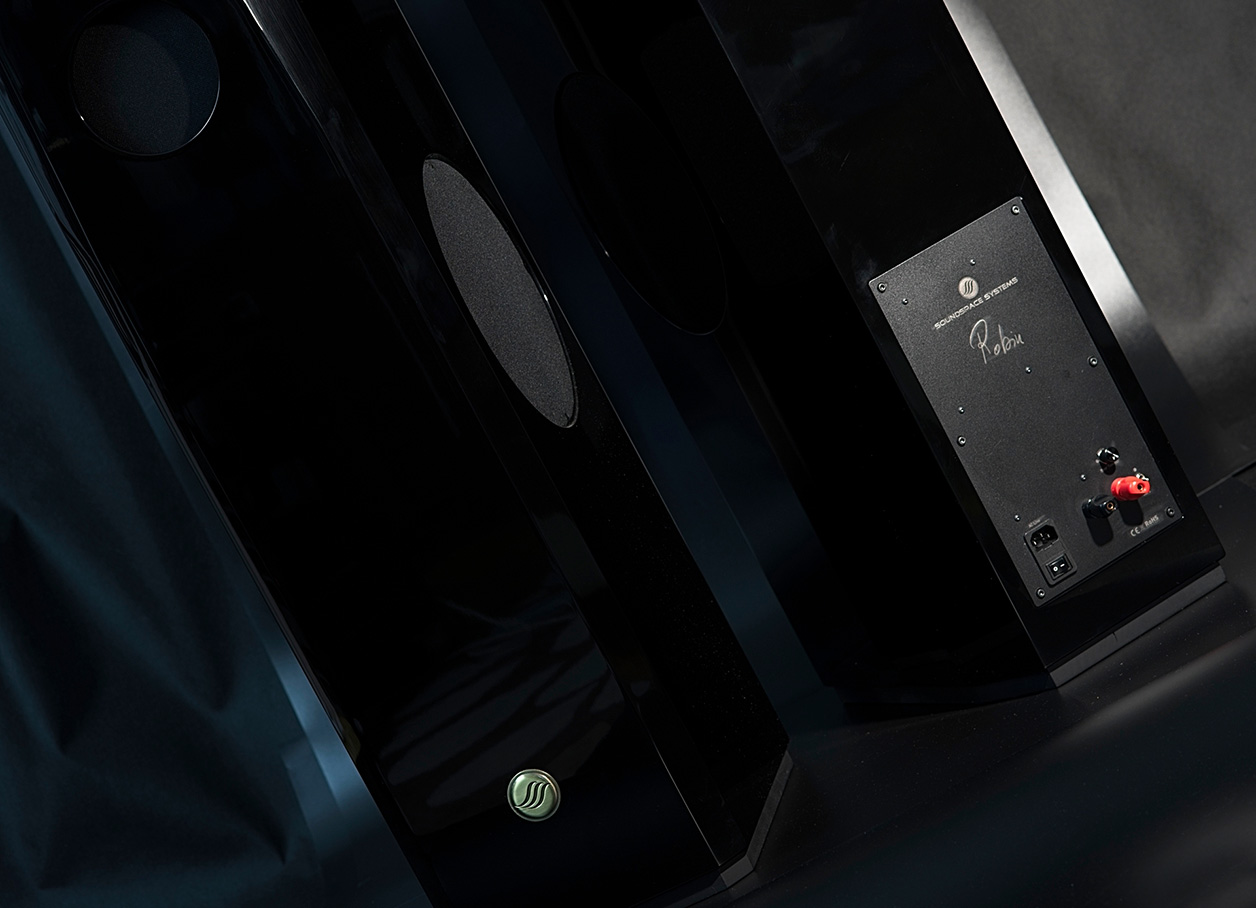 One thing to make clear from the start is that none of the three models show off. Whilst very impressive, they won't sweep you off your feet right away then wear you down after a few hours or days. Robin may surprise or even impress right from the first track but will keep you engaged for the long haul. What's special about Robin and its bigger mates is how skillfully Michael managed to combine a whole set of sonic qualities which translate into performance that has you quickly forget about the system, room and that this is just playback of an event that took place years ago, possibly halfway across the world. All that matters are the emotions it inspires in the music it plays for us here and now. Many manufacturers describe their audio products as bringing music to life but these actually do it. They are very effective at it but in no way show-offs.