April 14th, 2021. "We've been hard at work. Chris is now on version 3. The initial design showed quite high acoustic pressure particularly in the single cavity. He suggested that I open it and flare it a bit more. It now looks like a 'W' shape and has much better air flow. Attached are some screenshots of Comsol. The acoustic pressure plot starts out pretty much equal front to back from 1-10Hz, then increases on one side as it goes up to 100Hz. Above 180Hz, it strangely flips sides but of course we wouldn't go that high. We're looking at 4th-order slopes to kick in at ~60-80Hz. There's also very well-defined phase separation front to back with the lateral null on either side.

"Have also done work on the external filter/amp enclosures. It's my little Snow White project. I'm thinking to combine white mineral/acrylic like Krion or Corian with a natural light wood like maple. Another idea is to only have touch controls apart from the mains switch. Swiss company Algra Group who do all the case work for Nagra have developed a touch-control system called Dynaforce which works with most surface materials. We could have a simple menu-driven setup and possibly even duplicate it on a remote/panel. I'm currently also investigating a 10x13x8.6cm 250-watt power + PSU module. If it works out as expected, we could end up with a compact little box of just 16x20x12cm."

… for the dimensions of prototype sub box N°4. Mouse hover will enlarge the details.

Martin's subsequent email mentioned that some of his queries for plate amps had returned with minimum order demands of 400! At such volumes, a small boutique's project could be still-born. Why tie up all operational funds in parts which will gather dust for years to come? You'd think that vendors particularly in Covid times had more willingness to work with smaller ventures. Not. Next. 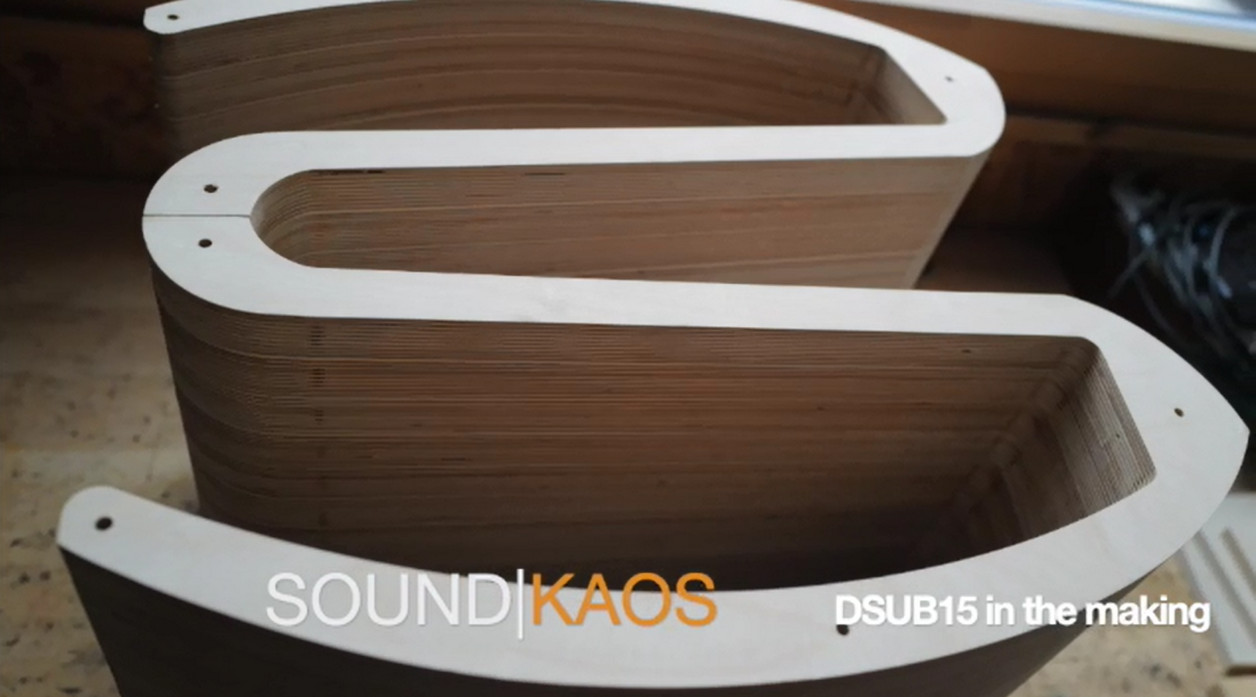 By May 24th, "Simon has been struggling with tolerances on birch ply. 30mm sheet isn't 30mm but anything from 1-1.5mm less. When you add 13 layers of it, you end up 15mm short and the drivers won't fit the hole. Even pros get caught out. Anyway, what's another layer between friends. Also opted for the 12mm white mineral acrylic top. You will need a crane for some heavy lifting! Attached is a little video [click on image to download a 15MB .mov file from this site, then launch to play in a new window]."

When in a subsequent email exchange reader Rainer challenged the entire Ripol concept as hogwash, it led to this industry feature for further clarification.