Boenicke Audio products are known for being imaging fiends that stage off-the-charts enormous. On that score few will go toe to toe. The Crescendo Duo didn't either but had its own agenda about how to tackle any spatial challenge I threw at it. Instead of racing its rival on width and depth, it had me primarily focused on a grand first plane. By filling that with large bold nicely sculptured images, it didn't really feel smaller by comparison. In fact it felt like a far bigger specimen with larger cones. Think of a 2.5-way on steroids where the W11 SE+ decompressed my room more like a stiffer sportier open-baffle type. Its placement some 70cm closer to the chair naturally netted greater depth, far higher oxygenation, a more potent vanishing act and wider structurally more complex soundscapes. The key difference was simply what my ears saw. The Latvian rendered easefully served images stretched wide from left to right mainly in front of me. The Swiss put me inside them surrounded by extra space. That had a major impact on how I perceived these contestants. They weren't alike at all. As a sucker for soundstaging, I truly love what Sven Boenicke's second-best speaker regularly pulls at my place. Just so, many non-audiophiles would view the Crescendo Duo's voicing as the more approachable and fun. It thrives on tasks that demand this exact approach. It's very well domesticated and tastefully voiced so its lower score on several counts versus my five times pricier resident is of no importance. Here I ought to add that by not having a more powerful amp with lower output impedance on hand, I probably missed something important. My gut tells me that it would have stiffened the suspension to become even more visceral. But what the Crescendo Duo managed regardless was mighty impressive already. 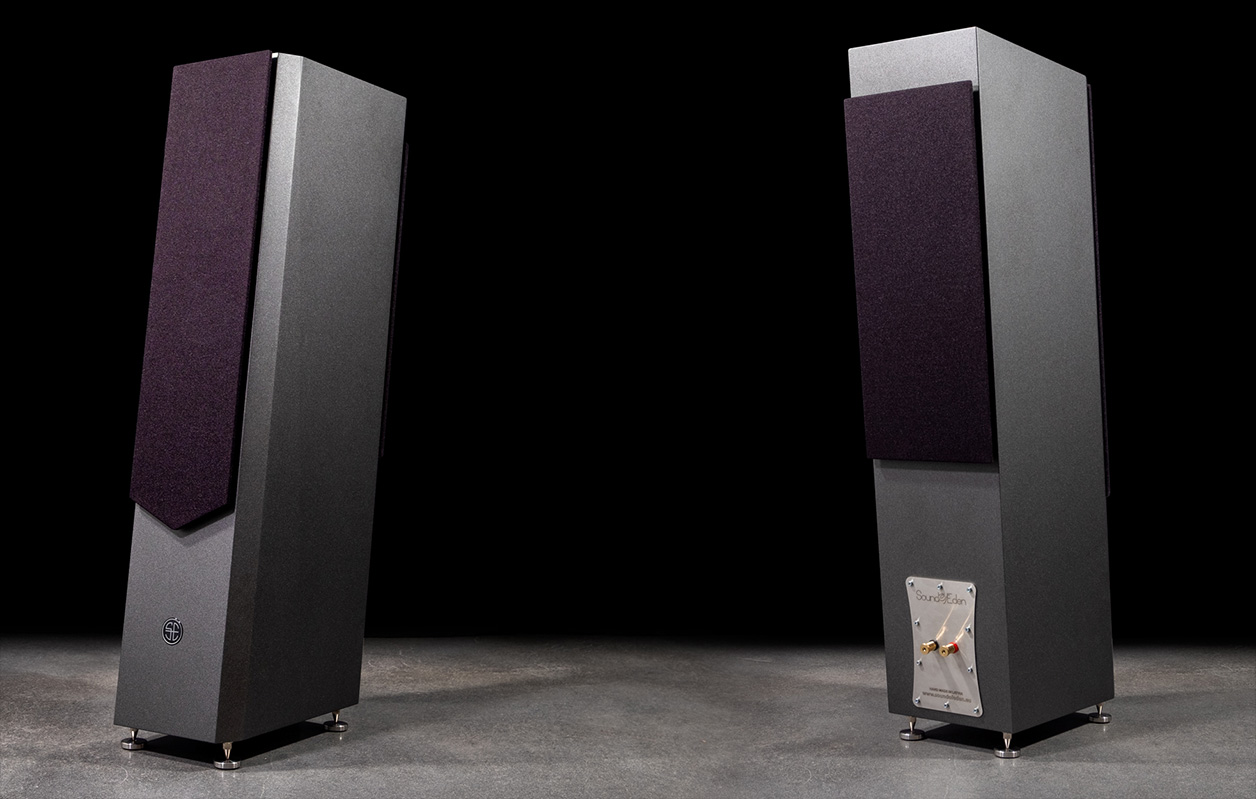 Summary. Shortly after setting up, my colleague Matt who uses the same listening room for his own work estimated the sell price of these at ~€7'000. I'd have thought the same in his place. That's how this floorstander looked, felt and performed. Although Sound of Eden are fairly new, founder Edijs Apenitis is no freshman. Though from afar his Crescendo Duo looks rather regular, up close it stands tall as a well-crafted polished effort without any infancy issues. Tilted cabinets with a vertically trimmed profile look racy and attractive, rear-firing passive augmentation integrates easier with a room to give properly elastic bass without smear or boom. A high-power amp capable of keeping control over these drivers is mandatory but that's a reasonable demand. I appreciate that Edijs is vocal on this count instead of deluding us about puny valve decks being fit for purpuse. They won't be. Affordable floorstanders are infrequent guests at HifiKnights and the most recent such review penned by yours truly dates back to… mid 2017. Considering this, Sound of Eden's Crescendo Duo emerged as a perfect reminder that big-bore engaging sonics from a compact yet serious and finely executed box needn't be pure fantasy. This 2.5-way affair is anything but, then priced to sell. I really look forward to what's next from Edijs Apenitis!