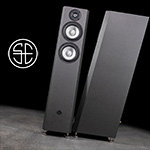 This review first appeared in September 2021 on HifiKnights.com. By request of the manufacturer and permission of the author, it is hereby syndicated to reach a broader audience. All images contained in this piece are the property of the maker or Dawid Grzyb – Ed. 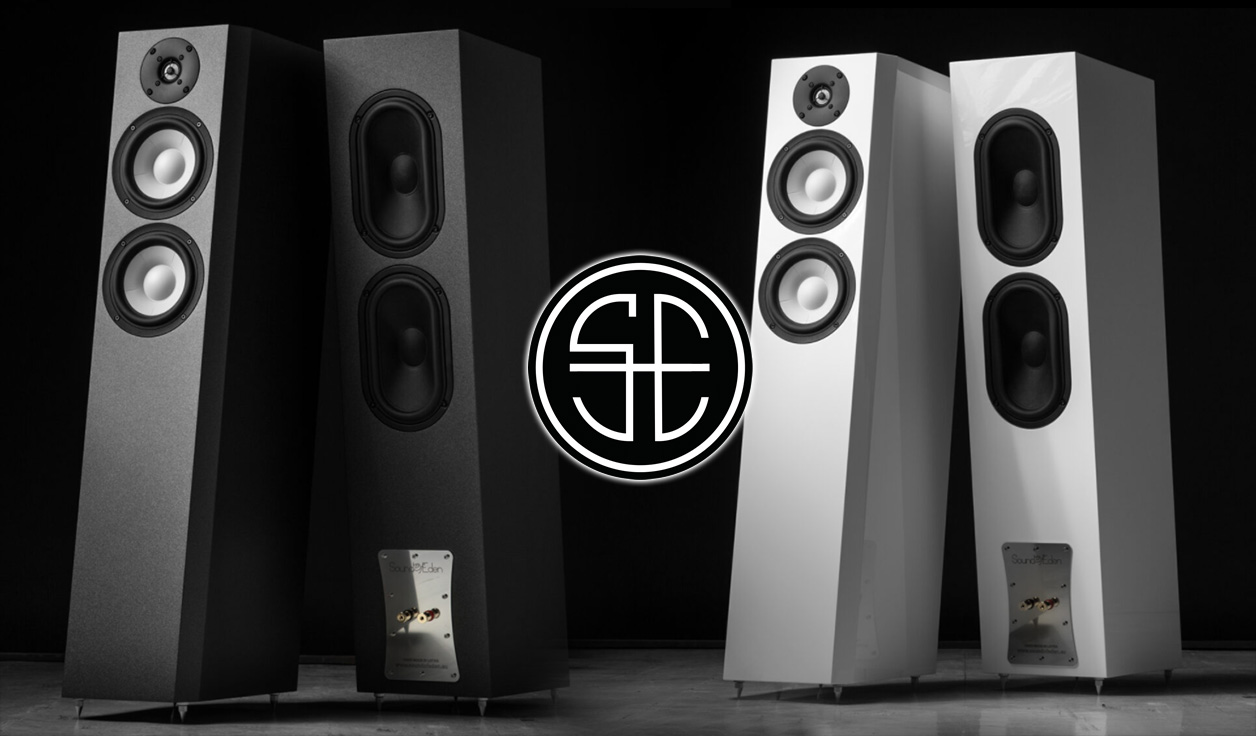 Sound of Eden's Crescendo Duo is a 2.5-way floorstander dressed to impress. It then adds passive radiators and competitive pricing. We're about to find out whether it sounds any good, too. Although it should be no issue, I shamefully admit that until recently I couldn't name one Latvian audio house. In early August that changed with an email from Andis Ozets, founder of Riga company Audiomotiv. One glimpse at his appealingly minimalist site reveals two floorstanders under the Sound of Eden brand. These weren't his though as I first thought. Andis has been a passionate audiophile for some two decades already and Audiomotiv is his own demo room created to showcase, market and sell direct Sound of Eden speakers and systems built around them. Since this assignment originated as a distributor's effort to gain coverage of a product he believes in, it was only natural to ask about the individual who actually put it together.

Sound of Eden is a fairly recent endeavor with Edijs Apenitis at its helm. He's its sole engineering brain and the craftsman behind the products. From Andis' brief description I learnt that Edijs has been into sound since his teenage years and for over a decade restored and DIY'd many speakers. Finally he reached a point where his efforts had to formalize as a proper audio business. That became Sound of Eden. The two gents who operate under their own discrete banners decided to join forces and now take a step beyond their domestic turf towards the global market. One never knows what to expect from any new venture but early impressions usually suffice to discern whether the people behind it are any serious about pursuing success or not. A peek at their two sites suggested that these folks are. They share a clean buttoned-up look with all the details, lovely photos and feedback from Latvian musicians, sound engineers, record producers etc., alas not from reviewers or regular customers yet. So today that chapter opens. Andis offered to send over their Crescendo Duo model with two passive radiators in the back, quality drivers on the front and a not extortionate €3'500 tag. If anything, that struck me as suspiciously low.

Two large cardboard boxes landing at my doorstep featured wood-reinforced ends to be heavy enough to want two adults to manage comfortably. Each housed a speaker inside a cloth bag wedged between several big foam slabs to tightly lock in place. Although cardboard is prone to transit punctures, these internals protected the loot properly. It arrived with easily detachable threaded spikes already mounted and eight substantial spike shoes with cloth bottoms. The Crescendo Duo is a passive 2.5-way floorstander. Each measures 225 x 1190 x 346mm WxHxD and weighs ~23kg so was light and compact enough to handle on my own. Further specs include bandwidth of 28–30'000Hz, 88dB sensitivity, nominal 4Ω impedance and 250W power handling. These numbers suggest a not exactly pushover load which the maker confirms by suggesting class D power. In fact, the Hypex NC1200 model of 700wpc into 4Ω is Edijs' weapon of choice. On fit‘n'finish, his speaker proved to be a fully mature subject that suggests its maker's DIY days are long behind him. Gently sloped slim enclosures with vertically trimmed foreheads align their drivers in time and simultaneously refine aesthetics for appealing visuals. We see this look from Boenicke Audio and Audio Physic but the list of manufacturers who tilt their speakers back for the same reason is far far longer. Although Edijs remained silent about his cabinet material of choice, MDF is my guess. The Crescendo Duo can be had in glossy white/champagne or anthracite black/grey but upon demand includes polished walnut or mahogany veneers. 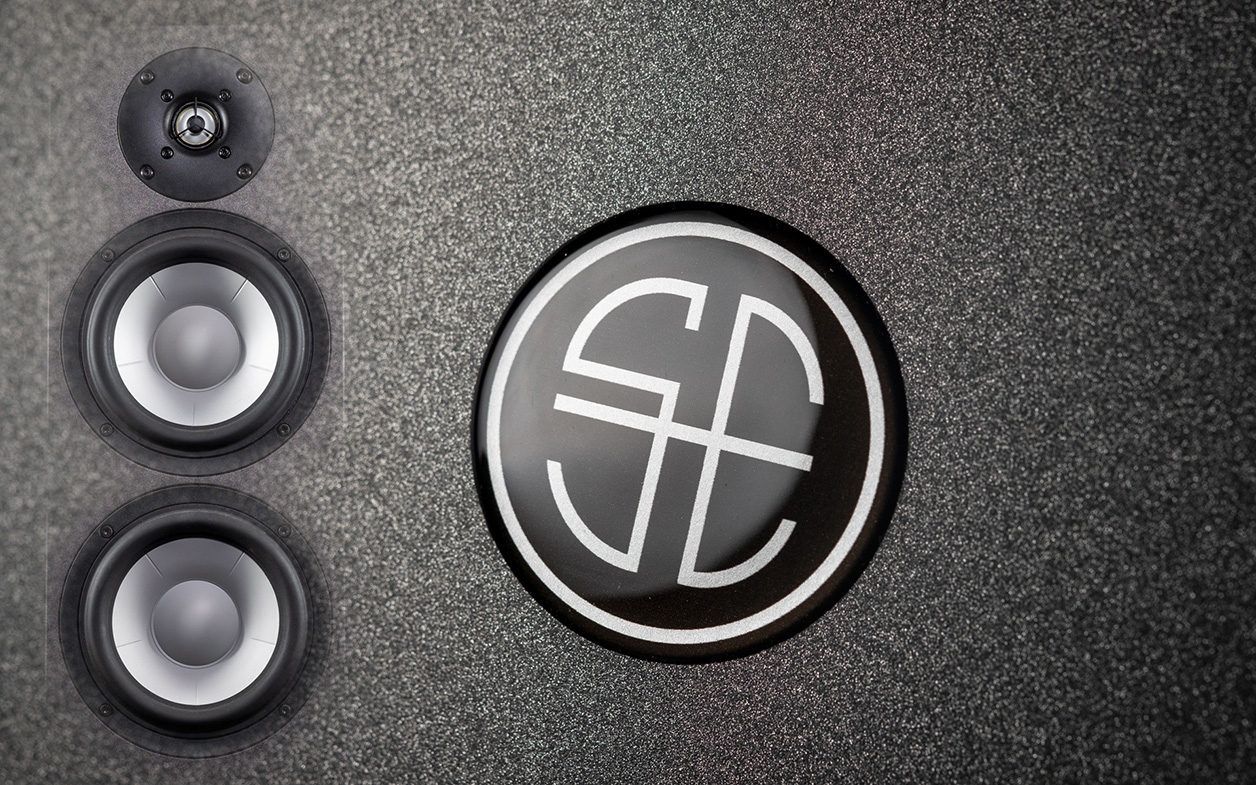 Each front baffle houses one tweeter and two identical mid/woofers with staggered filters. One handles just bass, the other parallels it then meets the tweeter. On-site descriptions don't identify the exact driver models but it's no secret that they're sourced from SB Acoustics. Upon investigative online sleuthing, the 1" tweeter crossed at 2'200Hz appears to use an aluminium/ceramic dome, non-reflective rear chamber and reflector disc for wide propagation. Edijs' 6" drivers feature geometrically reinforced ceramic cones, soft long-throw rubber surrounds, non-conductive fiber-glass formers and cast baskets. Crossover components include Mundorf parts that form 3rd and 4th order slopes but nothing else is known about the network, internal compartments or damping materials. Since my loaners originated from a shop, opening one up wasn't in the cards. The passive radiators look like the model's trademark feature to ease the routine trouble of regular ports while still aiming at deep bass from a rather compact box whose geometry also aims at reduced internal standing waves. 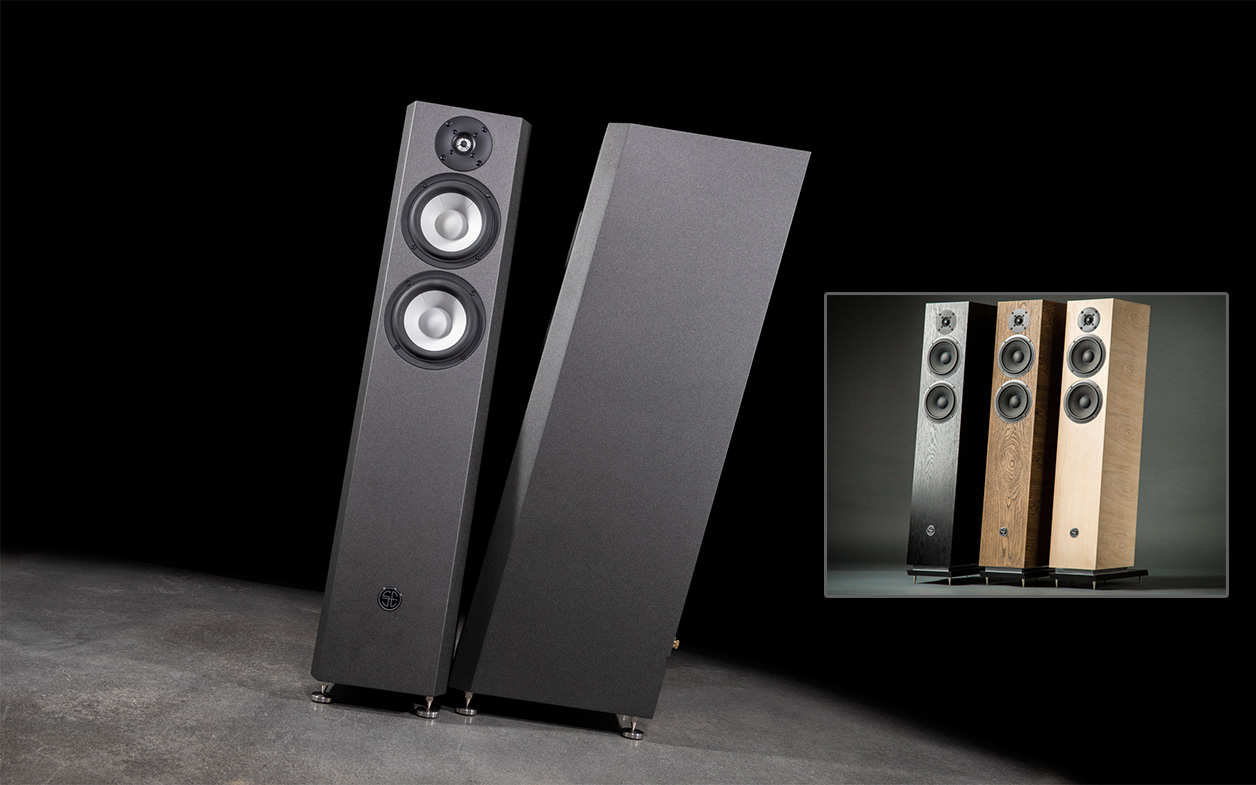 Often auxiliary bass radiators also score higher on room compliance than rear-ported affairs. This one seems destined for normal living rooms more than acoustically treated bunkers without windows. It impressed me for many reasons which photos don't quite cover. For that one must knock on its dead walls, inspect how well it's put together, how tightly each driver embeds in the paint and how Edijs managed small details. Two differently shaped grills mount via strong magnets. I'll always take that over regular pins and grommets. Although they remain out of sight, Jantzen's binding posts on the rear occupy a massive brushed aluminum plate. I spotted no glue remnants anywhere and the paint was expertly executed. Official photos already gave reason to think of this speaker as a fully dialed affair and my hands-on inspection quickly confirmed it. Now let's find out whether this Latvian's performance keeps up.