October 15th. "Preliminary measurements with a stimulus of -90dB versus noise show a 168dB noise floor in the midrange!

"This linearity plot was made after the above low noise figures which allow for a better dynamic range that should be clear via measurements if the last bits become visible. This plot was set to a range of -160dB. If as a result of low noise and high linearity the converter module is capable, then the first bits should show up as stair steps. The more bits get involved, the smaller the steps become until they are no longer visible and the plot changes to a straight line." 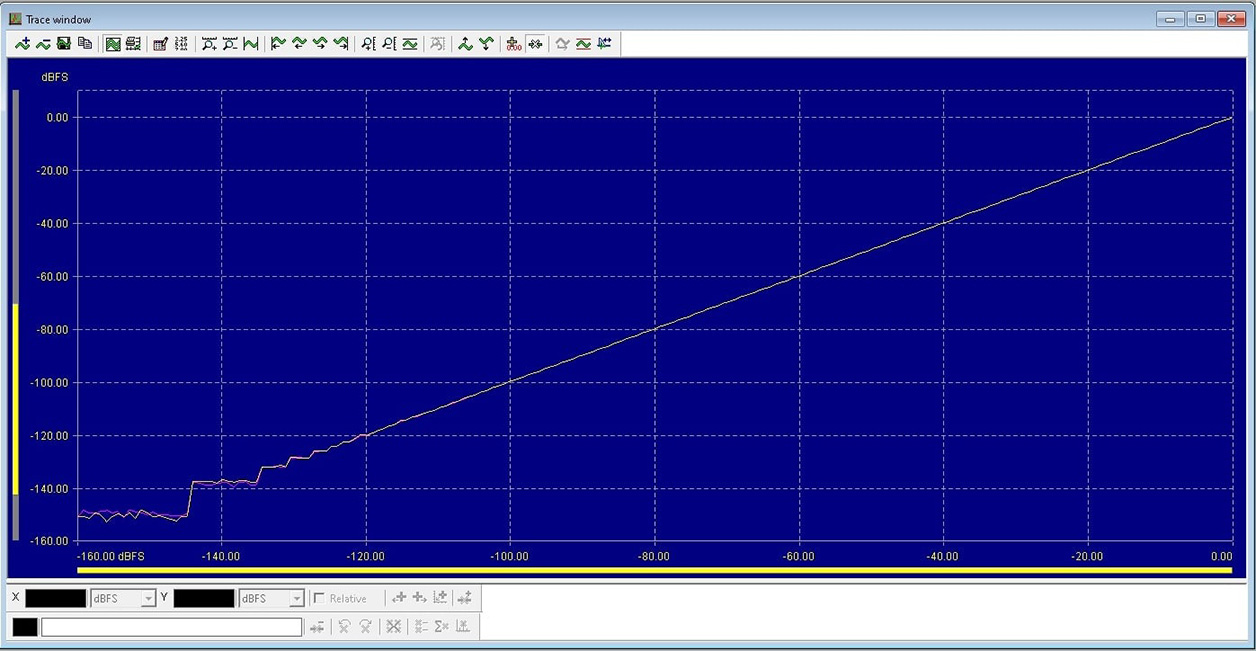 Shortly after that reveal, a sex change announced. Father of Morpheus had become Mother of Morpheus aka Pasithea. She premiered officially at the Dutch Audio Event 2021 during October's last weekend. Looking up her name, "in Greek mythology she was one of the graces and personification of relaxation, meditation, hallucinations and all other altered states of consciousness. She was married to Hypnos, god of sleep." And there's the connection to Morpheus the dreamer. The Sonnet family tree of design DNA is perfectly consistent.

From my iFi Audio Pro iDSD Signature review, "our internal converter engine of four Burr Brown DACs runs parallel/interleaved. That mimics an 8-bit/multi-bit hybrid. A multi-bit architecture handles our top bits. Since ΔΣ modulators struggle at high levels, we removed their main disadvantage and need for high-order modulators. Multi-bit systems have the opposite problem. They aren't very good at very low levels. By splitting low-level signals off into a low-order ΔΣ modulator, we get the best of both worlds." Cees shares the same opinion on R2R's challenges in the lower bits. But his solution splits the digital bitstream into two equal R2R halves then processes each as the most/more significant bits. In the analog domain he then corrects for the excess gain of the less/least significant bits. It's how he achieves his extreme low-level linearity. It's the same goal iFi Audio designer Thorsten Loesch pursues with his hybrid scheme and for the same reason but executed with pure R2R ladders. 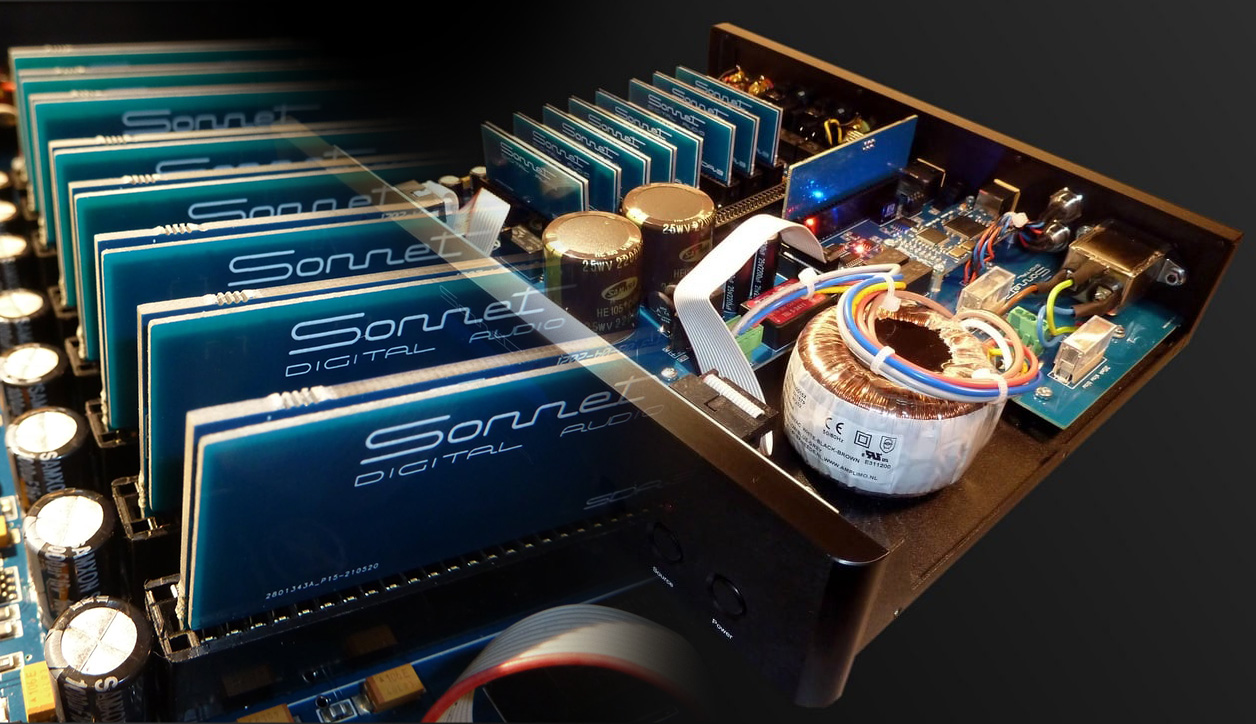 A week after the Dutch show premiere, full Pasithea specs dropped. i/o are on Toslink, coax, AES/EBU, I²S and USB plus 2V RCA and 4V XLR. Channel separation is 125dB, the noise floor -160dB vs 4Vrms. Output impedance on RCA is 100Ω and just 16Ω (!) on XLR. A special -10dB mode set in the menu anticipates amplifiers of high input sensitivity and/or ultra-efficient speakers. Dimensions are 29 x 25 x 6cm WxDxH, weight is 3.5kg. A six-button metal remote is included. "The eight 3rd-gen SDA-3 converter modules each operate at ~50C°. While for the show we used the regular Morpheus cabinet, it didn't vent properly. For Pasithea we already ordered cabinets with cooling slots on top and bottom. Their estimated arrival is mid December at the earliest. You should probably expect your review sample early next year. We do the front panel and silk screening in-house but sheet bending/cutting, tapping and paint are still outsourced so exposed to scheduling delays beyond our control." By early November, Stereophile's Morpheus review published. John Atkinson's measurements confirmed Cees' own. Reviewer Alex Halberstadt bought his sample. Soon Pasithea would apply still greater scrutiny to the very lowest signal and particularly on XLR add exceptionally low direct-coupled output impedance.

December 14th. "I've been informed that the housings for Pasithea arrived. Now the factory will build in the electronics and run extensive tests. In the next week we'll do only two days of work then close until the new year. It means that we can deliver your sample in the second half of January." Encounter with goddess booked. Note to self: get out beard trimmer.