Once I had the AIO on a passive Furutech power bar with proper Zu Event power cord to the wall rather than in a cheesy Ikea strip with crappy captive cord, X marked zero noise. That was better performance than Kinki's dedicated THR-1 which on this magnifying load betrays just a bit of steady-state hum. Impressive! Basic sonics obviously followed the Susvara precedent but with even chunkier images and steeper dynamics as is the Sonorous X's habit. Exploring USB media via micro memory card in an adapter, read-in didn't take long at all. With the current firmware, the 10-/10+ remote buttons on the lovely wand didn't yet jump folders, just tracks. The OS limited to 999 tracks. That took a while to click up to. Anything beyond that—and my card held plenty more—wasn't read. I doubt that'll be an issue even if it can't get sorted. Just divvy up your local tunes across multiple smaller cards and AIO will be your rich American uncle. For actual folder access and quicker more specific browsing, you'll want a tablet or smart phone remote. Our last-century brains simply don't like Wifi or Bluetooth radiation. We're sticking to old-fashionable infrared. Here it'd be nice if two of the currently unused remote control buttons could be coded -100/+100. 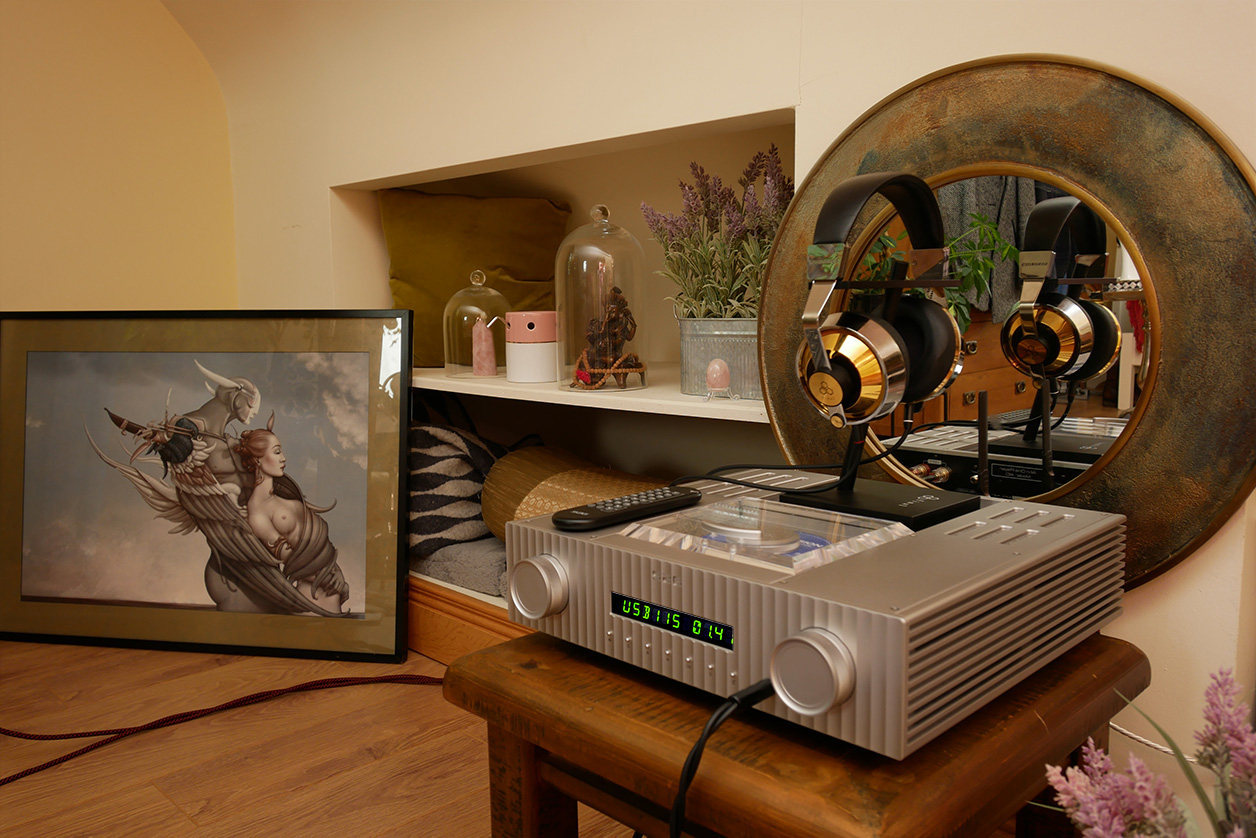 With thumb drive media, each time one hits 'next', the first word or two of the track title float by ticker-tape style. Then the display reverts to showing USB + track number + time elapsed. The OS will substitute characters it doesn't recognize—say from the Greek or Turkish alphabets—with a star. Unless you're a world music fan like us, you'll rarely see stars. Sometimes I could successfully thumb-rattle the 10+ button in rapid succession to jump from say 40 to 130 in one go and play. At other times this hung up in mute to mean changing inputs, back to USB and restart. Whilst all inputs faithfully remember your last-used volume setting which could be very different from source to source, USB didn't yet remember my last-played track. If you stopped at 743 and have to start at 1 again if you powered down or switched inputs, your thumb could be quite sore by the time you're back up to speed. Auto-continue memory too would be a nice feature to add with a future firmware update. 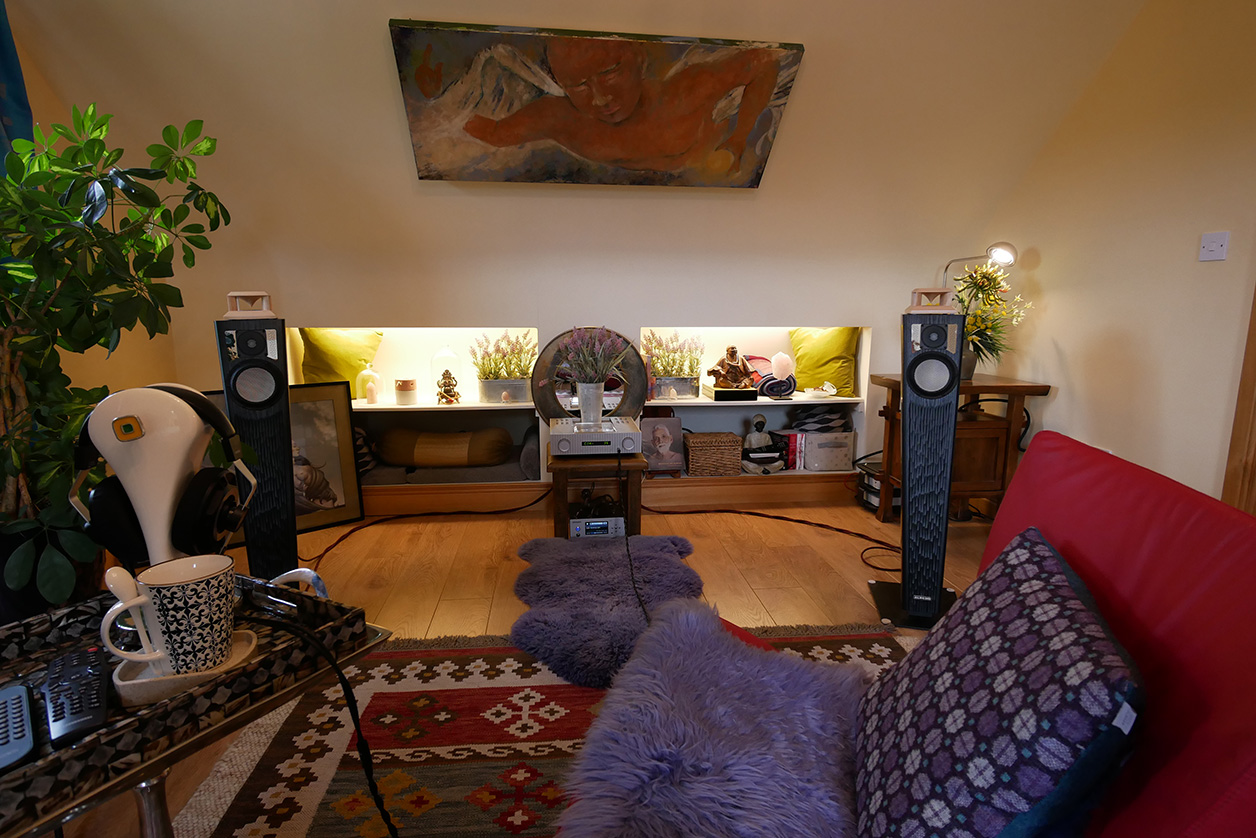 Final's D8000 planarmagnetics on their twisted 3m stock leash sounded exceptionally full-bodied and bass assured. This tracked Simon's bottom-up perspective which builds its sonic palace on a potent foundation rather than floats it in space like a fairytale castle in the sky.

For easier/faster SD card navigatoring, I defaulted to our customary Soundaware A280. For a first tête-à-tête with not ear but room speakers, I picked Albedo Audio's two-way Aptica transmission lines. With their 1st-order purist filter, time-aligned Accuton drivers and decorator-happy style, Simon would have wholeheartedly approved I thought. Still in from their review were Franck Tchang's Avantages Audio magnesium-alloy dome omnipolar super tweeters. So those hopped aboard as well for some upper-harmonic gain on an 18kHz 1st-order filter. Chris Sommovigo's Black Cat Cable Lupo cable in biwire dress served speaker and super tweeter from a shared AIO terminal. 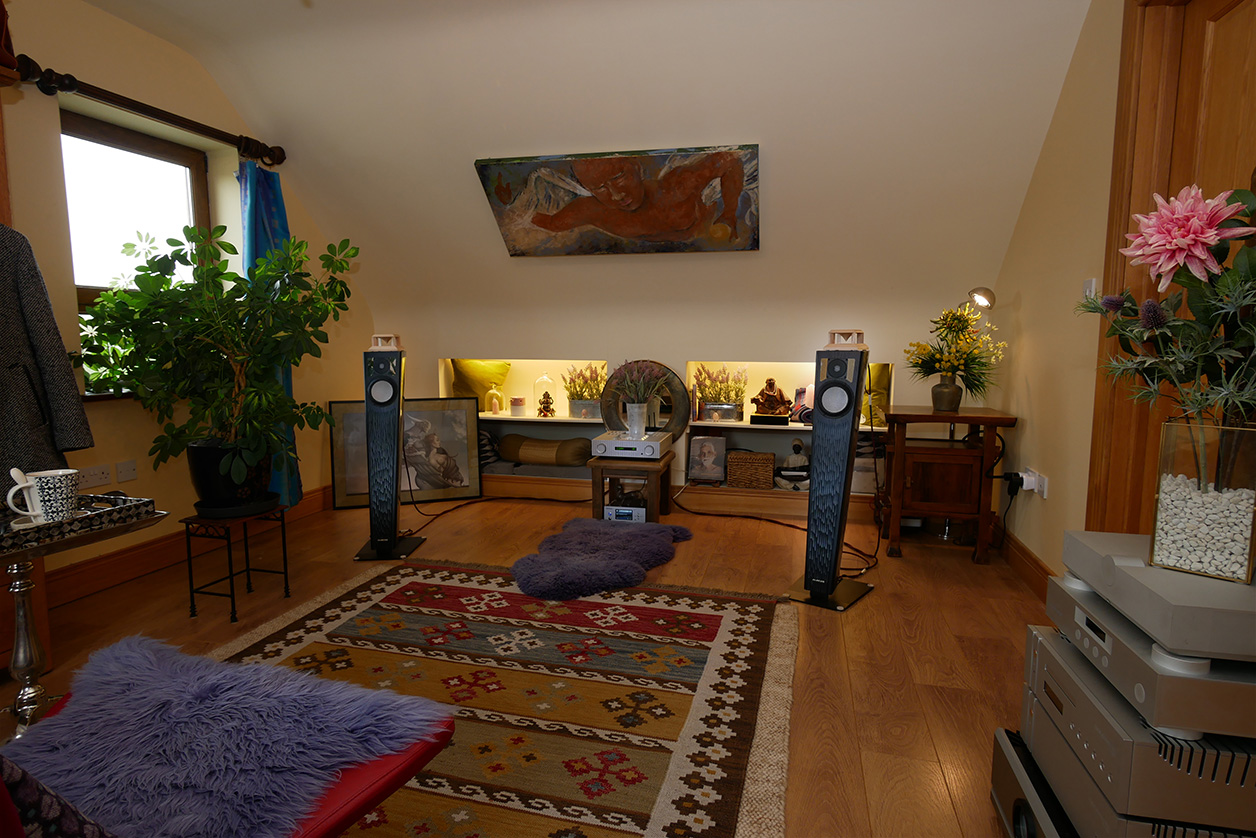 Listeners with experience of hard ceramic drivers won't be surprised that Simon's machine had these specimens sound unusually weighty and corporeal. That traded a bit of subjective speed and lit-up briskness for an earthier blacker more settled read. Because the add-on omnis don't handle fundamentals, only upper harmonics which naturally are very low in amplitude, they didn't shift sonics into a more lit-up incisive milieu at all. As I put it in their review, they simply broaden the bandwidth of timbre differences. Now four unison singers sound less alike for example. This better registers with us as four discrete different voices to also improve separation and localization. Being very familiar with the Aptica, I knew their presence-and-up region to be capable of more resolution when driven by a Bakoon AMP-12R or Crayon CFA-1.2. Once more this confirmed Simon's preference for a frequency balance with a slight tilt to elevate the bass and soften the treble. It's a most agreeable voicing which plays nice with even poorly judged recordings and which is eminently non-fatiguing to sustain long sessions at even happy-hour levels. 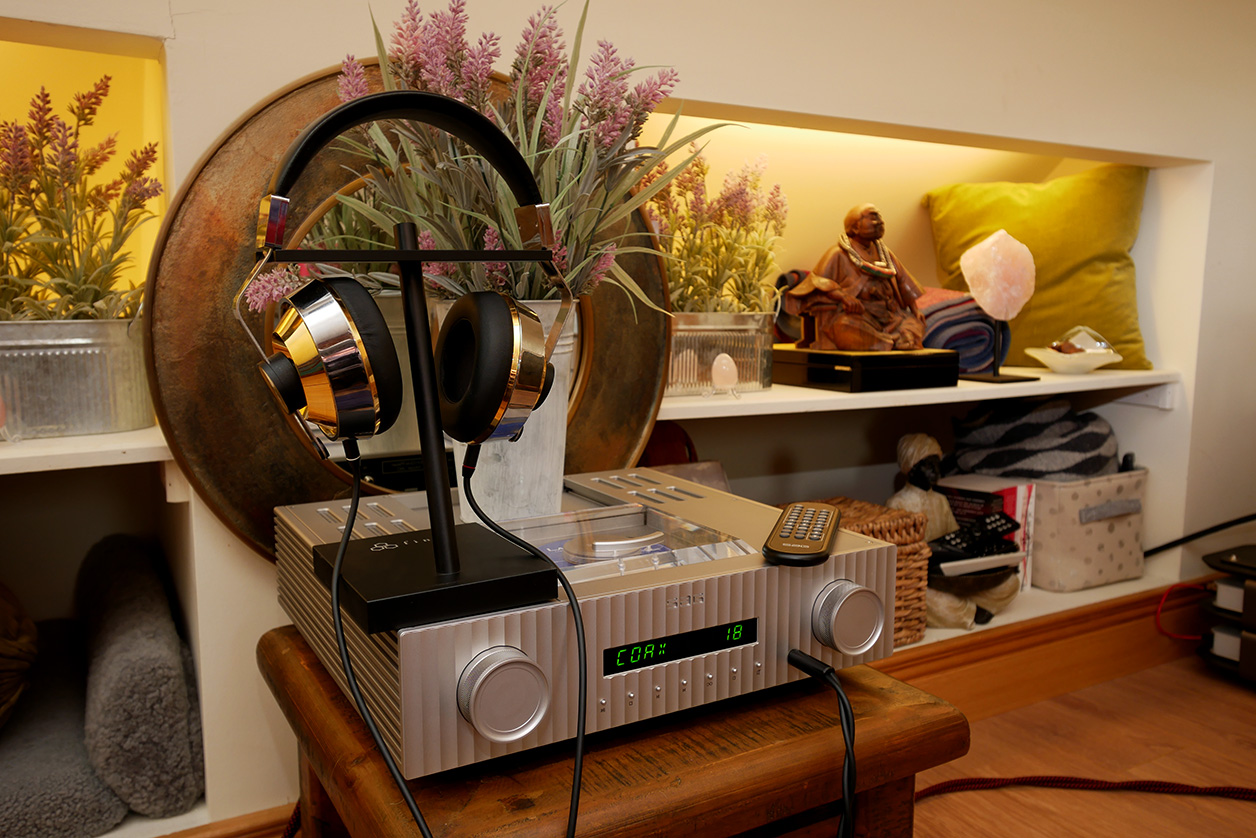 Tapping coax vs Toslink off our SD card transport for a little wrestling had Toslink on a premium glass-fibre AudioQuest cable mute on 24/96 files which coax played without any hesitation. I was familiar with Toslink balking at 192kHz samples rates but not 96kHz. No matter, coax did sound slightly better. Off into the big room.