Superior receiving. Consider the Korean audiophile's system at right. He has a turntable, phono stage, tuner and what look like a CD player, preamp and power amp. He then also has an AIO which, except for the first two components, combines all the other ones. The other SAG client at left started out with an AIO then added an external hard drive and WiFi antenna. Let's take stock of what the All-in-One Player can be/do. 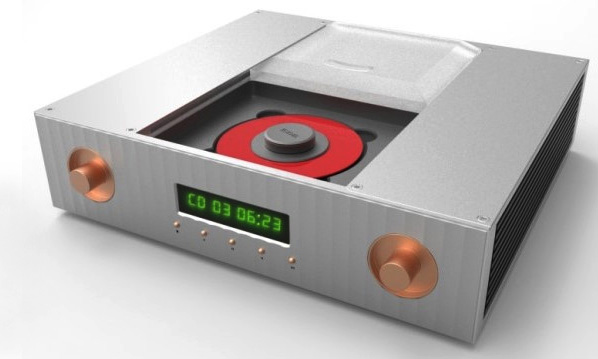 The pre-outs can break out of super receiver one-box integration. Should one need even more power in the future, one straps those variable line outs to a bigger more potent amplifier. Doing so transforms AIO into a most comprehensively featured source component. Now the pre-outs become secret back door to an upgrade path for extremists.

Demonstrating how things can and do change over time is this earlier render of two-tone cosmetics with coppery control knobs and buttons. Most should agree that the unified silver look of actual production with its black back panel has the greater universal appeal. Referencing the AIO against Simon's earlier Aura Note equivalents, most won't miss the flashier chrome so prone to smudges, the side-mounted headfi access and less comprehensive rear socketry. 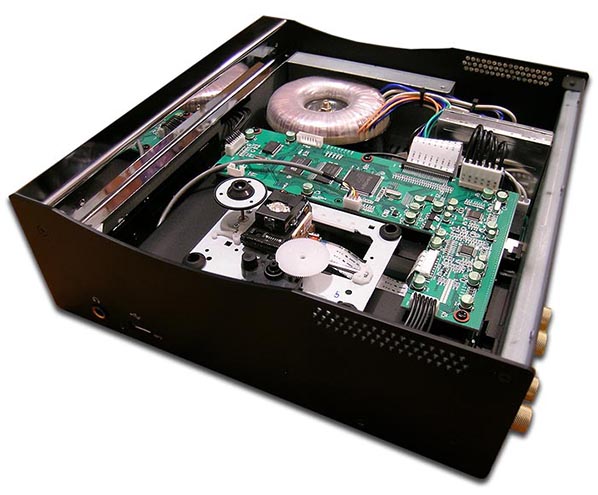 As shown, the first Aura Note still sang in the key of lower-power class A/B. With the iPod's reign not yet ended then, there on the front right cheek was a separate input and charge port for it.

To learn what goes on underneath these covers, I needed an actual loaner and screw driver. I'd already emailed a short questionnaire to Simon to walk us through this circuitry. Of course asking manufacturers to lay bare their circuits like a forensic coroner does with an autopsy to establish COD—not cash upon delivery but cause of death, except that here it'd be electronic cause of life—is something only nosy (noisy?) reviewers attempt. Our kind should actually expect to be sternly told that it's none of our bloody business. Which, really, it's not!

Depending on how well it's written, an owner's manual then tells us all we really need to know on how to operate and exploit each feature of such a flexible machine. With its big one-line alphanumeric display where Naim's $3'295 40wpc Uniti Atom goes full-colour album art, access to streaming would obviously involve a tablet remote or browser window. What software running on an iPad did SAG recommend for that?

Chief designer Thomas Uhm: "The preamp stage of the AIO is active, not passive. The digitally actuated volume control isn't a pot but a Cirrus Logic CS3310 chip." From its data sheet, "the CS3310 includes an array of well-matched resistors and low-noise active output stage capable of driving a 600Ω load. A fully adjustable range of 127dB in 0.5dB steps is achieved through 95.5dB attenuation and 31.5dB. The device operates from ±5V supplies and has an input/output voltage range of ±3.75V." 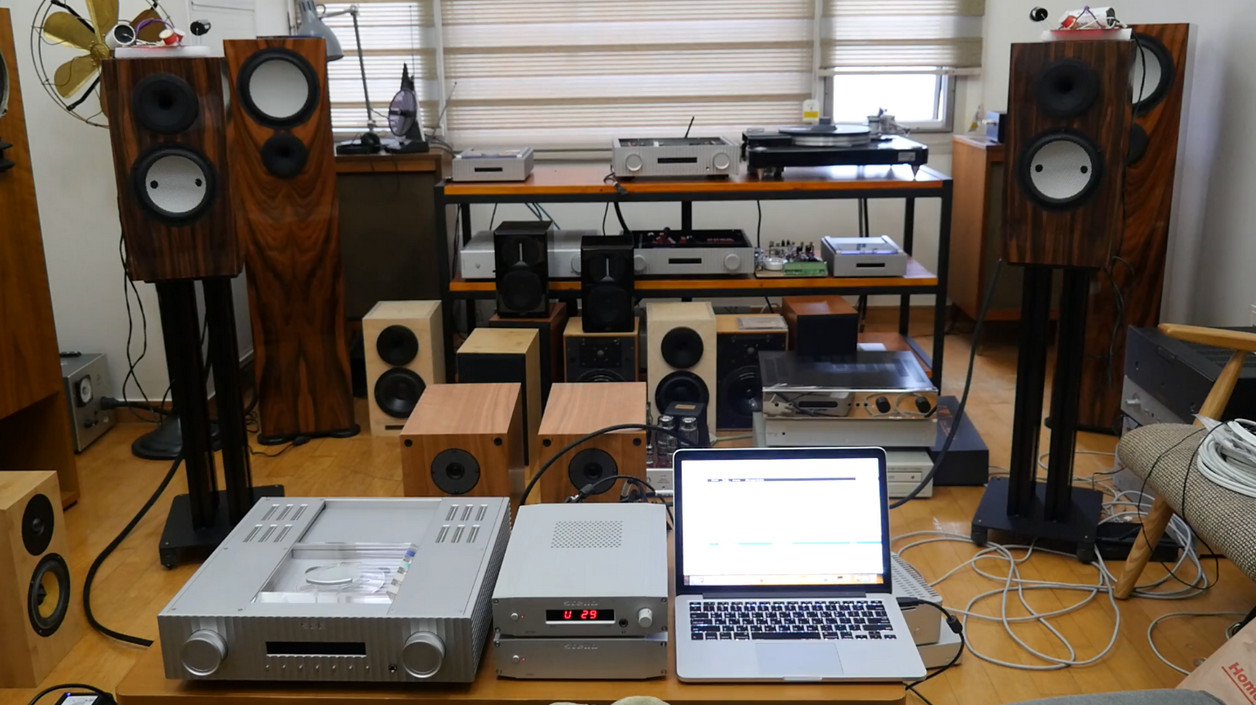 Back to Thomas. "The CD transport is from Sanyo and the AIO output stage is a pure complementary single-ended push/pull class A/B affair using twin pairs of 2SK1058 and 2SJ162 Renesas/Hitachi lateral audio power Mosfets. The headphone amp taps into that same output stage through a voltage divider to produce 1.62wpc into 50Ω and 1.47wpc into 300Ω." That approach to headfi reminded me of how Simon did it with the Aura Note units before; and the €695 dedicated Kinki Studio headphone amp which embraces lateral Mosfets from Exicon which are usually seen in upscale speaker amps from the likes of Bakoon, Crayon, Goldmund, LinnenberG and Nagra. "Final very minor bugs with the network and USB facilities will be sorted in four weeks. For DLNA we find that Mconnect sounds very good—it's strange but different apps sound different—and BubbleUPnP isn't bad. USB memory stick control is limited but not bad for the purpose (more in the manual)."

By then more domestic customers had received their AIO. They shared early enthusiasm in photos and words on Simon's forum. The Korean characters I couldn't make out. The pictures told their own story. I finally saw that the power mains switch locates cleverly on the belly ahead of the front left footer. No fumbling around the back should the device be installed in a rack; no additional switch on the front to mar aesthetics.