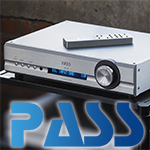 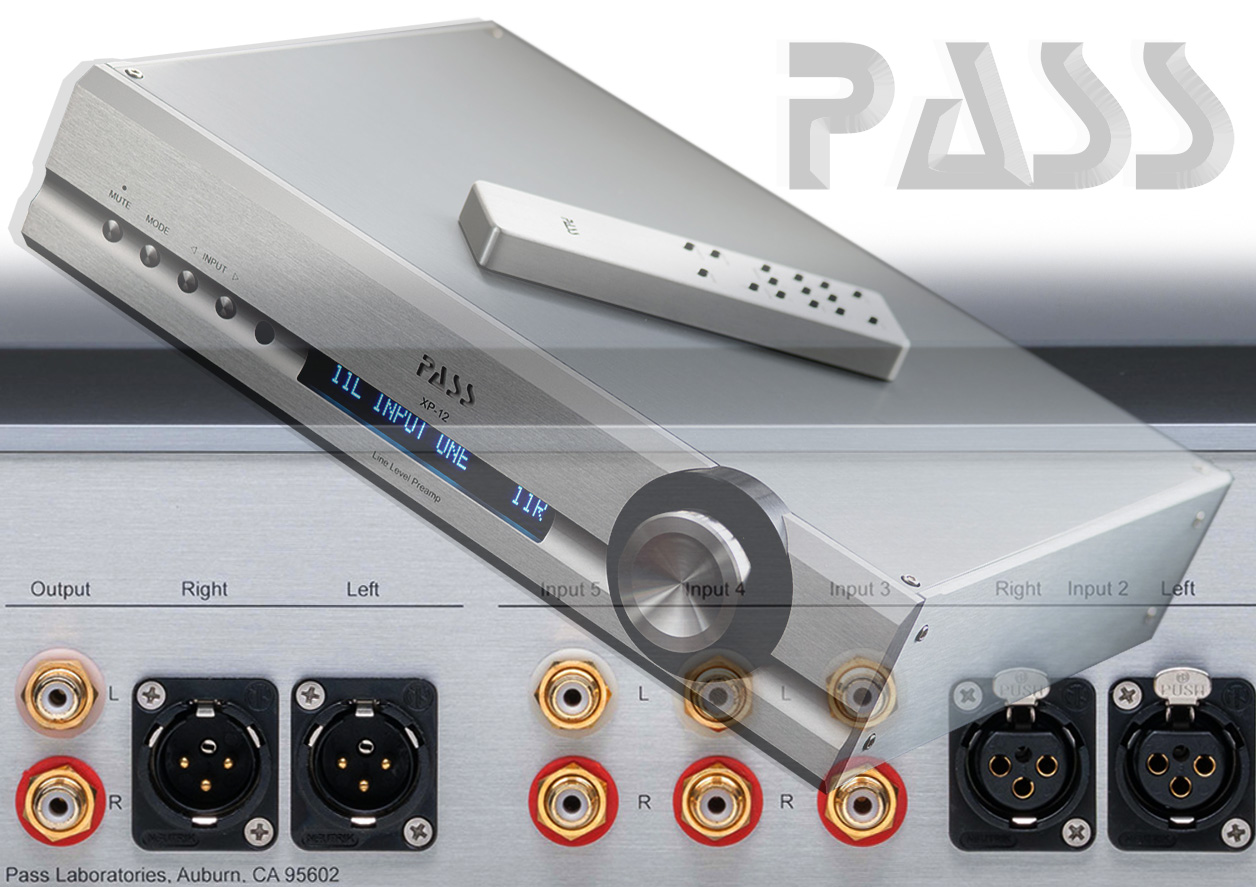 Pass Labs make amps, preamps, phono stages and headphone amps. They've also made speakers in the past and one DAC. The company is obviously named after its founder Nelson Pass who ranks amongst America's foremost specialists in class A transistor amp design. But he doesn't do the firm's preamps. Those fall to his partner Wayne Colburn [right, in focus] who's been at his particular specialization for already 25 years. "Wayne's modesty has tended to keep him out of the spotlight and he does not like to write. So it falls on me to trumpet his achievements" is how Nelson put it. Having never yet heard a dedicated preamplifier from their house, it was sweet time that I learnt how the other half designed. At a Munich show meet with their third musketeer—Desmond Harrington, out of focus above, an original Irishman from Cork not a late Mayo transplant like yours truly—things were put in motion to make it so. Owning their XA-30.8 as our reference specimen for a class A solid-statesman, I had the right stuff to plug into. Just like that amp which fits into a single chassis (just fits you might skoff whilst tabulating a total of 40 output transistors and a hulking trafo against a modest 30wpc rating), so does the XP-12 preamp under review today fit into a single chassis. Porking out across two then three boxes is left for the costlier brethren to actually do and those of deeper wallets to perhaps do or at least ponder. Is that called preponderance?

Just like its multi-boxing siblings, the XP-12 uses vintage Toshiba Jfets for gain and just the precision resistor ladder not the opamp portion of Pass Labs' favoured New Japan Radio's Muses 72320 chip for perfectly matched 100 x 1dB steps of volume. That is set by a microprocessor with memory through an optical encoder behind the physical volume knob. As the next photo shows, there are 2 x XLR and 3 x RCA inputs whereby input 5 can be configured for unity-gain home theatre mode. For outputs there's 1 x RCA and 1 x XLR. There's also a trigger port to make the XP-12 turn on a power amp. There's remote control over gain, balance, mute and input selection as confirmed by a blue-on-black fluorescent display with bright, dim and off options. As a classic class A preamp with 30-watt power draw, you'd think that's pretty much all she had to say. Nearly. 89 on the display equals unity gain i.e. here the XP-12 adds zero gain over what the source delivers. Max voltage gain is 9.3dB to kick in at 90 on the dial. It thus—yes, we knew you could do the math—maxes out at 99. You won't ever hit triple digits. That's a very sane design decision given the excess of gain in modern hifi systems. That feeds public enemy number one aka noise. The less noise you have, the more of the signal you get to hear.

The XP-12 acknowledges this trite but true fact with residual noise over the full audible band of just 15µV. The -1dB upper bandwidth is 100kHz. THD falls below 0.001% and crosstalk is better than 100dB. Now think dimensions of 17 x 12.5 x 4" WxDxH, add 20lbs and it's case closed. Or rather, time to open it for an insider look. There we'll encounter a mains transformer that is electrostatically and Mu-metal shielded, then vacuum-impregnated with epoxy filler to keep its thing mechanically stumm. Even iron that hums just subliminally is bad for the SN/R. This one was designed to play dead. To learn more about the rest, we'll let Wayne fill in those bits he's comfortable to talk about. Having mastered his craft over decades, we wouldn't expect him to give away his tricks. The basics will do. 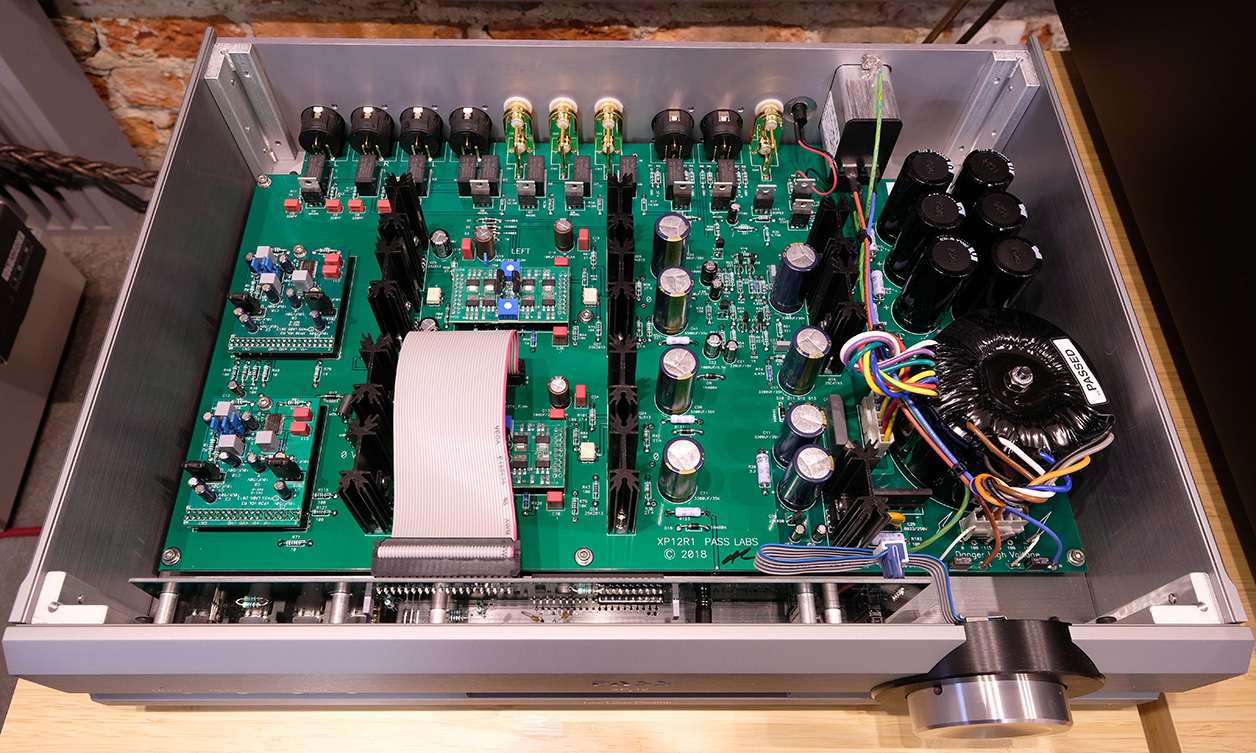 Which, under most all circumstances, is very à propos for a modern preamp which only ever attenuates plus routes the signal. Could it get more basic? Despite that minimalist job description, experienced audiophiles know just how vastly different sundry preamps can go about these basics. Of course if you think digital volume in a software player which runs your DAC amp-direct to be the perfect solution, you've already transcended this entire component category. And the promise of Leedh's new truly lossless attenuation logarithm is certainly around the corner. But today's review is for those of us who still think otherwise. If it's not already built into our DAC, for us a very good preamplifier remains a necessity.