♦ About a preamp's job. "You already covered the basics: low noise, great volume control, good drive capability, input switching and some gain. What can I add? These technical specs can be met pretty easy these days with modern measurement equipment and I suppose coupled with my past experience. Beyond this we must listen. A new power transformer may not show up as measuring lower in noise or maybe only by a micro volt at audio frequencies yet sound much better. Slight changes in output stage bias are audible but difficult to measure beyond a certain point. Circuit board layout and component selection come into play. These differences can be rather small and then become a matter of taste but that is part of audio – seeking nirvana outside of ourselves or at least in a system, seeking the sound we want." 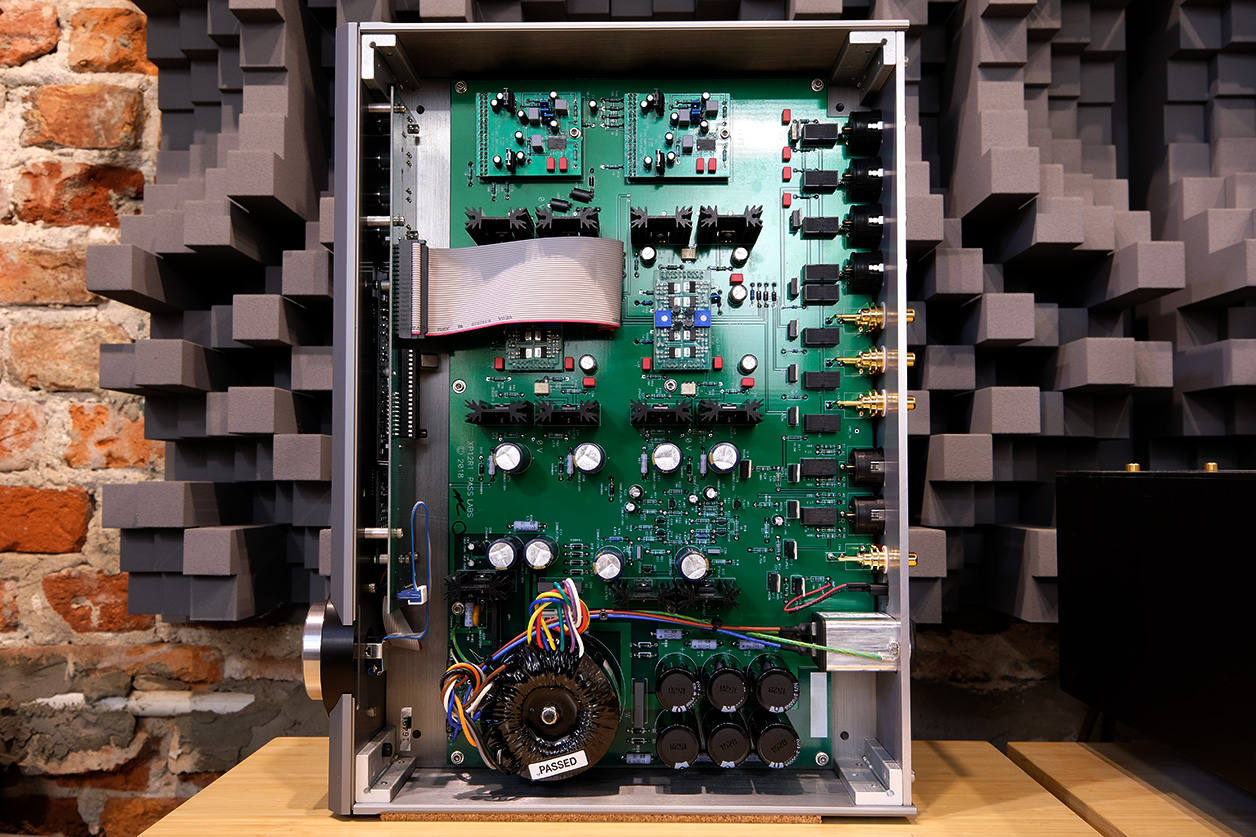 ♦ About particular lessons learnt. "Larger transformers make preamps sound better. That's not just because of lower impedance because I can insert resistance and it still is better. This was noticed on the XS pre and the Threshold T2."
♦ On the greatest parts advances relative to preamp design."I would say power supply capacitors. They last longer and work better due to material improvements, probably because of switching power supplies." 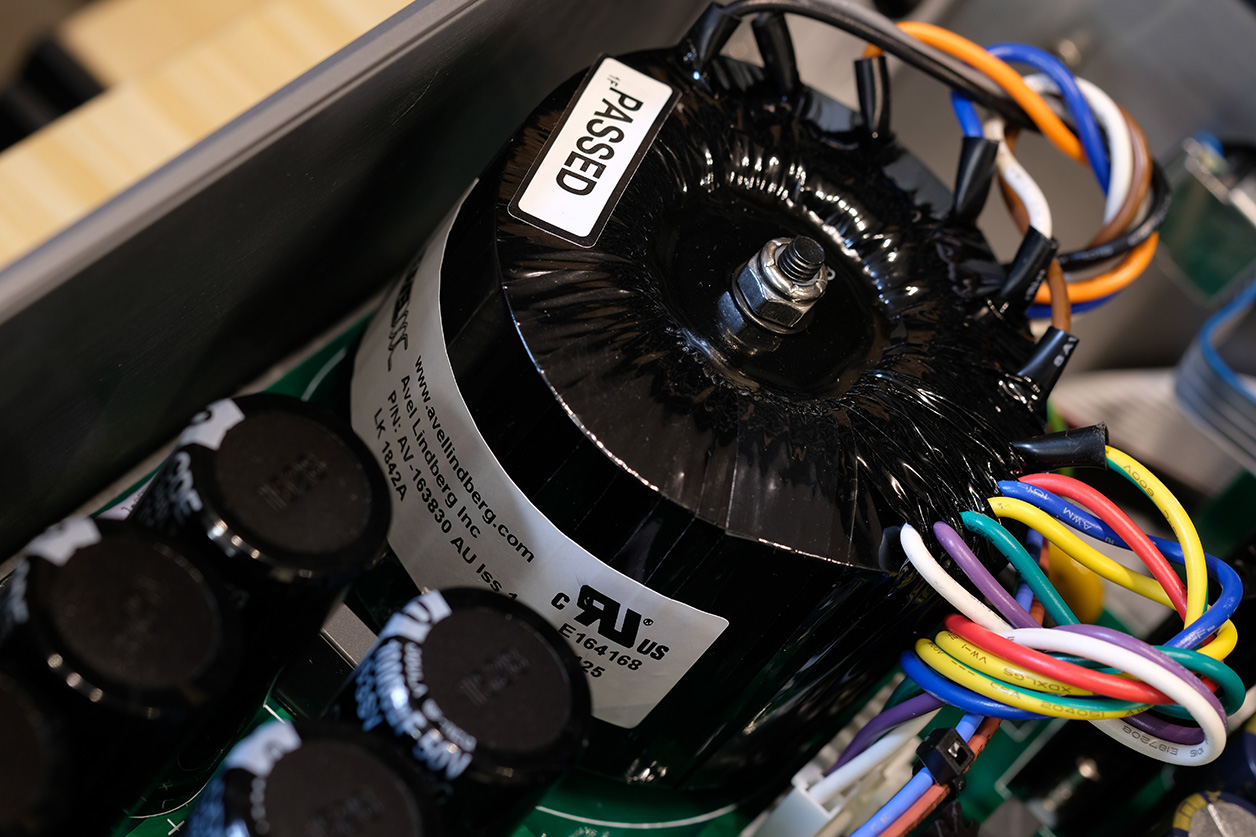 ♦ On what he listens for when parts measure the same to decide what to use. "Soundstage and space around the instruments. The other thing I would call spectral balance. This would be frequency response as heard because it should of course measure flat but that doesn't always equate to the actual sound."
♦ On balanced vs. single-ended. "One of the advantages of the X circuit is that it doesn't require twice the circuitry for balanced. It would have distortion cancellation as a good argument in its favour. Shorter cable runs and single-ended are just fine. A good preamp will drive long runs without issue with good cable. Balanced seems to be a marketing thing equated with 'professional'."

♦ On the best volume control. "I am still trying to discover this but from a purity standpoint, I like a single fixed resistor."
♦ On why bigger power supplies sound better. "The best I can think of is the bigger transformers as referenced above. But sometimes getting too complex can be detrimental to the sound."
♦ On why the recommended 1:10 ratio between output/input impedance. "I think this is something that comes from the test equipment industry. In general it is best for lower to drive higher."
♦ About whether 1MHz bandwidth is advantageous. "No, I think that can be problematic in some systems. You can pick up frequencies that will affect the audio band. I follow some suggestions Siegfried Linkwitz gave me about this. I like 1dB or 2dB down at 200kHz." 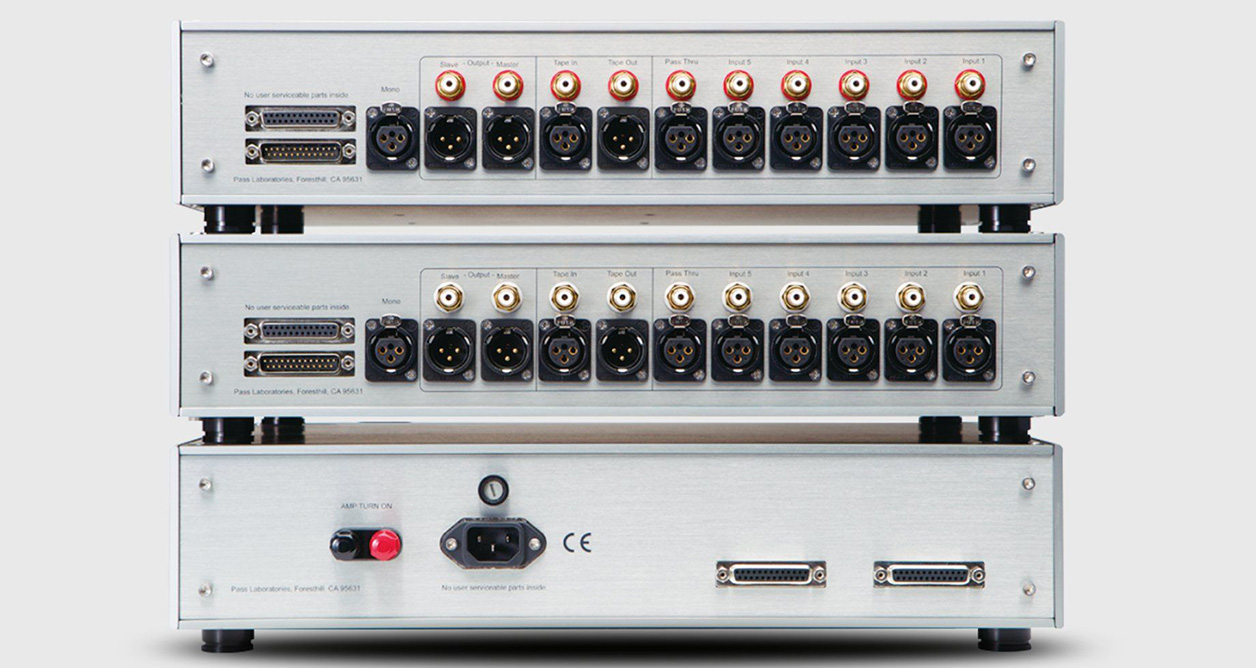 ♦ On whether digital volume controls might one day outperform analog. "I haven't really kept up with this enough to comment but in general they seem to be getting better."
♦ On whether raw preamp gain can be sonically advantageous even when it's not needed for loudness. "I think it can provide a good impedance buffer and add some character to the sound depending on the design. Some preamps are tone controls and that is fine if you are happy with it. We are careful with gain and open loop versus closed loop to get the sound we want. Since the X1, our preamps have used feedback. The XP12 was tried with and without and we all wanted some feedback with this circuit." 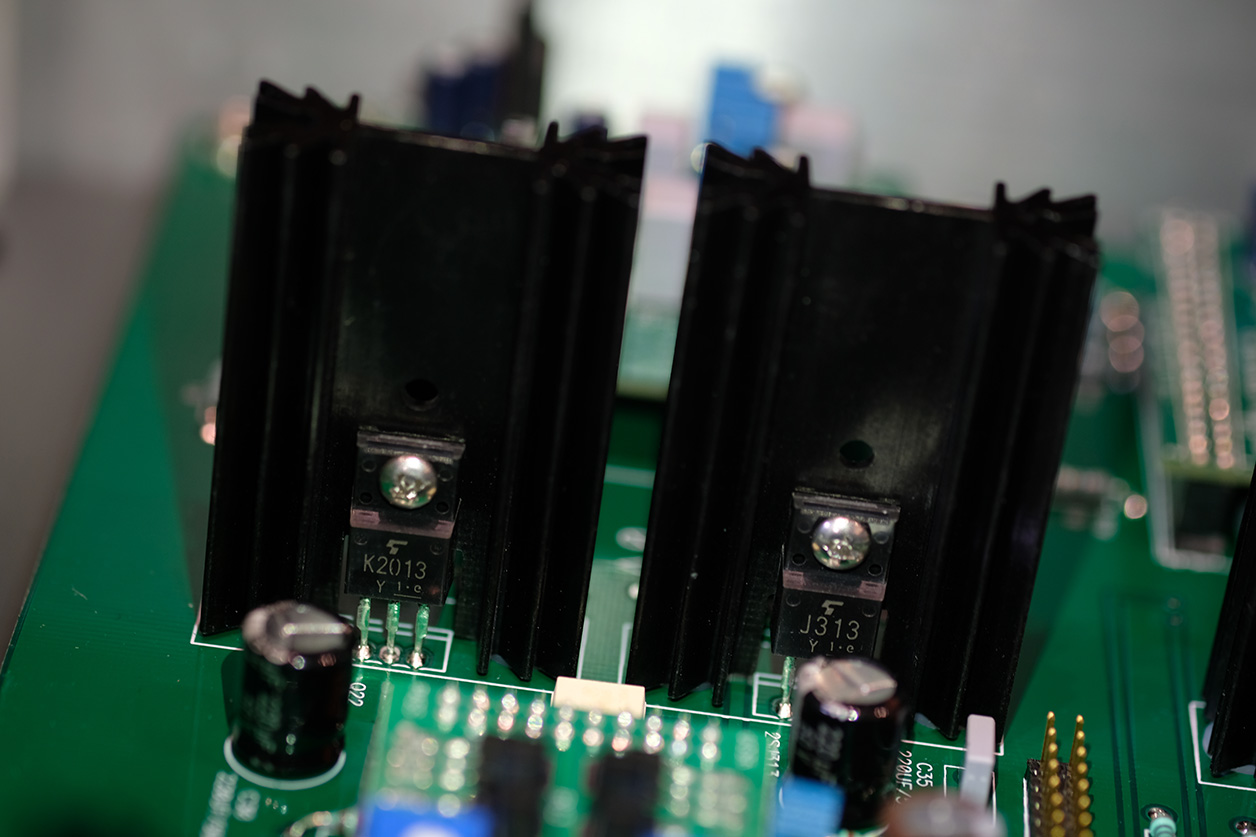 ♦ About whether gain devices made any progress in the last 20 years? "Not really in preamps."
♦ On Wayne's favourite voltage gain devices. "Toshiba Fets and Mosfets. They are very consistent, linear and reliable."
♦ On what he'd petition transistor makers about if he could. "Audio companies usually don't have the volume for this kind of thing. As you know, Nelson had his SITs custom made and that is pretty rare unless you are Sony. However, we have been working with a company that has offered to do this and we are looking into it for specific thermal and noise reasons." 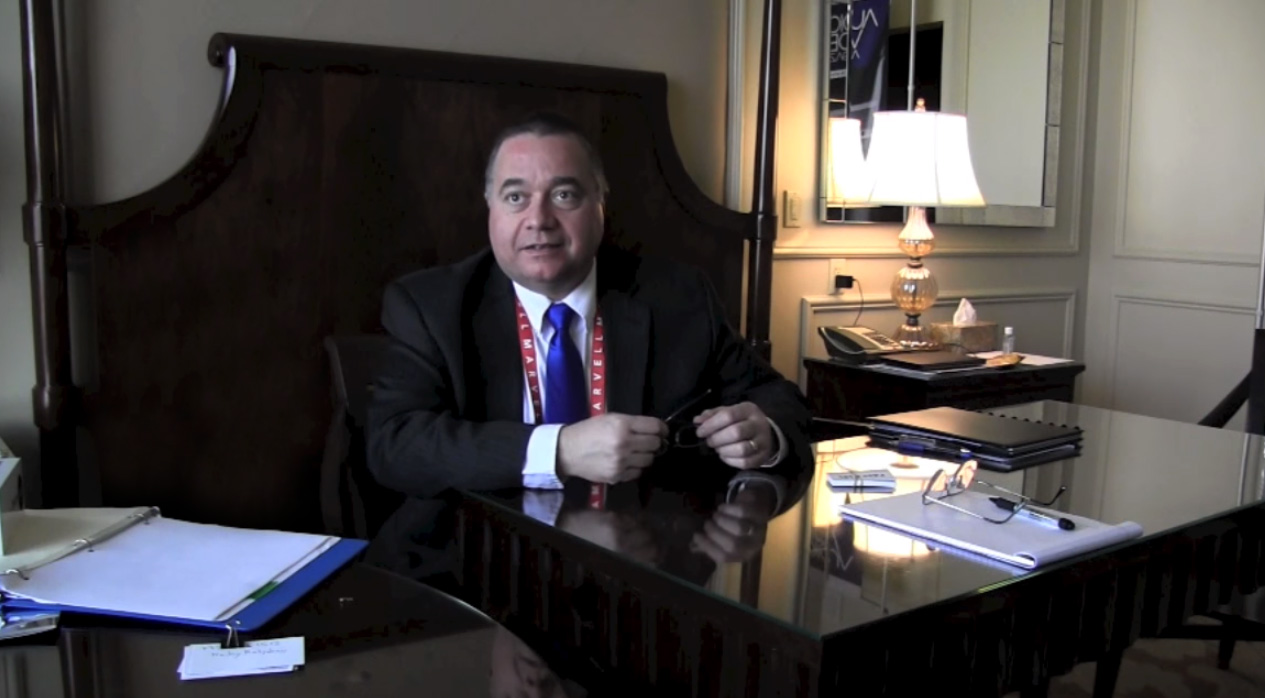 ♦ On what happens sonically beyond the XP-12. "As you move up the line, the noise gets lower and the frequency extremes improve. That means better spatial cues, channel separation and a bit more body."
♦ On whether the XP-12 is single-ended or balanced. "It is true balanced."
♦ On how the XP-12 improves over the XP-10. "The XP-12 has a bigger power supply, a newer quieter transformer and a bigger output stage." 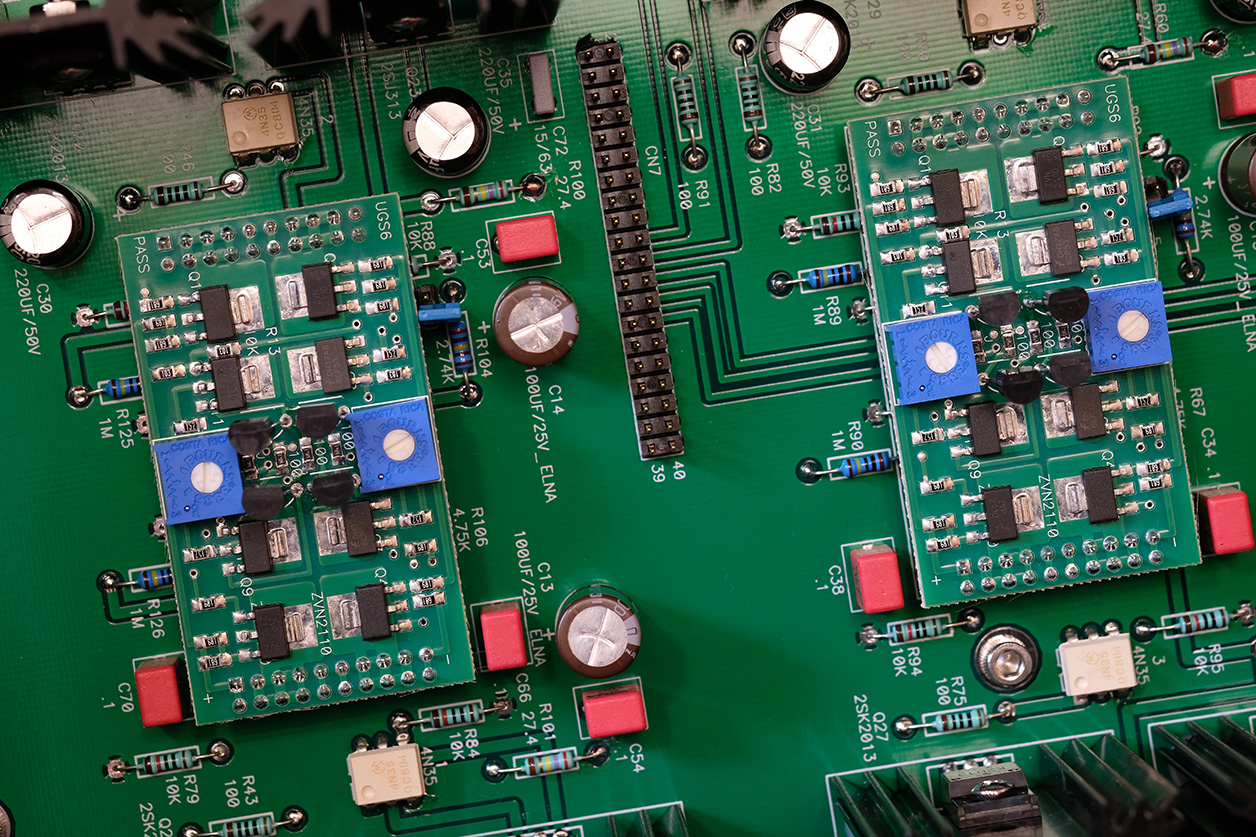 ♦ Relative to Nelson’s favoured 2nd/3rd-order THD behaviour, "our preamps have similar topology to our amps but the distortion is much lower."
♦ On the XP-12 volume control, "the JRC Muses part is a switched resistor network of which I only use the first stage because it already covers a 100dB range. It really is a very nice solution, very accurate and low in distortion and noise. It is compact and has very low capacitance and inductance. I think this really contributes to its transparency." 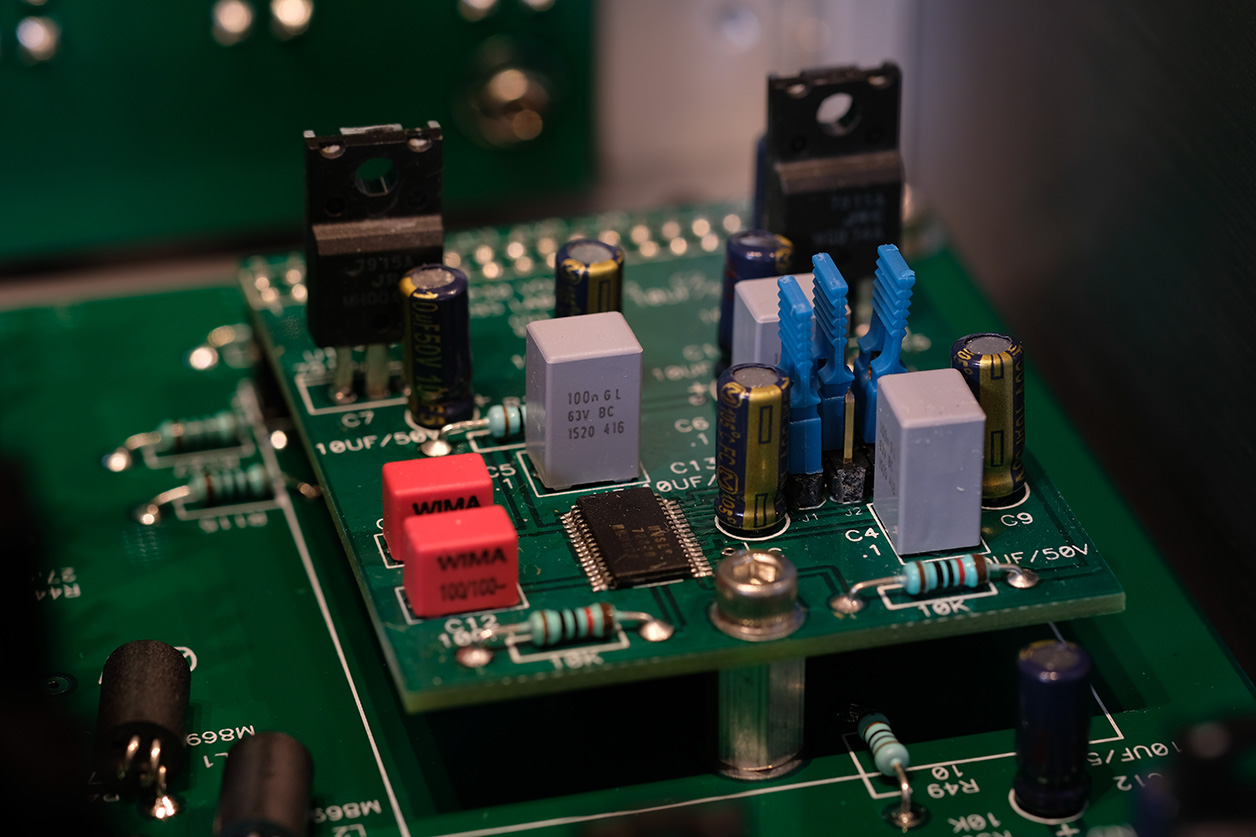 Between that last and this sentence, more than eight months passed. Pass Labs had been very busy but with the unpredictable global climate resisted scaling up their work force. To supply demand, review samples outside the US were simply scarce. But by March 11th, Desmond Harrington checked in to ask whether I'd terribly mind if my loaner first made a Warsaw pit stop with Dawid Grzyb.

With a Polish importer but none in Ireland, this would simplify EU importation. Also, Dawid could work up a quick separate review for HifiKnights.com before forwarding the deck to Desmond's old home country of Eire. As a result, I could work some 2nd-opinion comments from our regular Warsaw correspondent into my narrative to provide extra data points for would-be buyers. A win for everyone so that was a definite go. Once Dawid confirmed receipt in Warsaw, he offered to take extra inside shots for me to use—he's far better behind the lens—and that he would email his still unpublished review text so I could pick it over for quotes. That was true collaboration. Dziekuje Ci.