By November 5th, Matthieu Latour, Nagra's director of sales, had a spare. "We sold far more than expected so had a very serious shortage on this item." The Classic PSU enjoyed far-flung appreciation and acknowledgement. At best my review would confirm what owners—many of whom might well power multiple components whilst I'd have just the one—already knew. As for those owners, Matthieu confided that most Classic PSU sales have been for the Classic Line's newer Tube DAC. That's "basically an upgraded HD DAC with the same digital core as DAC X" whose digital and analog circuits are powered separately by two 12V feeds. On otherwise maximizing the Classic PSU by having it power just one component, "all of its outputs are fully independent and isolated. There's no advantage. This PSU also has 50% more power than the MPS so it remains at ease whilst powering three components simultaneously." Dedicating one PSU per component is thus pure meaningless excess. 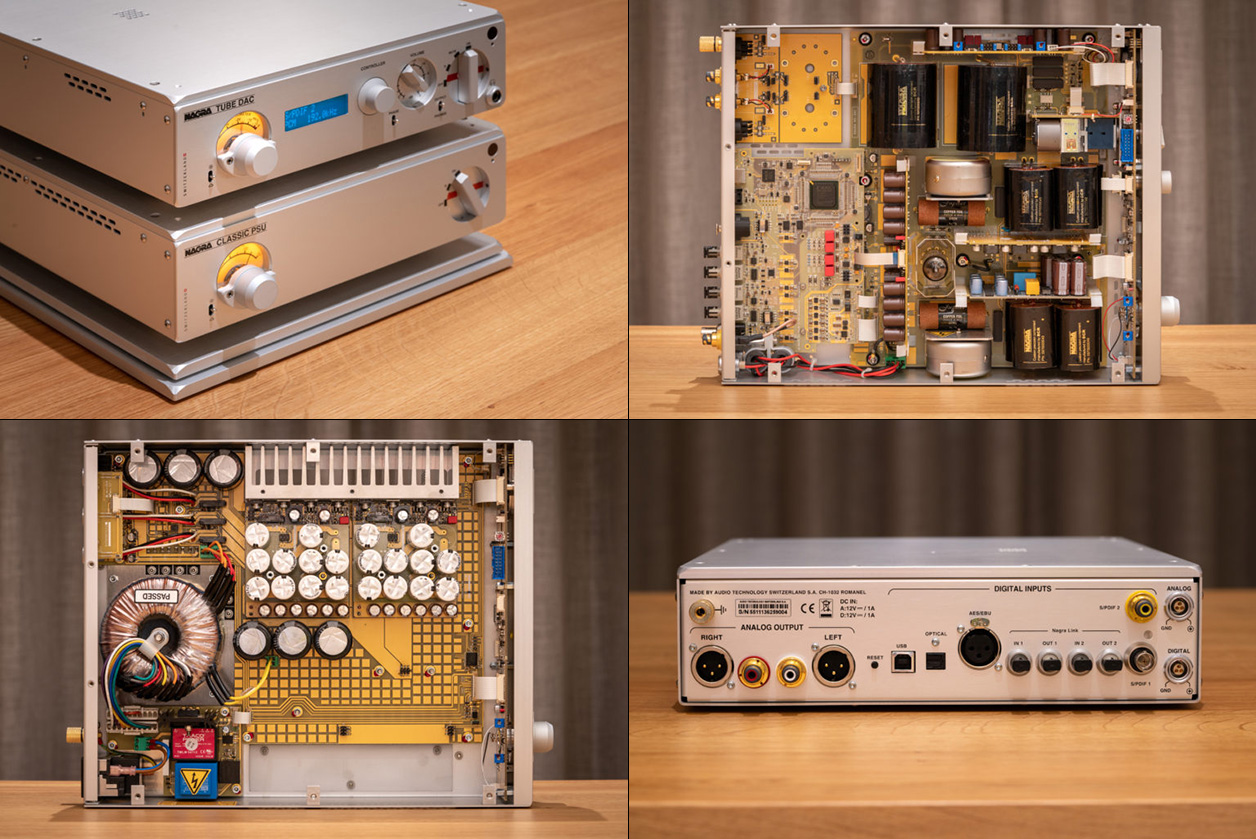 How quiet then is a super-quiet power supply? A max 20μV from 10Hz-500kHz under full load. That this PSU doesn't loaf is suggested by its maximum 100-watt power draw. Standard DC umbilicals with 1.5A Lemo 3-pin plugs are 0.75m or 1.25m in length. Other lengths by request. The Classic PSU measures 28 x 35 x7.6cm and weighs 7.5kg fully loaded, i.e. with the €2'000 third output option installed. Standard it powers two components unless it's the Tube DAC which needs two power lines.

With the travelling loaner fully optioned out, it contained a third board of 10 x 2.7V/50F super caps, albeit blue Maxwell units not the white Nesscap of identical rating on the other two boards. 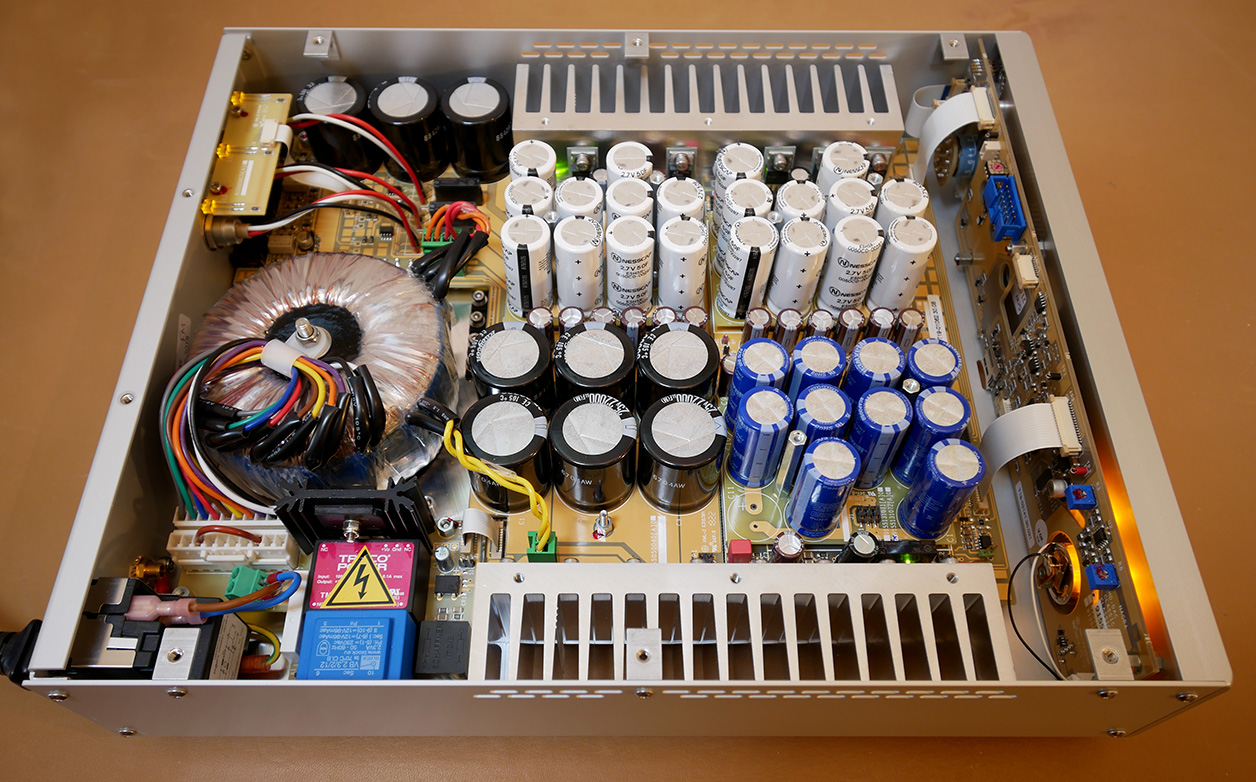 The adjacent three black 25V/22'000μF standard caps had grown to six and a second heat sink materialized. That adds four more linear voltage regulators to the eight on the other radiator plus four Rohm SiC Schottky barrier diodes. In short, the third output option installs three more sub assemblies over the standard unit. 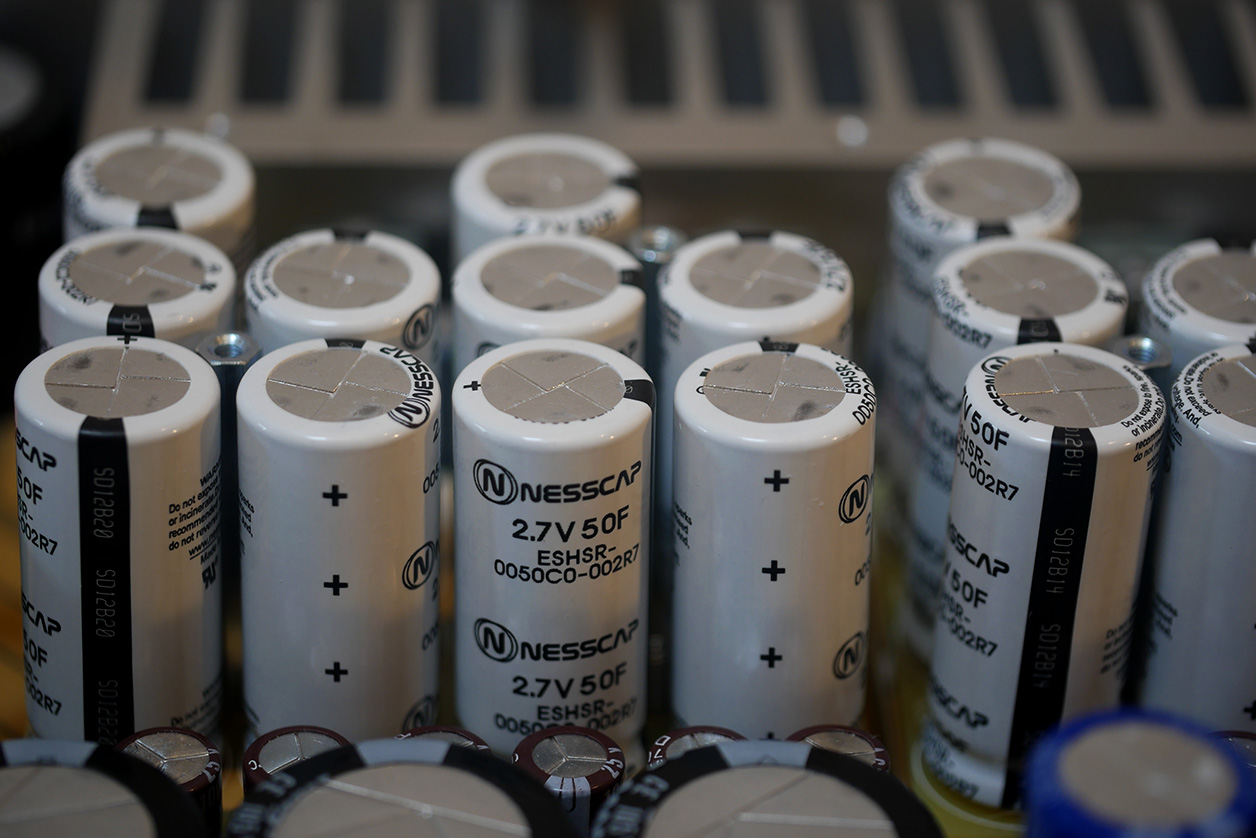 With remote trigger lines plugged in and the Classic PSU's rotary knob set to 'R', connected gear will power up in one go. 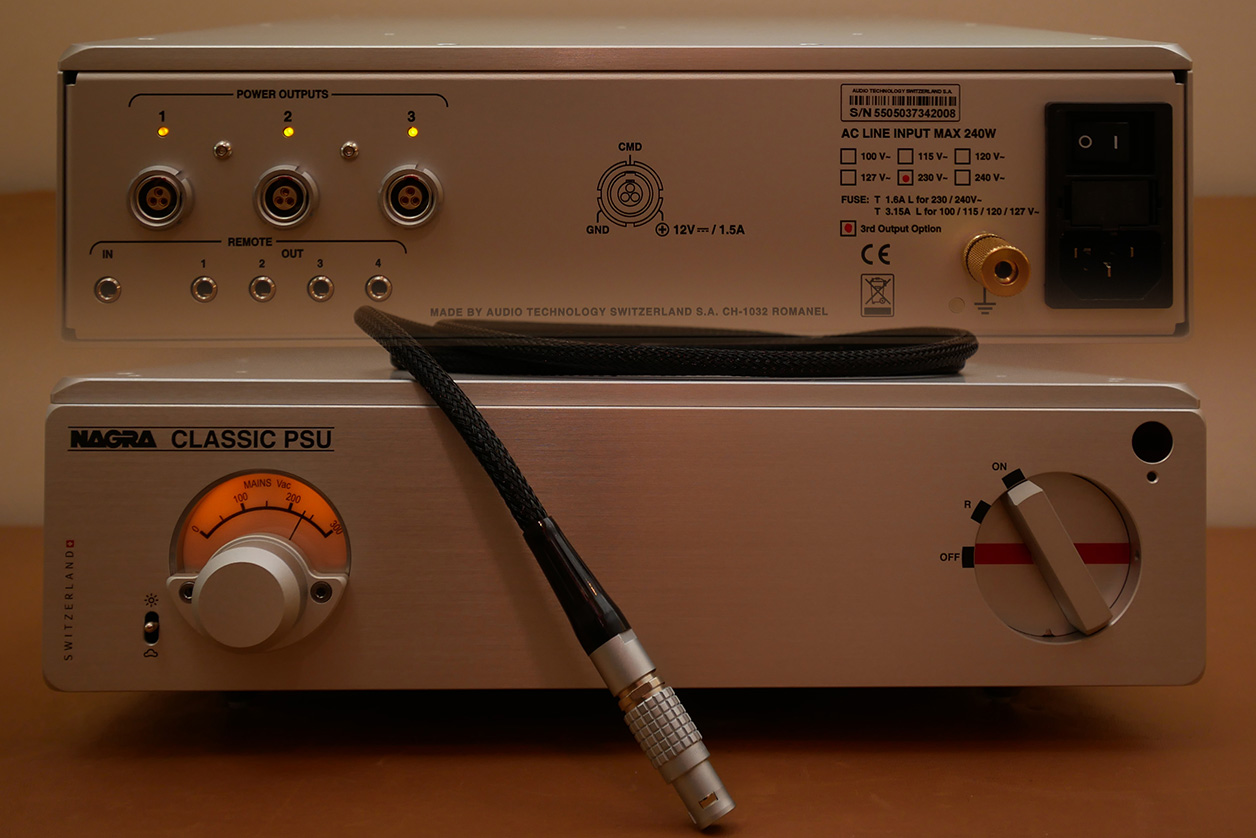