With class D, run-in can exercise one's patience. Its efficiency hence low operating temperatures undoubtedly haves a say here. Fortunately there are books to pass time with. We can recommended some for those interested in sound and music. Sonic Wonderland – A scientific odyssey of sound by Trevor Cox, The Universal Sense – How hearing shapes the mind by Seth S. Horowitz or The soundscape – Our sonic environment and the tuning of the world by Murray Schafer. We did not finish those books in the time it took the amp to settle in. That would have taken rather more time. 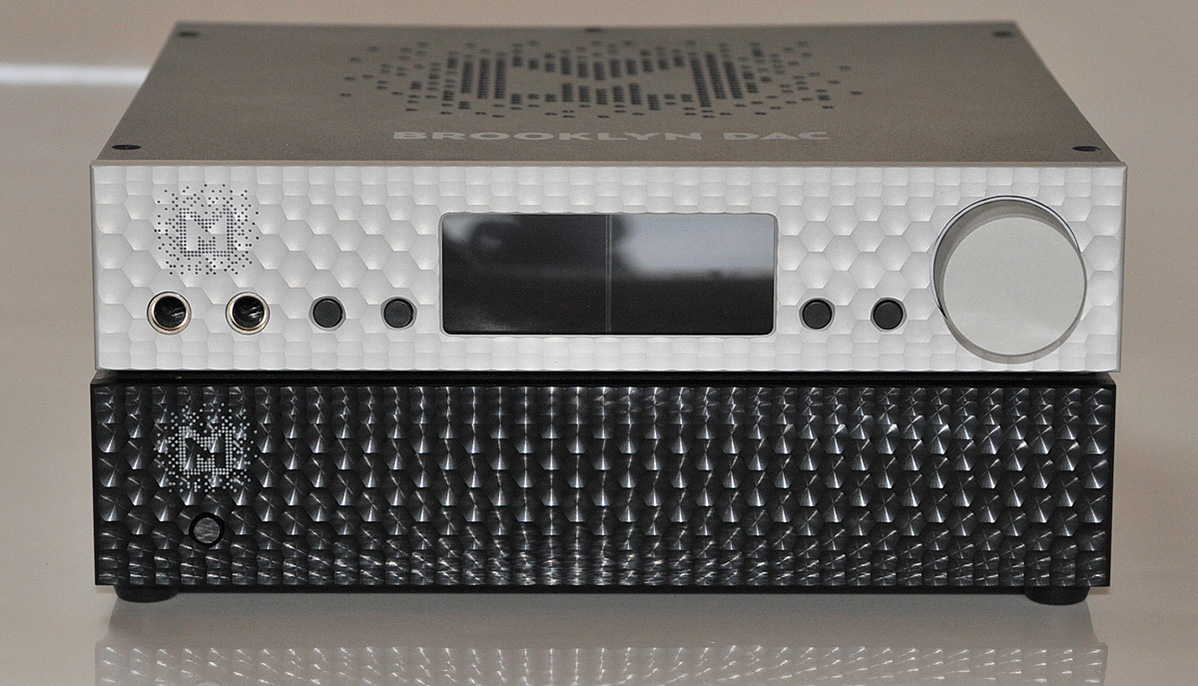 Nevertheless, 100 hours of cogitation changed the Brooklyn Amp into a very different little powerhouse. Javier Limón's latest OQ album with its songs and poems from Iraq, Sephardi roots and Indian traditionals all mixed in a delightful Andalusian brew sounded as we know it: detailed, well balanced and full of emotion. A solo piano is neither an easy instrument to record nor reproduce. We played Brad Mehldau After Bach where the pianist is in a sort of musical conversation with the late great. He first plays a Bach composition, then answers to it in his own modern voice. With the Broklyn Amp in command and plenty of power on tap, we could drag the "Concert D" into our listening room. With a little volume adjustment, the width and depth of the pianoforte was realistic and the tonal balance and dynamics topped off the rendition beautifully.

From Bach to the Tarantella of Italy's Salento region nowadays is one small step on the tablet remote. Antonio Castrignanò's Fomenta transports to modern music the traditional pizzica, an exhaustive dance in 6/8th time believed to expel the poison of a wolf-spider bite or at least rejuvenate the dancer after collapse of fatigue. On this album, Turkey's Mercan Dede collaborates as he arranges traditional plucked, string, wind and percussion instruments on an electronic foundation that transport the music to faraway worlds. Dede is synonymous with electro beats and those are plentiful here.

In conclusion, we spent some great time with this little amplifier which is really two amplifiers in one box. We loved the low noise which was only noticeable as a slight hiss on our 109dB sensitive horns with our ear right up at the tweeter. Let's be fair, only very few amplifiers are dead quiet in this scenario. As intended, for the Brooklyn DAC+ the Brooklyn Amp is indeed a perfect match though it can be paired easily with any other quality source. With plenty of power under the hood, most loudspeakers will be sorted and even difficult examples like ESL shouldn't complain. Just for the sake of it and because the amp was so easy to move around, we hitched it to our Soltanus Virtuoso ESL downstairs, now tapping the pre-out from a Devialet D-Premier as source. Now it was party time in our downstairs area. If you want a small footprint, versatility, plenty of power and stamina, broad bandwidth and true dual mono operation, for its €2'000 asking price the Mytek Brooklyn Amp is one to check out.