Here's the remote control and back of Le DAC…

… followed by a sideways glance at what's beneath the transport hoods. The 2mm bent steel sheets of these chassis are rather thicker than standard. That adds weight and rigidity to each machine. A bit peculiar? The cerulean display of Le Player 3 far from matched the azure tint of its DAC mate. Likewise for the latter's lack of matching I²S-over-HDMI input. Why block the transport's PCM⇒DSD feature in the DAC? Not that the included remote had a key to enable this function. Odd too that Le Dac's display showed 48kHz PCM for an incoming CD signal as though an upsampler was engaged. There were more oddities. The two transports mixed their capital/minor letters as in 'no dISC' or 'OPEn' or inserted a gap for ' PA USE'. Meanwhile Le DAC had a capital 'N' to spell out 'No Signal'. Gallic laissez faire over two different displays? In this portfolio these are clearly companion decks. Won't their shoppers expect them to match both cosmetically and functionally? 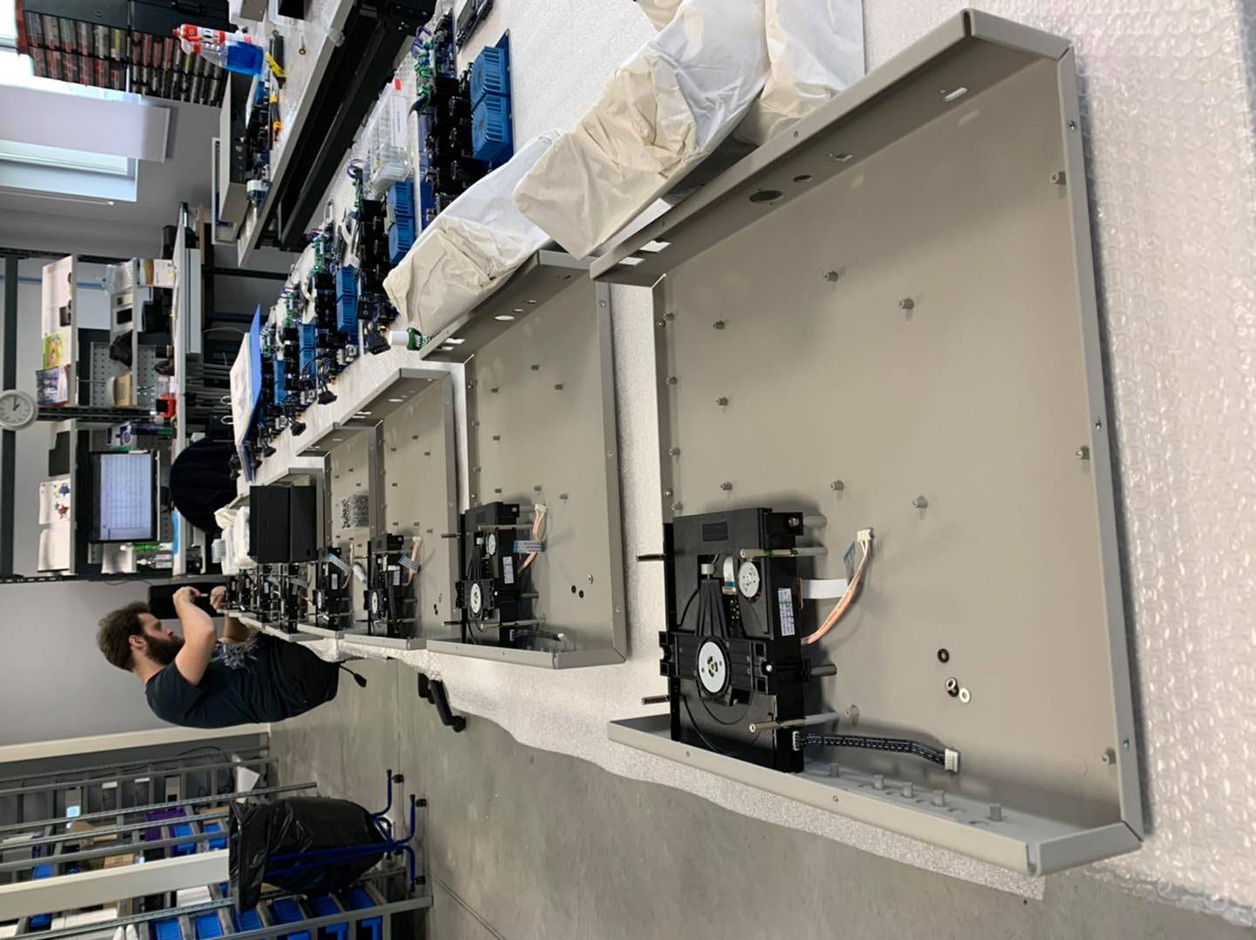 "For Le DAC's 48kHz frequency, Le Player 3's upsampler must be set to 48kHz. Click on its lower right button to return to 44.1kHz. About Le DAC, I agree with your comments. It launched almost two years ago to explain its lack of HDMI and the use of an older display. The next generation will of course correct this." Better informed, I now pressed the transport's ⇓ button. Voilà, I could toggle through its internal up/resampler including DSD64/128. Without I²S on the converter to instead use its AES/EBU input, 352.8/384kHz and DSD conversion were off the table. I set Le Player 3 to 176.4kHz.

Time to slip this trio into a system for a few turns around the listening track.

These machines tapped either USB from our iMac's hybrid drive via PureMusic—below we see Le DAC receive such 352.8kHz upsampled signal—or silver discs commercially pressed or burnt to CDR on Apple's SuperDrive. My first impressions of Le DAC in either mode were most reminiscent of our original Denafrips Terminator prior to the later processor board upgrade. As such it differed from the Terminator Plus' most current resolution enhancements particularly when clock-sync'd to our Soundaware D300Ref USB bridge. 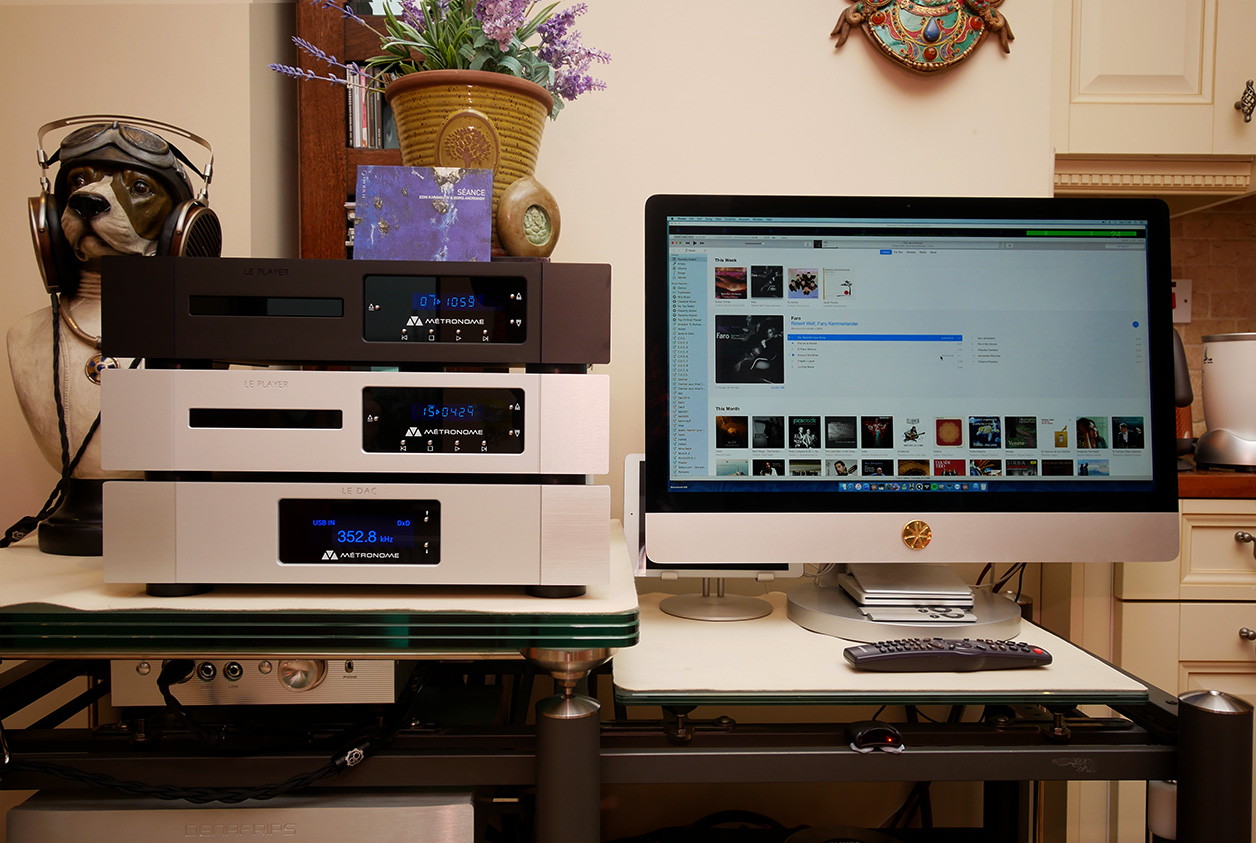 Key attributes were chunky, organic, dense and relaxed. This wasn't a forward adrenaline show with aerial acrobatics across exploded treble. Instead it promoted minor darkness and languor, then built around that with tonal weight and a rounder softer fuller personality. As the days passed by, this characterization stayed put. We might call it deeply informed by DSD conversion and the tube buffers which factor in the company's dearer models. Here the enablers were simply PCM and transistors pure. 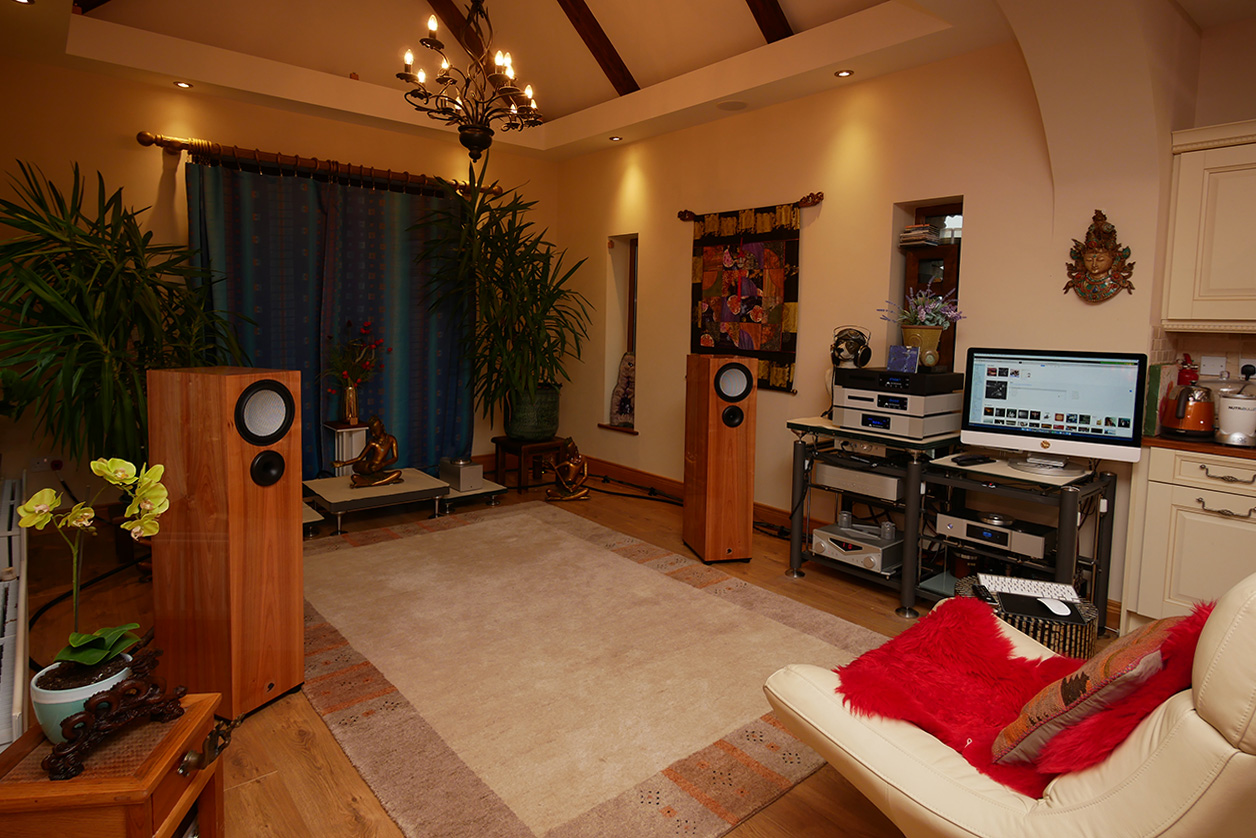 It's a welcome reminder. A clearly defined aural aesthetic is the required foundation upon which engineering knowledge pursues its manifestation. Chosen tech and building blocks are secondary. Primary is the possession of a detailed sonic blueprint to manipulate parts and circuit layout until they overlap. Measurements won't recognize when that occurs. My deliberate exposure setting and color saturation of the system photos attempt to suggest exactly this aural milieu with its darker backdrop, yellow not bluish lighting, softer contrast and receding detail over distance like in the curtain print, floral arrangement and palm leafs.