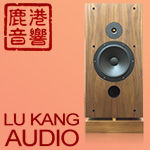 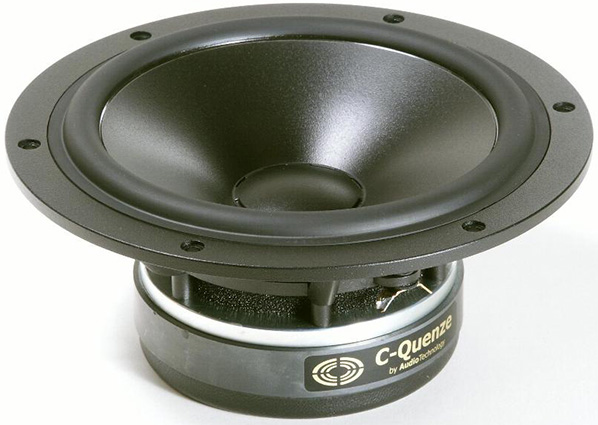 The place was Munich's M.O.C. convention center, 2018. More specifically given its vastness, it was Stephen Gong's B03 COS Engineering booth in Halle 1. Sharing it was one Cheng-Chien Shih aka Rox of Lu Kang Audio.

"For already 30 years, ours has been a family business in Taiwan which I later took over from my father. We've been into speaker manufacture for two decades but this was the first time we actually went outside Taiwan. We are fans of your website where we learn about new things almost every day.

"We are now ready to ask for a review and present ourselves to your global readership. We currently make two models. You saw the smaller one in Munich. That's sized like a Harbeth M30 where the bigger one is more like a Harbeth HL5 (I'm only mentioning those for size reference). I would like to promote the smaller Spoey200 for the EU because it's more like a standard bookshelf speaker where some people could find the bigger one too large. In Taiwan however and for the last three years, we've actually sold more of the Spoey230, our current flagship. Which one should I send you?"

Given our current room's good size, I asked for the bigger one whose drivers looked like the same ¾" Hiquphon tweeter also championed by Kroma's Mimí from Spain but here married to—nomen est omen—a 230mm Audio Technology mid/woofer. Those were mounted to a decidedly British-looking box with a 32.2 x 30.5cm foot print, 63.5cm height, 23kg weight and front-firing port.

Looking at the specs, one adds 8Ω nominal impedance and 86.5dB sensitivity. The smaller model scales back the Audio Technology driver to a 200mm unit, reduces weight by 7kg and dimensions to 26.2 x 30.8cm WxD with 47.5cm height. For all that shrinkage, sensitivity only takes a ½dB hit.

Visiting the Lu Kang Audio website, one spots the names of brands which they import like Black Pearls Audio from Greece, Dayens from Serbia, Lector from Italy and LinnenberG from Germany. Rox's little show system had reached into that same assortment of ancillaries with its compact Lector gear. Back to Spoey, one notes how deceivingly archetypal box construction coexists with premium drivers. 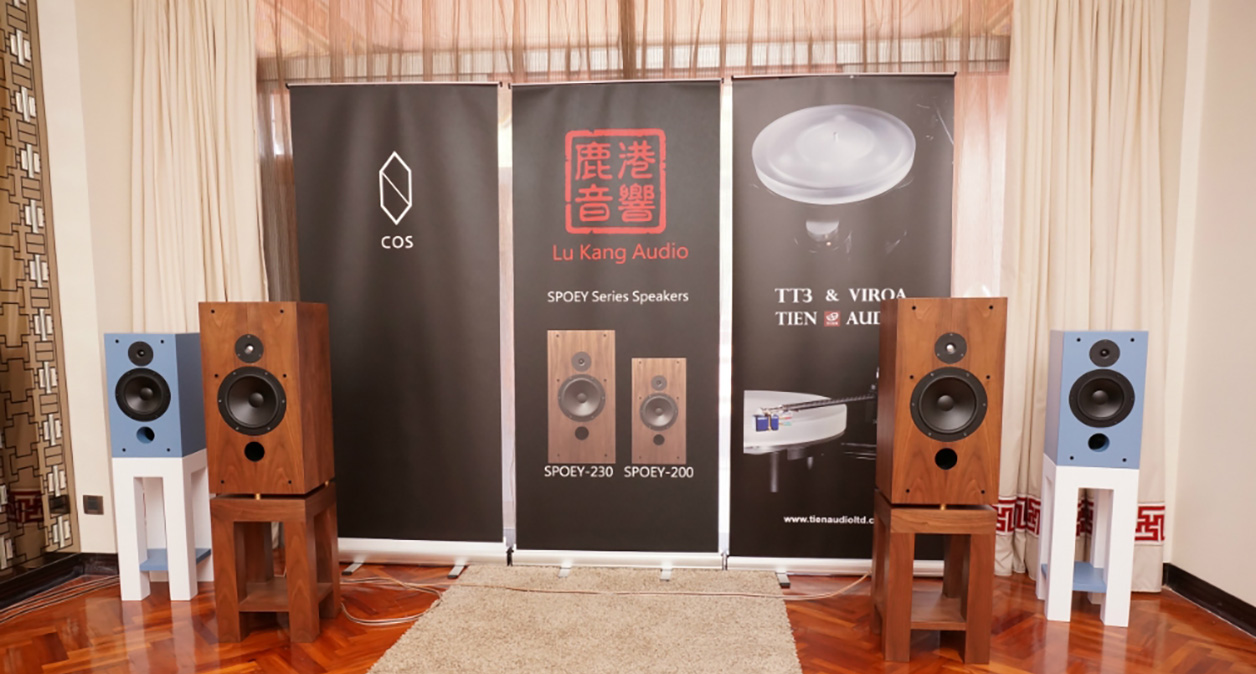 Spoey200 and Spoey230 for size reference. Another photo from Taiwan's AudioNet, here from the 28th international hi-end audio exhibition 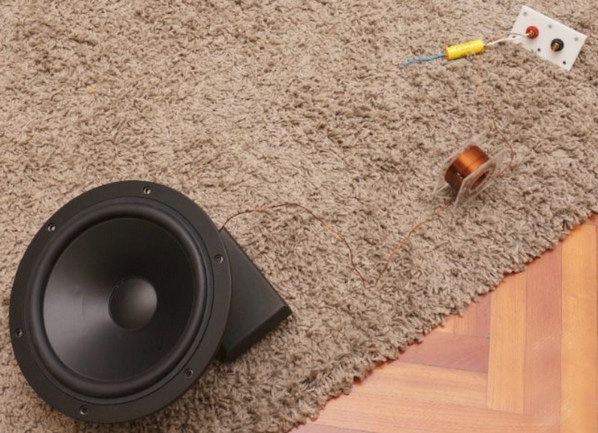 Those transducers walk a very different talk than does the standard box appearance which makes zero concessions to popular boat-hull curvatures. Then add how Lu Kang partner with Graditech wiring from Finland, Odiosis wiring from France, ETI Research from Australia for premium connectors (previously Eichmann) and Transducer Lab for exotic tweeter domes including Beryllium, carbon-fiber composites and ceramic.

Against such a backdrop, the Spoey boxes promised high maturity from considerable experience and undeniably top parts.

Reading up on the C-Quenze 23 driver from Denmark, we get a low resonant frequency of 33Hz with a full 32mm of max excursion peak to peak plus 180-watt nominal power handling for a most capable modern drive unit.

Co-exhibiting with COS Engineering whose D1 DAC/preamplifier and H1 DAC/headfi amp have graced our systems since their reviews was another plus in Lu Kang's let's-do-it column. This looked like product people might like to know about well beyond Taiwan's borders, especially because another photo from the same exhibit shows a single high-pass cap and low-pass coil for a minimalist 1st-order filter for better amplifier control and less time smear.

I told Rox Shih to make it so. This marked early February on both of our schedules. About "too big", the earlier photo clearly pegged Spoey230 an oversized 'monitor' of vintage sensibilities. Most of today's makers would reduce depth, then retrieve air volume by going to ground in a floorstander and eliminate the stand. 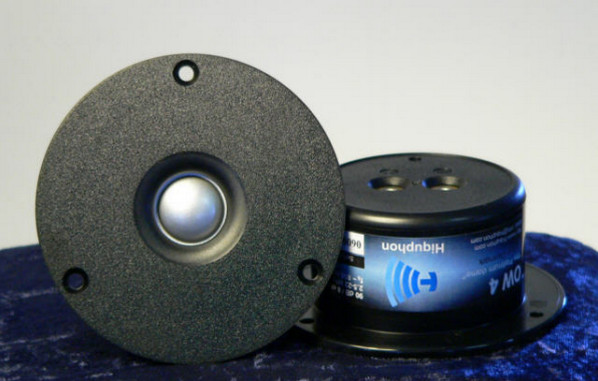 But being from Taiwan where most people live in smaller apartments, the ability to double-task an existing piece of lower furniture as speaker support—the frontal ports are a clear concession—should be most attractive. Even for bigger apartments, a Spoey230 would be all you'd want to not overload in the bass.

Wrapping up our intro with Rox's chosen Danish tweeter, it sports six layers of special coating to damp the fast-moving diaphragm. After 25 years of working in this field, designer Oskar Wroending points at optimized low moving mass for a top quality transducer which settles down quickly to make for a clean impulse response and low transient intermodulation.

The unusually small dome—the standard for this type driver is a 1" diameter—counteracts beaming to offer a superior off-axis response. This driver is hermetically sealed into a multi-damped multi-chamber system.

Whilst the coating's color goes for a deliberate Platinum look, this Hiquphon tweeter is actually a soft dome like its black and gold variants. Claimed response is up to 22kHz. Despite small size and moving mass of 175mg, its voice coil Ø is 20mm, its power rating a stout 100 watts. By offering nothing but 0.75-inch tweeters, Hiquphone from Denmark's Pandrup are a unique specialist firm in this sector. The only other speakers I'd reviewed which used their tweeters were Kroma's €30'000/pr Julieta from Spain; and their entry-level Mimí which had become a permanent member of our collection past its review. This made it Spoey230's most natural in-house competitor.