Separation. To tease out how much of this benediction was due to the DAC vs. linestage section—I preferred hybrid filter 6 which I felt was the most balanced—I leashed up my Norma SC-2's fixed DAC output to the RCA input of Georg Philipp Telemann. I immediately noticed how microdynamics grew coarser, how the floating shimmer of "Take Five" from the Jazz at the Pawnshop cymbals was more earthy and matte and the bass of Pat Metheney's "Sign of the Season" gave up definition and conviction, exhibited less pressure at the very bottom and fattened up a bit too much on top. With none of these alterations in evidence on the Bach phono, I concluded that the LinnenberG DAC topped the excellent converter module of the Norma preamp and played with airier resolution and more neutral better controlled bass. Versus the previous Telemann and Norma, I had still invoked matter of taste. The DAC of the bigger Telemann now played in a different league. 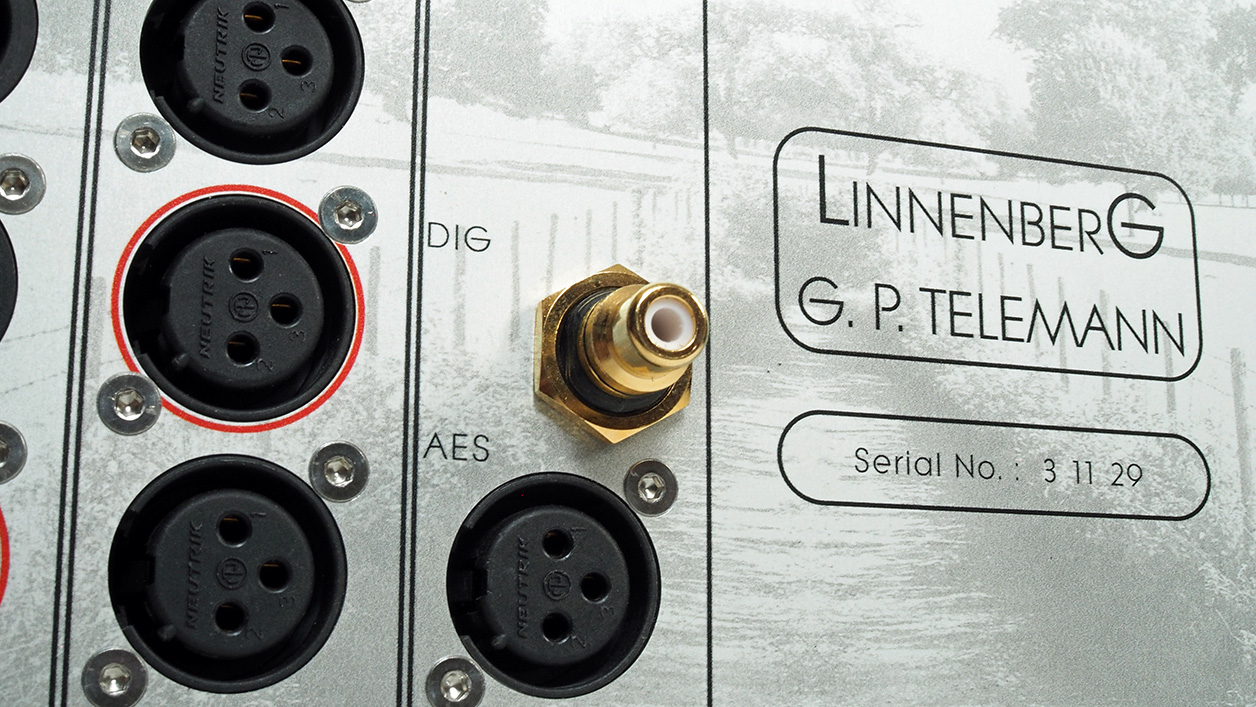 Its preamp stage too had moved upward to play on the same level as a €15'200 BAT VK-53SE – perhaps not quite as extrovert and quicksilvery but a bit more sober, clean and with blacker backgrounds. I also hadn't heard another preamp which remained this consistent across all parameters regardless of volume. Independent of room (very big and with various placements), neither image focus and size (realistic, not too large or small) nor tonality and dynamics shifted with SPL that canvassed the range. I also noticed that prior to the Telemann preamp, I had related to music over my system as more homogenous sound bodies or a holistic abstraction. With the Telemann, I discovered the individualities of discrete musicians, be it Nine Horses' "The Banality of Evil" or the chorus of Cantate Domino, even the subtly changing synth signatures of "Black Shoes" from Felix Labande's Dark Days Exit album.

In short, these LinnenberGs struck me as a duo wherein each partner operated decidedly high end already on its own but which together really opened new frontiers. I've not heard better pre or phono amps, just different. In my experience, the Telemann's DAC section has no equal, full stop. It's no surprise that both decks expressed a sonic balance that was informed by Ivo's philosophy and favoured solutions. Tonal neutrality is their foundation upon which builds a maximally resolved, airily relaxed sound whose un-compromised freedom from noise or edginess suggests mild warmth without any tube-typical side effects. But that doesn't make these softies. They can lean in and bite where necessary but generally prioritize microdynamic gradation over exaggerated impulsiveness.

Listeners who fancy extreme cleanness and natural realism and who prefer the unpretentious direct honesty of a good stage actor to the superficial glamour of a Las Vegas magician probably can't do better in this price range. As such Georg Philipp Telemann and Johann Sebastian Bach serve all types of music except are perhaps ideal for brutal techno or Hip Hop where more specialized gear could prompt spikier adrenaline reactions.