As bare-boned preamp. For the occasion and under much protest, I misappropriated Ivette's Boenicke W5. The Amphions had already flown back to Finland. From our 2.0 video system, I stole the two Stello 100MkII separates. To keep things simple, a Soundaware A280 media transport/DAC became source via .flac-loaded SD card outputting RCA analog. Comparisons against the once $1'200 Stello with basic USB, RCA/XLR outputs + 6.3mm headfi + remote control + numerical display + selectable headfi analog bass boost just meant reseating one Zu Event interconnect. The setup envisioned the type low-boy layout which I imagine actual Limetree owners might use with a set of compact monitors placed quite close to a wall. 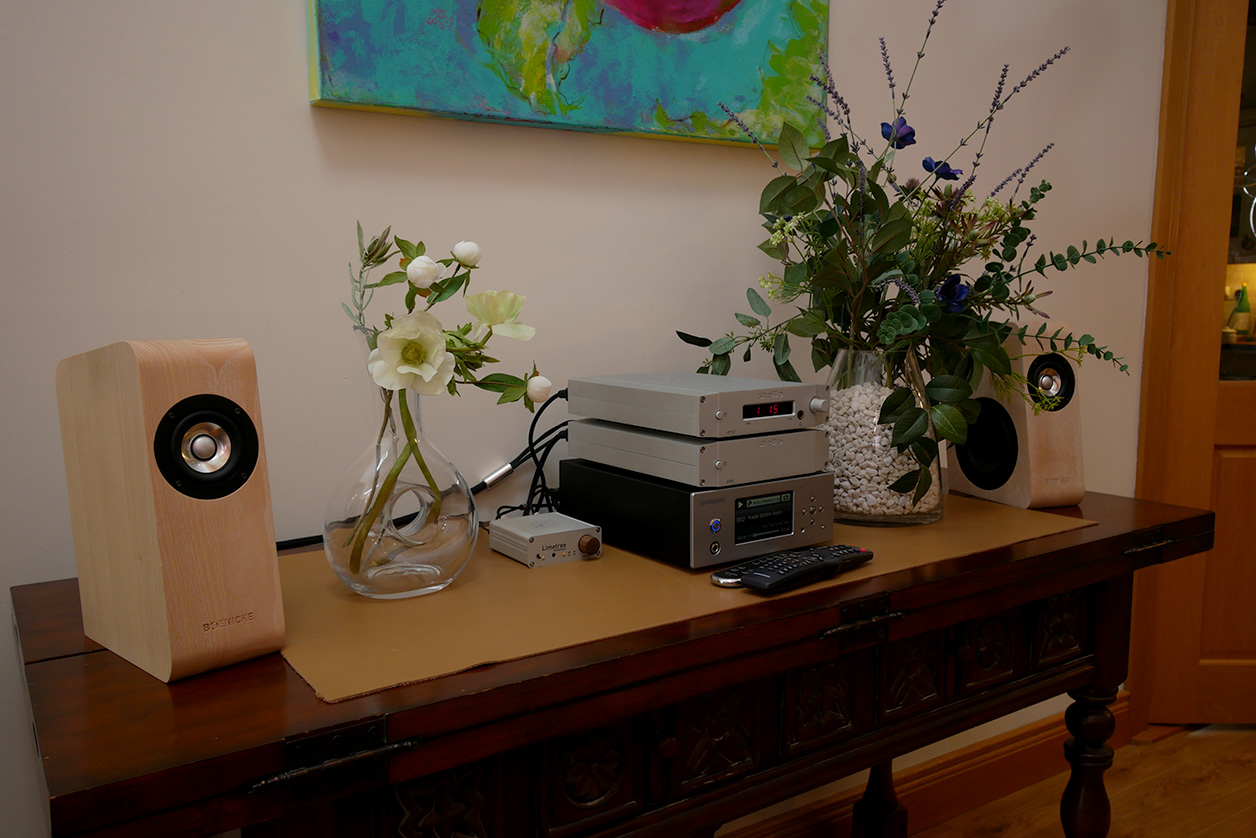 Using "From green to green", a well-recorded Dead Can Dance-type number on Mamak Khadem's A Window to Color, the Stello amp's natural mate caused it to stage clearly higher/taller and deeper. Then it built in what seemed like a slight response incline for a gently elevated lower midrange which continued on into the bass. This strategic contour enriched the performance with somewhat darker more saturated colours and a more potent sense of physical presences. By contrast, the Limetree sounded flatter, cooler and decidedly more compact quite as though it didn't provide the amp with equal drive. That suspicion felt reasonable also on the weaker power of the low drum hits. At exactly 50% the cost, it of course seemed fair that the sound would occupy a different class.

One further suspects a built-in synergy advantage between the two Simon Lee pieces. A thing I functionally didn't like with the German was that during volume changed, the speakers often betrayed slight sputtering noises. The Stello alternate behaved noise-free as it should have.

For a very lovely mostly dreamy piano number with upright, drums, late-entering cello and a surprisingly dynamic descent in the middle, I spun up "Etek Sari" from Çag Erçag's Aydinlik Evler. This became a clear tell on how the wide-bandwidth Limetree was the rather more explicit in the upper registers and also sharper/crisper on its attacks. Those harder more incisive transients were particularly noticeable on the high piano trills. Despite the mostly legato nature of this composition, the tiny German box thus emphasized more of the piano's percussive metallic aspects. In terms of subjective lighting, its hue was bluish-white whilst the Stello used a yellow/amber filter.

Again the Limetree played it spatially more compact. It had very sharp focus and lovely tracked dying decays but its cooler overall tonality made me feel more aloof. Canvassing an assortment of favourite tunes on a 140-track play list, these observations stayed put. As a basic line stage set up against a twice-priced competitor with nothing to match on hand, I couldn't fully warm up to it. It reminded me a bit of a sonically superb-measuring earlier class D amp – somewhat stark and bland. 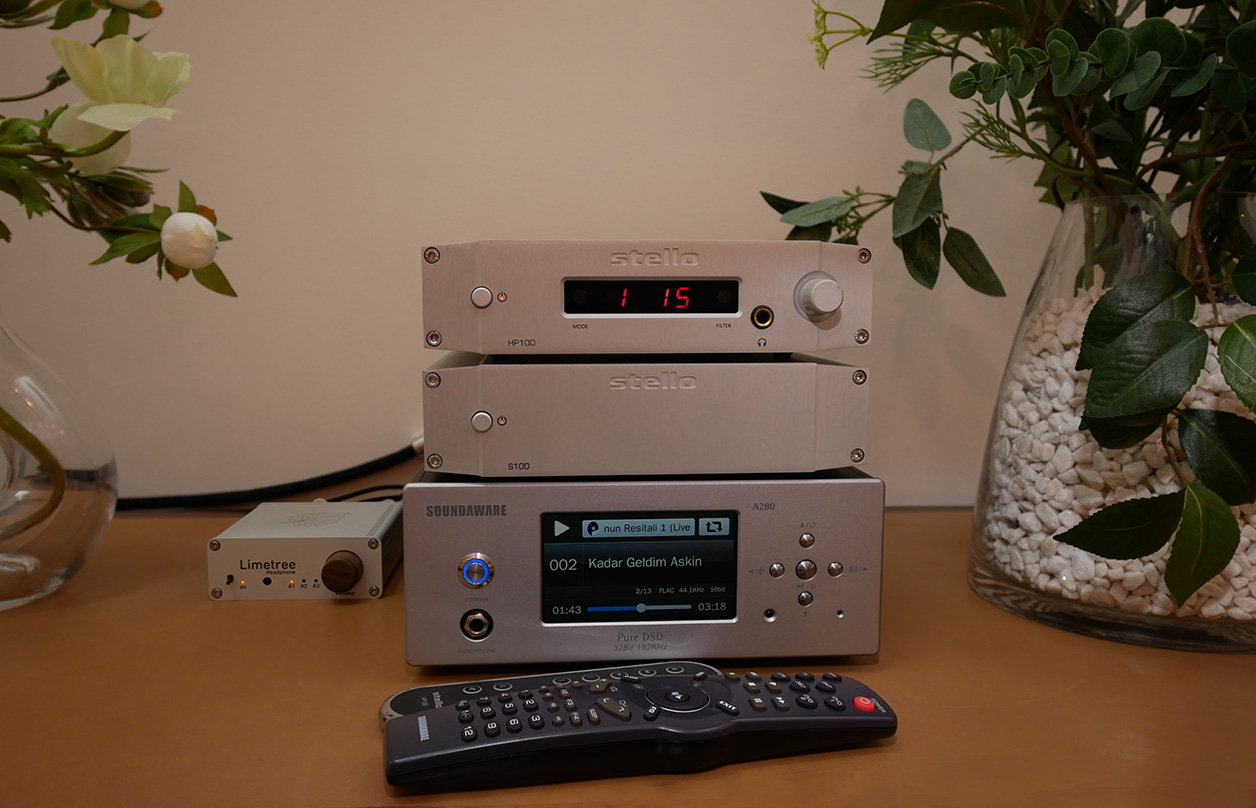 I'd thus focus on headfi.