At first I had to level the battle ground. Both DACs connected to the Power Gate via a captive M2 cord. That was a good start. Two Audiomica Laboratory Erys Excellence RCA sets then married them to the Trilogy preamp's inputs. Although this seemed right for the sake of equal conditions, I felt that both devices were too handicapped by these interconnects. Also, the Pacific's single-ended circuit versus the Reference's fully balanced internals had to be taken into account so the former went into the 915R via far superior Boenicke IC3 CG Iand the XLR cable I built myself fronted the latter. While my reference DAC now had the advantage of a fancier cable, its opponent operated as a fully balanced machine to match my Trilogy set's balanced topology. The Pacific's line outputs provided the same signal voltage as the LessLoss XLR so I didn't even need to level match. One quick USB cable swap and an input change on my preamp was all it took to switch from one DAC to the other. 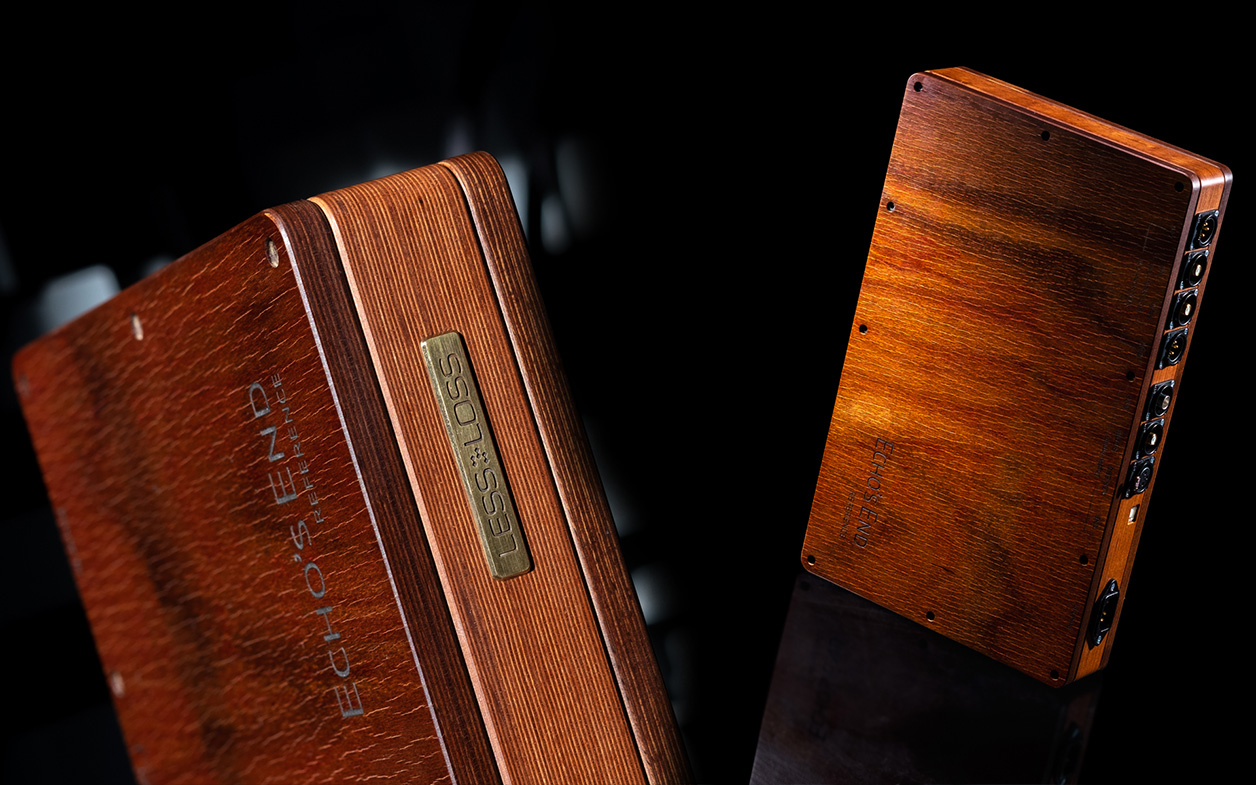 In my review of the Echo's End Original, I'd mapped its character as more grounded, round and mellow than my LampizatOr but neither bloated nor slow in the bass. Instead of resolution and insight, that LessLoss turned my attention onto its background blackness, general mellifluousness, music tissue and that particular moist sensation my ears accommodate to very quickly. Although the key traits of LampizatOr and LessLess were clear as day, I had no withdrawal symptoms when switching from my far dearer Polish deck back to the Lithuanian. Music presented effortless, fluent and organic to become the Original's key attractors. Those were augmented by euphonic expressiveness and enjoyable freedom from digital tint and harshness. Back then I took it to be very much vinyl-like charm. Although that DAC didn't play in the premier resolution league, it avoided excessive fat and warmth often associated with similar products so didn't feel veiled. It wasn't overly thick, sluggish or bloated, just pleasantly earthy, organic and along the lines of what top vintage converters using PCM1704 chips used to do. Although more substantial and grounded, the Echo's End's flavor wasn't second grade against my crisper leaner Pacific, just a vastly different aroma. It was emotionally engaging and focused on quality, sensuality and maturity rather than quantity, exposure and abnormal speed. This led to a fatigue-free pleasurable ride. The Original always felt nicely gravitational and cohesive but never overdone or extreme.

Although the Pacific then emerged as the more agile, open, insightful, sculpted, accurate, immediate and direct, the Original's lesser score on speed and magnification wasn't bothersome. It projected softer images and fixed them deeper and not as visibly distinct. But its enchanting, calm, euphonic and composed voice was free of fuzz or dilution and quick enough to feel dynamically gifted. Yes the Pacific was the more boldly, quick, fresh and ripped but the entry-level LessLoss working in faithful service to tone was respectably muscular, coherent and tight. It sure was no one-trick pony. The Original's fetchingly dark, substantial, smooth, saturated, easily digestible and elegant disposition was to me somewhere in-between Trilogy's meatier 925 integrated and its sportier 993/903 siblings. Back then I marked the Pacific as Trilogy's top 915R/995R set. Speaking in audio formats and loudspeakers, the Pacific was fit for hi-res PCM and open baffles while the bloomier, sweeter and milder LessLoss was more of a DSD-type that behaved like a ported box with smaller drivers. More importantly, its gearing towards undisturbed musical flow over any data load didn't have me think about potential sonic improvements. What it did during those review sessions was simply too vivid, seasoned, coherent and pleasant. 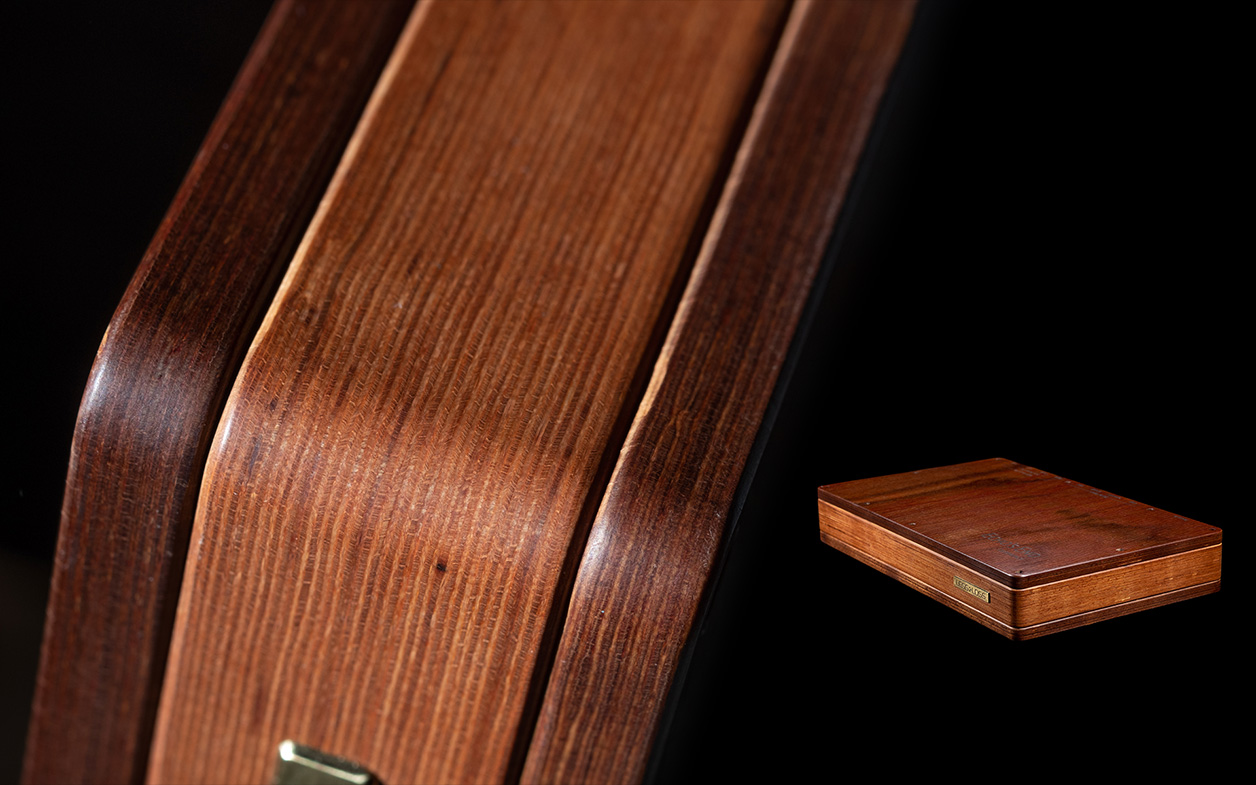 If you now wonder why this long-drawn prelude about the Echo's End Original and not its Reference sibling, they profile similar. Considering their internals, that's hardly a surprise. But there's far more to the latter than its modest looks might imply. Its already analog-like sonic spine features a particular set of traits which its predecessor lacked. These extra muscles position it far higher not on expressiveness or charm but on power, pace, elasticity and insight. Speaking of cars, think of this as a large safe SUV that underwent major engine rework to net twice the horsepower. The ride remains as comfortable as ever but now a sleeper disguised as a family drive can do 0-60 times fast enough to leave many sports sedans in the mirror. That's today's main gist.