Lessloss also came up with their own S/PDIF⇒I²S conversion so the Soekris boards see data only via I²S powered not by USB's 5V but a separate 3.3V line cleaned by Firewall 640X signal conditioners. Here and here I already described how effective these unique components are. The original Echo's End featured three of them, the Reference six. They locate at strategic key junctions and each small ply compartment potted with hardened resin houses two pairs of these passive filters. All visible floating bolts inside the enclosure star-ground point to point to lower internal noise reflections. That results in a far quieter circuit. The IEC undergoes cryo treatment and features solid gold-plated copper contacts. LessLoss' own C-Marc hook-up wire connects all power and analogue signal leads in point-to-point fashion. 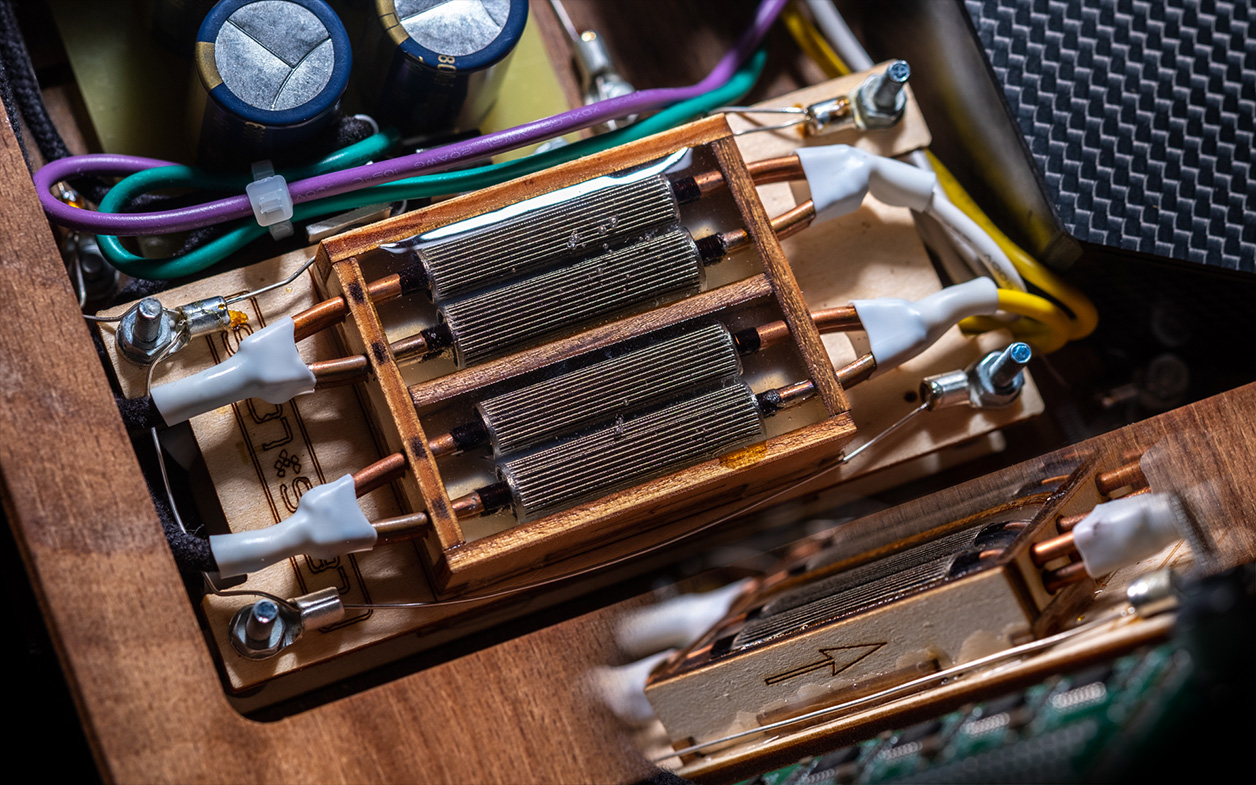 Although this DAC might seem nothing but a wood box built with several Danish OEM modules, it's the result of extensive tuning. For it to operate electrically and mechanically silent, its designers stripped it down to the essentials but with utmost attention to details. That's key. They had to explore which components and materials to use and which to avoid. That meant an absolutely minimal amount of plastic. What couldn't be avoided is either clear or white. The Panzerholz enclosure limits electromagnetic reflections and tames acoustic resonances then fixes all parts and sockets to itself (this material also shows up with high-energy neutron shielding in science labs). Reliable mechanical grounding must be as effective as possible to not reflect energies back. That rules out rubber footers and other compliant parts. Solder joints win over clamping. Colored agents constrain solder flow so all PCB other than the Soekris and Amanero use no mask. To keep impedance low, the internal hook-up wire is 0.86mm² for a mere 1.5V signal. The power circuitry has no traces but is built onto 4mm² copper rods (also used in LessLoss' Firewall for Loudspeakers) that undergo the Entropic Process to become like virgin again. According to the manufacturer, these treated bars behave as though having never succumbed to any pressure or bending. They can be viewed as a single large copper crystal free of structural damage. Effective signal conditioners and wire technologies are critical so were applied wherever possible.

It's clear that such a non-conformist approach renders even the tiniest detail important enough to optimize. That unlocks performance gains when multiple apparently negligible items sum into meaningful differences. This team is strongly convinced that less in fact is more when done correctly so they purposely don't pursue unnecessary parts density or fancy case work. Their Reference sits at the opposite end of trophy-fi and looks nowhere near what a $19'628 tag might suggest. That price doesn't reflect bling or top utility but a bill of materials then significant build costs plus amortizes associated know-how gleaned from decades of work in the field. This aims at customers who are already aware that a modest wooden box loaded with select components and the unique LessLoss silencing tech can pull off remarkable performance… which is exactly what they're after. 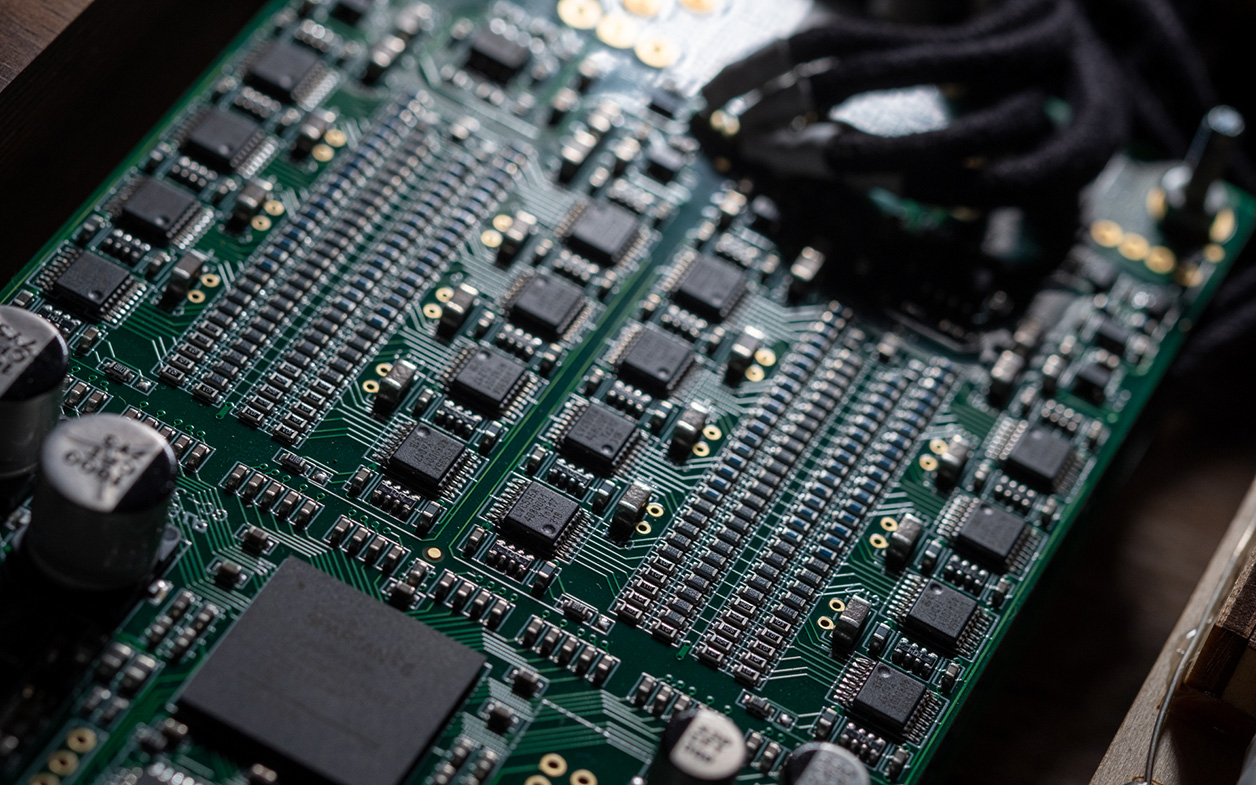 An Innuos Statement loaner handled storage/transport duties, then either a LampizatOr Pacific DAC or the LessLoss on three Bindbreaker feet passed now analog signal to a Trilogy 915R/995R set that connected via Boenicke Audio S3 speaker cable to either sound|kaos Vox 3afw monitors or Boenicke W11 SE+ floorstanders. Interconnects were Boenicke Audio IC3 CG and XLR which I proudly DIY. All key hardware was powered by Boenicke Audio's Power Gate distributor and its three captive M2 cords plus two LessLoss C-Marc. The USB chain included only iFi audio's Mercury3.0 USB cable. A set of external LessLoss Firewall for Loudspeakers modules complemented both speaker sets while a Fidelizer EtherStream was go-between for my Linksys WRT160N router and Innuos Statement server. A GigaWatt PC-3 SE EVO+ power conditioner fronted by its own LC-3 EVO cable fed the wall warts of router and network switch.