Enthroned downstairs between our Audio Physic Codex, I did manage to see red for just a bit. The amp signaled a fault. Defeating the ground-lift switch still on from upstairs didn't remedy it. What was different from my first round with the M1 speakers? I'd run single-ended. Now I was balanced. Once back on RCA, I had joy again. Didn't the Kinki like how our Vinnie Rossi implements its electronically balanced XLR? No matter. It's terrific when a circuit with proper auto diagnostics shows you when something is wrong rather than blows up or just shuts down without explanation. 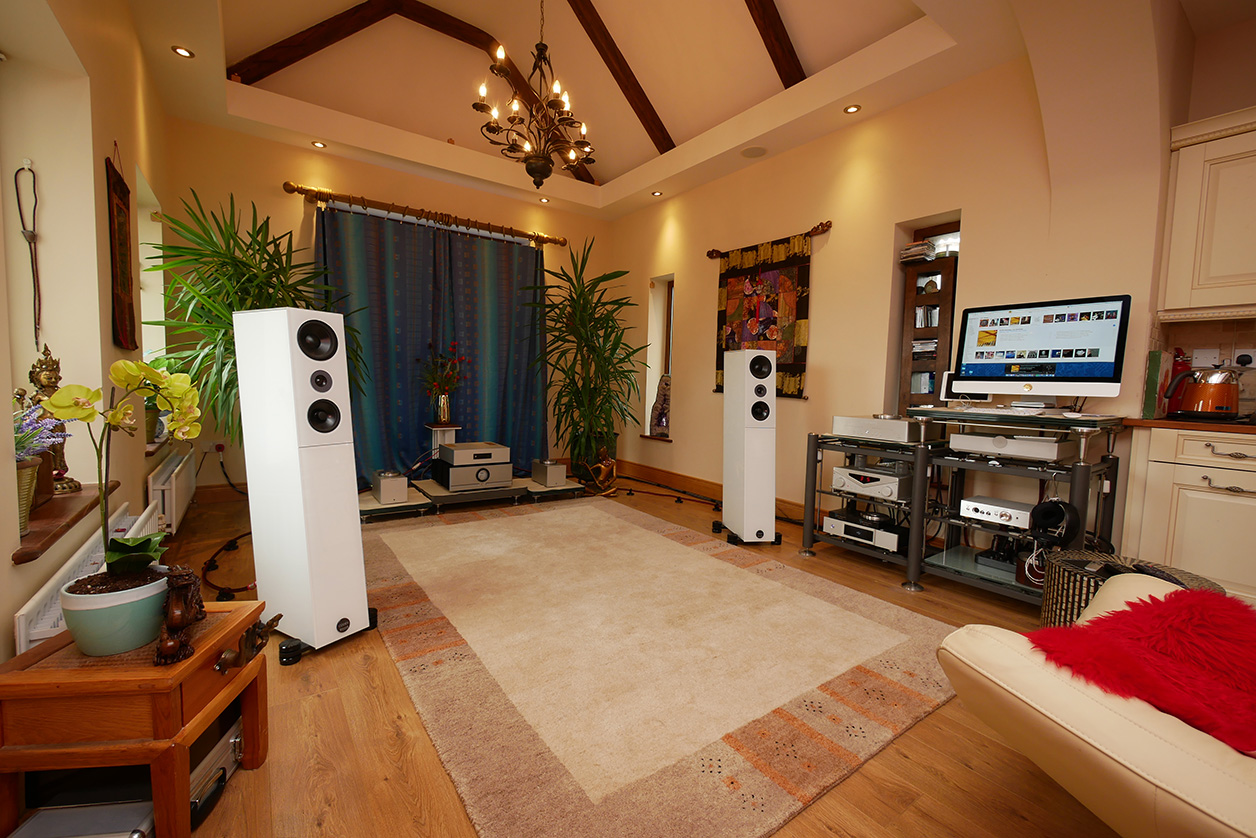 Juxtaposing LinnenberG's mono and Kinki's stereo amps, I started with something I'd loved to play on the clarinet: Antonin Dvorak's very Brahmsian Serenade for wind instruments, cello and double bass. Here that splendid tone poem is interpreted by soloists from the Prague Philharmonic. They display a special flair with their national composer. It was impossible to pick sides. These amps were too close, too equal on persuasion. The only small difference I heard which merits mention—but which was just different, not better/worse—concerned tone. The Germans play it dry yet sunny so with a very subtle warm tinge. That tinge the Chinese dialed back a tick. As a very minor shift, it put neither into the warm or cool camp. It just played poster child for an archetypal very small sideways move which one quickly forgets.

At first I suspected that, perhaps, the monos were a tick more dynamic. After the Kinki had been up and about for 20 minutes, I no longer did. That was essentially it. No sudden or eventual death, just an endless bout with no winner. We might as well spare ourselves tedious rounds and more music samples. Let's skip to the end: a perfect draw between two winners. Once we factor in a big price offset—buy one pair of LinnenberG or enough Kinki amps to outfit three systems—the conclusion wasn't far off. After recent awards for Korea's JAVS and Hong Kong's Lumin, Kinki would win this year's third for the wider region of Asia.

Whilst the Kinki had romanced me upstairs awaiting its downstairs turn, I'd wrapped up a review on the Sotto Voce Stereo 3 speakers there. As full-on DSP actives, I'd slightly preferred them with a digital not analog input signal. Still, the sound had been typical high-feedback class D. It was over-damped and dry to lack bel canto's elasticity; and monochromatic for a far narrower color palette. Low SPL only compounded these qualities. With the Kinki, it thus was a welcome relief to return to our house sound. That must excel at low SPL. By virtue of direct-heated triode injection, it includes just the right amount of fruitiness and temporal give to telegraph that playback's music is made by humans not machines; and draws from an expansive color palette to support many fine tone modulations. 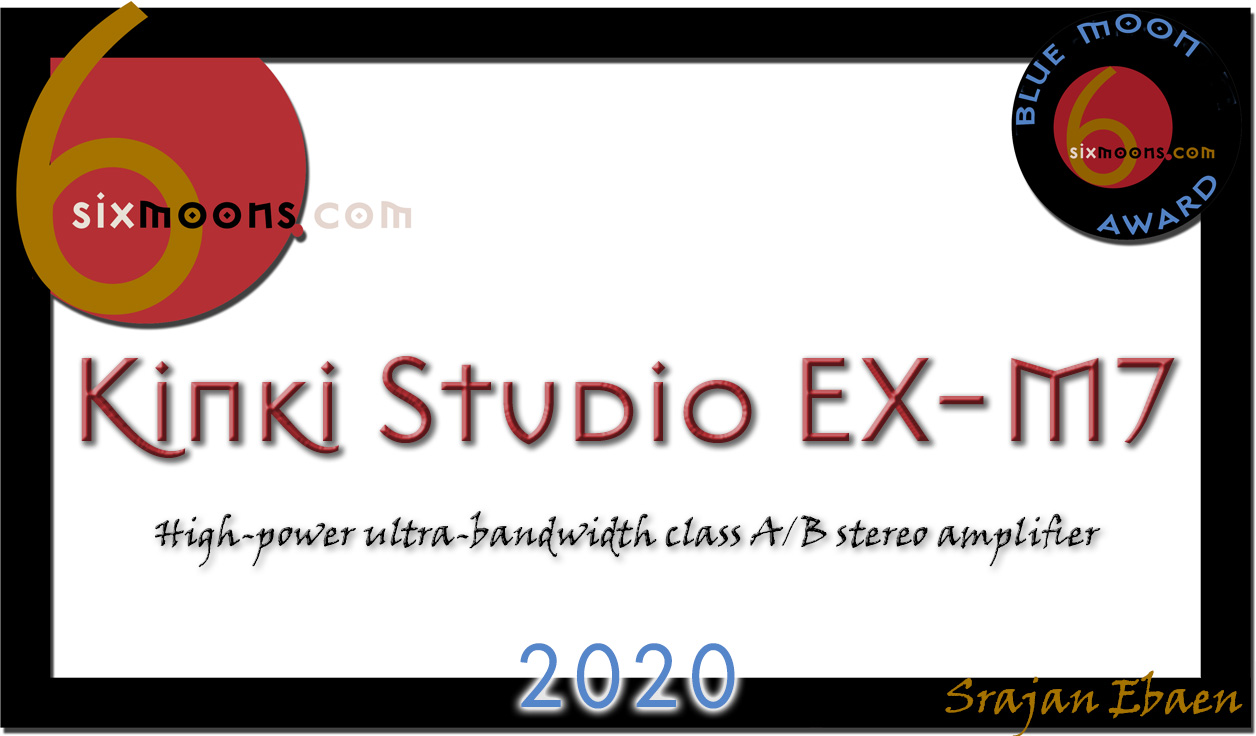 In my little black book of amplifier acquaintances, on the upward diagonal starting with the Job 225 to then feature the Kinki Studio EX-M1 higher up on the same sonic spur, the EX-M7 now sat right next to the LinnenberG Liszt which are our reference amps for the big system. That put it nicely above the integrated and just slightly below the Bakoon AMP-13R. Where/when the latter's 25wpc don't fully matter because speakers and rooms are too big, that puts the Kinki EX-M7 right up there on the top plateau where our fiscal reality can afford to play. On that level which purely sonically would include the €15'000 AGD Production Vivace and Merrill Audio Element 114, today's amp is certainly by far the most affordable. We must thank Mr. Liu for being a gentle not greedy man. For this level of build quality, features and sound, he could charge a lot more and rub shoulders with quite illustrious company in designer suits.

As is, the only thing the EX-M7 won't buy is snob appeal.

I think that many of our readers can easily do without. Some might even get more subversive pleasure from shopping well outside the mainstream and far away from the high street.

Going in, didn't I predict that getting kinked would be far better than unglued? Though given these results, the latter is quite allowed as well; even warranted!