With a bank holiday that turned Monday into an off day not for reviewers but civil servants, the Vision DAC-1/THR-1 shipment took a week to trek from Guangzhou to our Irish and famously emerald left coast. No rain, no gain. That globe-trotting included a few days of limbo at Shannon customs. They required additional documentation including emails between Vinshine and 6moons. I had to prove that these were official review samples, not goods for resale which I sought to sneak in below the radar. The forwarded correspondence between Alvin and myself satisfied the authorities and VAT was waived. But mail-ordering direct from Singapore, EU buyers will face fees for importing from outside the free trade zone. In Ireland, that means 23% VAT. Whatever your country's value-added taxation, be sure to add it to Vinshine's global retail price to know what the final tally will be. Otherwise you'll be sore when that reality hits you by surprise on delivery day.

With its serious specifications, proper THR-1 companions had to be HifiMan's Susvara on the very inefficient end of the beat; and Final's Sonorous X on the very efficient. Falling in-between would be Final's D8000 planars, Audeze LCD-XC planars and Sennheiser HD800 dynamics for high-impedance samples.For serious amplification compadres and vital context, I'd muster Bakoon's evergreen AMP-12R exclusively on 6.3mm; a pair of Questyle CMA-800R mono amps in 2 x 3-pin XLR mode; and COS Engineering's H1 in the same. That's our core collection of headfi hardware.Fronting the lot would be Soundaware's D100Pro SD card transport spitting out digital bits. Those would hit the built-in COS DAC whose single-ended analog outputs supplied the Bakoon; or the matching Questyle DAC into the monos via its XLR outputs. The Kinki would suckle on either the COS (RCA) or Questyle DAC (XLR) to keep its companion Kinki converter benched as a second unknown. But THR-1 would make an appearance in the Vision DAC-1 writeup just to report on sibling love.

For closeups under the sheets, one would be surprised to undo a milled-from-solid cover a good 12mm thick. In this price/size range, thin bent sheet metal tends to be the norm. Not here. In fact, this top was so thick that the two tall capacitors had to protrude into bored recesses to fit. On pure construction chops, THR-1 already went the extra mile. The first of the following layered macros concentrates on the twin pairs of complementary Exicon Mosfets. Behind them we spot the tops of two Japanese Radio Corp. voltage regulators and the casing for the secondary power transformer. 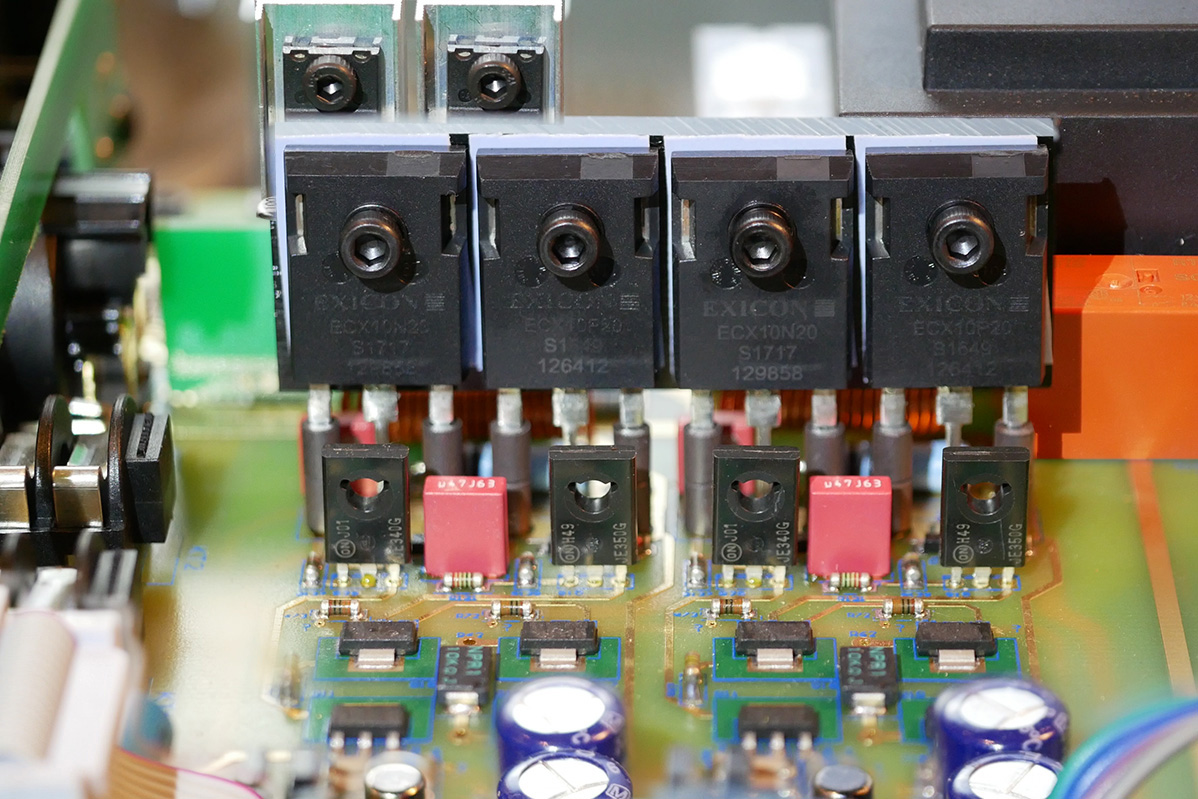 Here are those JRC regulators fronted by four smaller caps… 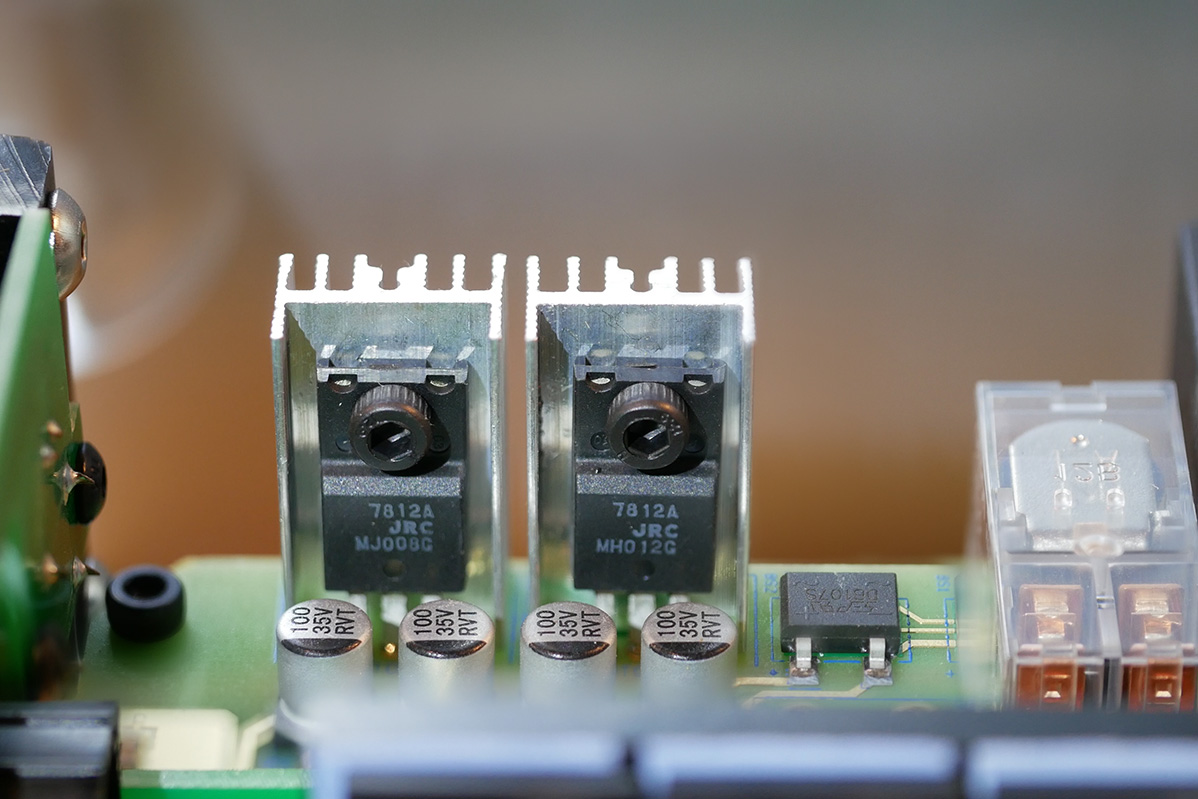 … followed by a side view on the quad of blue caps… 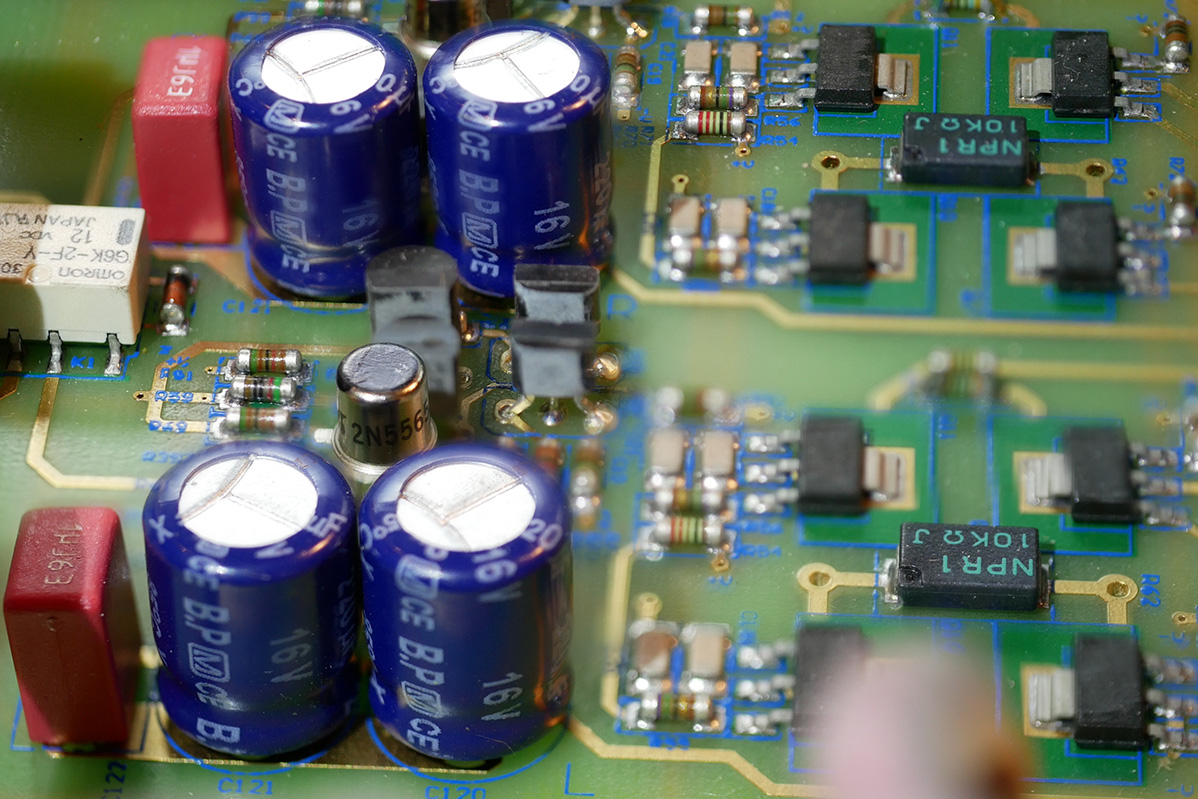 … and finally one of the big 2'200µF caps and the blue Alps potentiometer from Japan. 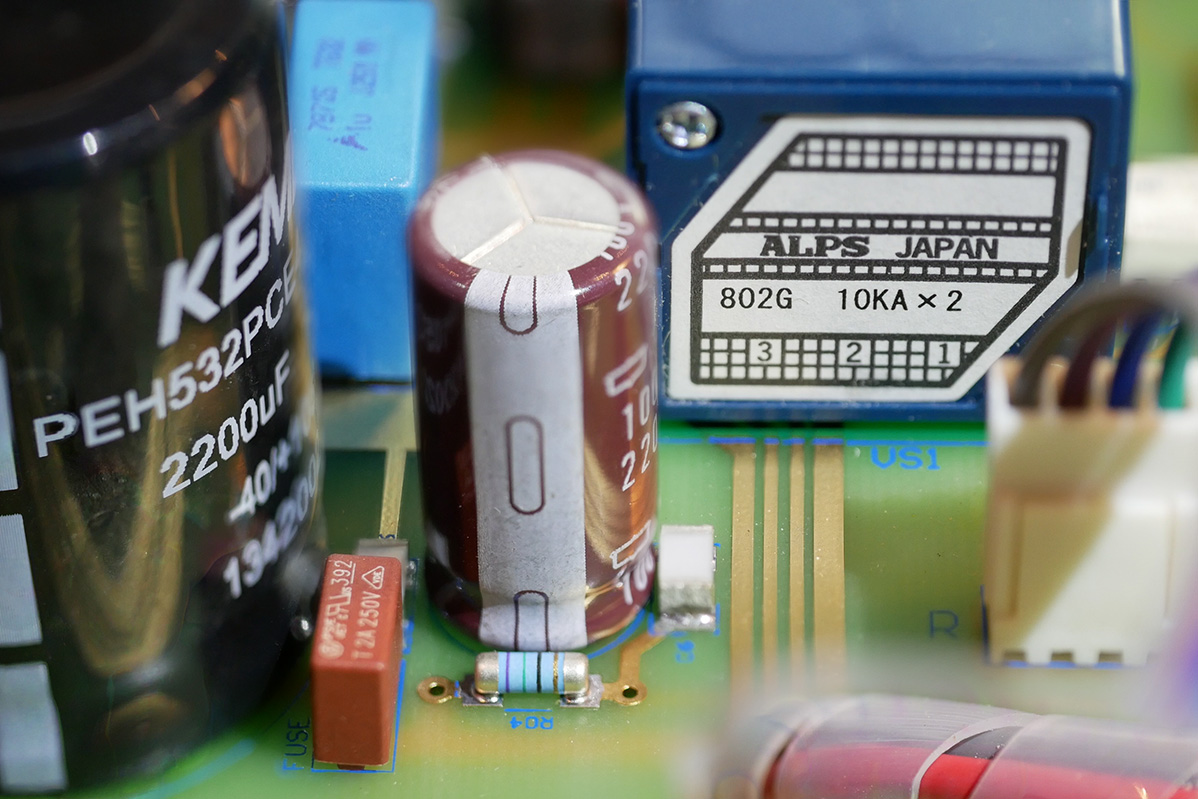 As promised by Liu's stock photos, THR-1 made as good an inside impression as it did outside. Watchful readers have already concluded that the two-gang Alps points at a single-ended circuit whose 4-pin XLR output is simply a convenience feature for customers whose headphones sport such terminations. I double-checked with Alvin. That's indeed the case and also goes for the XLR inputs. THR-1 is single-ended front to back.