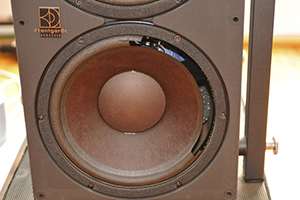 It is easy to visualize what happens when the surround of a driver goes. Not so long ago the surrounds of our Avantgarde woofers gave up their ghosts; all four of them at once. After so many years of hard work, it was no wonder and the German company re-coned them promptly. These surrounds had their final act during playing them. All of a sudden there was a wtf sound best described as what we did as kids by attaching a piece of cardboard with a clothes pin to our bicycles such that the cardboard was agitated by the wheel's spokes… that flapping-in-the-wind sound.

Our Belgian designers had to overcome this effect and at the same time figure out how to still seal a cone to a cabinet. The exploded view shows a pyramidal cone with an aluminium ring glued to it at 0.03mm tolerance. This termination ring is 10mm x 0.2mm in size and sits in what's called a decompression chamber. When the cone moves down, it causes an over-pressure, when up an under-pressure. Now the decompression chamber absorbs the positive pressure and releases it when the cone creates its negative pressure. Together this cone/ring combination eliminates the typical resonances, distortion, nonlinear behaviour and energy absorption of traditional cone surrounds. As a bonus, the cone can be made much lighter since it does not have to withstand the surround's shearing force on the edge. 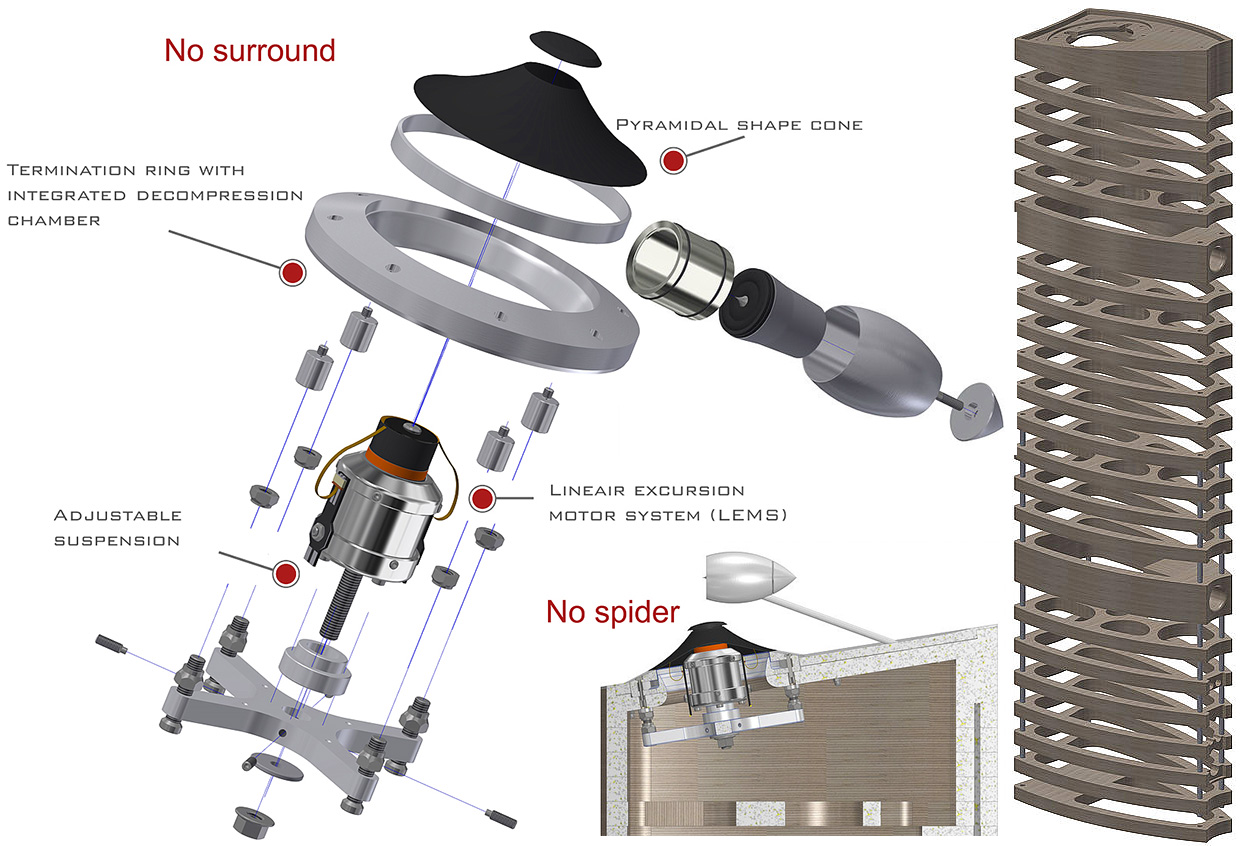 Speaking of the cone, here's its story. Many of the more than 59 prototypes of the driver were intended for directional use like 99.9% of all speakers. None of these geometries satisfied our Belgian brothers. Eventually they resorted to an omnidirectional mounting. That in combination with a pyramid-shaped cone contributed to the sought-after soundstage recreation. By now working under the Ilumnia name, the brothers pushed further. Instead of mounting the driver flat on its back to look straight up at the stars, they experimented with a tilt. 9 degrees proved optimal. Now they saw that the traditional 2-way's Doppler distortion at the listening position was substantially lower. This distortion is introduced when a high-frequency tone is reproduced together with a low-frequency tone on the same driver. The higher tone's pitch increases when the cone moves out and lowers when it retracts. Think of standing next to—but not on!—a train track when a train passes. Of course the Doppler effect is only heard in the direction of a moving object. "Because the Ilumnia cone aims upward at the ceiling, the Doppler effect is only noticeable with your head directly above the driver; not the natural way to listen to them. When seated in your listening chair, the driver is tilted 81° off-axis relative to the moving direction of the cone which itself is at 9°. In this case the Doppler effect is drastically reduced. It’s the same when you are 500 meters away from the railway track. The train sounds the same whether it’s coming from the right or leaving to the left."

Their tilted and inverted driver also projected a more realistic soundstage. Like a real acoustic instrument, the driver now radiated at 360? across. This results in a more believable/realistic reproduction of recorded music. After determining the ideal mounting of their driver, its actual cone material became subject to extensive research and experiments. Name any possible material like Kevlar, paper, Carbon fiber, aluminium or a compound mix and they tried it all with help of a specialized German company who produce cones for the majority of big brands. Good-old hardened/impregnated paper did best. Now they came to the cone's shape and dimensions. There are prototypes from 10cm to 30cm Ø, from classical shapes front-mounted to the final pyramidal shape mounted at an angle. The ideal size proved to be 15.5cm in diameter, giving the best ratio between speed and displacement. A nice fringe benefit is that the cone is easily replaced should an accident happened like investigating little fingers; or the brothers identify an even better cone material in the future. 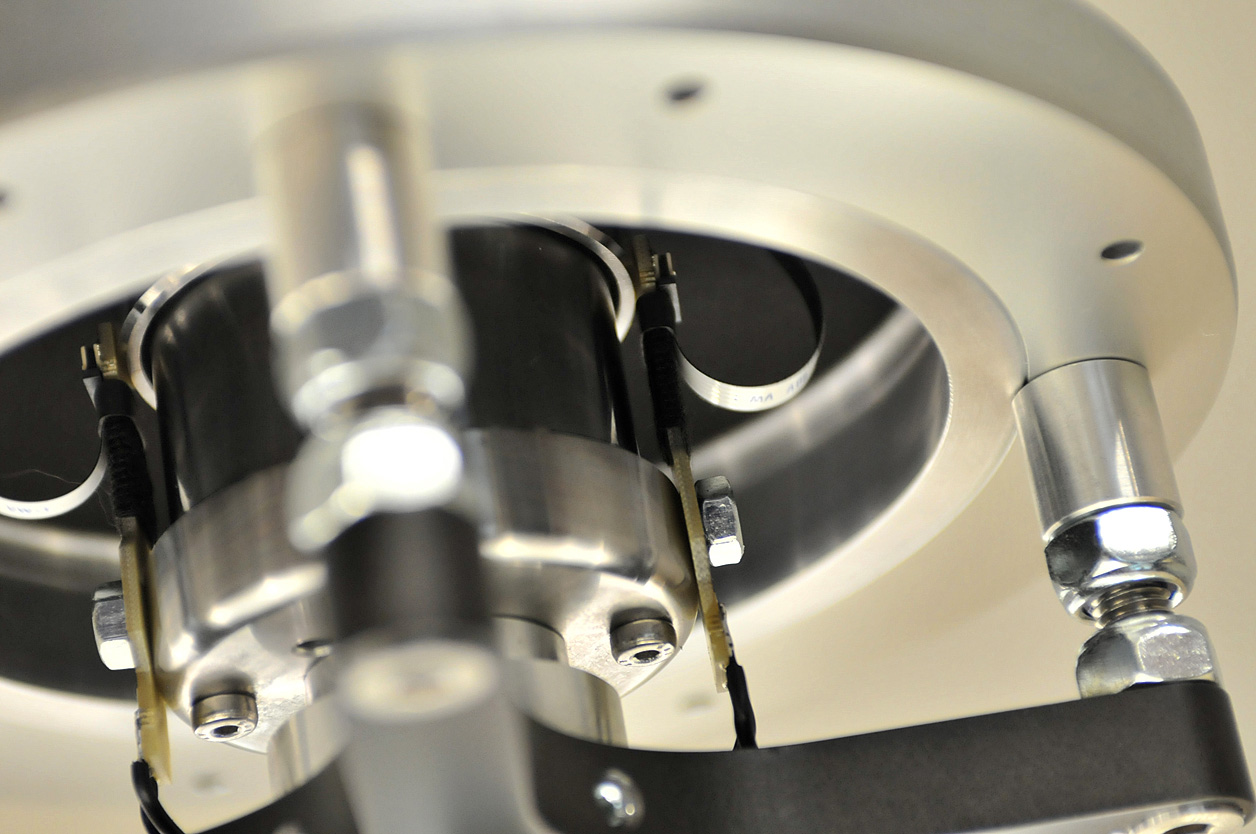 Now how to move that pyramidal, angled, impregnated paper cone with its termination ring? With a motor of course. As one would expect by now, Ilumnia created a special motor to drive their special driver. Baptized Linear Excursion Motor System or LEMS, the acronym hints at LEM as used by NASA in the 1960s and 70s for their Lunar Excursion Module. Ilumnia's LEMS is not that far removed from space tech. Key is motor linearity at 99.7% during a full 8mm free-floating excursion beyond which there are another 4mm of possible stroke, albeit with increasing counter force for additional power handling. To make it all work means no less than 60 parts per driver. Compare that to any classical cone driver. How many parts can you distinguish there? In the LEMS motor the Kapton former houses two galvanically isolated coils. One is for the music signal as in any other cone driver. In the Ilumnia LEMS, the second coil provides the electromagnetic cone suspension with its central alignment. 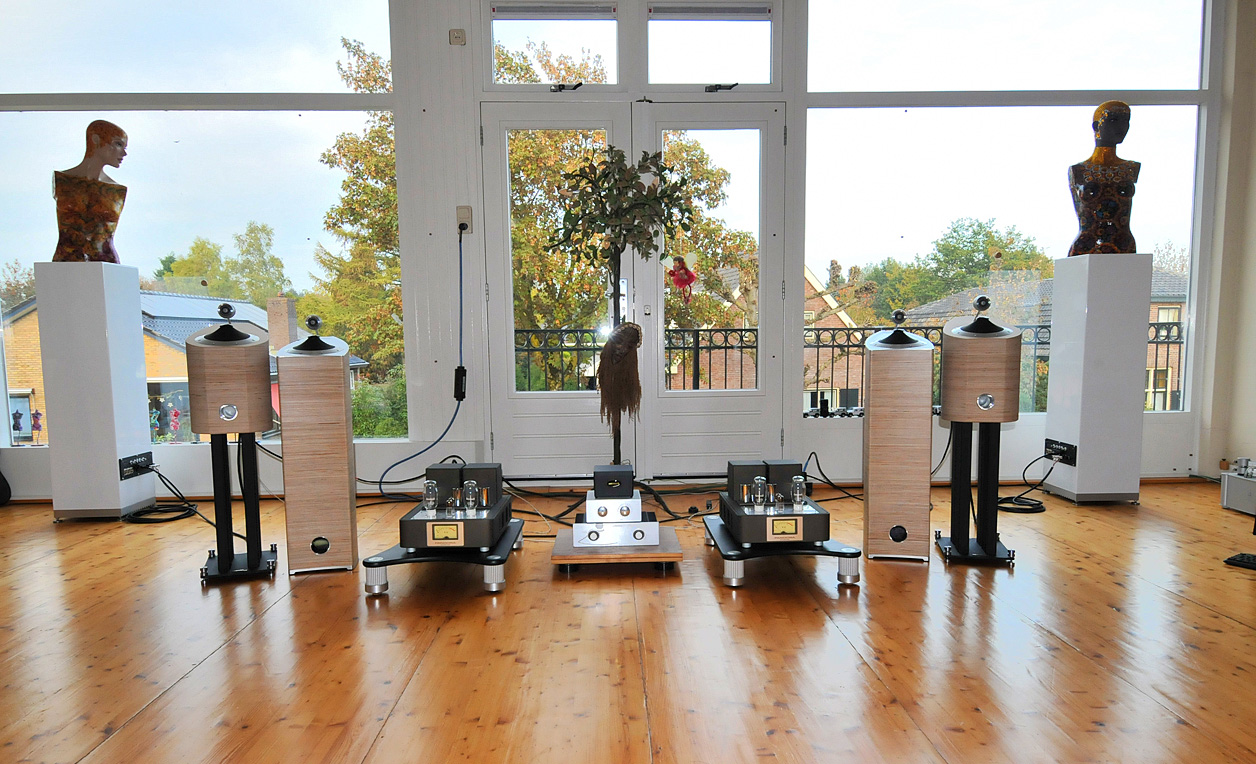 Where a classical driver's surround and spider cause nonlinearities, they are not the only culprits. The driver's electrical characteristics are part of the problem, too. One of these is the BL curve which represents the so-called force factor or back-EMF. Force factor is a function of "BL" where "B" signifies total magnetic flux and "L" the length of a wire passing through that flux field. This results in a measurement called Tm or Tesla meter. The problem for most drivers is that this value isn't constant relative to their coil's position. The more the cone moves to its limits, the less magnetic flux it cuts, hence the less force the motor puts out. This causes dynamic compression. Underhung systems overcome this at the expense of magnetic power and max cone excursion. 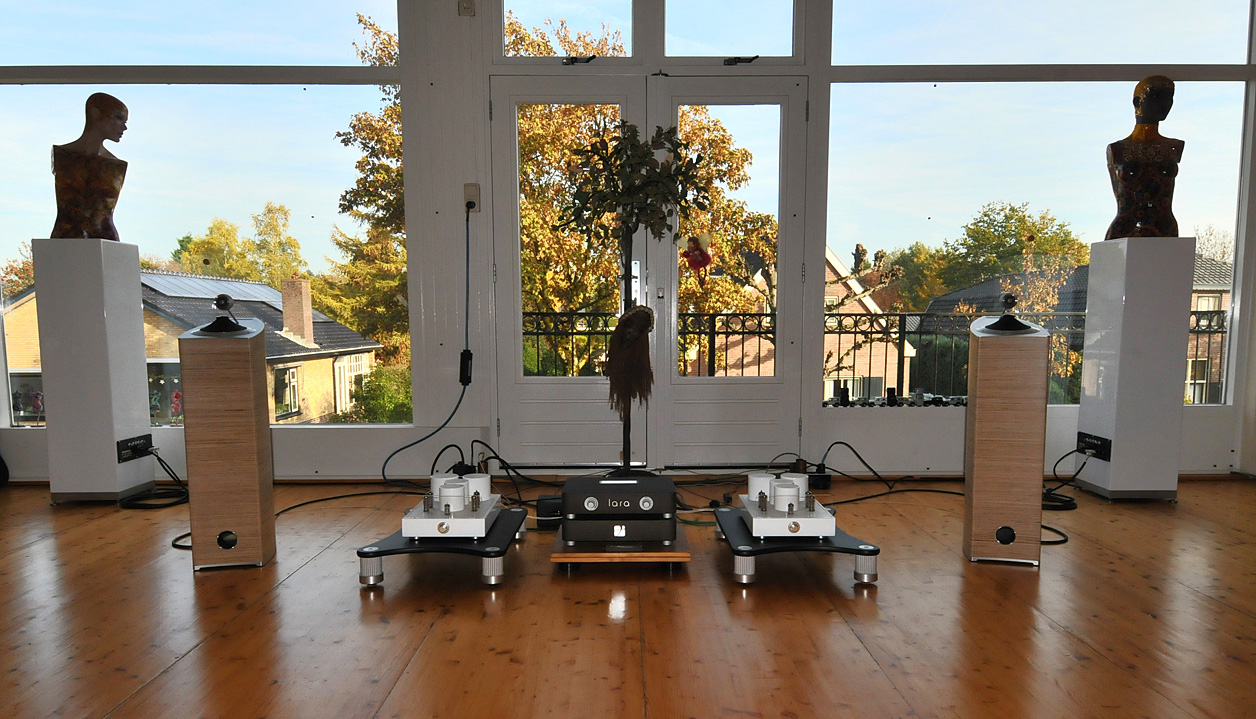 Ilumnia also came up with a solution to this common phenomenon. What if their second coil, the suspension coil, lessened its grip on the cone in a balanced counter reaction to the BL(x) problem? If ideally executed, it'd mean nearly 100% linearity. Our brothers claim 99.7%.

Here are graphs to illustrate the electrical effect of a nonlinear BL(x). The horizontal scale shows cone excursion left to right. The vertical scale represents motor power in Newton per Ampere. Above 3mm at the white line, there is a significant power (BL) drop due to the coil cutting fewer flux field lines. Ilumnia's electromagnetic suspension is the green line at the bottom. For the first millimetre it starts off 100% linear, then drops. That shows less pull on the cone to compensate for the weakening power of the motor. The result is the blue line which documents the driver's 99.7% linearity over its full 8mm of excursion. The latter is shown in the X-I curve on the right.