Truth told, what the Pro iDSD pulled off at my place was astonishing. Yes it sounded slower and calmer than the Pacific—which my Swiss floorstanders showcased very clearly—and also a fair bit softer and fuller. Yet it remained coherent, vivid and had great crowd-pleasing potential. It very much reminded me of how my departed former LampizatOr flagship Golden Gate DAC had been tuned. The more hifi-oriented Pacific is a completely different beast to put other things on the pedestal. Priced at a staggering €27'000, it wasn't nine times better than the Pro iDSD at €2,999. It's rather impossible to quantify their quality difference so let me just say that to my ears the Pacific sounded better indeed but what the Brit showcased was still truly remarkable. 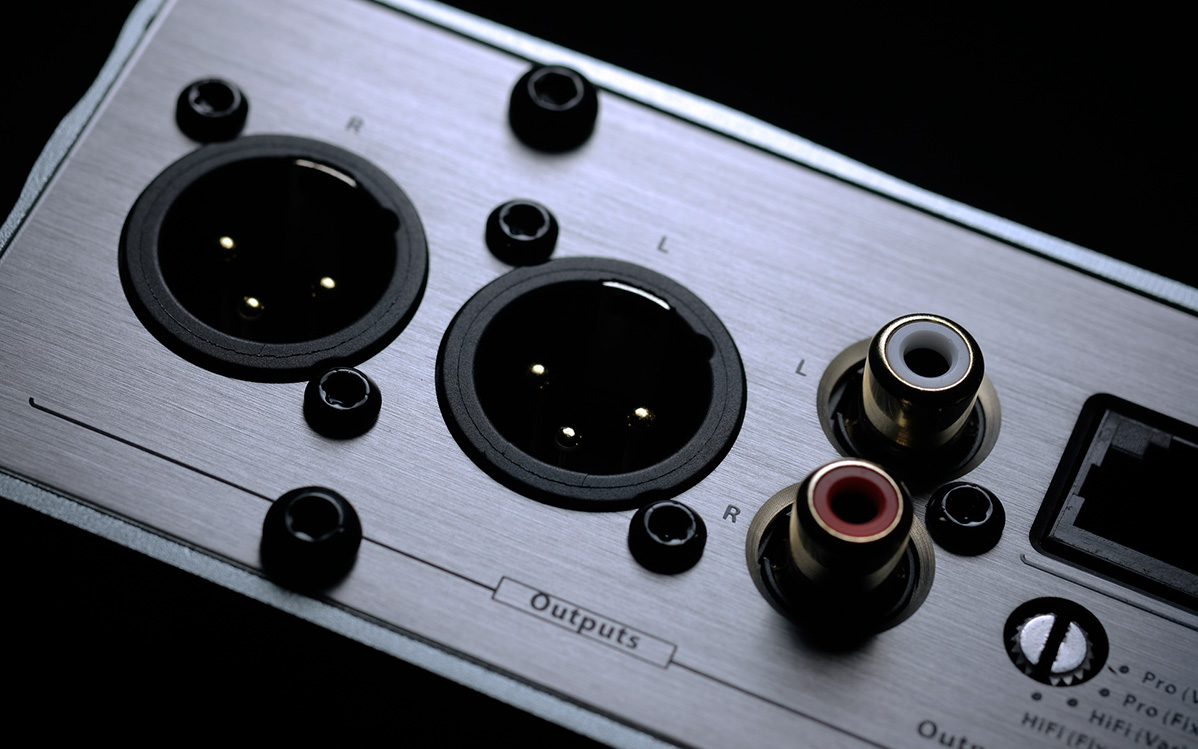 The important bit is that it was as engaging as my main DAC and as far from a me-too sound as possible. This was quite the accomplishment. If I had to frame it in related hardware terms, I'd say that the Pro iDSD was the Trilogy 925 integrated whereas the Pacific sounded very much like the equivalent 993 + 903 separates on steroids. Once this basic signature had been sorted, it was time to address the extras. The Pro iDSD was very cleanly regardless of input. The background was always tidy and free of grain. There were only mild differences where to my ears USB was best. Since all digital inputs are subject to the same jitter removal, the general evenness on this count wasn't much of a surprise. Next, this machine showcased various music formats very clearly. The difference between PCM and DSD tracks was not mild. The latter were softer, gentler and rounder to resemble vinyl recordings, the former were more articulated, detailed, fast and raw. That was nothing new but the iFi mapped out their distinctive characters most effortlessly which was the important part. I didn't touch the highly anticipated MQA functionality simply because it wasn't available yet. Oddly enough this didn't prevent colleagues elsewhere from miraculously listening and evaluating such files on the Pro iDSD already and telling their tales in detail. 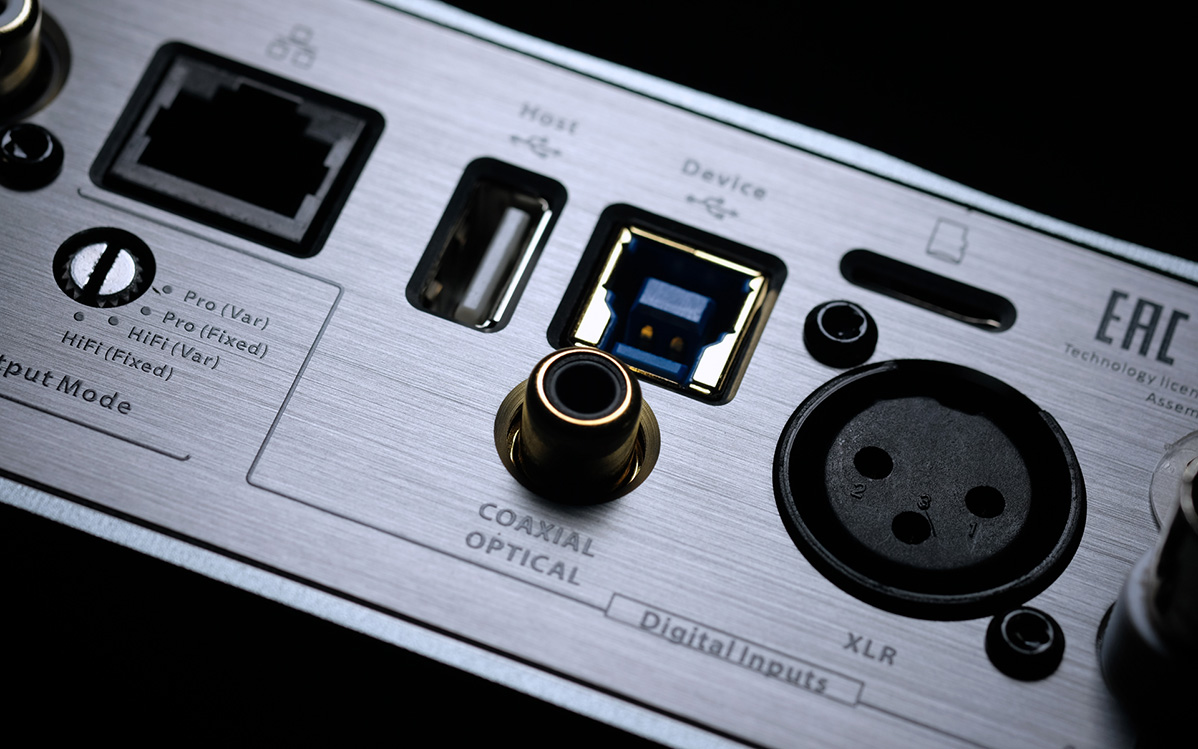 Next in line was the Pro iDSD's headphone socket. My HiFiMan HE-1000v2 was the only suitable load on hand. It performed very well to readily showcase all the now familiar virtues of the Pro iDSD. I netted the same texturally rich, pleasant, open and refined sound which indicated that the 6.3mm headphone was serious indeed. As expected, once the dedicated Pro iCAN headphone amp came into play, the reading opened up even more and grew yet feistier and more direct. The grip was tighter and less relaxed. This led to elevated excitement. Still, my exercise with the HiFiMan planars merely scratched the surface and I regretted that the Susvara siblings had long since departed. It's highly likely that these notorious cans or others similarly demanding would have broadened the performance gap between both iFi models further. All I can say is that the HE-1000v2 experience suggested that the Pro iDSD headphone feature wasn't a convenience item but core proposition.

It came as no surprise that the solid-state option without DSP aka bit-perfect and bit-perfect+ netted the most exact, precise and taut sound characteristics. But the machine still flaunted its big on-stage presence and organic approach topped by smoothness and upstairs sheen. Even the driest option didn't suddenly transform it into a surgical tool. As such I couldn't declare a favourite output mode. I exploited them all and subjective preference came down to repertoire. With quality rock/metal, usually just the transistors were involved to extract as much raw energy as possible. With bad recordings of the same genres, the knob went to either tube or tube+. If the sound was still too artificial, matte or grainy, DSD Remaster softened things up further and injected some extra moisture. Of all the available filters, I grew very fond of the Gibbs Transient Optimized, presumably because on my AMR DP-777SE I had listened almost exclusively with the 'Organic' option engaged. These two have a lot in common. GTO is a low-tap filter with very short post ringing where ultrasonic noise is masked by our own hearing threshold. Here I confess that once I got myself familiarized with this filter, I merely shuttled between it, the two bit-perfect modes and DSD Remastering. Along with the other hardware modes, these options were more than enough for my ears. 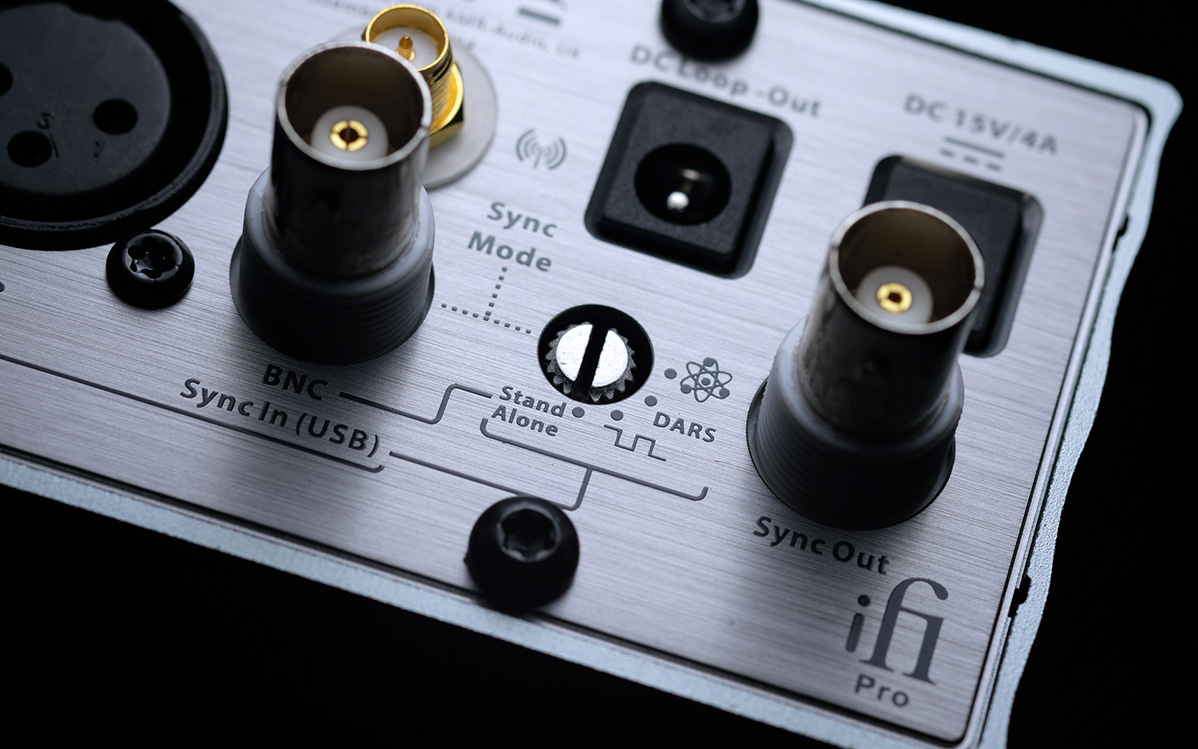 Summary. iFi audio's Pro iDSD gave me perfect reason to suspect that all the knowledge, feedback and experience their team gained over the years was poured into this one deck; and that everything that preceded it led very logically to this peak. Their latest machine feels very much like the final and best chapter of a thoroughly enjoyable book. Here's to many more iterations. Hopefully this saga isn't over yet. It's safe to say that with the Pro iDSD, iFi outdid themselves. I'm not aware of any other product so packed with options and complete as this. Usually multi-purpose machines priced still reasonably sport one prominent feature which overshadows the rest as mostly convenience or fashion items of unequal value. On that count, the Pro iDSD felt very even and unusually complex. A good long look under its hood, an even longer one at the user's manual and a lot of free time all were mandatory to fully grasp what this full-featured multi-tasker is capable of. 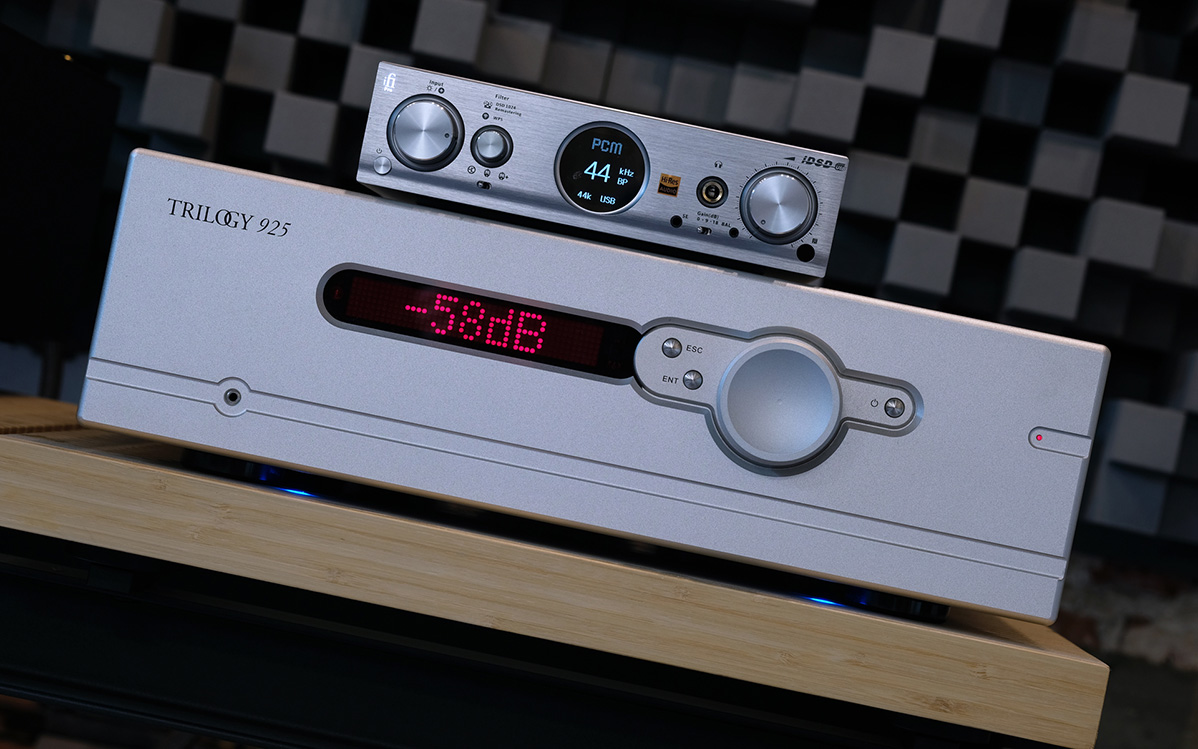 It turned out to be a very enjoyable, tastefully executed sanely priced do-it-all. It did everything a product of this sort should these days, did them really well, then added a ton of useful features to where I honestly couldn't think of anything I'd like to see added. Most importantly, this comprehensiveness didn't make iFi's most ambitious DAC mediocre, merely good or even great but truly fabulous. It sounds like a machine developed by a veteran engineer who is fond of old multi-bit architecture and valves but adds a 21st-century mind set and the latest up-to-date tools. Such a confluence of abilities can't go wrong and today's review proved that point brilliantly. 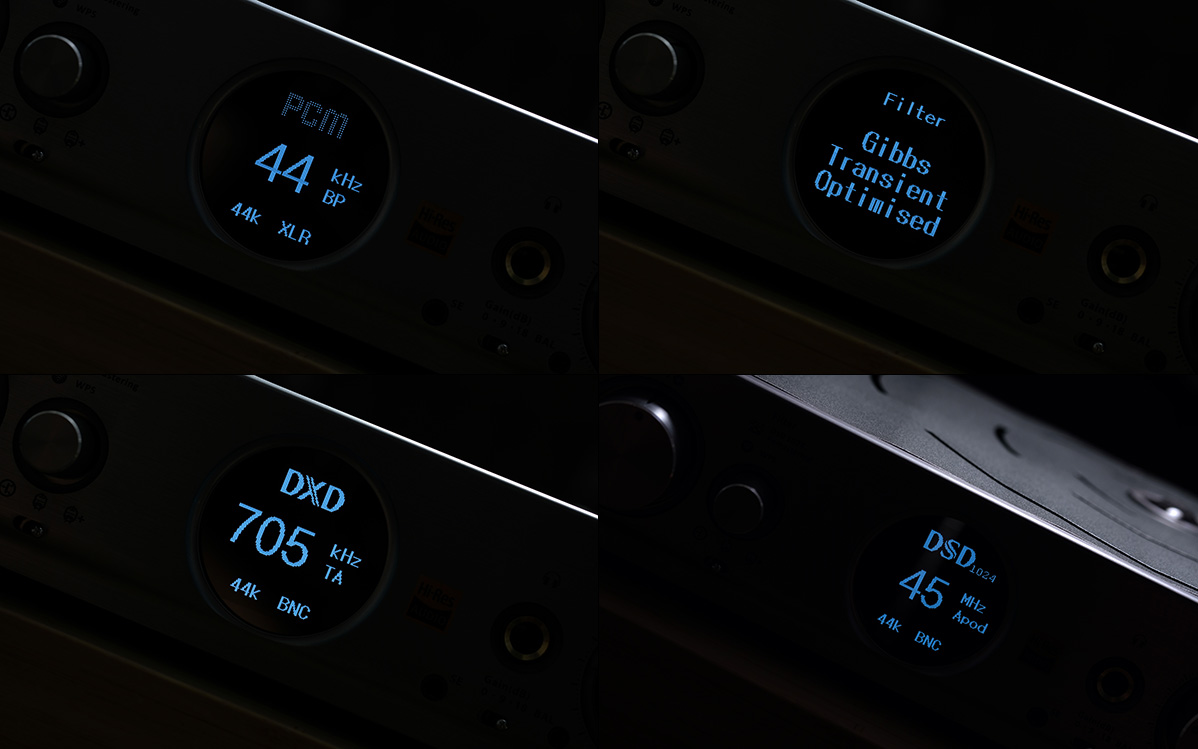 The upshot is that even if—highly unlikely—all the additional features of the Pro iDSD were of no use to you, it'd still be a fantastic DAC. To underscore that point, I view it as the machine to familiarize yourself with before anything else at a similar price. In fact, it's now my top choice even well above €3'000. Highly recommended!