You either love him or loathe him; okay, liking is another option. The him in question is Neil Young and his album Paradox. It is the soundtrack to the eponymous movie by his wife Daryl Hannah starring Neil and band as a group of outlaws. For lovers of Neil Young's later work with his Promise of the Real band, this album is a lesser success but still worthy to spin now and then. It sounds just like the gatefold center photo of a film still depicts the band – playing in a tent with a load of vintage amplifiers, loudspeaker cabinets, microphones, an old organ and Mr. Young in the middle. Mind you, we haven't seen the film.

In the time we spent with the Holbo Airbearing Turntable System, we really grew fond of it. It worked without any hiccup and even a pretty warped album played through without skips. Another awkward record has its hole off-center. A pivoted arm swings gently when playing this. The Holbo arm performed a far smoother left-to-right move to demonstrate it superior lack of friction from an air bearing. In addition, when the arm is parked to the far right and the power switched off, the arm stays put due to now introduced friction without the air cushion. As the manual recommends, when not playing, the arm should be covered by a soft cloth to prevent dust from accumulating on its stainless-steel tube. Holbo are working on a dust cover which we think should become a standard part of the provided complete system.

Of course there are more air-bearing turntables on the market but very many of those look like oil rigs and their noisier compressors should be placed in another room. Condensation risk ahead! The Holbo Airbearing Turntable System to us instead had great classic looks of simplicity, arrived with a super-silent compressor and offered everything a vinyl lover could crave. It offered dynamics and speed of transient response that resulted in a very lifelike open sound. If a pressing was good enough, that magical black background was there in spades. 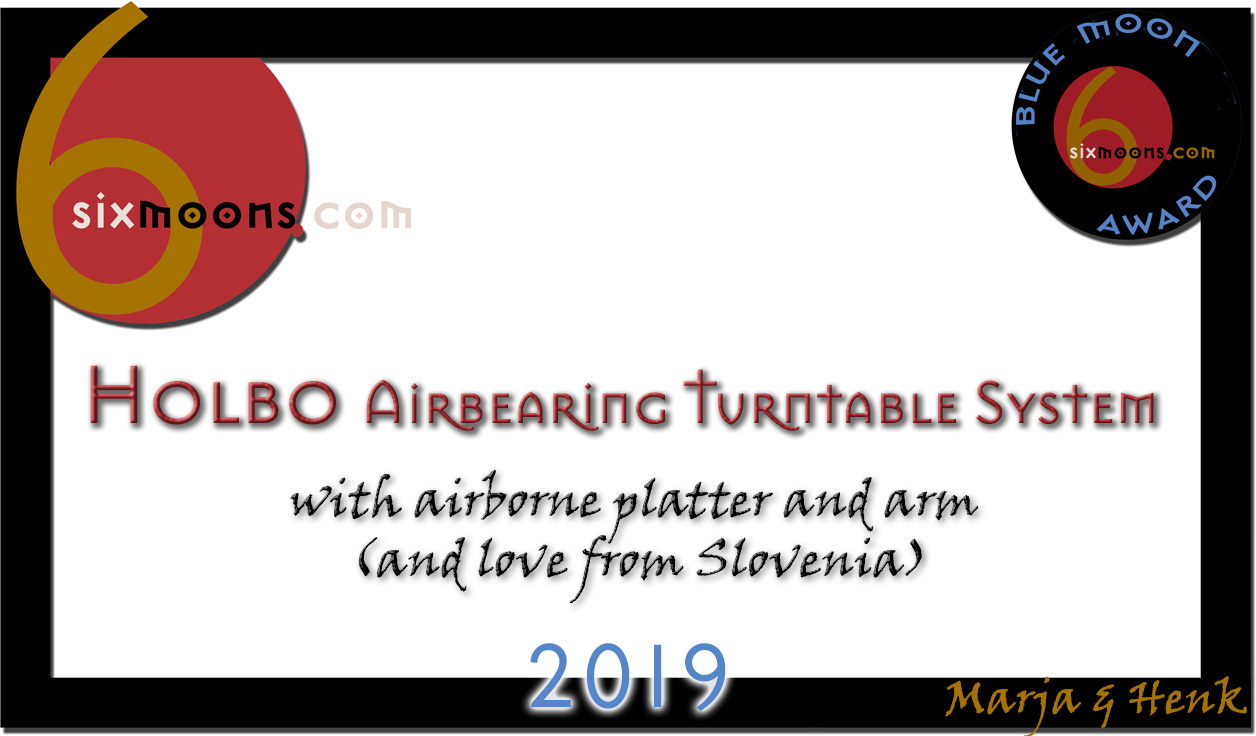 Bostjan Holc recommended to us the Benz Micro cartridge and it proved to be a great companion indeed. With a very realistic asking price for the turntable, Holbo make it possible to source the perfectly matching cartridge and not go borke. Again, we utterly enjoyed the Holbo system in every respect so the award pretty much wrote itself. As to the caption, it should be self-explanatory by now…