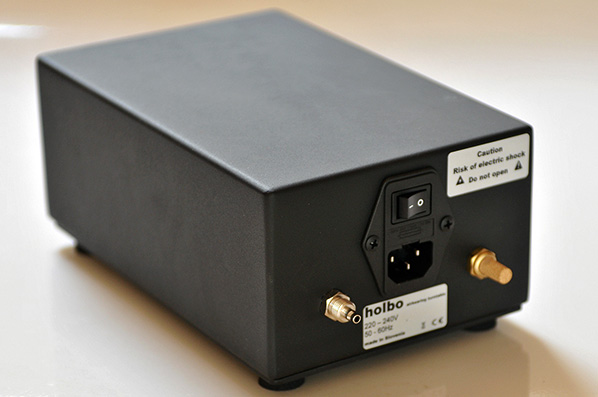 Over the years, the two of us have evolved to a somewhat more educated taste in music and replay. For analog we learned that the closer the signal processing is to the record itself, the more important it becomes to the final outcome. In terms which consumers can actually influence, that begins with a clean record. A small tick of click is unavoidable but should be rare and unobtrusive. Next comes the all-important turntable. Here a thing seldom heard from anymore is rumble as a low-frequency noise that obscures many fine detail which lead to the audibility of individual instruments including voices. They appear to emit from a black background and are there without blurring or guesswork. This leads to clarity which informs the listener of a soundstage that gets virtually recreated in or overlaid on the room. Sounds that originated at the back of a concert hall include cues which add to the mental realization that there is recorded space behind and beyond the loudspeakers.

An entry-level analog system can get away with limited dynamic response to be fine for modern pop and rock recordings as long as those weren't too compressed before being committed to vinyl. The more seasoned listener likes her dynamics intact and all the precise transients which rely on their acceleration. Proper attacks and decays enter the picture and add to the illusion of musicians being present in the room.

All these attributes of the desired sound are influenced by the turntable. Its plinth, platter and bearing, motor and motor controller, tone arm and cartridge all play at influencers. It is their combination which defines the final outcome because each individual component or part has its own sonic character.

At the time of this review, we were lucky to have a choice of two phono stages – our own all-tube Trafomatic Reference One and a solid-state Gold Note PH-10 with external PSU-10 power supply on review. Just like everything in audio, these phono stages have their own tonality which adds itself to the analogue source mix. Further down the signal path we used SPEC RPA-MG1000 as integrated mono amplifiers or our Audio Note Meishu integrated in combination with Avantgarde Duo Omega horns. When Audio Alto's LA17 active open baffle loudspeakers arrived for review, we used them with the Music First Audio passive magnetic preamp for volume control.

Almost all of our analog game relies on turntables with pivoted tonearms. But in our younger years we owned a B&O Beogram 4002. That was based on a mechanical tangential tonearm where a servo motor was in charge of moving the needle from the outer rim of the record toward the center. A second 'arm' equipped with a sensor located the edge of the record to determine its diameter, hence what speed to select automatically. This clearly was a design from before the 'high res" vinyl pressings that need 45rpm for 12" records. So when Bostjan Holc of Holbo asked us if we wanted to review his Air Bearing System with tangential tonearm—quite the mouthful but accurate—we answered with an enthusiastic yes.

Pivoted tonearms have their stylus at the end and traverse the record in an arc. Tangential tonearms complete with bearing and all move in a straight line from outer edge to extro groove. Record masters in fact are cut by a lathe whose cutting stylus moves tangentially to the record being cut. That's how the angle of the stylus in relation to the groove remains identical anywhere on its path. In a pivoted tonearm, the needle turns slightly in relation to the groove during its traversal of the record. That's its tracking error. A remedy that compensates for this error but not wholly is the bend in the tonearm; its offset which creates that signature J or S shape. But such bends don't undo the entire tracking error. They only spread out the discrepancy between ideal and practical angle across the groove's length. At the outer edge of the record, the error is largest. This decreases toward the middle where at a certain point the error becomes zero. Beyond that it increases again to the end of the groove. A side effect of the offset is so-called skating. Skating is the force that pulls the arm to the center of the record and thus forces the needle against the inner side of the groove.