Voce & SR1a. For a saucy vocal track to kick off such an elite tasting menu, I spun up one of Greece's immortals in George Dalaras leading a popular folk song made over with symphonic strings from his Pesto gia mena album. 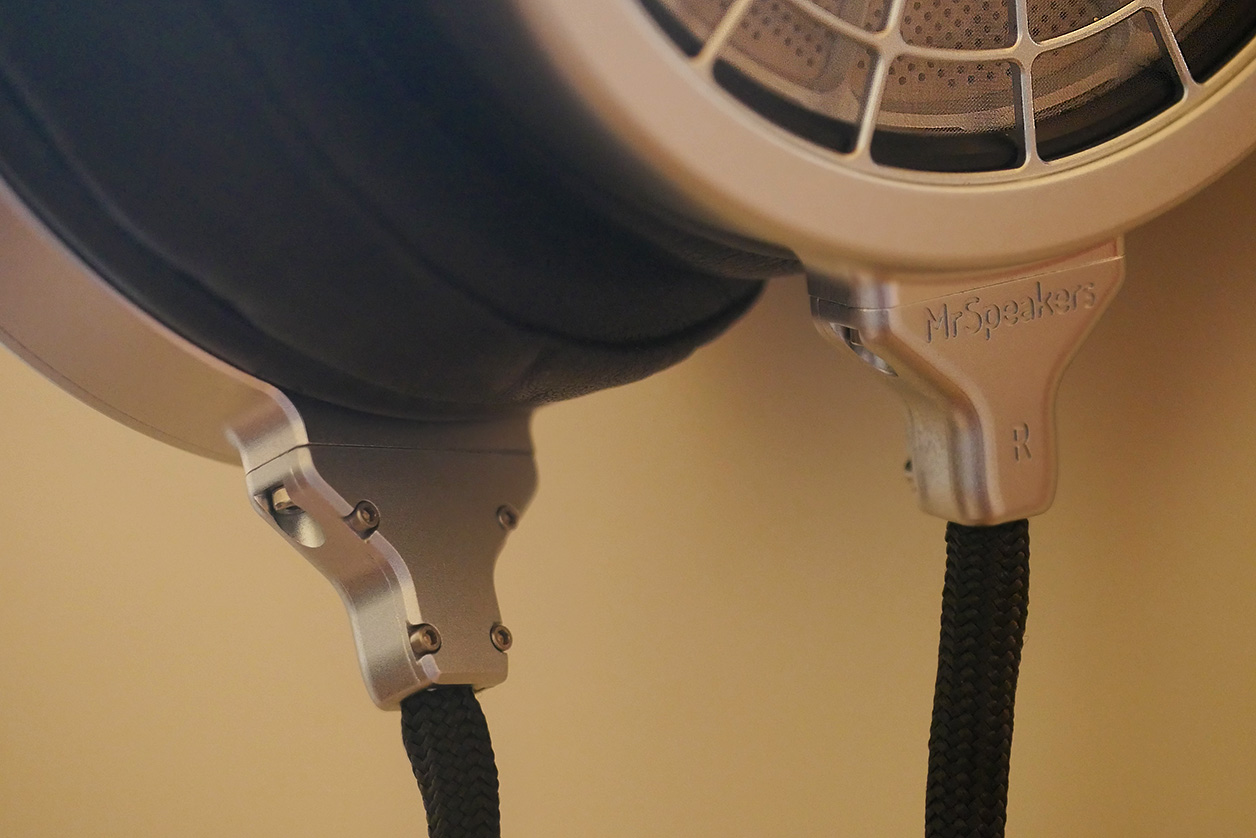 Here these headphones gave distinctly different readings. For starters, Voce's was prettier, softer and more genteel. Over the SR1a, the vocals of Eleni Vitali and George Dalaras were far more raw, wild and elemental, hence hair-raising. Giving the stiff Johnny Cash salute to can't-do-bass e-stat lore, Voce had more low-down weight. In fact, all of its textures were more viscous. My best attempt at a description calls them like atomized oil in tepid water. On the same score, the ribbons were pure cold water without any additives. Their dynamics scaled noticeably higher for more agitated inflections. Their entire bandwidth, top to bottom, was more lit up for higher resolution, more extreme separation and more unfettered directness.

The innate flip sides to this were higher sharpness and tarter pungency where the tamer more domesticated e-stats did it all more sweetly. They gave the proceedings the virtual silk or suede glove treatment. Contrasting circumaural to floating-baffle modes, there was no mistaking why the absence of even subtle ear-muff syndrome granted the ribbons even higher velocity and greater freedom from room effects. No matter how plush, ear cups are miniature rooms hanging off our ears which the Raal Requisite chuck entirely. It not only made for grander soundstaging particularly with their wings angled out ~30° but conveyed that more tacit finger-in-the-electrical-socket shock value. Naturally lesser music productions were less served by that and more ruthlessly outed for their shortcomings. The less intense magnification of the e-stat's plusher suspension presented a more agreeable ride without transferring every road bump to the driver's posterior if you will.

Spinning up the Mercan Dede remix of Burak Malcok's "Gege Geçer" from the Saklí Nefes | Hidden Breath album of what I call organic ambient—a decidedly non-robotic musical milieu of synths with pure acoustic instruments, here the Turkish ney flute and qanun lap zither—few speaker visitors for review will fully render the weight of the opening beats. Once even 25Hz paper specs face a room, promise and delivery diverge. Whilst Voce didn't have the raw power of Final's D8000 planarmagnetics when driven balanced off the COS Engineering H1, it went just as low and on LF amplitude out-did the ribbons. Likewise for the very tail end of the descending sweep at 2:37.

On bass articulation meanwhile, Voce retained remnants of 'port bloat' whilst SR1a did open-baffle zero-box dipole bass. Unless you've heard it, you won't fully understand the difference. The vast majority of loudspeakers today do it ported. It's the bass most of us are used to, imprinted by and consider right. Whenever Burak accelerates air flow over his end-blown flute to go full throttle, the ribbons didn't attenuate the signature white-noise halo enveloping those jubilant peaks. The electrostats blended out some of the hash. Once again this made for a prettier smoother reading. The ribbons' keener resolution did a better job of tracking and localizing the channel-switching female vocal snippets throughout and the faint location din which seeps into the tune's final stretch. 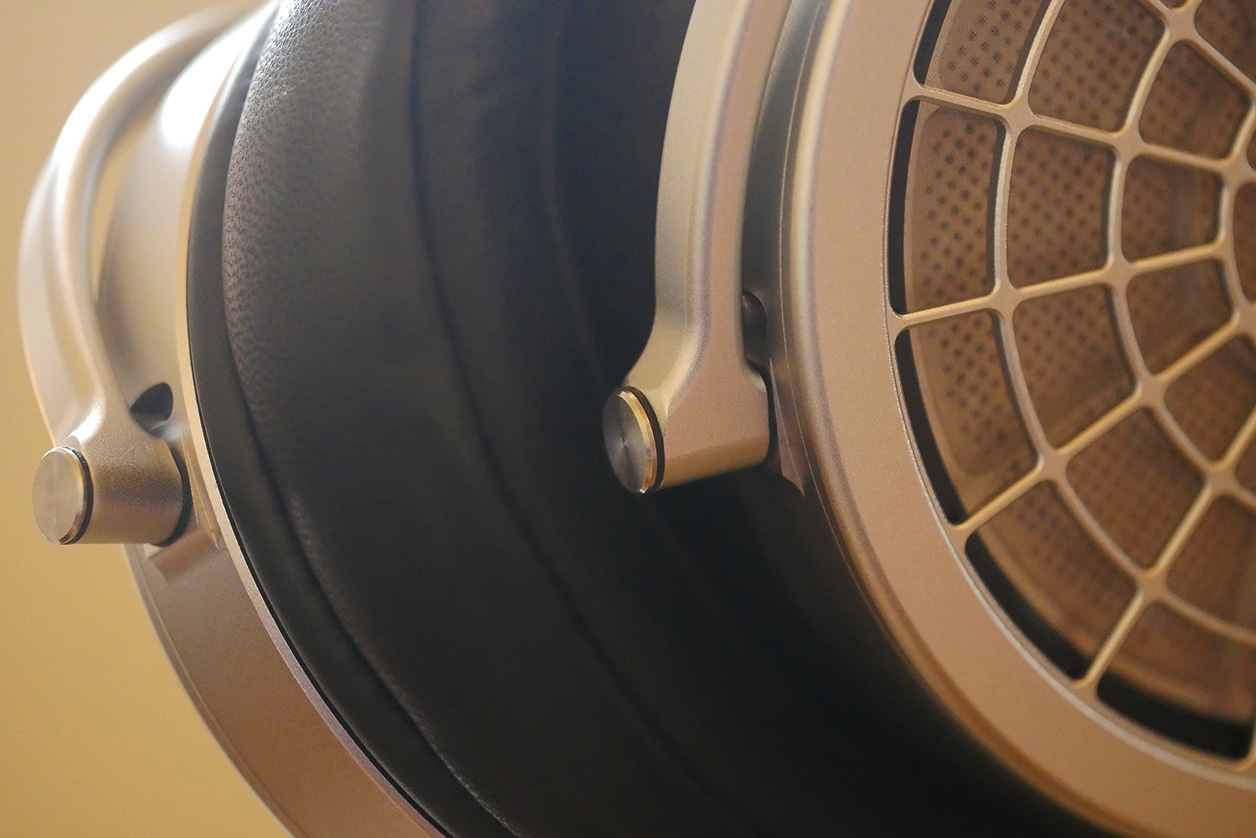 To recap, the e-stats were softer, warmer, smoother and what I considered to be prettifiers. The ribbons were the more direct, uncut and dynamic, also the faster, sharper, more resolved and even more 'out of the head'. On bandwidth equivalent, Voce was a bit weightier/bloomier in the very bottom, SR1a even more extended and crystalline on top. In this game of course, being right is simply that which you prefer. However, contrasting the two still suggested that Voce had been strategically voiced or tuned for a particular effect whilst the Raal Requisite was about eliminating energetic buffers between signal and ear drums. But then I could only hear Voce with the Blue Hawaii SE amplifier. I could not triangulate different amps to extricate a notion of self sound isolated from ancillaries as I've done extensively with the three other flagships under consideration. That was the inherent limitation of this assignment. With that acknowledged, these sessions suggested two different job descriptions, two different aural aesthetics, two different listening experiences. If the Raal was about near-field adrenalin and jump factor, the MrSpeakers/HeadAmp pairing was about spacious mellifluousness. To represent their respective aroma, here are two tracks.

The first is from Indialucia's Atacao album to represent rhythmically/dynamically agitated angular music and the Raal Requisite. The second is the opener from the Taksim Trio's 3rd album. Its mellower more elegiac reverb-rich atmosphere represents Voce powered by tubes.