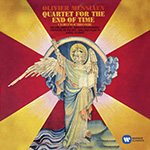 Quartet for the end of time – not by Olivier Messiaen.

Having mentioned the hardware for my contrast sessions, here are the two setups I had. To keep its box count down, the ribbon system used the COS Engineering D1 with precision analog volume control as DAC/pre receiving S/PDfits from a Soundaware A280 used just as .flac-loaded SD card transport. With both XLR and RCA outputs, the COS drove the Job 225 single-ended, the Blue Hawaii SE balanced simultaneously. This made for a superior if costlier front end than the legacy AURALiC Vega DAC whose digital volume would meet the high-gain Swiss amp deep inside its lossy range.

Across the room, the chain was Soundaware D100Pro SD card transport into a Jay's Audio DAC2-SE serving the Bakoon AMP-13R whose true variable gain circuit eliminates a preamp. Here too the DAC fed the Bakoon single-ended whilst the Blue Hawaii ran in parallel off the XLR for again instantaneous A/B. 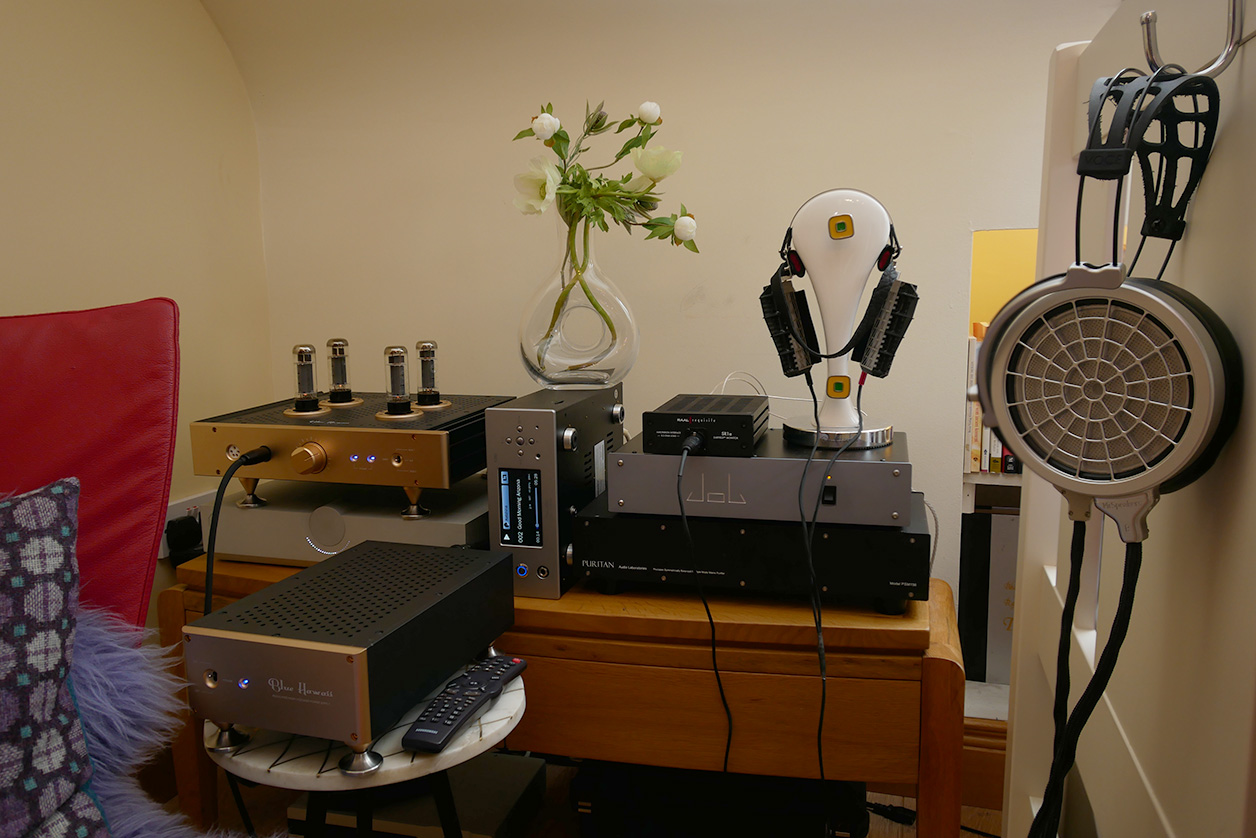 Power to the lot was provided by the Puritan Audio Labs PSM156 AC/DC filter.

For my purposes, this was sufficiently upscale for the headphone end times. Extremists of course willd escalate to dCS/MSB-level sources. Here everyone has their own breaking point. Mine hits with über-priced digital. Obviously the sky's the limit. Particularly the SR1a scale up noticeably with rising amplifier pedigree. Dedicating our XA-30.8 to this task is simply beyond the pale despite sounding brilliant; and the Bakoon not powerful enough to do the same job. So the affordable Swiss it is. 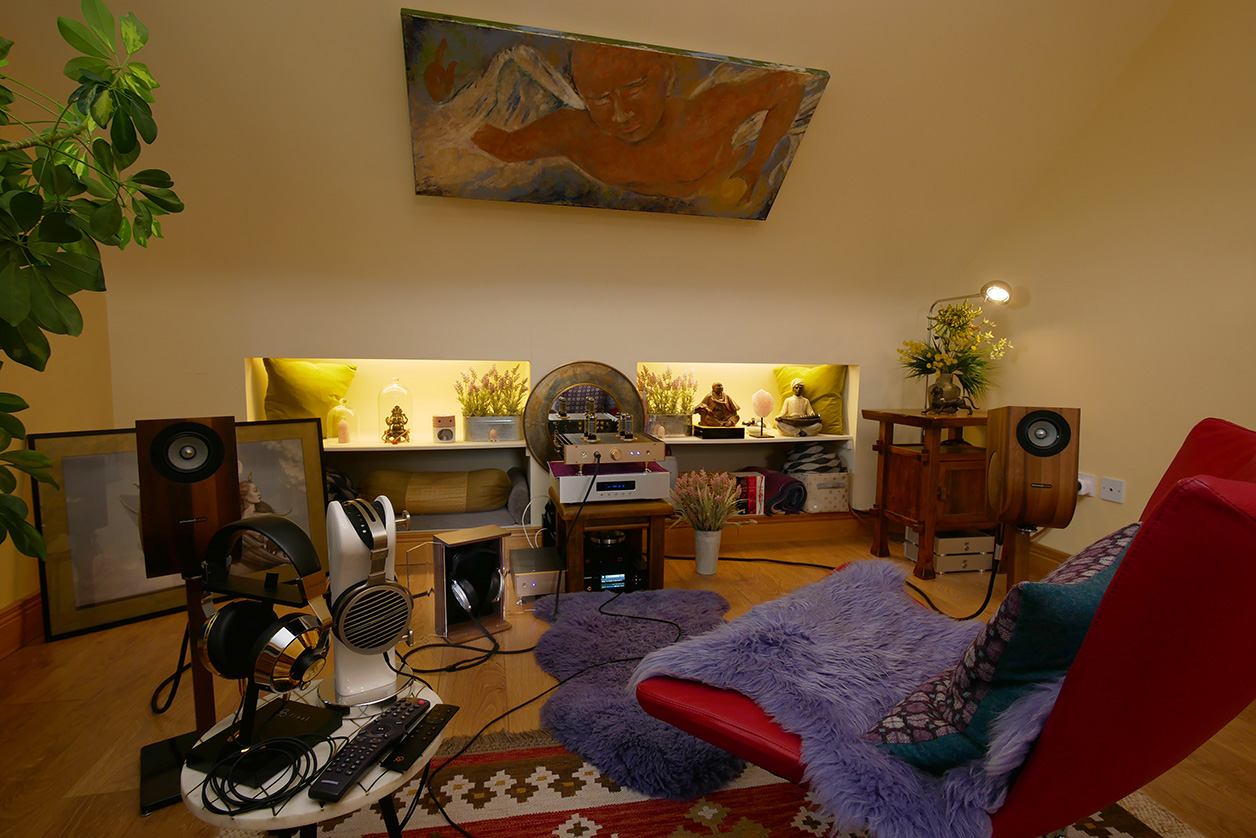 Here Voce shows in its included altar with winged plexi doors and wood box for probably the classiest protective support of any current headphone.

In the context of e-stat lore, in an interview Dan Clark explained that with Voce, he didn't pursue the 'more detail than life' route which, though perfectly valid for resolution-first listeners, wasn't his personal goal. He looks for an immersive experience which coherently renders in particular the human voice. He is critical of voicings which lead to artificial breathiness and elevated upper harmonics. He listens for proper chestiness and larynx/mouth cues and whether playback renders a compelling illusion of an unamplified human voice which takes up space as a believable presence. 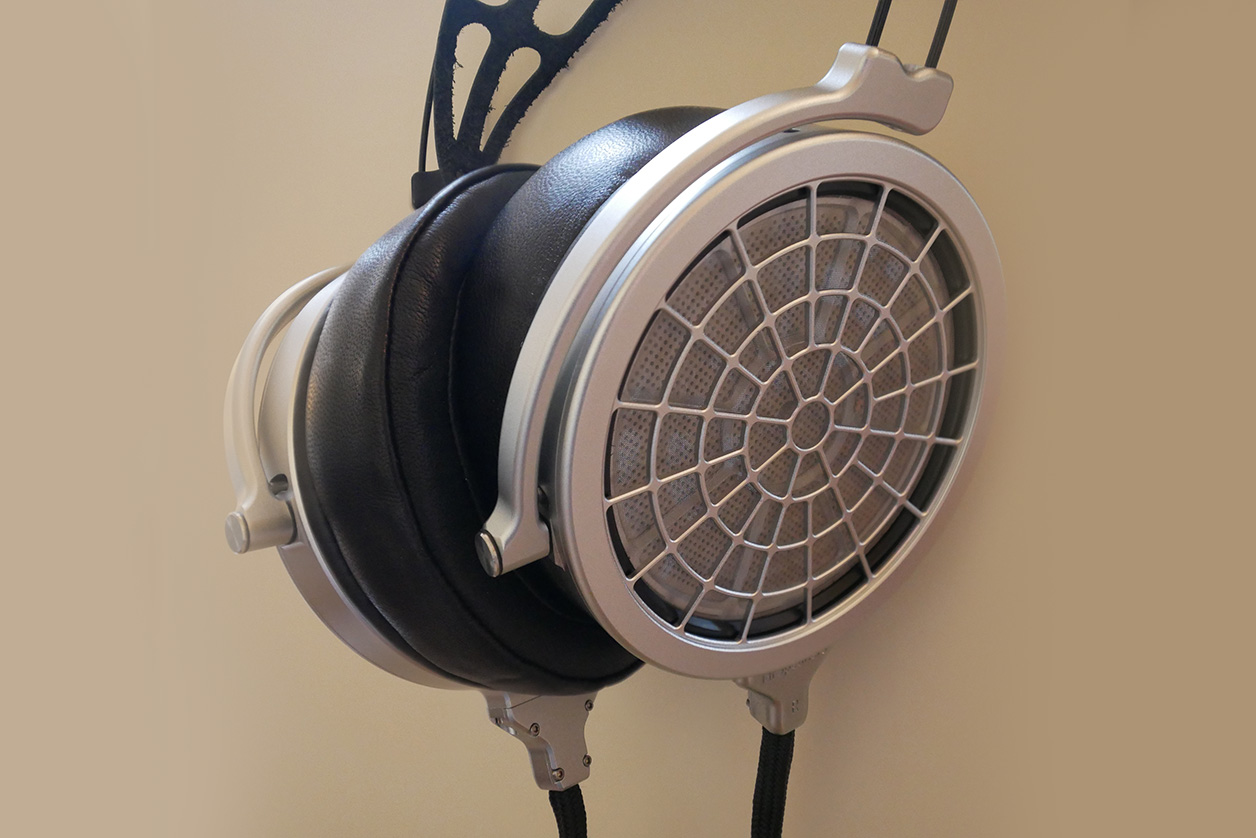 Before going into the first sampling session, it's important to state the obvious, namely that by contrast to the ribbon earspeakers, the e-stats were physically lighter and far more sharply styled, i.e. didn't look as though culled from the Mad Max props department. That said, the furry edging on Voce's leather headband was less slick than the rest of the SoCal package.