Morse code disco style. Unlike our Danish sub, Grimm's make no pretensions at mechanical isolation. Our Dane I'd still upgraded with multi-layer Hifistay ball-bearing isolators to play graver disruptors to sinking resonances into the floor. With the Dutchies set up firing up as advertised, that action turned 100% into very effective coupling. So it only took some Mercan Dede remixes with phat club beats and hello, obnoxious mechanical feedback from the floor which fell sluggishly behind the beat. Rather than stick costly footers onto already very dear subs which should arrive with all the necessary accoutrements, I set them upright. That undercut the mechanical energy transfer from the most active cabinet surface i.e. the panel facing the rear of the woofer to take its full brunt. My wife in the room at the other end of the same corridor stopped complaining. Now the woofer orientation also matched those of the monitors. 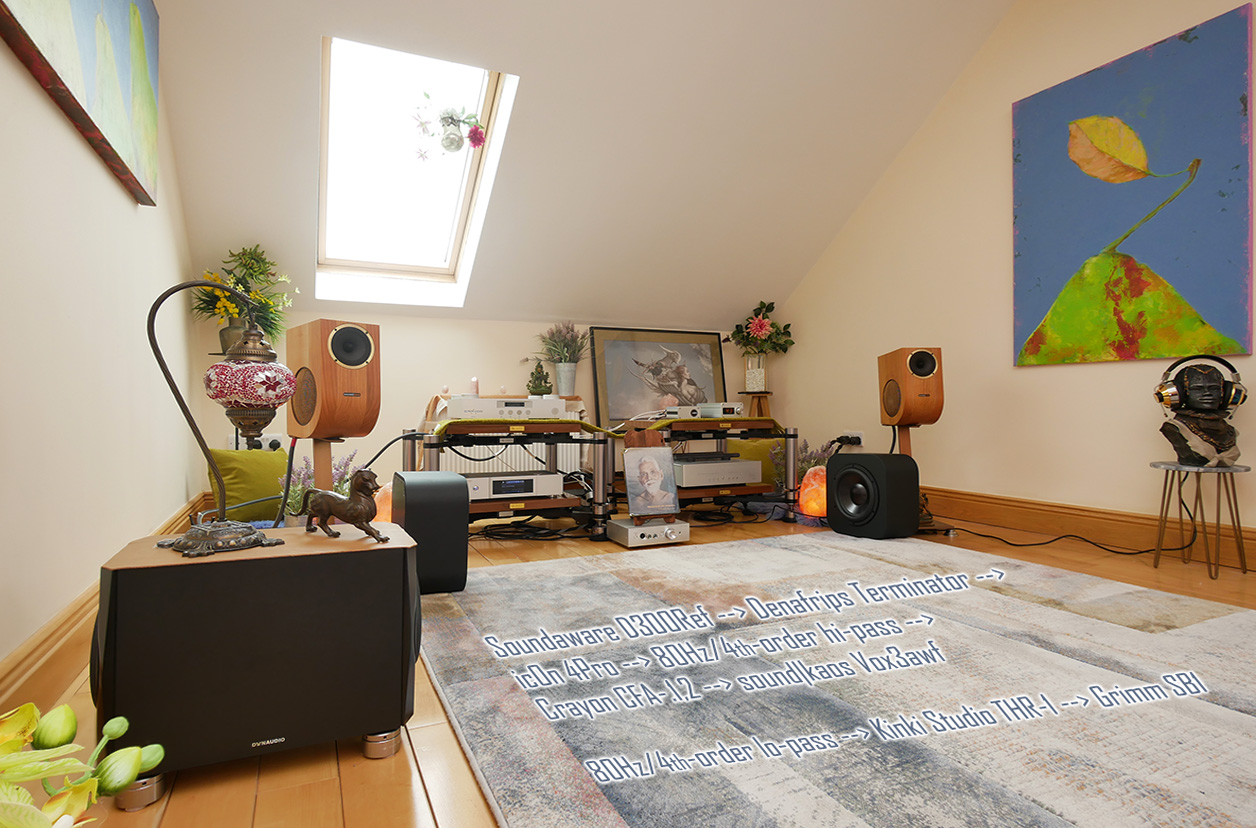 If I were Grimm and really interested in adapting my SB1 to the general 2-channel populace—so not be lazy by just adding a tiny filter defeat toggle then call it a day—I'd combine two SB1 back to back into a force-cancelling cube. I'd add proper isolator footers, a white option, RCA inputs, a variable low-pass filter with bypass and attenuator. If the latter two functions could be remote controlled, even better. For now, we've already acknowledged that the SB1 is functionally crippled for non-HT users who must bolt on their own LF gain trim and filtration. So let's focus on why Grimm should give us a general-purpose version of their present special-ops design: performance. Because that's where they have something special as is.

What's the most essential yet elusive quality ideal playback bass ought to have? Perfect textural equality with the midrange. We should hear no difference as sounds descend into the bassment. The lighting shouldn't change. The ambiance of the virtual midrange apartment with its carpets and wall art shouldn't morph into a cellar's bare reflective concrete. The midrange's clean well-aired living quarters shouldn't become damp dark recesses bedeviled by dirt, grime and spider webs. It's colorful language to make a point. All of us are familiar with actual cellars or underground parking garages. We can easily visualize the descent and how the environment's overall feel changes. In audio terms this isn't about a flat response. We might actually prefer a slight linear rise. This is about continuity of feel. We could also call it equality of damping. As that which makes it so, we might see control. Nobody ever gushes about how well controlled a tweeter or midrange is. Small drivers loaded into sealed sub chambers tend to not really misbehave until one grossly overdrives them. To even get there tends to be well preceded by obvious bass distortion. That's where control gets challenged. That's where keen listeners notice more or less control, more or less deviation from consistency. Hyper control from overdamping is just another aberration. It turns low sounds into relentless jackhammers whilst the vocal band plays a different tune. Again, the ideal is no difference. We can call it seamlessness applied to the textural not amplitude response. 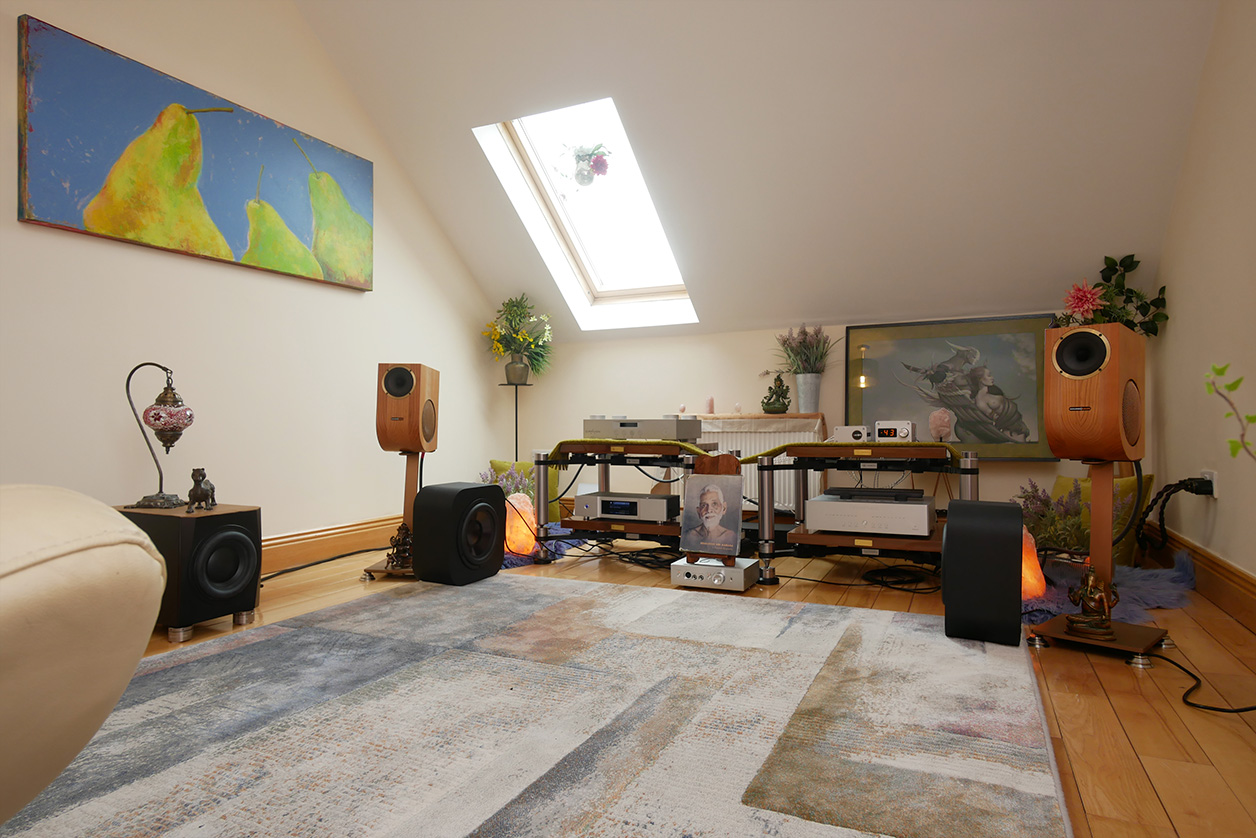 Again, the forward location of our sub compensates for its digital latency while the Grimm subs needed none.

This segues back neatly at the audio koan of what the sound of superior control is. It's about getting closer to no difference and in this case, doing it without EQ or room treatment.

Let that sink in to fully appreciate the impact this would have on your listening experience. It's about having bass that's less different from the rest—most likely a lot less—than you're used to. Not what you expected? Then you haven't yet given the subject sufficient thought. At the end of the day, that's the real challenge. It's about having music walk the frequency stairs up and down without ever changing its feel. However that sounds stays in place regardless of frequency. We're not flipping between well-damped room to church and back or any variation thereof. We're staying put; which is to say, our musical textures do and with them, sonic consistency does. It reads like a small very secondary thing but is, in the hoary words of TV chefs the Hairy Bikers, "mega"!

As to not changing, we'll now do exactly that by moving into my new downstairs listening den.