Our Feickert Blackbird sits on the same massive cherry wood table we use as equipment rack though on a Franck Tchang Acoustic Systems sub shelf. We had a second of those shelves and put that under the Mediterraneo only to find no difference in sound. This confirmed the measures Gold Note took to isolate the turntable from unwanted micro vibrations as being very effective. Another indication we got for outstanding vibration control was that playing with the dust cover open, closed or detached made no difference other than cosmetically. 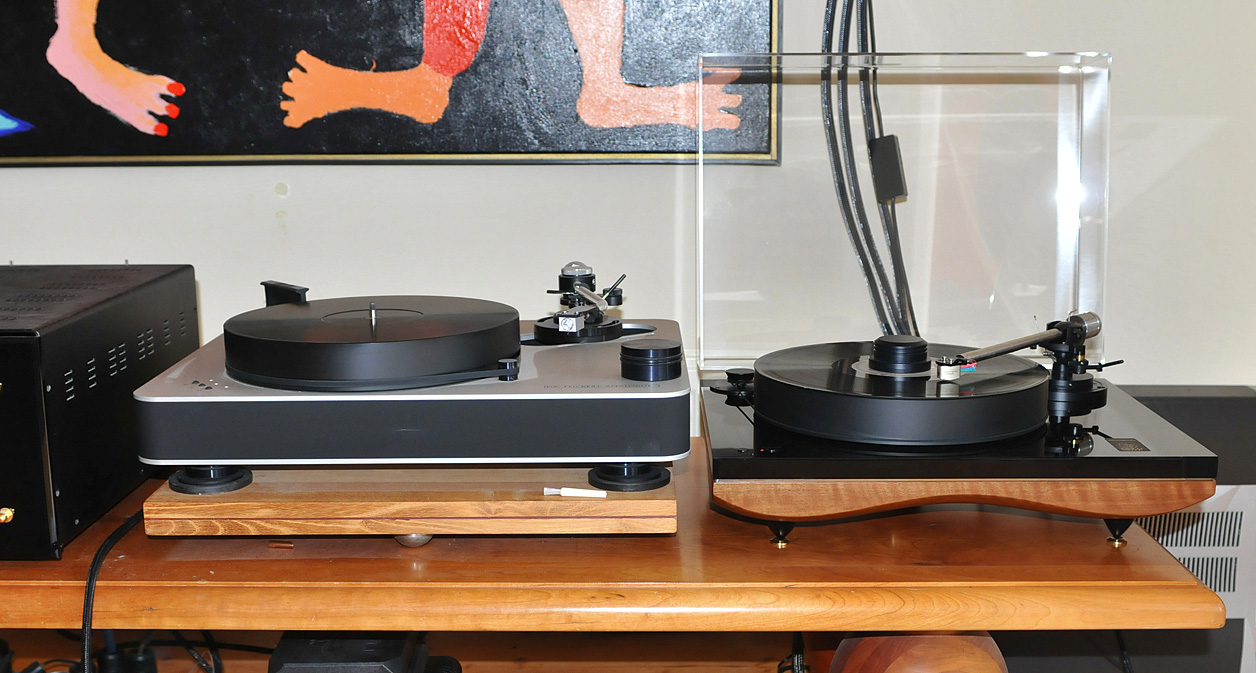 The coin dropped when we played The Rite of Spring with the LSO under Eduardo Mata. Playing Part I with the Gold Note puck installed and right after without it exemplified the difference. With the puck installed, the overall sound was a little subdued and polite, the extra sparkle softened. Without the puck, the sound became more upfront, slightly daring and fresh though the lower regions lost a little presence. We now recalled that something similar had happened to our Blackbird back when. At some point designer Chris Feickert had shipped us a new improved record clamp. His screw to the spindle. Why not use one of these as puck for the Mediterraneo?

Compared to the standard Gold Note puck, both Feickert versions fit tighter over the spindle tip. The Italian puck had some play. The Germans are intended to screw down on the threaded Dr. Feickert spindle but had no problems with the smooth Gold Note tip. All three pucks at our disposal weighed roughly the same; 210g for the Gold Note, 224g and 227g for the Feickerts. Now the improved Feickert puck appeared to do the magic. With our small hesitation out of the way now, we re-played the Leonard Cohen album and were indeed happy with the sound. That small added intensity or bite made the difference. 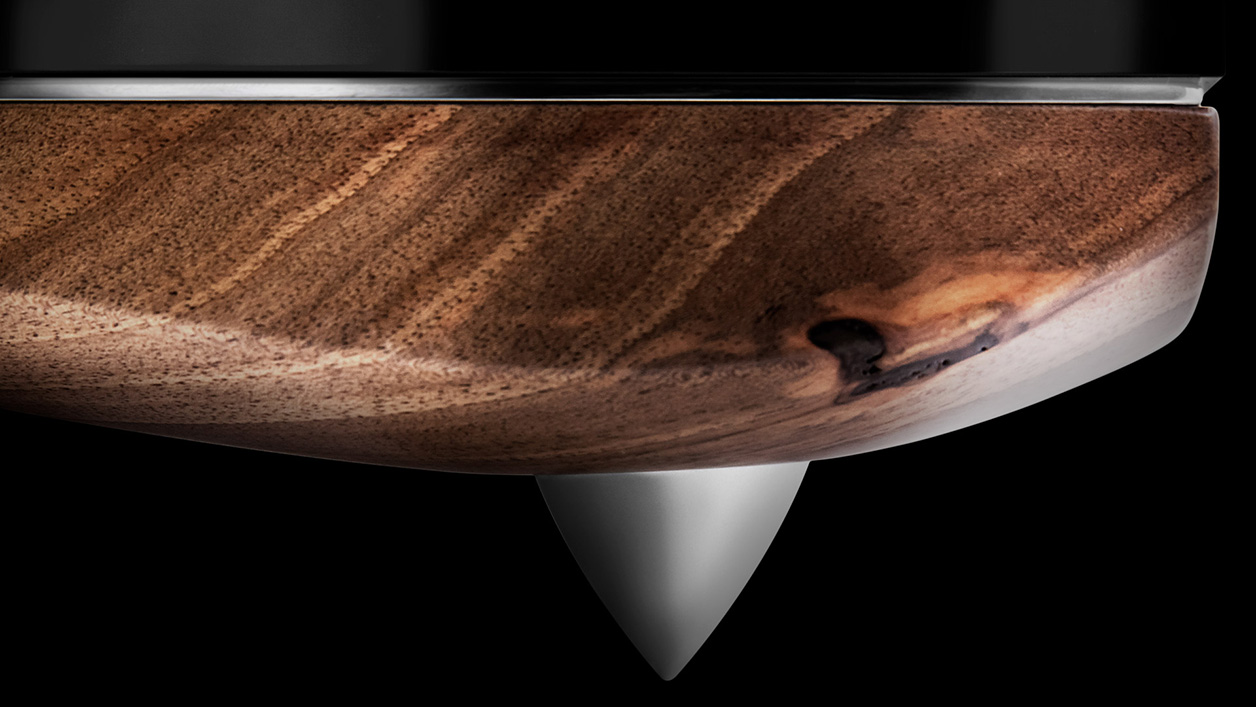 It compares apples and oranges but the Gold Note Mediterraneo versus Dr. Feickert with DFA 1o5 arm and Zu DL-103 cartridge had a character very well suited to all manner of acoustic music. Small ensembles, Jazz and classical alike presented with a tonality which underlined the respective material of the instruments. Bowed cello and upright bass were deep and warm while their relative sizes portrayed realistically. The virtual aural image of a piano felt very life-like from pianissimo to forte. Transients rendered fast and instantaneous and decays portrayed a good idea of the recording venue. Dynamics handled very well though the Dr. Feickert Blackbird proved a bit more eager in this regard. That was particularly evident with electric Jazz and Rock (provided a recording wasn't squashed by compression). 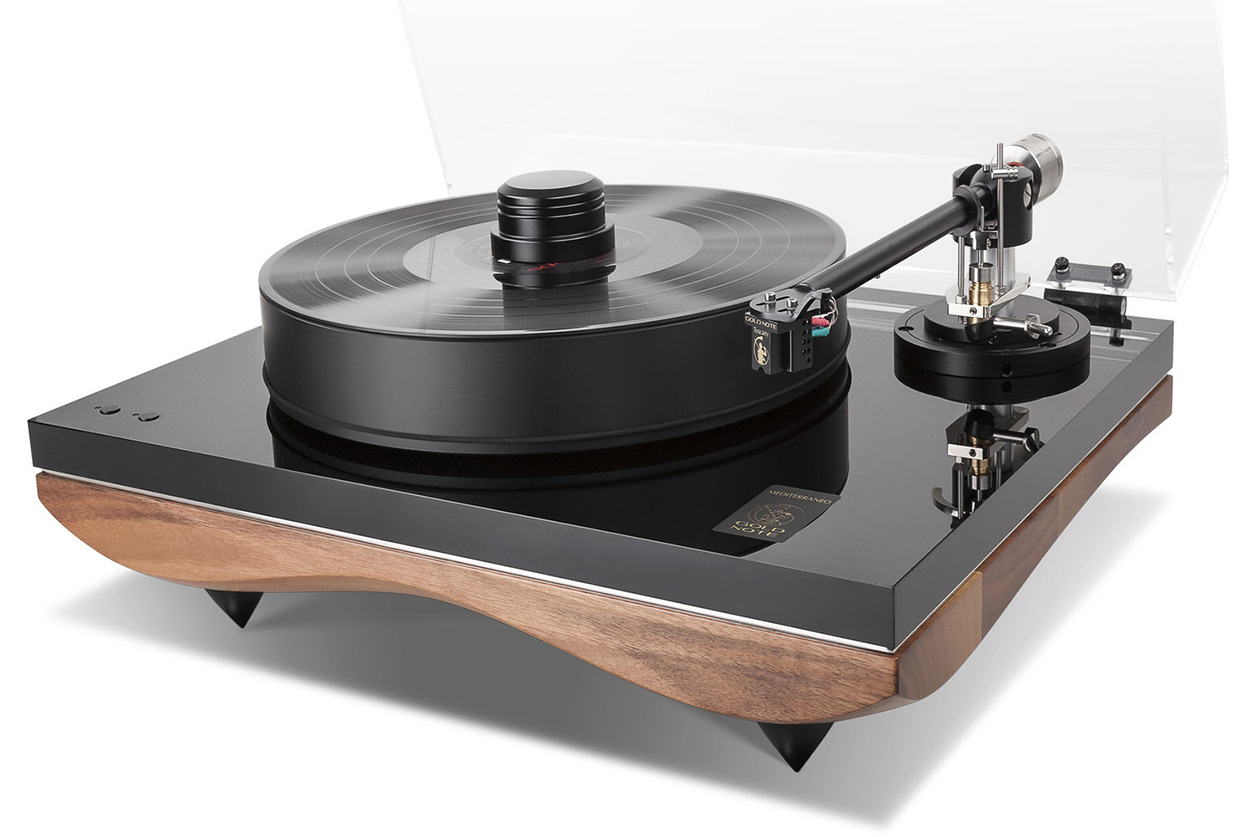 If you want a turntable with great looks, easy handling, practicality and a great sound, you really must consider this stunning Italian. All the technical stuff tucks neatly out of sight and all the necessary anti-vibration measures were applied in the most elegant way possible. Looks and brains combine to offer a great musical experience.