The 'but' this time was price. Again, I viewed it as suspiciously low. This of course wasn't bad per se. On the contrary; as long as it performed. The tricky part was Fidata's pricing in general. Their streamer almost breaches five figures. Their €860 LAN cable surely can't be labeled a bargain. Today's one-meter HFU2 sells for less than half of what its Ethernet LAN sibling gets. I felt a bit lost. 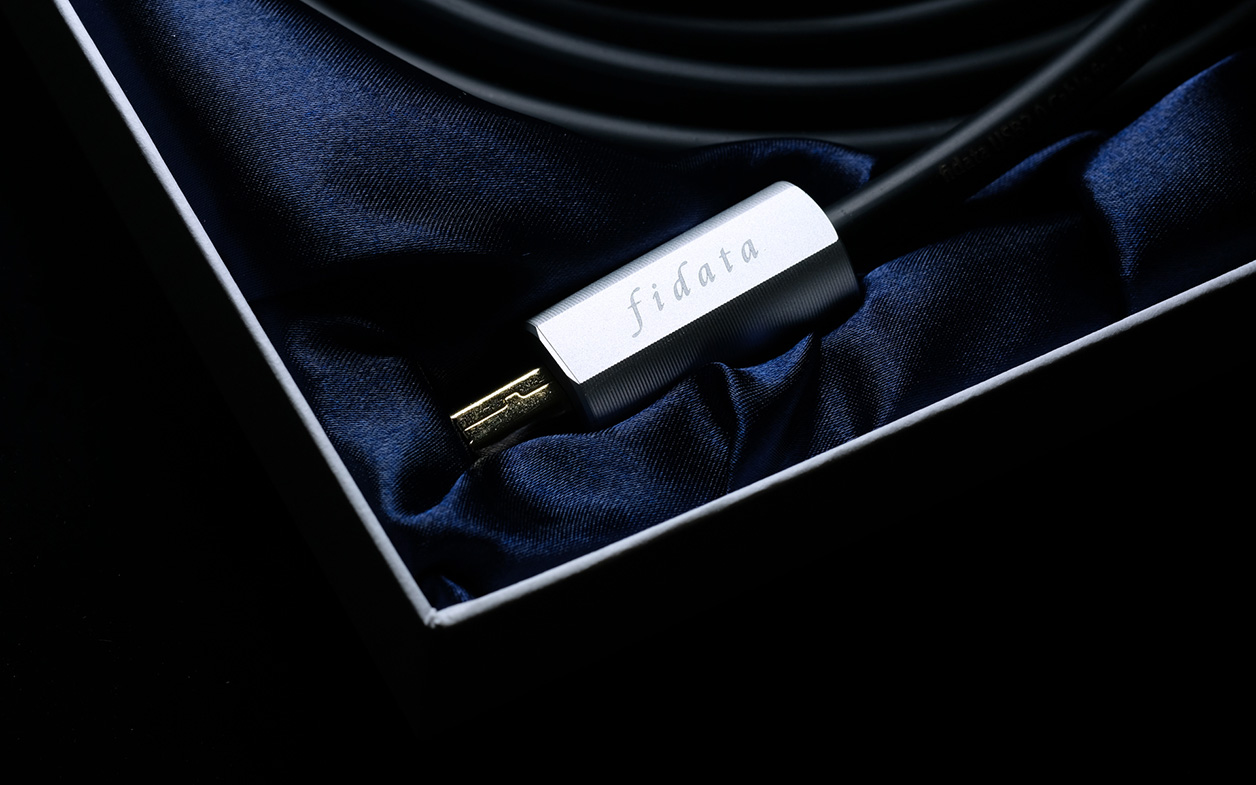 Relative to competitors like Curious Cables and Luna Cables, it was of course right on target. More affordable items also appeal to a far broader audience than luxury goods. The HFU2's positioning should introduce Fidata to a new audience in the digital realm who afterwards might be more inclined to consider their costlier offerings too. At least that to me seemed to be the strategy at work here when nearly everyone today needs a proper USB cable.

But it still arrived dressed just as nicely as the HFLC had, in a velvet-lined box with warranty and test report cards. The Fidata HFU2 is a class USB2.0 cable and my loaner arrived as a one-metre sample. Though longer specimens are available, I'd heard several times already that for USB, 1 metre is the silver bullet which performs better than 2 or 3 metres though nobody has been able to explain to me why.

As a standard USB specimen, the Fidata HFU2 caries a USB type A plug on one end, a USB type B on the other. Both are gold-plated. Their casings are CNC-milled aluminium and quite heavy to reduce vibrations and improve contact seating whilst a small channel through the body is claimed to block incoming loop noise. The cable's diameter is 7mm with two twisted pairs of 24-gauge silver-plated OFC copper strands inside. The 5V power and data conductors run separate and are independently shielded. Fidata's outer insulation is branded similar to their LAN leash. The cable was flexible, easy to use and felt very much of high quality. One subjective thing missing was a final multifilament jacket. Rubber insulation doesn't do it for me and I'd had the very same issue with their HFLC.