Markings. To wield the old audiophile yardstick of femmy vocals, Anna Marie Jopek's "W polu lipénka" opens her Ulotne album with Branford Marsalis. This made for a break from the typical repertoire of sultry overplayed Jazz standards which John Darko's "cashed-up aging white dudes" fancy. Versus listening over the Final D8000 planarmagnetic 'phones on my work desk's balanced COS Engineering H1, the Ludos presentation dug demonstrably deeper into the reverb trickery which surrounds the opening violin. Particularly around the subsequent vocals, this reverb occasionally zig-zags flashy halos like the lateral lightning we used to watch from our beach house over Coral Bay in Cyprus.

For complex string resonance, Renaud Garcia Fons on his signature 5-string upright bass and Claire Antonini on at times enormous lutes explore shared sonorities on their Farangi album. This  exhibited  believable instrumental sizing as referenced by the next photo.

This puts lie to notions that lutes are just dainty medieval instruments of subdued plink-plonk output. The dispersion pattern of Ludos proved beneficial to render these two very long-stringed instruments redolent and deeply hued rather than pinched and dry. Aside from the aforementioned gush factor and even-tempered bass which overrode the room's usual reactivity, tone in capital marquee letters really struck me as the third key attraction of Ludos listening. 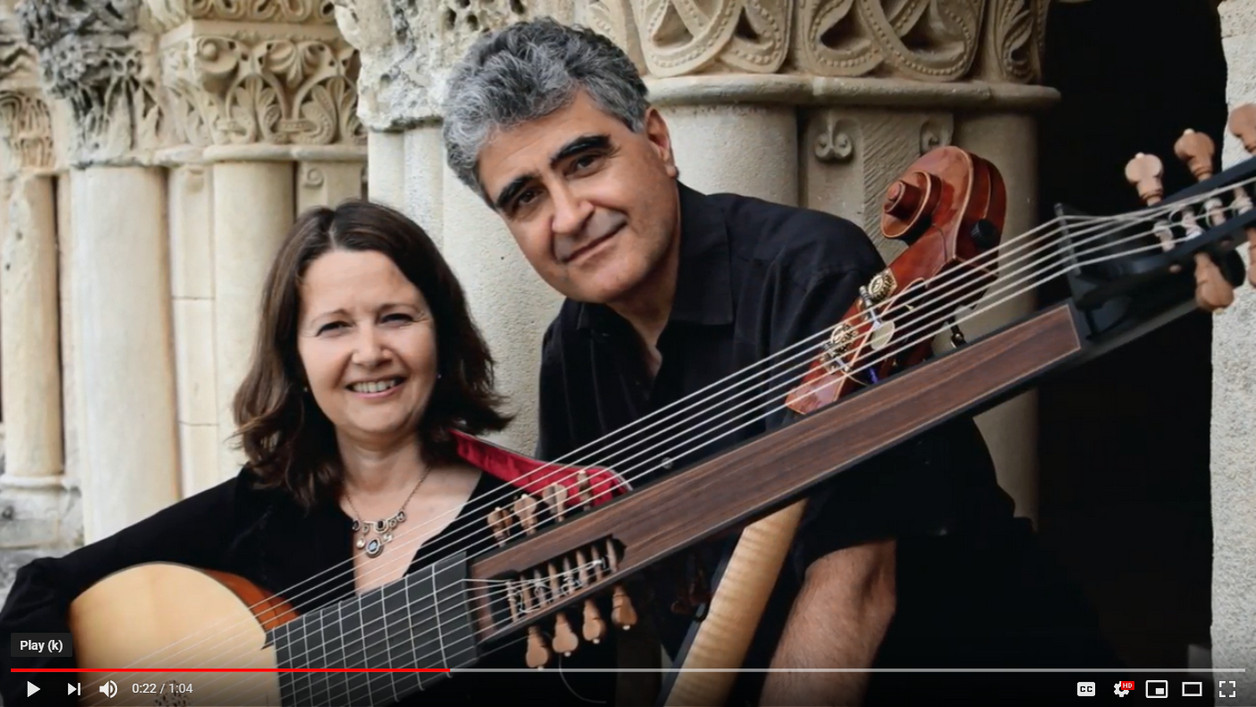 Involving more of our room like what an empty bath room does for our untrained timid voice when we first move into a new home plainly makes for richer tone. By contrast, more directional monopoles  and very directional horns do it thinner and leaner. The obvious upshot? If you're into maximum separation and precision sorting, Ludos won't be your ultimate choice. The reverberant ambient field which audiophile concert goers in balcony or far seats are immersed in is about a different aesthetic. In my setup and just for a rough pointer, I'd estimate that effect at about row 8 so neither excessive nor barely there. When I first had the speakers in the usual monopole spots, I'd inadvertently moved myself into balcony-seat turf. For my biases, that decay length was excessive. So mere setup controls some of it.

Ludosity. For our present room, this smallest of the Diesis models was cosmetically and sonically ideal. Anything broader would visually obtrude. With our household's Zu Submission sub already nailing a tight sealed 20Hz of class D-powered/EQ'd bass to the floor, another 10-15 cycles of extension from 15" or 18" woofers only to double speaker width yet still not match the Zu wouldn't be attractive by any stretch of the imagination or baffle. If we bought the review loaners, we'd only swap the padouk for white Corian baffles and the black for matching white horns. Sadly, collecting loudspeakers is far costlier and also exponentially tougher on stowage than keeping various headphones on hand for a decent reviewer's tool box. Consider me seriously tempted however. Our speaker collection doesn't include any open baffles yet. 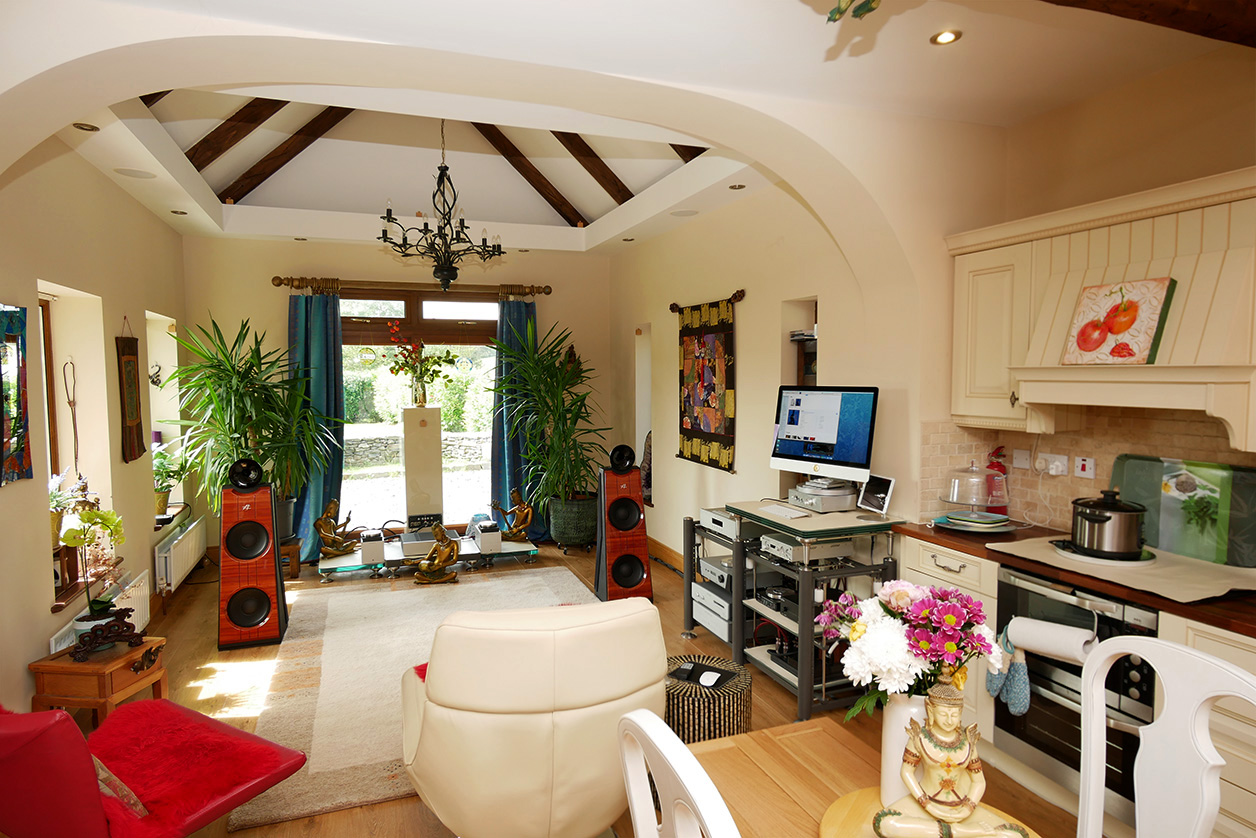 To wrap up with a track that represents many of the special Ludos aspects, consider the opener from Karim Baggili's Part 2 of Apollo You Sixteen. One doesn't want the floor-bending stomps and bass beats to blur the fine guitar fingering with box or room resonances. Neither does one mean to soften the actual bass power which for this flamenco style is quite bullish. To capture all the rhythmic intricacies with their constantly needling transients, one needs taut stop'n'go power. To not default into peppery but thin PRaTiness which prioritizes leading edges over persuasive tonal bloom, the natural effect of dipole radiation then wraps it all up with a bow.

Aesthetically, the speaker's properly covered tail end successfully defeats decorator complaints that the mechanical/electrical bits hang out for all to see whilst geeks can run them exposed like a fairing-less motorcycle.

I thoroughly enjoyed going for post-show seconds with my Italian visitors to the emerald isle. Properly scaled down over the big Roma Triodes, they indeed suited our far smaller room over the Marriott's conference space to perfection. Thus my fond memories of the HifiDeluxe found themselves revived and confirmed despite parma ham and robust wines being conspicuously absent. Have your audiophile exploits hit not meno but monopause? Have you never had a go at dipoles to be stuck on conventional monopoles? Now you really owe it to your ongoing education in our hobby to have a listen at least once. Like SET, horns, widebanders and electrostats, OB are a rite of passage. They're of different stripes and spots but very effective with their own distinct strengths. How can one know what we'll fancy the most if we haven't explored all of the core flavors and approaches to speaker designs first?

From what I've heard, the Diesis Ludos is a truly superior option in the open-baffle category which remains cosmetically and acoustically appropriate for medium-sized rooms. I'm very glad to have had this opportunity to advance my own audiophile education on this score. Thanks to Giuseppe Gabbarini and team for their most compelling loaners… 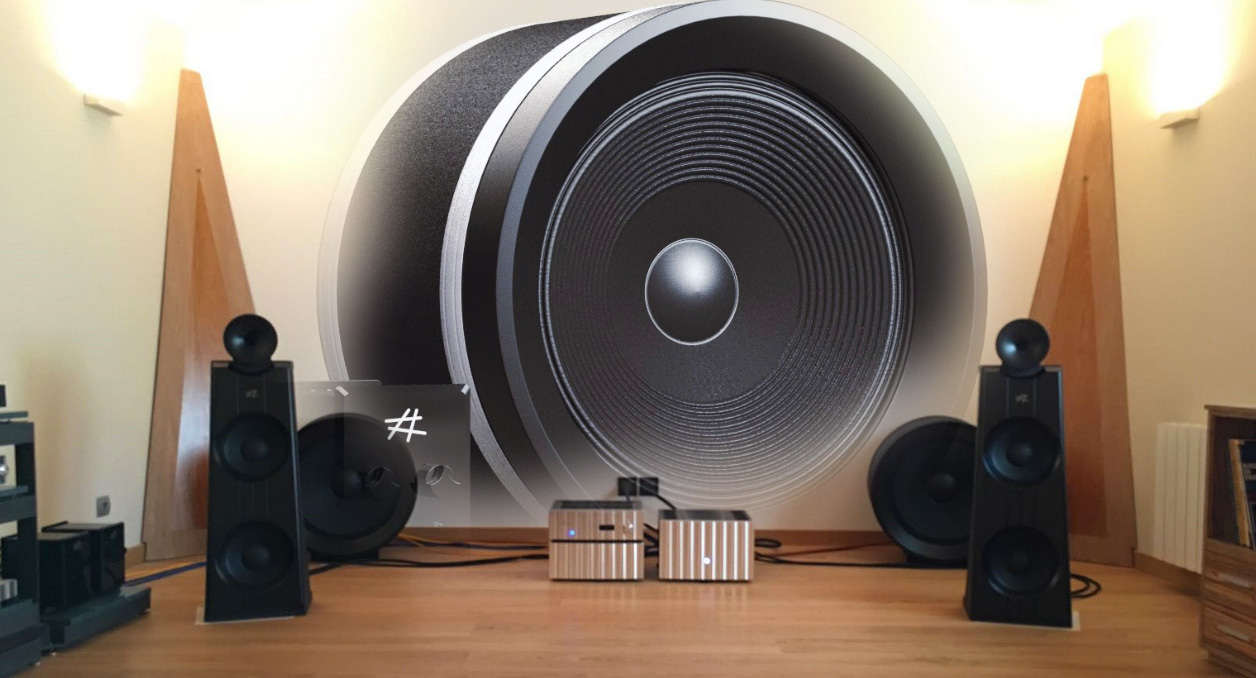 Diesis comment: I read your review of our Ludos carefully and am very satisfied, congratulations. I must admit that despite the short time you spent in their company, I heard from your words a certain transportation. I certainly recognize some aspects that easily leap to your ears and that you describe with much competence without exaggeration or forcing, even their limits which were set by us not to compromise their spontaneous and authoritative character in the portion of the most important frequencies. You may have noticed that our 21" dipole Bonham subwoofer was born to assist the first octave of our systems in larger environments or with more complex music. With great estimation, Giuseppe Gabbarini. 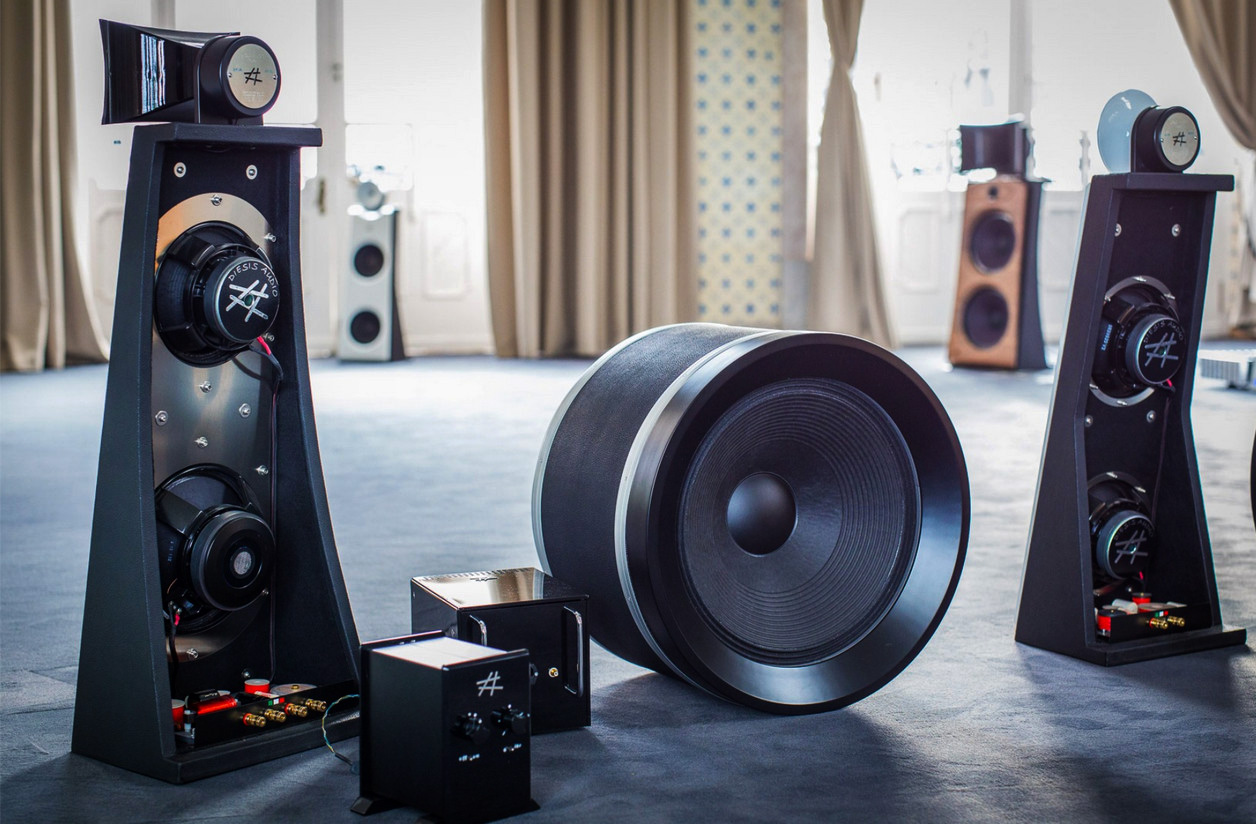