Luddites. In the 19th century, those were an oath-based secret organization of English workers who destroyed textile machinery as a form of protest against their use in a 'fraudulent and deceitful manner' to circumvent fair labour practices. From that derives today's meaning of a narrow-minded person opposed to new tech. Switching from our usual direct radiators to dipole Luddites or Ludossi, the standard speaker spots proved too far from the front wall. That placement perfect for monopoles created too reverberant and swimmy an effect. Moving the open baffles closer to that wall canceled it. 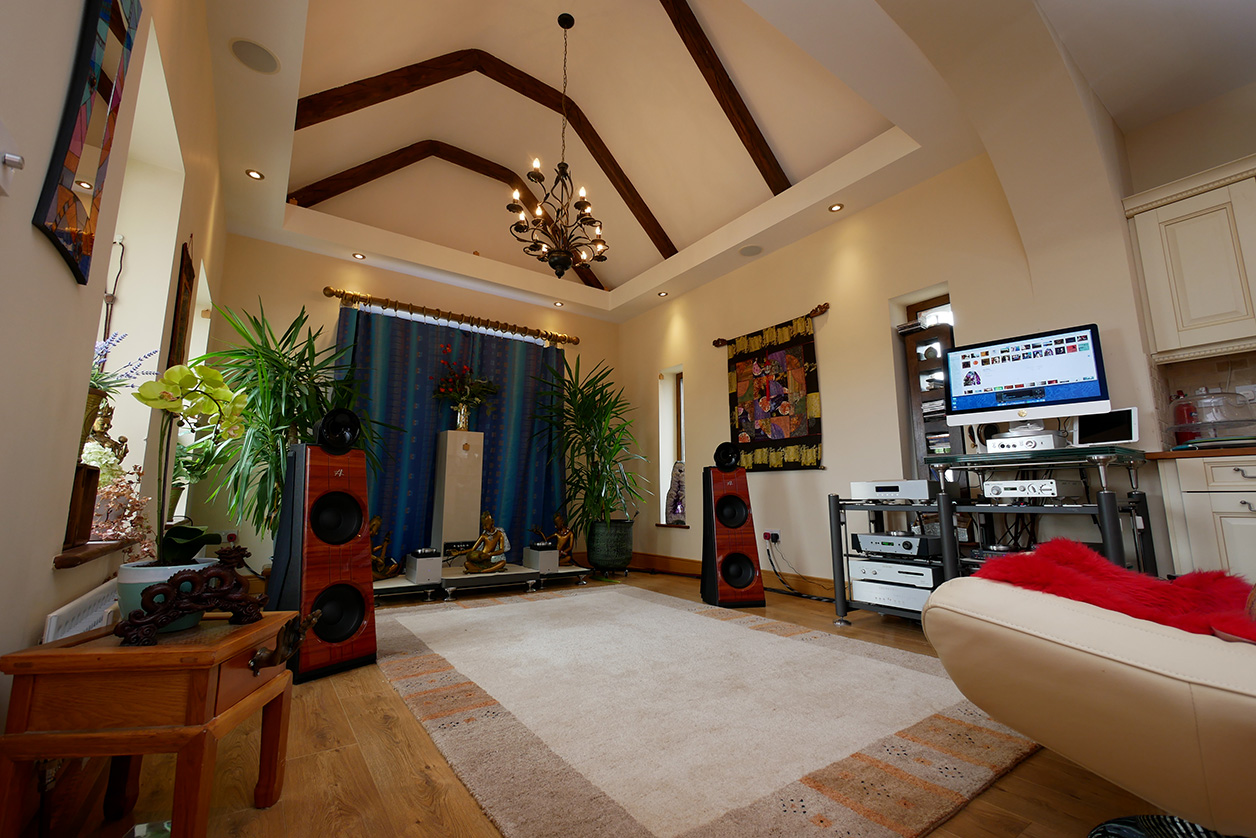 Next was bandwidth. In keeping with my experience that regardless of woofer size, passive dipoles won't breach the 30Hz barrier, the smaller bass drivers and narrower baffles of Ludos wanted a small helping hand. Our Zu Submission sub to the rescue. ~55Hz with a 6dB/20Hz boost fit the bill. The final to-do item was a forward presence/lower treble zone as though spherical horn and a 10" woofer used as a midrange bundled too much. The compression drivers and upper paper cones didn't want to fire directly at the seat as I first had them. So I reverted to zero toe-in as shown in the following photo. 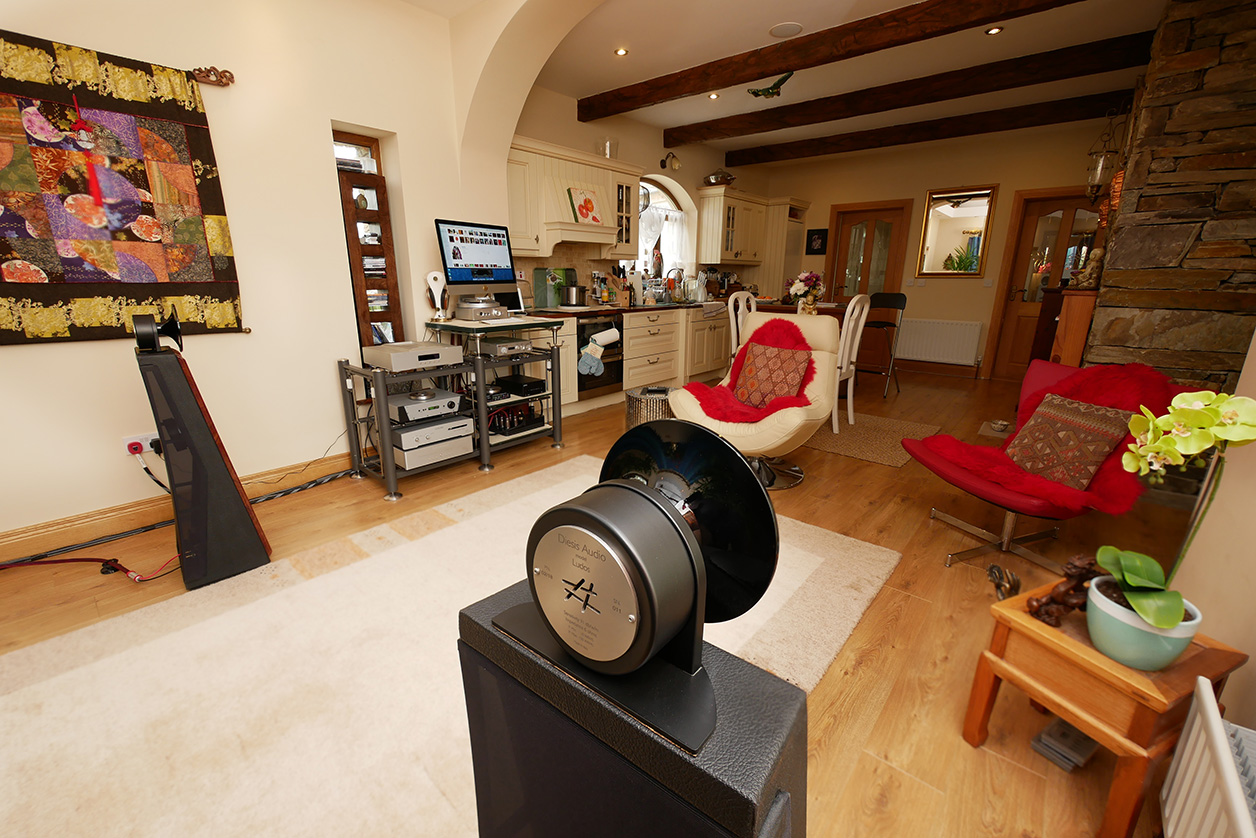 With all my Luddite 'i' and 't' dotted and crossed, I was primed for a return to 'ancient' tech of box-less speakers with modern dynamic not planar drivers.

Being in the mood for some groovy Natasha Atlas past her Transglobal Underground era, I cued up "Oully Ya Sahib" from Mishmaoul to check on proper balance between low bass, male/female vocals and flute. Check. Written.

It was time to enjoy the extra density of tone and imaging that's typical of dynamic dipoles. Above 300Hz, they energize a room far more comprehensively than direct radiators. They literally put out more sound in the room. Even at identical loudness in the seat, it still registers as louder or denser than monopoles. First and foremost however, I keyed into their genie-out-of-the-bottle ease. Privately I refer to it as gush factor. Unlike its counterpoint damping factor, it's not part of the approved audiophile glossary. But it's a very tangible sense of music that doesn't squeeze out of boxes like toothpaste but billows freely like grand sails in a stiff breeze. 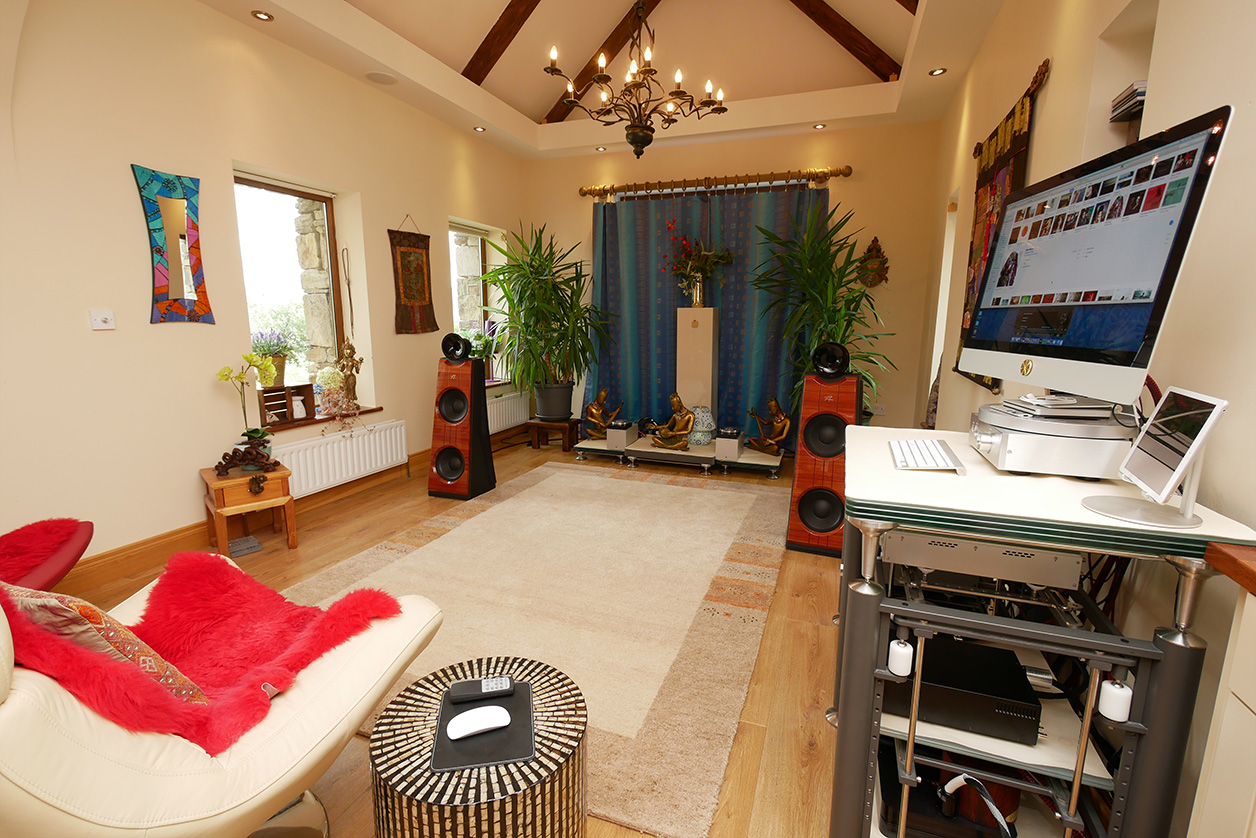 Particularly on complex big music, the difference in majesty, dynamic scaling and saturated mass was very enjoyable. Naturally, I followed the prompt to cull freely from that part of our library. Just as happy was the total absence of bass blotchiness from room modes. I was in a no-drone zone for smooth take-offs with even heavy artillery like "Gold Dust Bacchanalia" from the Kamasutra soundtrack with its elephantine stomps. Try this loud and see what happens at 0:40, then what adds itself at 1:05 in the lowest bass.

Absence of all low-frequency boom is a major benefit of the open-baffle concept with its figure-8 cancellation of counter-phase signal at its baffle edges. Ludos offered that advantage loud and clear even if, as already indicated, its narrower baffle meant that the frequency of the first wraparound was higher to start the cancellation sooner. But since even with 18" woofers I'd never yet hosted a dipole which could get past 30Hz, I'd rather have a cosmetically far smaller speaker with an active subwoofer than big room dividers plus a sub. Like our Zu Druid VI, this 10-inch mid/woofer wasn't as informative in its upper band as the far smaller drivers I was just then listening to upstairs with the sound|kaos Vox 3, Camerton Binom-1 or Deeptime Spirula. So I swapped out those two terminal-strip Mundorf resistors to pursue more openness as promised from them. Another written check.