Compared to some of the more refined DACs on hand, Ares II did show limits in soundstaging, bass definition and treble elegance. Breadth/depth of stage is what you'll notice most when stepping up to my Aurender whose higher resolution provides keener spacial cues to let the musical scenery expand well beyond the speakers. Ares II keeps things between them so more two-dimensional. Tonally both Denafrips sound richer than Aurender to better showcase tonal nuance in the midrange. Over Ares II, the Aurender provides more insight into the bass with more definition and tighter transients. Though Ares II paints in vibrant colors, compared to Aurender they felt more like crayons by lacking a bit in nuance and definition. Hence I didn't find Ares II to be a desirable upgrade when already owning the Aurender. 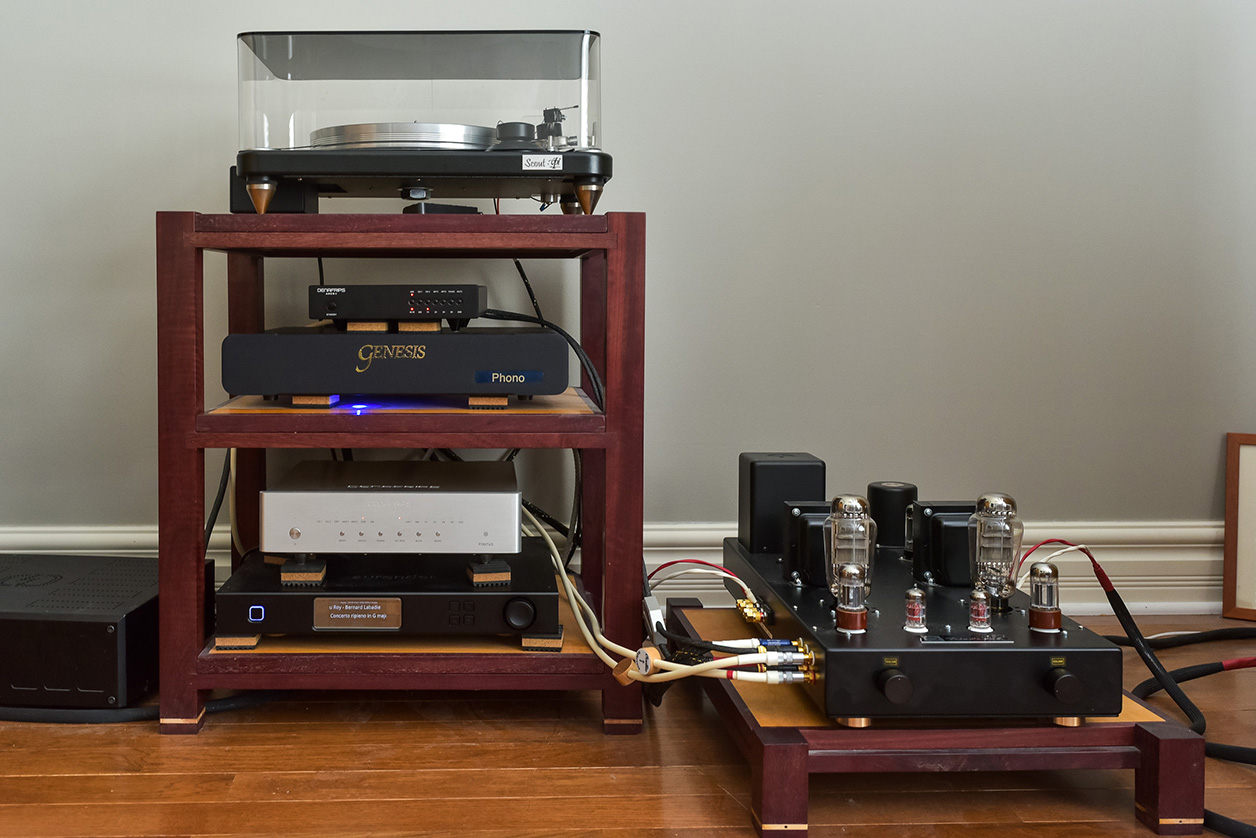 That's where Pontus came in. Take all the qualities of Ares II, then add the next level of definition, transient sharpness and overall refinement. The effect is quite striking. Envision a picture that had some low-level details obscured. Suddenly a light from within reveals those missing details. It doesn't make tone colors paler. There's no bleaching, no undue sharpness or glare. It's indeed the same picture, just with more information. With Pontus you hear bigger space, room echoes that lack with Ares II, musicians breathing. You gain a more organic impression because real life has many of those little parasitic sounds that only are noticed when stripped out but which contribute to the live feel.

When comparing the same recordings on Pontus and Aurender A10, the balance tilted clearly in favor of Pontus. It gave me a slightly greater sense of ambiance with richer tone and a truer sense of venue. When I reviewed the A10 and gave it an award, I described it as a $3'000 streamer with a $2'500 DAC. I stand by that but key here is that Pontus was an audible improvement over that $2'500 DAC; for almost €1'000 less. Until now I always recommended the Aurender A10 to anyone asking advice on a good streamer/DAC in the $5'000 range because digital separates never seemed to pay off. Going forward, I won't hesitate to instead recommend an Aurender N100H with Denafrips Pontus for better sonics at a lower price.

In the middle of this assignment a friend dropped off his Chord Qutest. It reminded me that although I do have various DACs in my arsenal, they all land in the mid to warmer part of the continuum. I don't own a single converter that's optimized for extreme resolution and inner illumination. That's the Chord Qutest. Apart from a price similar to Pontus, the two couldn't be more different. Pontus is an 8.5kg beast with overbuilt power supply. Qutest is minuscule to barely hit 1.5kg. Pontus offers many more inputs/outputs than the Qutest's BNC and USB with a single set of circuit-mount RCA outputs. Sonically Qutest plays it light and nimble, with very sharp reflexes and extreme resolution. Pontus has a warmer far more saturated tonal disposition. Qutest bass is wiry, Pontus does it meaty. Qutest evokes high-caffeine espresso, Pontus is a French café au lait. Qutest and Pontus won't serve the same listener. I'm still glad to know that options like Qutest exist for those who want them. They just aren't my cuppa. And guess what? I lent my friend the Denafrips Ares II and although he acknowledged its gorgeous tonal colors and seductive midrange, he missed the speed and excitement of his Chord.