The differences between Terminator and Terminator-Plus are much better covered in Srajan's review. As he learnt, the Plus is not so much an incremental upgrade but rather a new statement product with a completely new reclocking scheme. 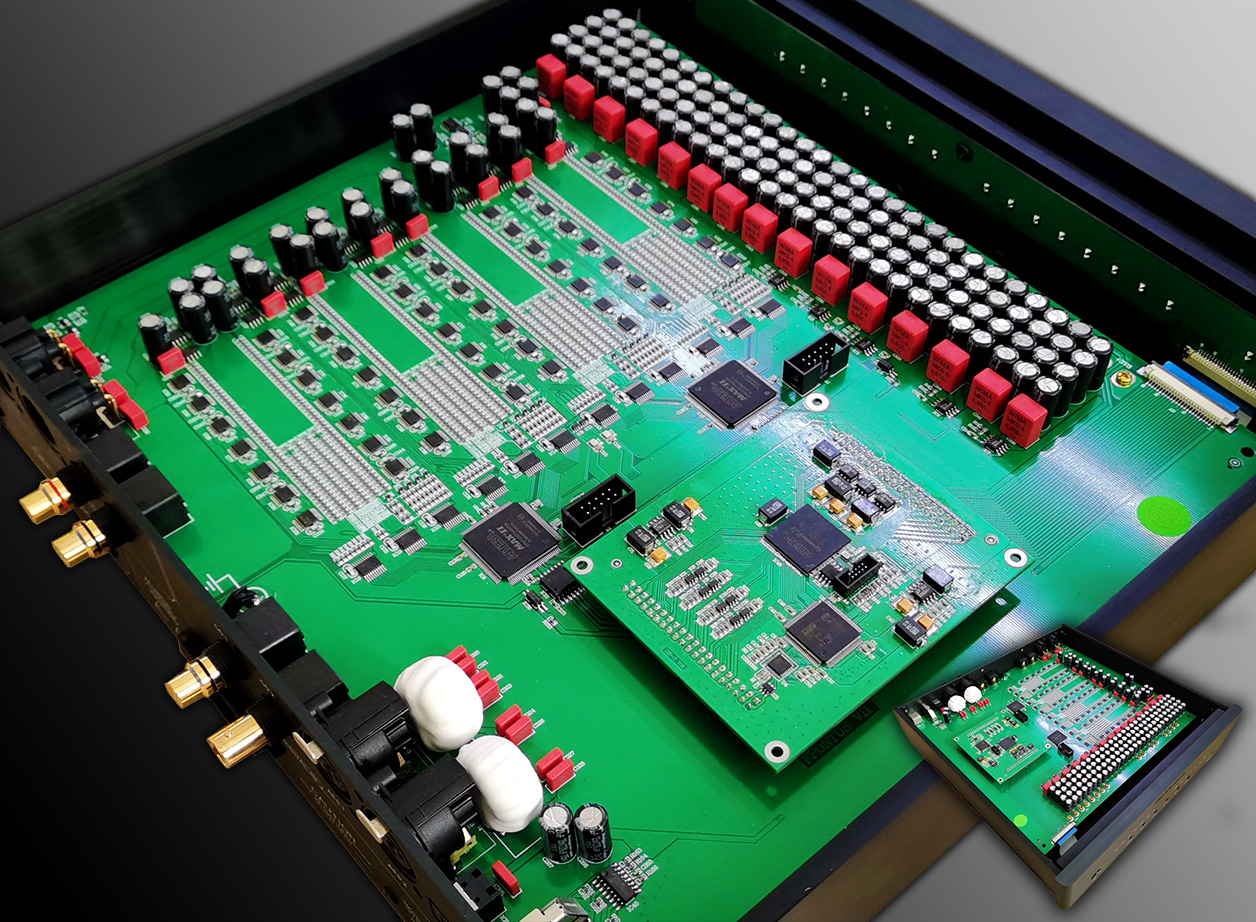 Going from Terminator to Terminator-Plus provides not just upgrades but completely new features such as:

As much as the Denafrips and Vinshine websites focus on the conceptual similarities between all their DACs, hopefully this systematic journey through the line shows that moving from Ares II to Terminator-Plus is far from a simple affairs of cosmetics and connectors but a very deliberate progression in refinement and execution for what is indeed a common idea at the start. Some things were very obvious very quickly. There's a strong family sound among today's models but as their execution gets more complex and refined, so does their ability to portray nuance and detail. Before jumping into my listening notes, a few words about the references I used. First and foremost I remain faithful to the Ocellia speakers with Canada's Triode Lab 2A3 integrated. So expect tone and microdynamics in the midrange to be far more critical than bass depth or crystalline treble all the way to heaven. It also implies that all compression, undesirable tension or tonal glassiness will telegraph ruthlessly; and that if you're a headbanger, my findings won't be too relevant to how you enjoy playback. On the source end, all DACs saw USB from my Aurender A10 without any reclocking or filter engaged. This let me hear the unadulterated effect of each DAC. I thought this fairly critical when one of the key benefits Denafrips claim comes from their proprietary input module on a programmable gate array. I used a fairly even balance of DSD, Redbook and hi-res PCM off the A10's internal drive, with some 16/44.1 Tidal streaming (Denafrips don't do MQA) thrown in for novelty and discovery.

Five DACs in total were in play: the two Denafrips, a Burson Swing with Vivid opamps which now sells at $599; and the DAC of the Playback Design IPS-3 integrated which hasn't been available for a few years but retailed around $13'000 at launch. Finally I had the DAC inside my Aurender A10 streamer. The Burson Swing made sense having been very favorably reviewed by myself and others. It sets the bar for aggressively priced converters built around the ESS Sabre Pro. I view the Swing as the yard stick which any DAC asking more than $500 must clear. Over the past year it has embarrassed quite a few contestants including my own far more expensive SOtM DAC. That why that wasn't included here.