An embarrassment of riches was to insert Gaia between Avatar and T+. Avatar spit out AES/EBU into Gaia, Gaia I²S into the Terminator Plus. As it happened, it also was embarrassing overkill. My ears spit out nothing for my brain to register. If Avatar was my only source, I'd forget all about Gaia. If Avatar was my second source and the other a streaming computer, I'd consider Gaia essential for the latter. Then I'd loop Avatar through Gaia to benefit from the same error-forward reclocking advantage without having to redo clock cables. (If you're a strict separatist, there are BNC splitters whereby T1's outputs could be doubled up to feed direct lines to Gaia and Avatar.) 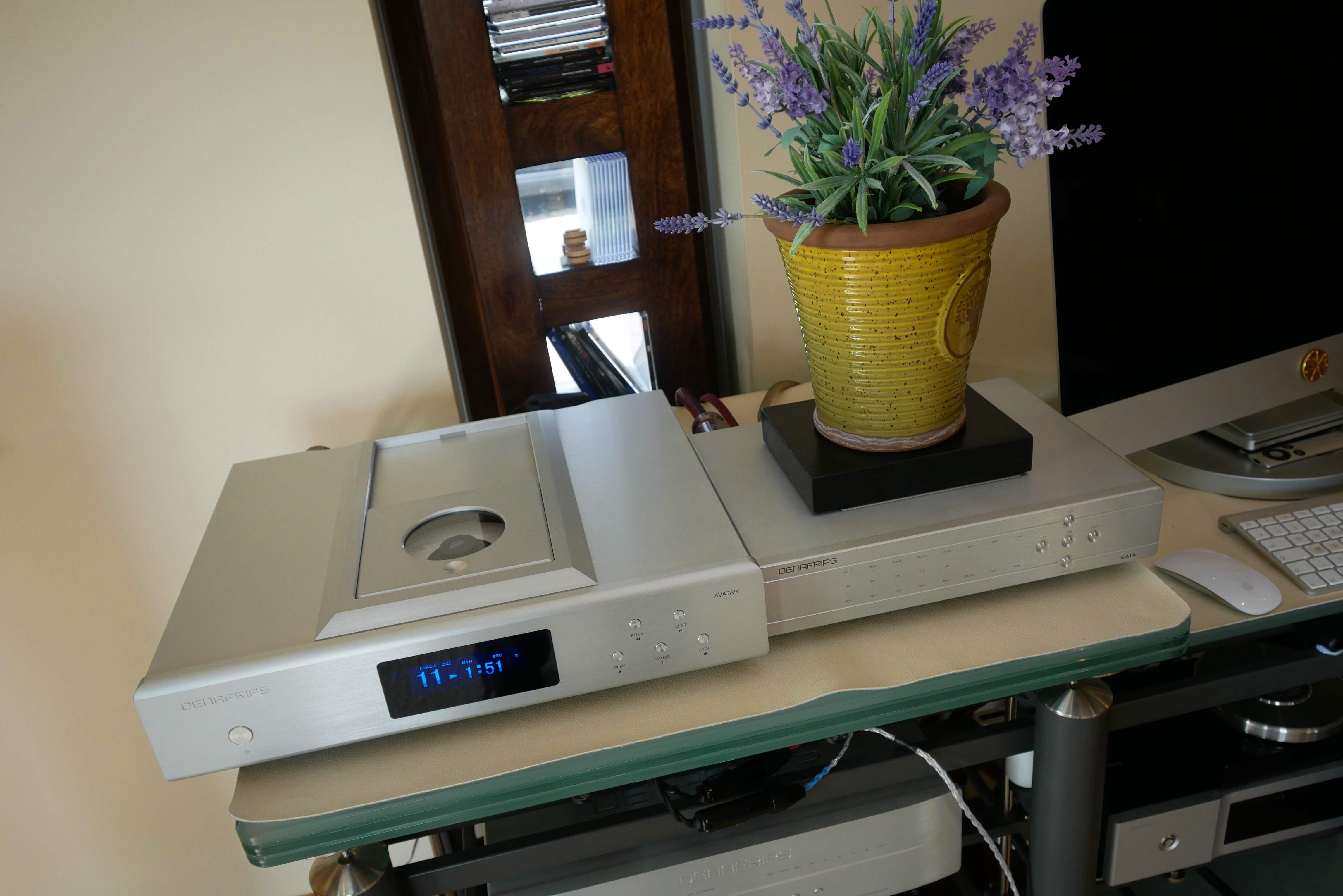 Meanwhile defeating clock-sync on the DAC and moving the HDMI cable from Avatar's port 2 (sync) to port 1 (async) did leave meaningful crumbs under the table. This concerned the 'digital' domain of timing and transient precision, not the 'analog' domain of body and density. With clock sync, the interlinked attributes of snap, propulsion, perceived accuracy, enunciation and specificity all notched up. Without it, they softened up like a camera lens that's one click off perfect focus. Because Avatar's clock sync only works with the Terminator Plus, owners of the latter would be daft not to splurge €25 on a pro-audio clock link and enable this feature.

Breaking it down to spell it out. If you've permanently transitioned to streaming, to now burn 80-minute playlists to CDR just because they'll sound better than your existing PCfi solution wouldn't be convenient at all. A drag'n'drop to SD card to exploit a Soundaware-type card transport is far quicker and not hamstrung by CD's time limit. If you still own a sizable disc library and/or live cosmopolitan like John Darko in Berlin who enjoys continued access to new physical discs, there's no need to buy into 'CD is dead' or 'streaming trumps its sonics'. Both are urban myths. Stick to your format for as long as there's sufficient music on it that you want to hear. Just be sure to spin those discs on a proper transport.

From my canvassing of what was available at the end of September 2020, nothing struck me as versatile, full-featured, well built and affordable as Mr. Zhao's Denafrips Avatar. It's not for the ruling Bluetooth majority of the smart phone party who want free content or rent cheap access to the 24/7 cloud. Avatar is for those who still believe in owning their digital music on a physical carrier.

Then put Avatar on your miniature shortlist. When you investigate the very few alternatives, it could well end up all the way on top as the pound-for-pound champ.

If we strike 'fidget', quite so! Now where's Avatar 2 the movie? With shooting just wrapped, wait until December 2022 to see it.