Our big system features a flagship Denafrips DAC. It replaced a far costlier also discrete R2R Aqua Formula. The firm's reputation thus very much extends to hands-on experience. Their Hestia & Hyperion pre/power combo had acquitted itself highly. So did the Artemis headphone amp. So my expectations for Avatar were high. As I put it in my review of the €24'800 Gryphon Ethos, "for an update on the continued relevance of CD, see this darko.audio article on 2019 sales figures for the UK." 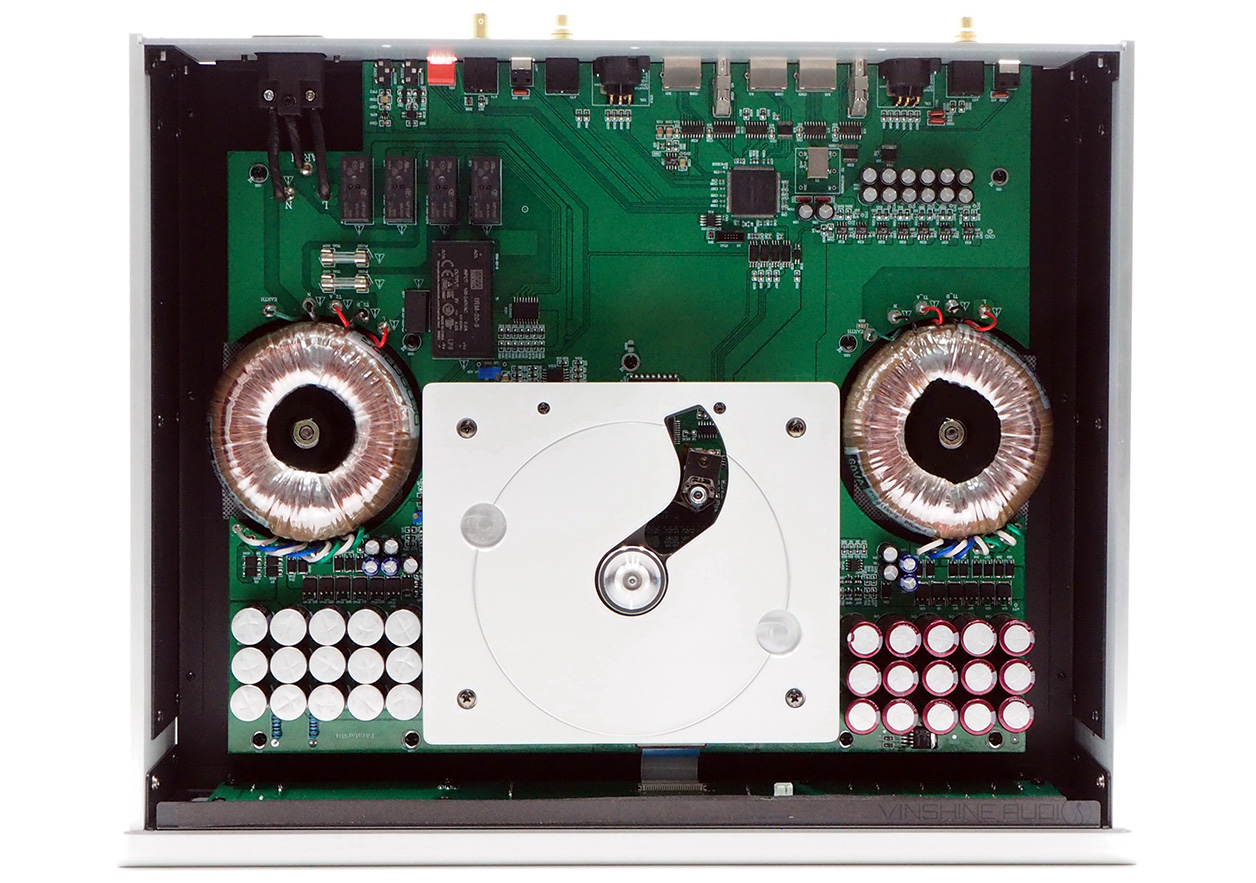 That a single Gryphon—admittedly with a pricier transport, built-in DAC and flashier styling—would buy twenty-five of today's Denafrips is in many ways the whole point of this assignment. It sits smack in the middle of Apple's mid two figures for a USB-powered slot drive; and the solid five figures of Gryphon's ultra player. Call it a low middle-class proposition. It aims at an audience that finds the ever-upward trend of high-end audio pricing not just grotesque but plain out of reach. It's thus irrelevant to pursue, even aspire to. Avatar assumes that you own a DAC you're happy with. It doesn't charge extra by including one. It just gives you all the digital socketry to speak to one of your DAC's unused inputs, whatever format that might be in. For longevity, the entire transport mechanism mounts to a CD table secured by just four bolts and ribbon cable. It's easily swapped so replacements won't involve shipping back the whole deck. 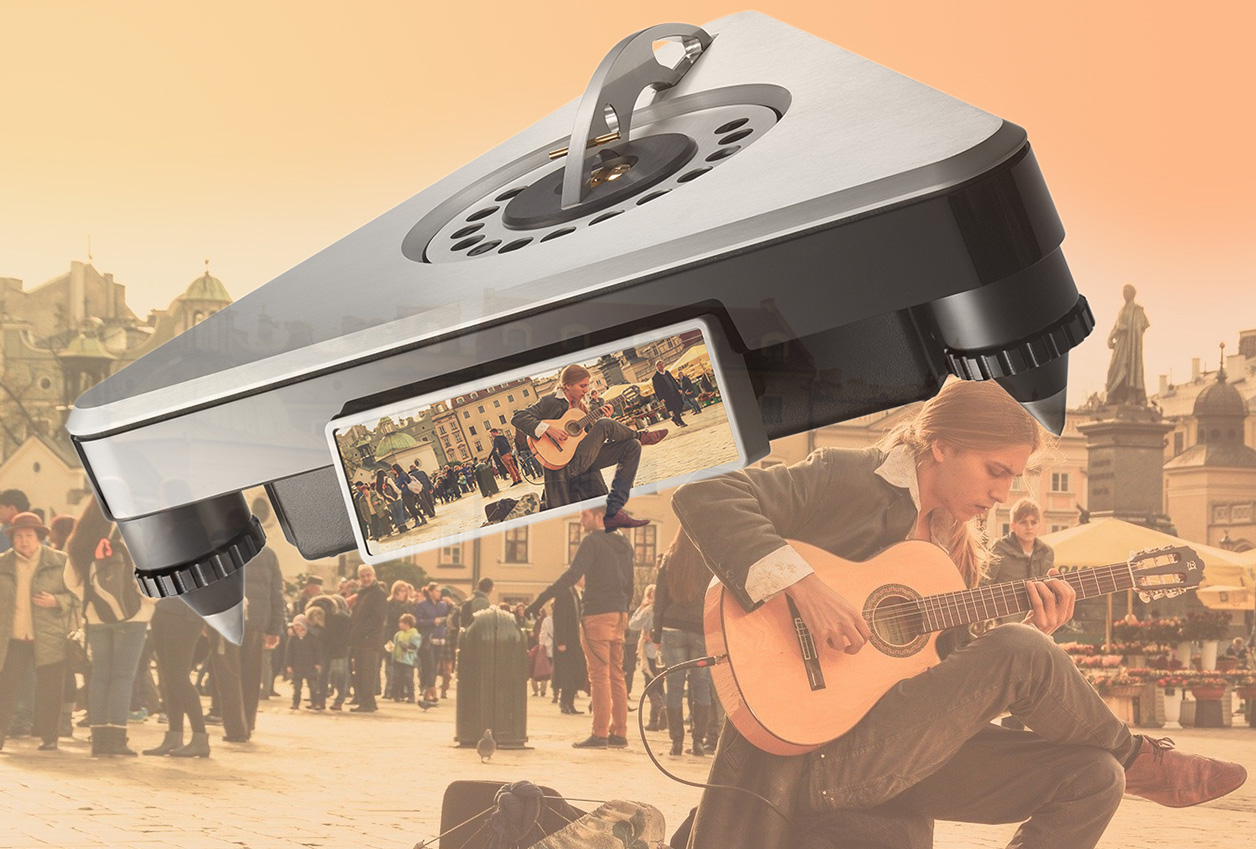 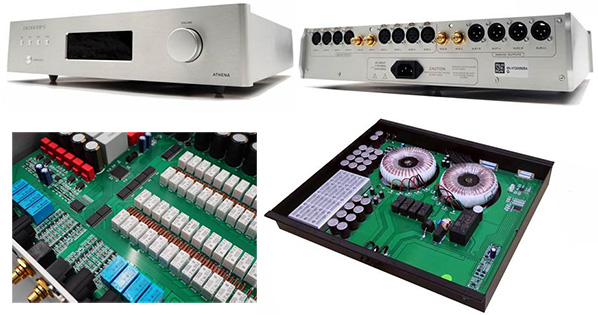 A week after I wrote this, a new Denafrips product announcement hit the airwaves.

This one was for Athena, a fully-balanced preamp with two internal storeys – a fully encapsulated ground floor for a twin-toroid power supply, the upper for a CPU coupled to Darlington arrays which drive a fully balanced relay-based volume control with Dale mil-spec metal film resistors.

Anticipating reactions, Alvin Chee had added "right, I questioned Mr. Zhao about that, too. He said that he wants to set a new price/performance standard for the high-end audio industry".

Avatar was clearly part of the same strategy.

"Given a choice, it's always best to have the most superior 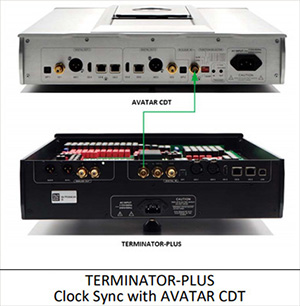 clock as close to the DAC as possible. The Terminator-Plus uses native audio-frequency clocks of 45'1584MHz and 49'152MHz which by simple arithmetic—divide by 1'024— arrive at the audio frequencies of 44.1kHz and 48kHz. We believe strongly that this is the best clock option to maximally control jitter with proper engineering. By contrast, cable-induced jitter from external master clocks is unpredictable and most of them operate at 10MHz to require a complex PLL to regenerate the audio frequencies."

For Avatar/Terminator-Plus owners, a single high-speed 75Ω digital cable can establish that clock link as shown. For those who also/or own a Gaia, both of the Terminator-Plus clock outputs would connect to the corresponding Gaia inputs as shown above. For all manner of digital sources, now Gaia becomes a reclocking hub whose own clocks sync to the master clock right inside the DAC.

For some brief company history: "Denafrips incorporated in 2012. We are in Guangzhou of China where many other high-end audio manufacturers are as well. We design, own the rights to and manufacture all of our products in our 15'000 foot² Panyu/Guangzhou factory. We focus on high-end equipment at very competitive prices. We do not believe that high-end audio must be associated with high prices. Over the years we have accumulated a solid customer base and proven ourselves. Our product speaks for itself as shown by the large number of positive owner feedback and professional reviews from all over the world. Our team has grown from a 5-man company to an enterprise of now 40-50 employees. Our founder and owner is Mr. Zhao. In engineering we have Mr. Mo and Mr. Luo for electronics, Mr. Wu for software and Mr. Yu and Mr. Feng for QC. Our production line is 30 strong. Vinshine Audio Pte Ltd handles global sales, marketing and distribution out of Singapore."

Relative to a new brand and product with great similarities to Denafrips, Mr. Zhao explained by personal email that beside his own brand Denafrips, he's also in the OEM/ODM business to keep his large crew of 50 workers and engineers busy and employed. Those OEM/ODM contracts are protected by non-disclosure agreements so neither he nor his business partners can go into any specifics. It simply means that to insure the long-term success of Denafrips, its proprietary tech could be shared with other brands designed/built in the same factory. It's of course not just the top Denafrips DACs which win awards. Frederic Beudot in our review pages was most impressed already with Ares II and Pontus.