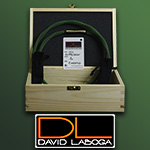 This review first appeared in December 2020 on HifiKnights.com. By request of the manufacturer and permission of the author, it is hereby syndicated to reach a broader audience. All images contained in this piece are the property of Marek Dyba – Ed. 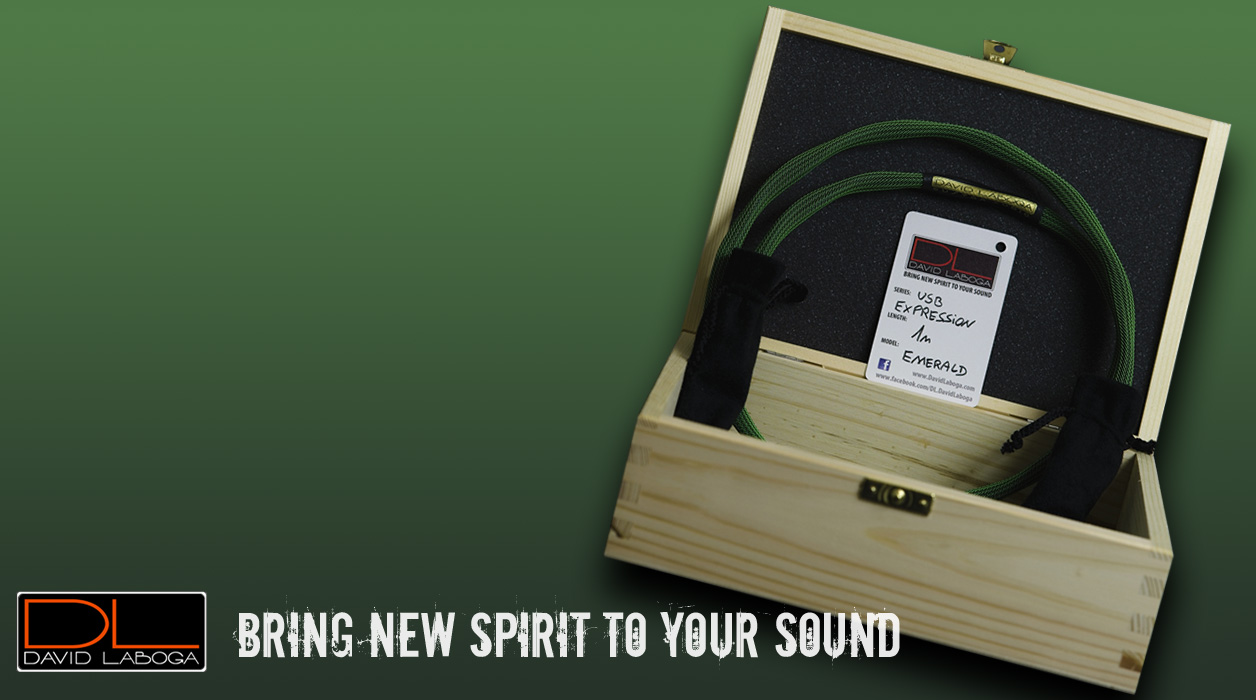 The pro and home audio markets are often viewed as two sides of a barricade yet many renowned brands sell to both. For today I received David Laboga's Expression Emerald USB cable from a company which until recently specialized in cables for professionals. How good did it do in my audiophile system? Read on. Eight years ago I participated in a short but interesting trip to Finland. We went primarily to visit speaker house Amphion. Their boss Anssi Hyvönen made our visit more exciting by taking us to famous Finnish mixing/mastering studio Chartmakers. Anssi wanted us to see his idea in action – using the same speakers on the recording, mastering and playback sides. His assumption is simple. If musicians, studios and fans all use the same speakers, we'll get the closest possible playback rendition as the artists intended it. While it's not possible to realize this unified concept widely through a single speaker brand, Anssi's thinking has a point.

Why mention it here? There's the Amphion/Chartmakers cooperation which started with studio guys trying Amphion and—if I remember correctly— even offering suggestions which helped the maker improve their speakers. After Amphion became an everyday tool in the studio, Anssi started supplying them with other audiophile products including Tara Labs cables. I remember how Henkka Niemistö, one of the studio heads, said that when Anssi brought him these, he thought them okay but nothing special. It's when he switched back to his previous pro-audio specimens that he almost immediately felt his system taking a significant hit. That's the short form of how audiophile cables became residents in a professional recording/mastering studio. Anssi and Henkka planned to conduct further experiments with other audiophile products. Chartmakers' engineers had already seen how high-quality audiophile products may help them do an even better job.

Next is the fact that until now, David Laboga was known mainly among musicians and studio engineers. He's been making guitar-cab speaker, microphone and instrument cables. They're used by numerous famous musicians on their albums. He thus works on the far side of the barricade as some audiophiles will believe when some recordings fail their high expectations. This situation is somewhat opposite to Amphion's. A manufacturer of components for professionals decides that if they work well for them, why wouldn't they for playback? Some audiophiles have been using Mr. David's products for some time not just in Poland. The complete lineup includes analogue interconnects, speakers cables and jumpers, USB, Ethernet, coaxial S/PDIF and AES/EBU. For this review I received their entry-level USB, one of currently three models. It belongs to the Expression range and goes by Emerald. As Laboga explained, while already used and appreciated by numerous studio professionals, it is intended primarily for the audiophile market.

Obviously Laboga isn't the first to offer products to both professionals and audiophiles. Most brands which do simply focus on loudspeakers and electronics [A.D.A.M, Benchmark, Weiss etc – Ed.]. The few which do cables usually maintain separate lines for professionals and home users. Most studios still prefer cables dedicated to professional apps. Chartmakers cases are rare. Of course the sound engineers who created the recordings commonly recognized as the best ever made—mostly from 30-50 years ago—did not use audiophile cables. Those didn't exist yet. Still, today's example proves that high-class audiophile cables can be appreciated by professionals. Both sides should keep an open mind. Use components that best suit your needs regardless of whether they're intended for the professional or audiophile market.