This next part could condense down to the fact that to my ears, the IC3 CG behaved very much like its S3 sibling on voicing and potency. Considering their shared core, that was no surprise. Key qualities included exceptional quietness with those familiar hauntingly dark backdrops and virtual outlines suspended in almost visible fashion. That wasn't chiseled and rough but round, firm, moist, texturally generous and very much alive. The sensation of omnipresent calmness translated to relaxation, to being free from any tension, effort or tonal makeover. Upon repertoire demand, fierce powerful jabs could explode from gentle transition unexpectedly and apparently out of nowhere. 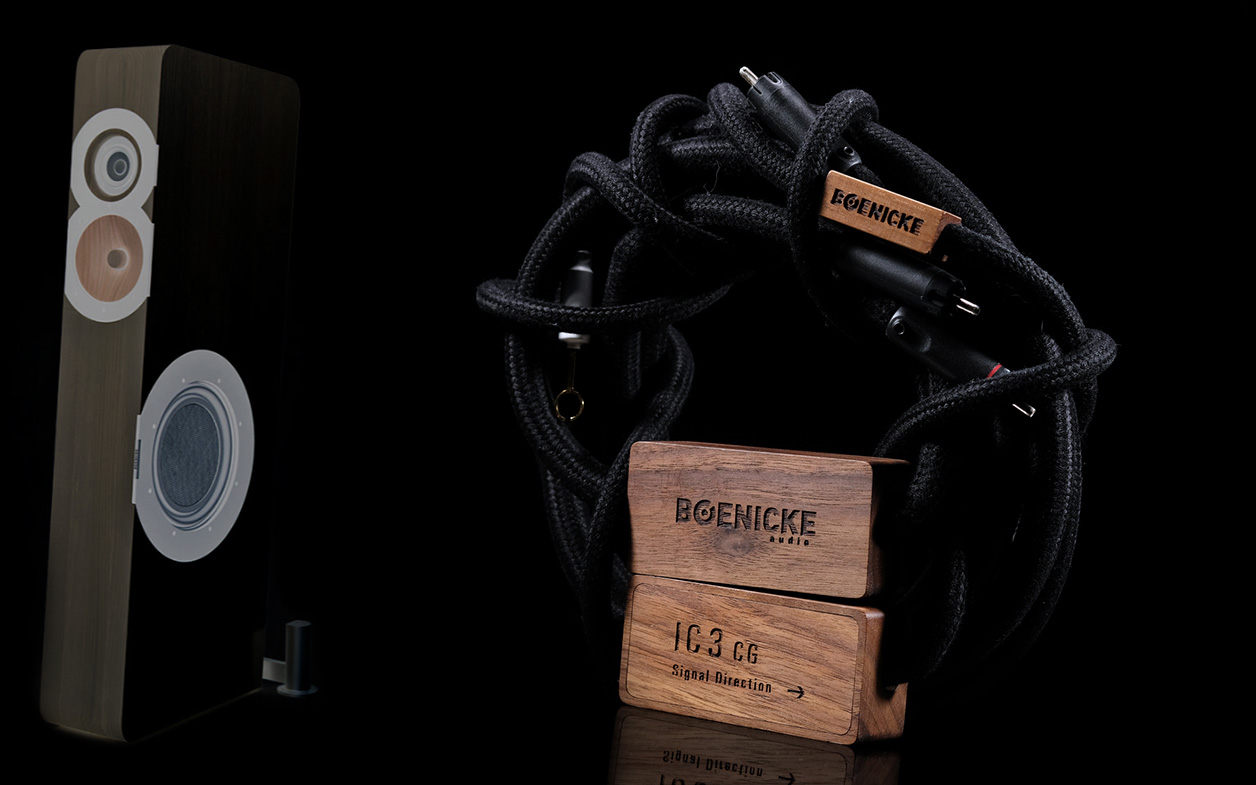 Calm by nature, soothing and even slightly sweet, such background blackness supported agility and power. My ears thus far associated such blackness with mellow richness and fine but natural detail, not necessarily wide dynamic contrast. The IC3 CG included composure, coherence and textural charm which is what my focus was on. Then it broke my personal rule by adding exceptional speed and slam upon demand. It didn't prioritize these traits but like a world-class magician summoned them up from out of virtual nothingness behind the musicians. I wasn't aware that interconnects could do that but now I am.

My Audiomica interconnects didn't reach as low, instead boosted the upper bass, were cooler and not as extended on top. Their midrange was paler and grainier, backgrounds weren't as pristine. The evidence was more than enough to view this not as a proper match but slaughter instead. Boenicke's IC3 CG made quick brutal work of its opponent. Given a price multiplier of eight plus, that wasn't a surprise. More importantly, the Swiss had a big upper hand on sheer power. Everything became fleshier, more present, intelligible and alive. One swap was all it took to get that memo. Audiomica's Excellence interconnects are situational products. They're designed to work in very specific non-mainstream company. Boenicke's clear superiority extended to aural technicalities unrelated to any voicing: openness, clarity, soundstage depth, smoothness, image size and presence, spatial expansiveness and more. I saw no aspect where the domestic interconnect could compete. 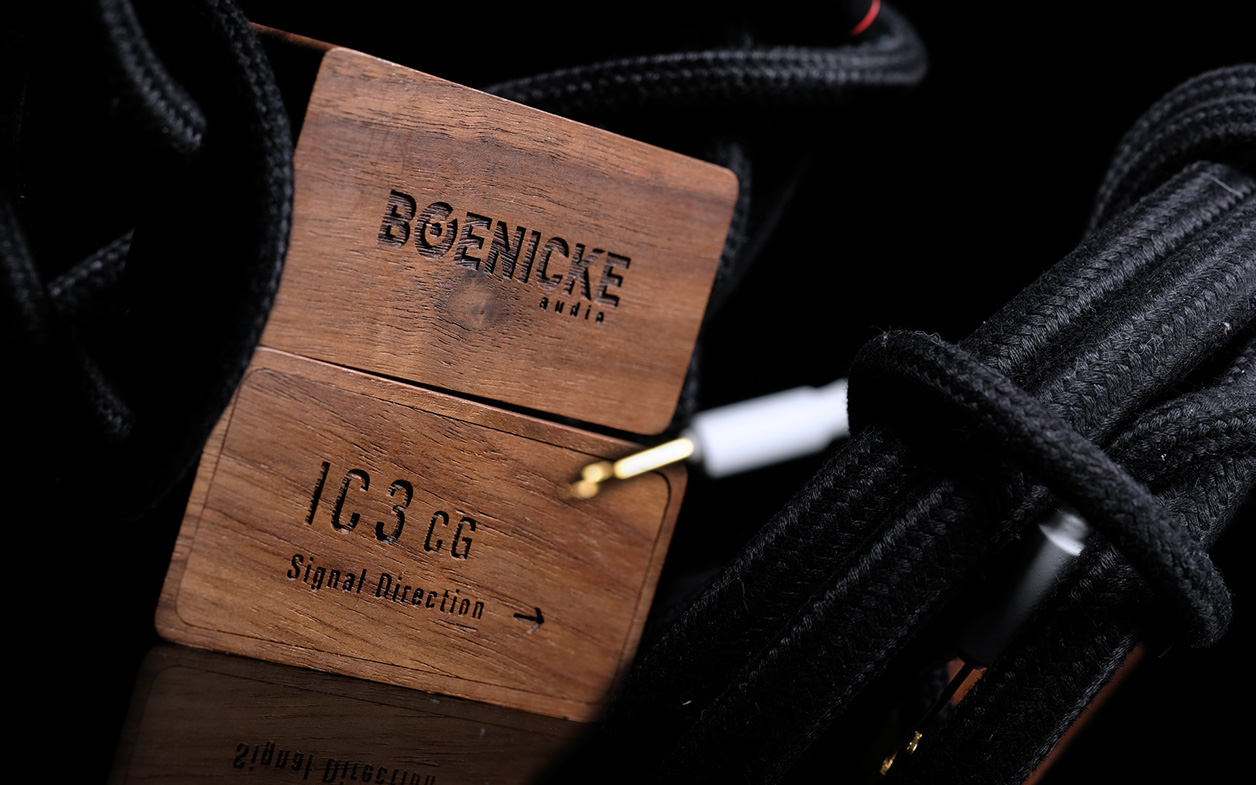 It didn't take long to know what kind of animal the IC3 CG was. It sang according to what was on my playlist but always did so relaxed and pleasantly moist. Due to its inherently civilized silent approach, some tracks rendered better than I knew them. They were more vivid, saturated and scored extra points on clarity without being chunkier, warmer or more lit up. When the evaluation stage moved to component triangulation, the cable was as universal as its loudspeaker sibling had been. It acted as if it had zero interest in what components it saw. My two similarly big yet differently voiced integrated amplifiers did their work in familiar fashion yet the IC3 CG significantly improved their performance. The 925 quickened into more openness yet still leaned towards its embedded charm. The EX-M1 gained textural viscosity while speed and power remained its normal key attractions. Where I'd thought that the Bakoon AMP-13R + Susvara combo couldn't get any better, the IC3 CG made their team work even more insightful, expressive and spatially bigger with no strings attached. Resolution thrives on silence after all.