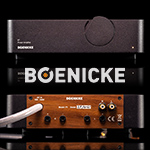 This review first appeared in October 2022 on HifiKnights.com. By request of the manufacturer and permission of the author, it is hereby syndicated to reach a broader audience. All images contained in this piece are the property of Dawid Grzyb – Ed. 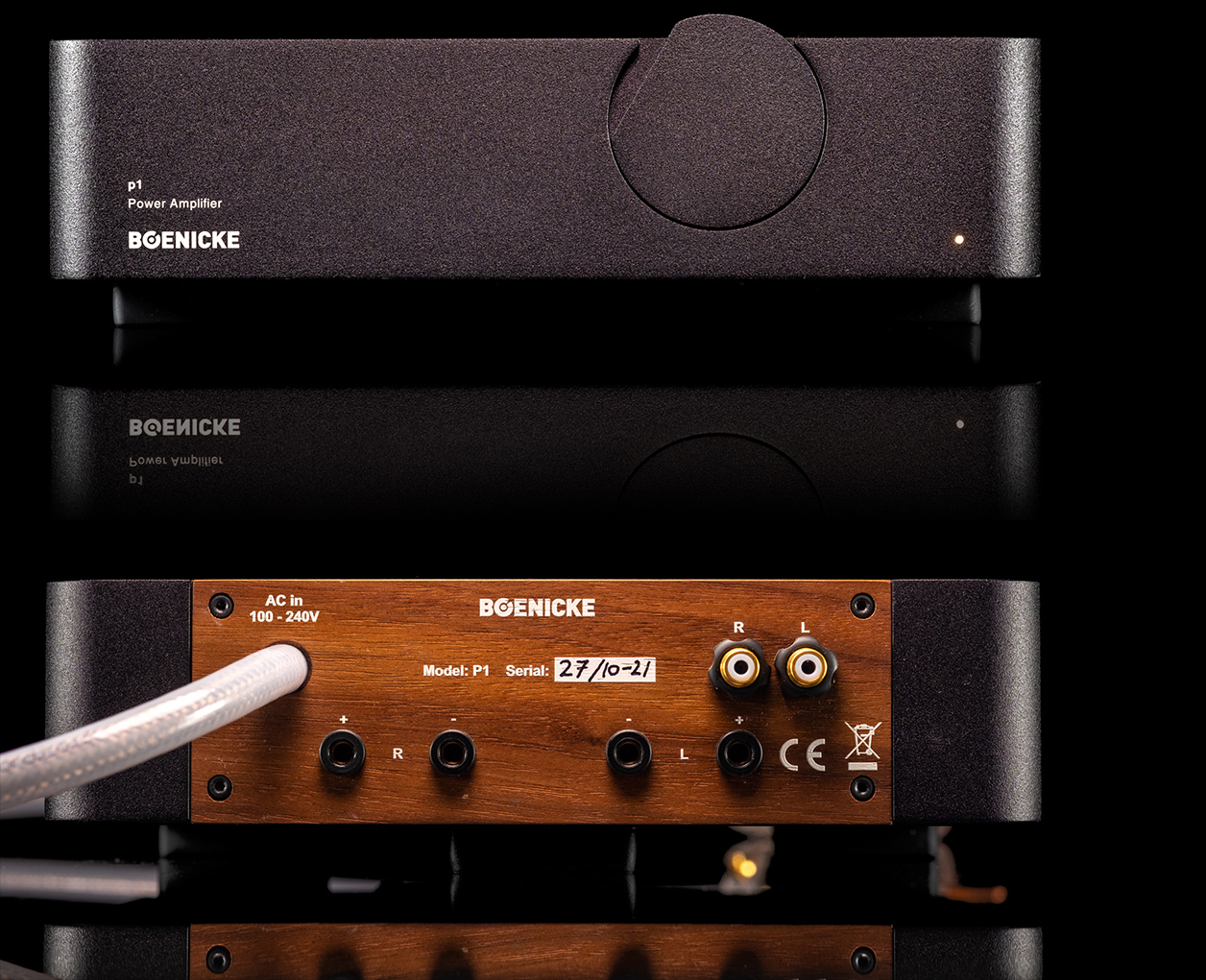 The Boenicke Audio p1 is Sven Boenicke's first commercially available electronic component. This tiny power amp sells for less than most his other products. Now it's time to find out how it performs. Boenicke workouts here at HiFiknights.com show superb cardio so four speaker reviews (W5, W8, W11 SE and W11 SE+), three cable stories (S3, IC3 CG and M3), one passive power distributor session (Power Gate) and the most recent on a signal emitter (ComDev). This nine-strong coverage puts Boenicke right next to LessLoss and above any other audio house we've chronicled while the Boenicke archive by Srajan is just as large. Although our Swiss designer is known primarily for speakers which remain his bread and butter, the current lineup doesn't quite communicate that; or at least I don't think so. Today we find there multiple products in support of the core. That's hardly surprising. Most manufacturers expand to complement what they started with once their position in the industry is securely established. Sven did too, albeit in a particularly teasing style. 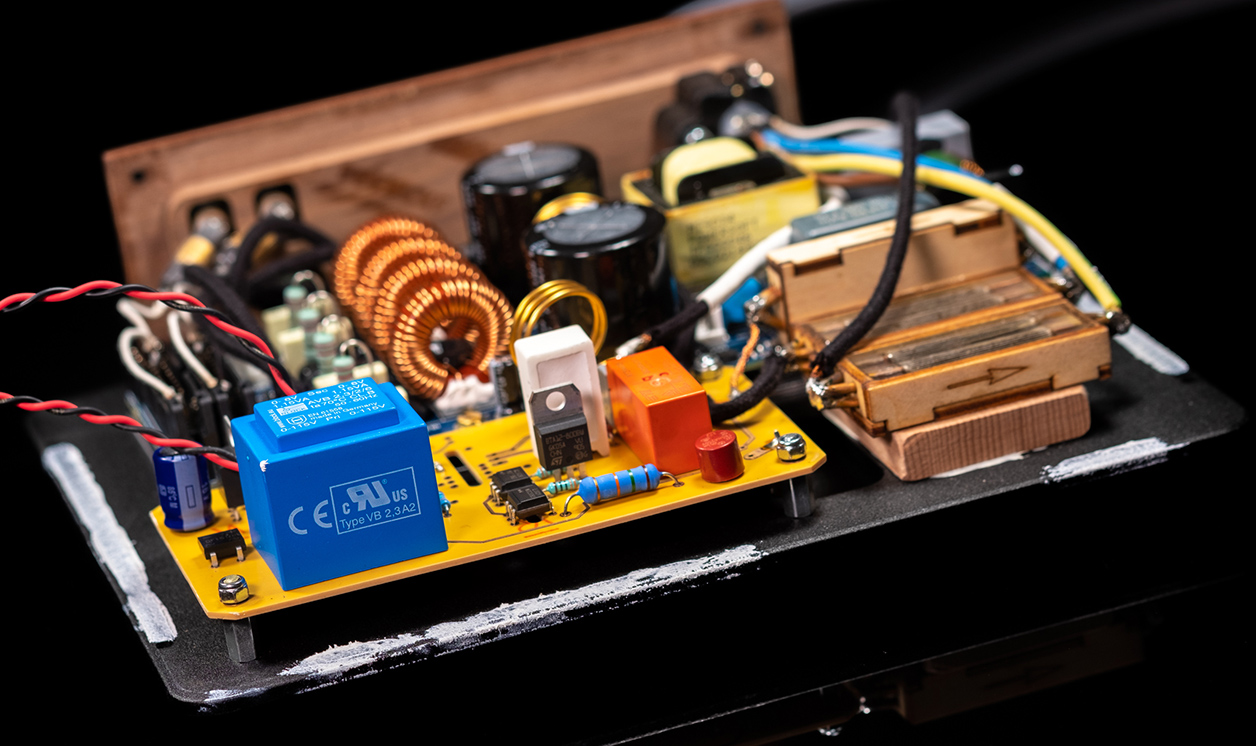 I can't remember how many Boenicke Audio exhibits I visited across the years. More than a dozen? That's a conservative guess. Alongside Sven's usual suspects of speakers, cables and  accessories, I often saw electronic designs that seemed to be finished, fully operational efforts. Alas they weren't for sale and he in no hurry to commercialize 'em. Each time we met in Warsaw or Munich, I naturally asked when any of them might release. The man always remained unfazed with the same answer. Soon. As an owner of two Boenicke speakers, I was naturally keen to learn more about hardware tailormade for them. I imagine many of his customers were as well. He must have heard questions like mine countless times. After getting to know Sven better, I finally understood why he took his time. Audio shows were his testing grounds where he gathered visitor feedback, observed reactions and responded one iterative step at a time.

It's no secret that all Boenicke products are infused with outsourced tech one way or another. Sven relies on experts like Louis Motek of LessLoss, Serge Schmidlin of Audio Consulting, Volker Bajorat of Clockwork Audio and others. Knowing the right people is essential, having a knack for targeting exotic parts/processes that net stout results even more so. While he's particularly known for tweakiness, his electronic designs remain destined to emerge at a slow pace because he constantly alters them, personally assembles each one and still runs a successful speaker house which takes up a lot of time. That aside, the current Boenicke electronic branch already teases an integrated amp named i2, preamps v1 and v3, DACs c1 and C3 and power amps p1 and p3. The higher the number, the larger and costlier the machine. Many are radically ambitious affairs built upon battery PSU, transformer volume control and unorthodox circuits generously sprinkled with Sven's usual passive tweaks. Most are still works in progress. For now only the flagship v3 pre and entry-level p1 power amp are ready. Srajan's original p1 review explained in detail what it is and recently I had my own chance to sample its harmonized version. Considering all of the above, of course I was game. 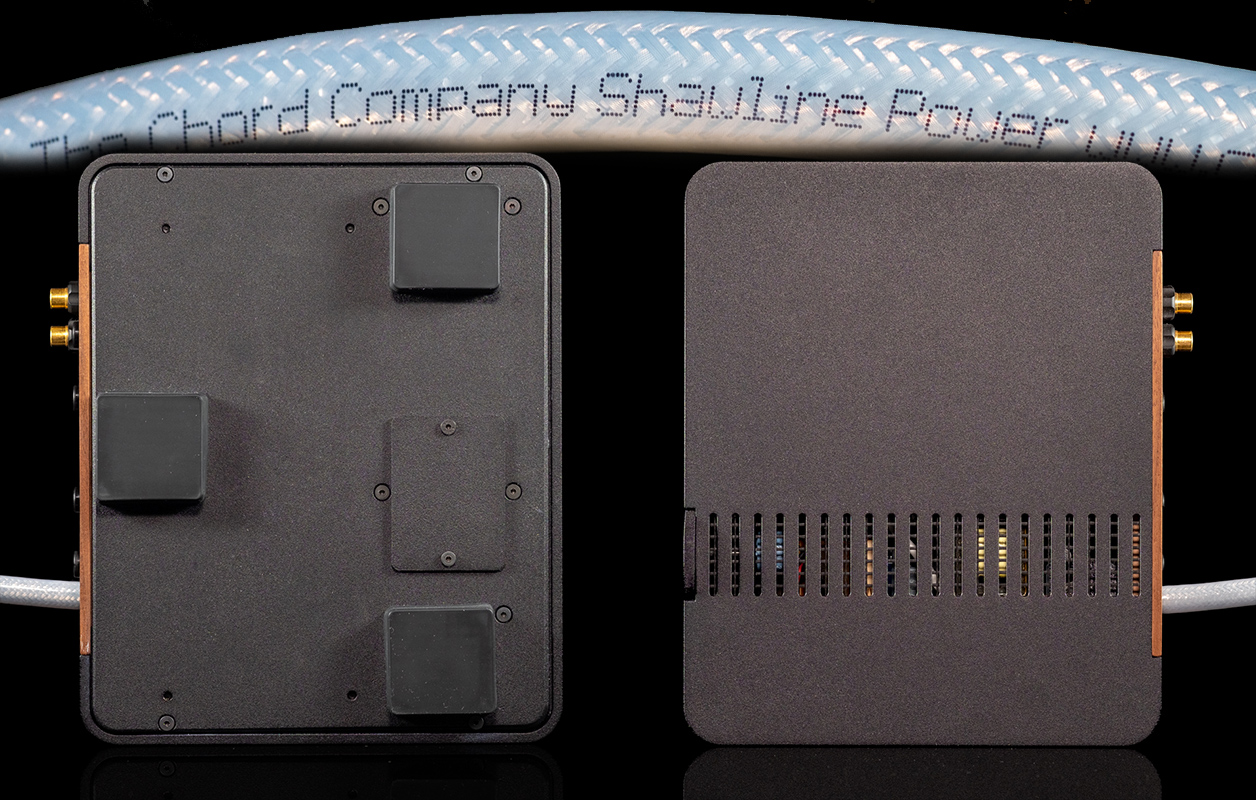 The p1 delivered inside the same cardboard packaging as W5 monitors ship in. The box simply contained different internal braces to secure the amp inside a thick woollen bag. No extras came with but given the p1's type, none were mandatory. It's a power amp after all so very simple to use. Its exceptionally compact 75 x 202 x 230mm HxDxW footprint and 4.3kg mass are in the ballpark of AGD's Tempo amp I recently reviewed. The p1 too is a class D affair which here packs 300wpc into 8Ω, draws 11W at idle, is 100-240V compliant and shows an input impedance of 11.5kΩ. These are all the specs we get. The amp can be had either powder-coated black or anodized silver. With VAT it sells for CHF 4'279/4'524 respectively. At CHF 2'428, Srajan's non-harmonized silver p1 loaner had been noticeably more affordable. It's fair to explain why. Half the price difference goes to mysterious GreenHarmonia processing whose efficacy Sven is most fond of. I haven't the faintest how much of an impact this has on my unit's behavior but I imagine it to be yet another finding of his that does something. The remaining extra cost is the effect of dealer margins. The p1 is now available also via these traditional channels so no longer just direct.