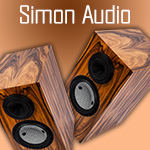 Going to 11 with 5+6. At 47.9 square inches, N°56's combined fore/aft bass surface matches that of an 7.8" woofer. Despite a shoe-box cab fitting nothing bigger than a size 41 pair of loafers, it gives the smaller of the two Avantages realistic midband heft. The  teeter totter of bass and treble doesn't really tip up to elevate the 3kHz+ range. It's only when one plays louder than what I'd find appropriate for our 24m² room that a brighter/harder trait crept in over our ultra wide-bandwidth DC-coupled Bakoon AMP-13R. Playing instead Simon Audio's warmer slower i5 integrated with stock 'Classic' Burson opamps didn't. Regular readers just a few week prior saw my Simon Audio M3 report. They'll hope for some comparative comments at least in passing. On bandwidth Franck's N°68 would be the closer equal though the M3 would still win on raw bass power. On textural elegance and temporal fluidity, Alain Pratali's design with its stacked 1st-order filters, ultra low-mass horn tweeter and Onken-style port achieved a higher level of suavity and wider color spectrum for richer tone. If we group those aspects under one flavor/type, I'd call the M3 the more fluid, supple and saturated, Franck's more studio-monitor crisp and angularly exact. As such, today's visitors were closer to our resident Acelec Model One. 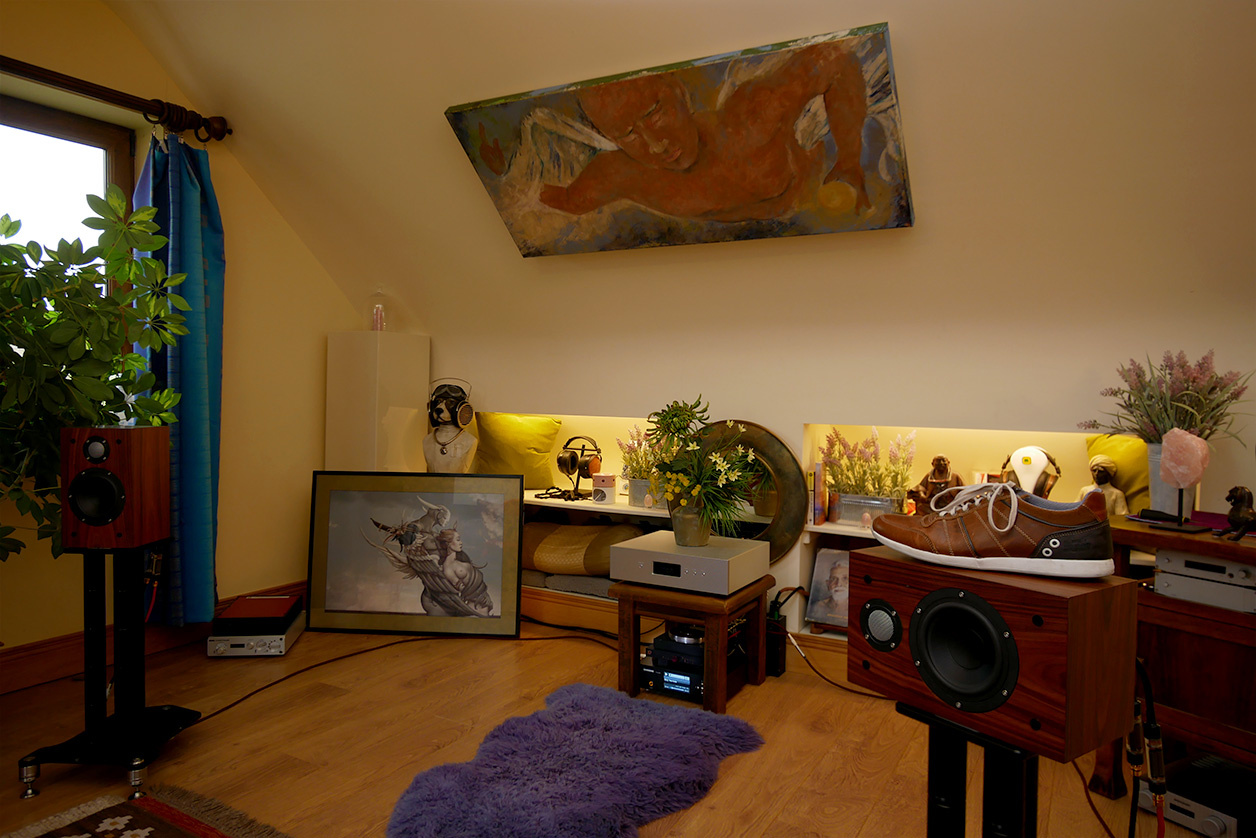 My size 43/10 shoe had to sit at an angle or it would have hung over. That's a useful size reference.

It won't come as a surprise that the N°68's bigger midrange plus broader radiator added 11" gravitas over the N°56's quasi 8" 2-way. The N°68 maintained similar tonal weight off the fast very lucid Bakoon to what the smaller box wrought from Simon Audio's warmer heavier bassier i5. It's how hardware shuffles naturally compensate. Yet Franck's proprietary mid/woofers and diamond-coated tweeter were capable of resolution beyond the i5's. The Korean €2'495 integrated effectively acted as very pleasant gravitationally enhanced bottleneck whose textural moisturizer action beautified whilst also dumbed down our Parisians a bit. I thus upgraded their front end to Kinki Studio's DAC and had the Bakoon beneath the foot stool retire the Simon into the corner.

If pictures speak louder than words, then real sounds talk more precisely about what type bass extension to expect from the N°56. Follow Antonio Rey's deliciously modern rumba for just one minute. Pay attention to its bass. None of what's here eludes the speaker's reach. If that has you covered, you really need no more. Given rampant overkill mentality, that might look a bit shocking but is nonetheless true. Know what you need so you don't buy more than what you actually use.

The N°68 builds out the foundation to do justice to lower synth bass without that extra transient pop and striated wiriness our 12" downfiring sealed Zu Submission sub adds when bled in for just a bit of overlay and extra cycles. Franck's midrange-first mandate makes neither the low nor high registers more important. Anyone who conflates diamond with 'glitter' and 'lens flare' to expect unusual high-frequency sparkle is equally off. Like the bass, the high registers are a simple continuation of the vocal range. They impress by staying in line. At least that was my upstairs read with lower-powered integrated amps which played within the speakers' fiscal 'hood. Franck's room of course is far larger, his front end dCS and his amplification very powerful class A Karan Acoustics. What would happen if I mirrored that on my end as closely as I could?